My Adelaide with Trent Parke

Trent Parke has become one of Australia’s most lauded photographers. Much of his work has been enabled by living in Adelaide, where there is “space and freedom to dream of ideas." 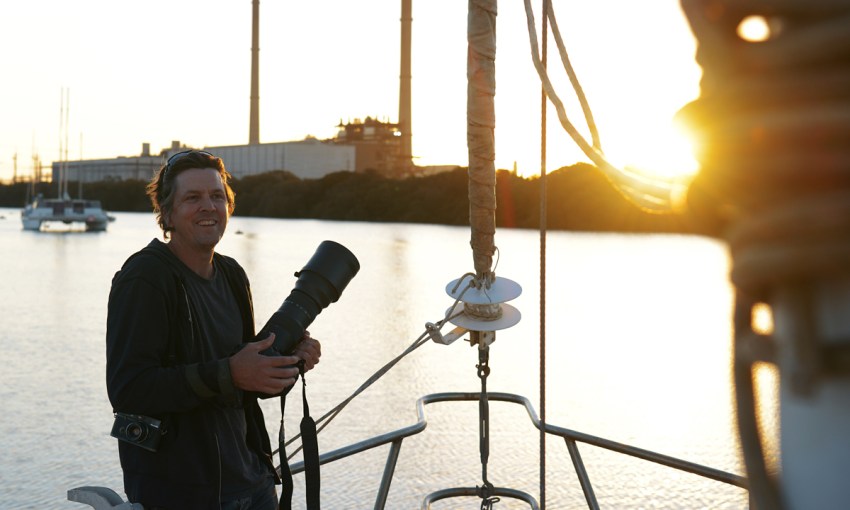 “The kids were born in Sydney,” says Trent. “We were living near Kirribilli at the time and we moved here a couple of years after Jem was born. He’s now 13, so it was about 11 or so years ago.

“In Sydney you were just sitting in traffic for two hours getting from one side of the city to the other. The boys needed some space, we needed help, and Narelle [Autio – Trent’s creative collaborator and partner] – her family is in Adelaide. She grew up here.

“So, we came, and I love it. It’s so open and so easy. I’m not sure how I could ever have lived in Sydney.

“When we first moved… that was the big difference. You’re in this bustling city and there’s so much going on in galleries and with other artists, and then all of a sudden you’re here in a house by the beach and it’s just quiet.

“You’re surrounded by silence. It’s helped our work. There is a lot of photographers, a lot of people, working in Sydney and we came to Adelaide and we were out on our own. There’s a kind of freedom and a lot of space to be able to dream like I do.

“It was when I got here that The Black Rose all opened up because I had all this space and time and nothing around me – it was a real time to reflect.

“The restriction of being in one area [while creating] makes you work harder to come up with something and then that leads to something better. The smallest space can lead to such massive ideas.

“As an analogy – that’s making work in your own backyard, but we did that literally. We [Trent and Narelle] made The Summation of Force in our backyard and ended up in Robert Redford’s backyard at his private lodge in the mountains of Utah for Sundance [Film Festival].

“That was obviously a film about cricket. I have two passions in my life – cricket and photography.

“I’m coaching at Woodville District Cricket Club and the boys are playing – they were both in the state teams last year… so cricket is usually six days out of seven in the summer.

“I am in no way unhappy that I gave up cricket to focus on photography. I actually came here to the cricket academy in Adelaide – I was here with Waugh and McGrath and Ponting and all those guys.

“And even then – a long, long time ago – when I was travelling on the cricket tours, when we came to Adelaide the light was always incredible and I always thought, I have to get back to Adelaide and make a body of work. 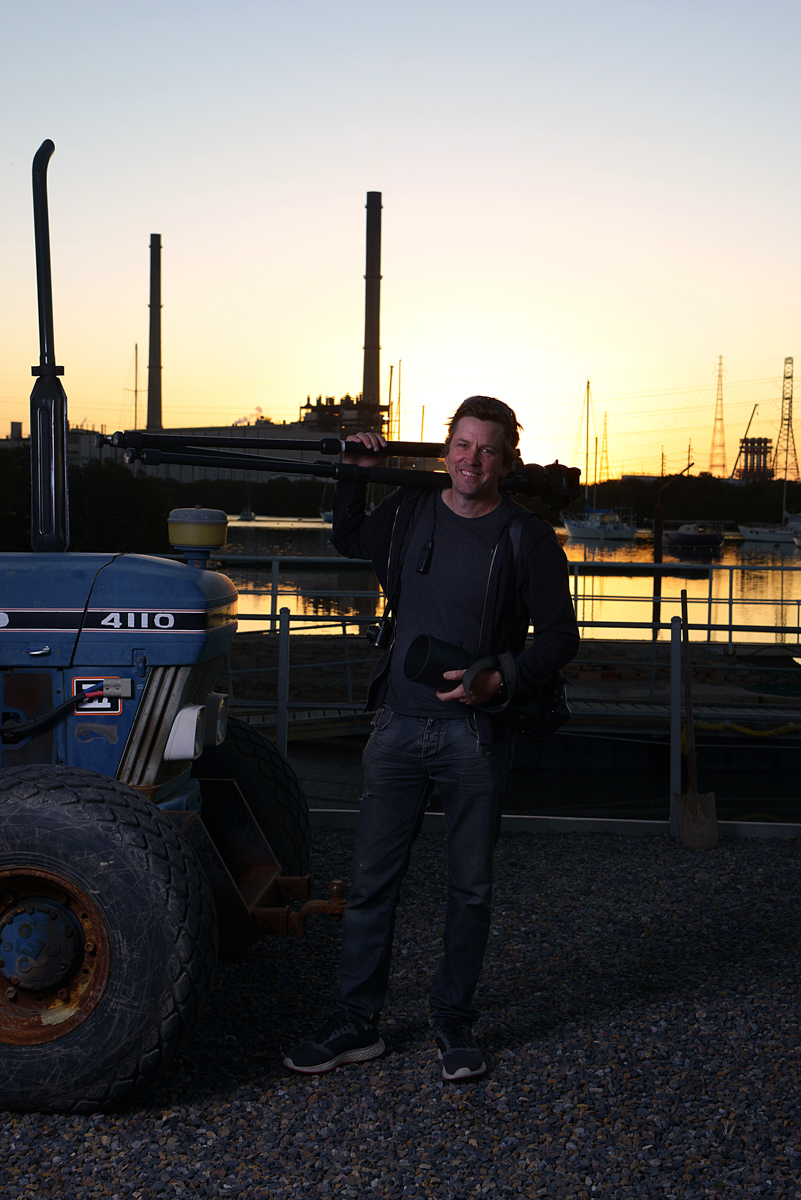 Photographer Trent Parke and a certain quality of light

“There is this certain quality of light. I think it is because it goes all the way down to the horizon – it is still so sharp here in Adelaide, the air is so clean. And that was the start of this idea for The Crimson Line – I became infatuated with this colour in the sky. I couldn’t let it go and I just kept chasing it.

“That colour in the sky… after three or four weeks of it, I was thinking, is that colour crimson? I didn’t know, so I was looking it up and I found this amazing backstory of where the purest form of crimson had come from – these cochineal insects.

“They are still used in a lot of cosmetics and lipsticks and food colouring. I was thinking about that… And whether I knew it or not, I was sort of drawn in by the industry. So, this body of work … it looks at climate change and a lot of those bigger issues.

“It didn’t start out as a straight up investigation…it’s a feeling. It’s very stream of consciousness and one thing leads to the next thing and before you know it you’re on to some kind of story. Even though this work is shot around the Port, it has nothing to do with Port Adelaide – in a filmic sense, that’s the backdrop. It’s a story you’re telling on a global scale.”