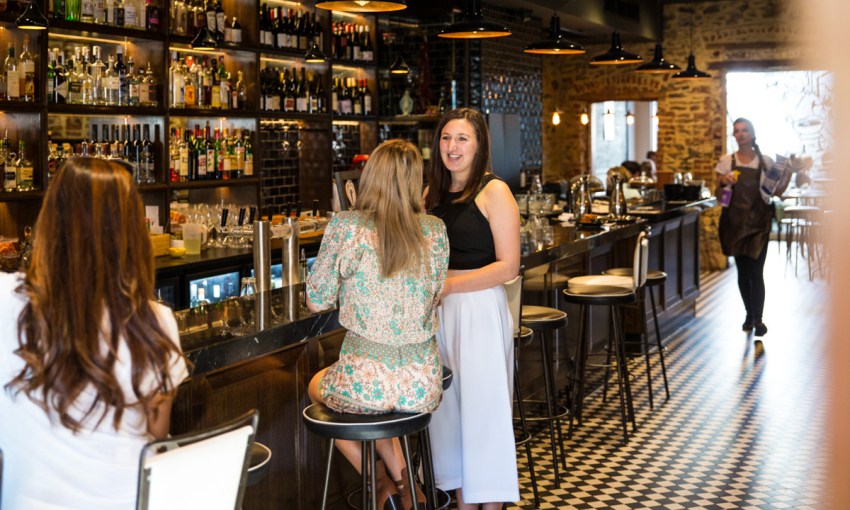 Due to the “economic implications” of the pandemic and “the time of the year” – December being the month when many hospitality businesses draw a large portion of their annual income – the commissioner said South Australia’s Transition Committee supported the change in policy.

“We need to make sure small businesses are properly accommodated,” he said.

Despite this, Grant Stevens said public venues such as gyms and cinemas must continue trading at the higher level of restrictions of one person per four square metres.

The seated consumption of alcohol is also still mandatory in hospitality venues.

When questioned by reporters about whether the news goes against health advice, the commissioner said “the purpose of the transition committee is to put different points of view around the table.”

The introduction of QR code technology also bolstered the Transition Committee’s confidence in the move.

She said her team would “reconsider things every couple of days” to see if changes to the new rules need to be made.

The announcement comes after increasing media attention on density caps crippling hospitality businesses, and just one day after the state’s hospitality sector took to Peel Street to demand the Transition Committee scrap the sector’s one-person-per-four-square-metres restriction.

Though the restriction has been relaxed, Spurrier, aka the Patron Saint of the Pandemic, warned we’re not out of the woods yet.

She has said she would like more people to get tested for COVID-19 – a plea she’s made since the Parafield cluster began last month, as testing numbers have not been high enough.

If you are exhibiting even the mildest of COVID-19 symptoms, make your way to a testing site – preferably before travelling across metropolitan Adelaide for a Boost and a burrito.

And remember to don your reusable face mask in public, and wash and sanitise your hands.