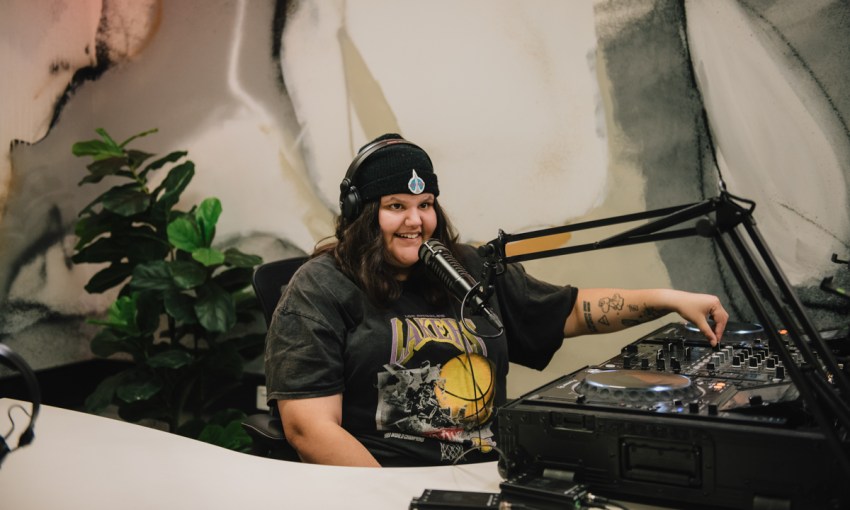 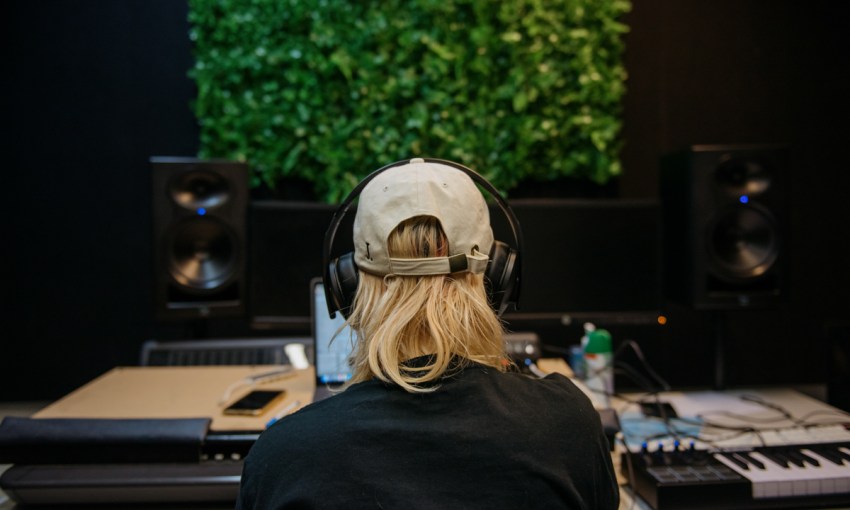 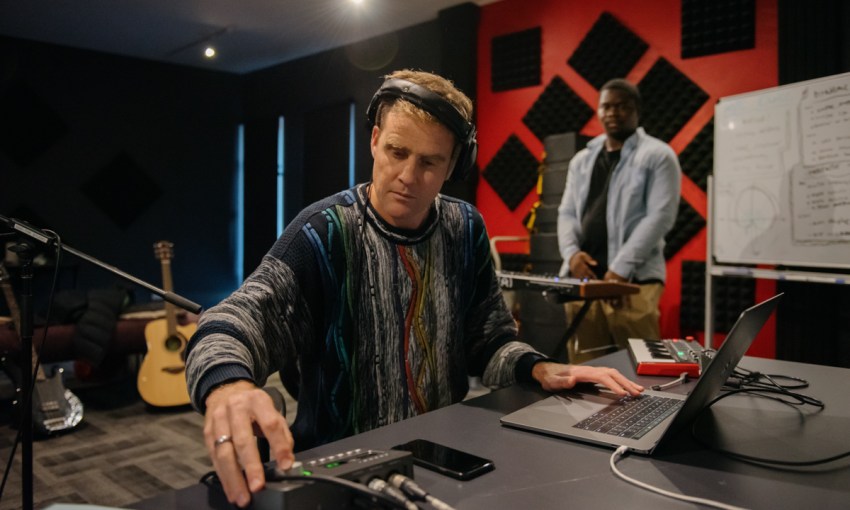 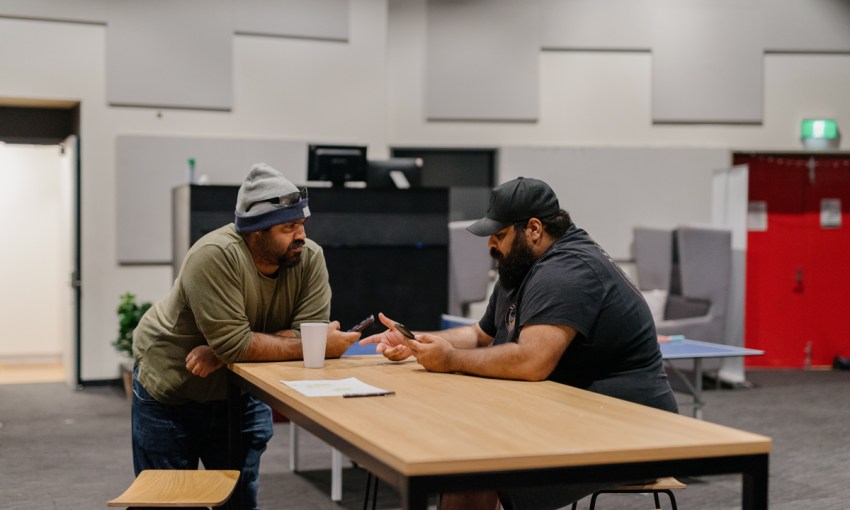 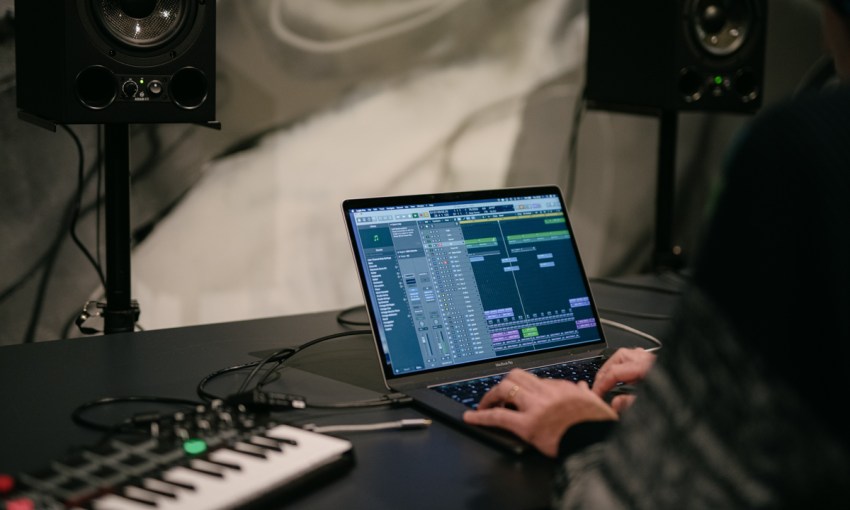 Nick O’Connor speaks with us outside the architecturally jagged council-owned facility Northern Sound System (NSS), which is flanked by a concrete skate park filled with kids sporting loud haircuts and zooming on Razor scooters.

This article first appeared in print in CityMag‘s 2021 Winter Edition, on streets now.

“Where have you ever heard of a 400-person venue and high-quality recording studio for just youth development in your city? It’s such an anomaly.”

NSS was built in 2007 with joint funding from the City of Playford and the Federal Government, with the aim of fostering music development among young people in Adelaide’s north.

Many bands and musicians at the top rungs of Adelaide’s music scene have passed through these hallowed halls.

NSS’ offering is impressively broad. The facility has workshops and after school programs on music, and it boasts a broadcast studio, music rooms, thousands of dollars’ worth of music equipment, and staff that care. 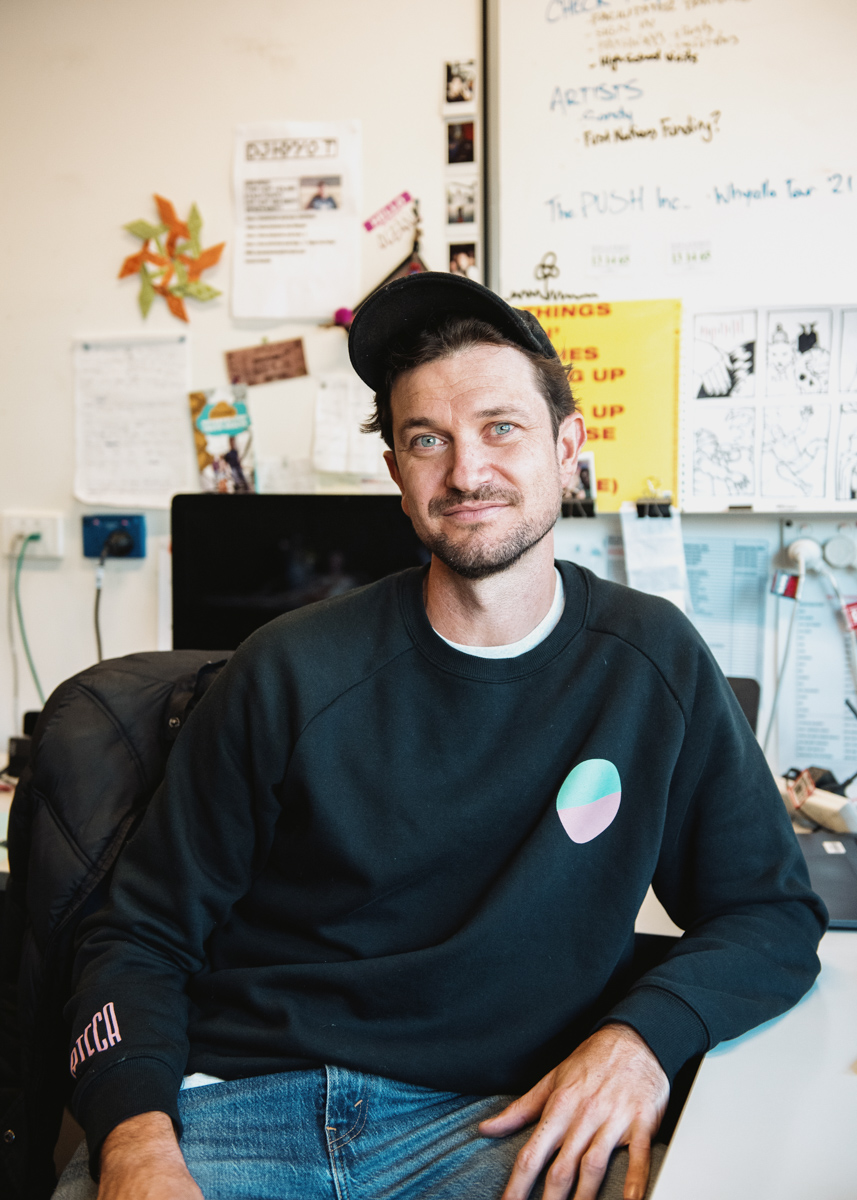 As proud as Nick is of the high-profile acts NSS has helped form, he’s just as proud of the lesser-known artists who use the space to gain more than just musical experience.

“We had one kid who was a really busy thinker and a technical rapper and just couldn’t get life sorted, and came to us for a long time,” Nick says.

“We didn’t see him for years – but then I saw him at a servo with a Kawasaki Ninja motorbike.

“I’m talking to him and it was just clear that he was on-path and had a bad-ass motorbike. There’s those dudes.”

According to Australian Bureau of Statistics data from April, Adelaide’s northern region recorded the worst unemployment levels in the metro region.

The north clocked in 7.2 per cent joblessness, which is higher than the state’s 5.8 per cent average.

During that same period, South Australia took out the gong for highest youth unemployment in Australia at 15.1 per cent. Once again, this is a leap compared to the national 10.6 per cent rate.

We don’t have data on youth unemployment in the north, but City of Playford’s arts and culture manager, Lisa Baker, says it’s at a “record high”.

NSS is working to do what it can to address this from its location in Elizabeth, the epicentre of the northern suburbs.

Not only does the organisation offer creative programs to upskill and keep young people engaged in the community, it also produces direct employment opportunities for those wanting to go deeper into the music industry. 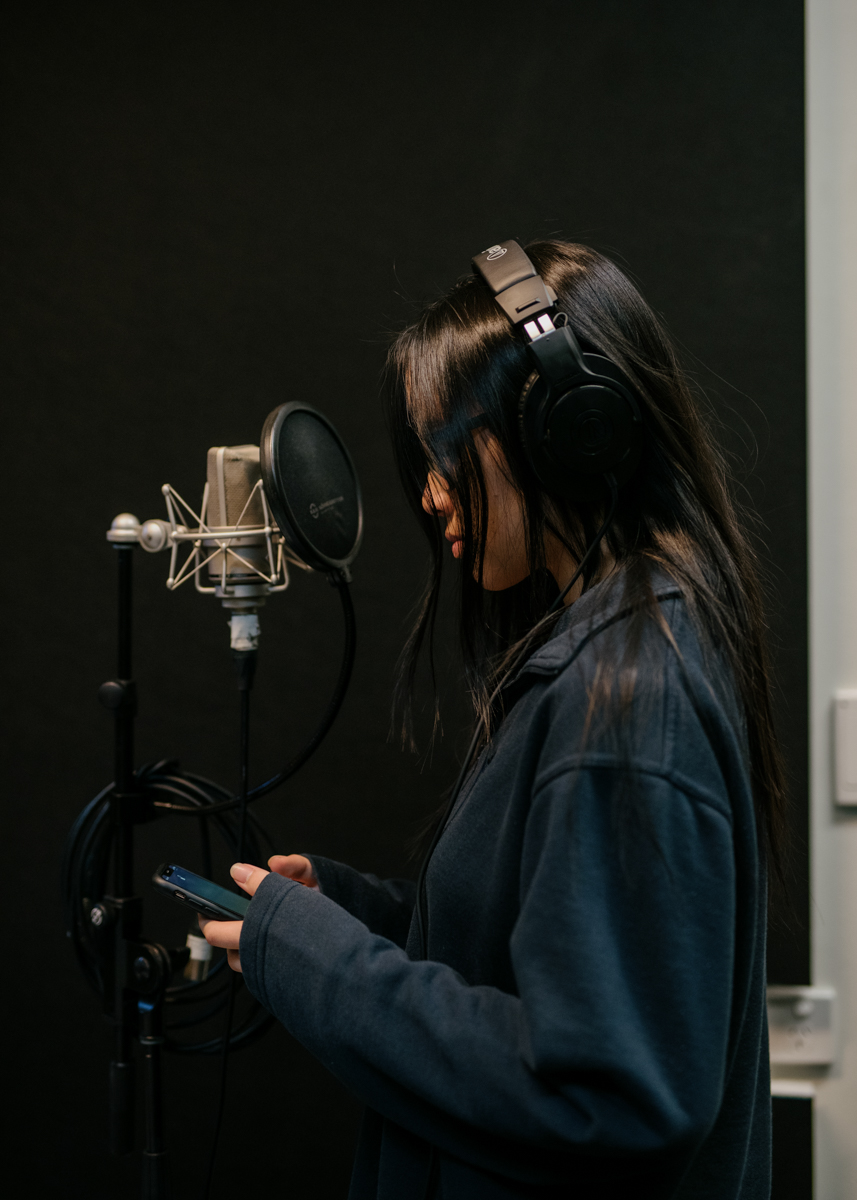 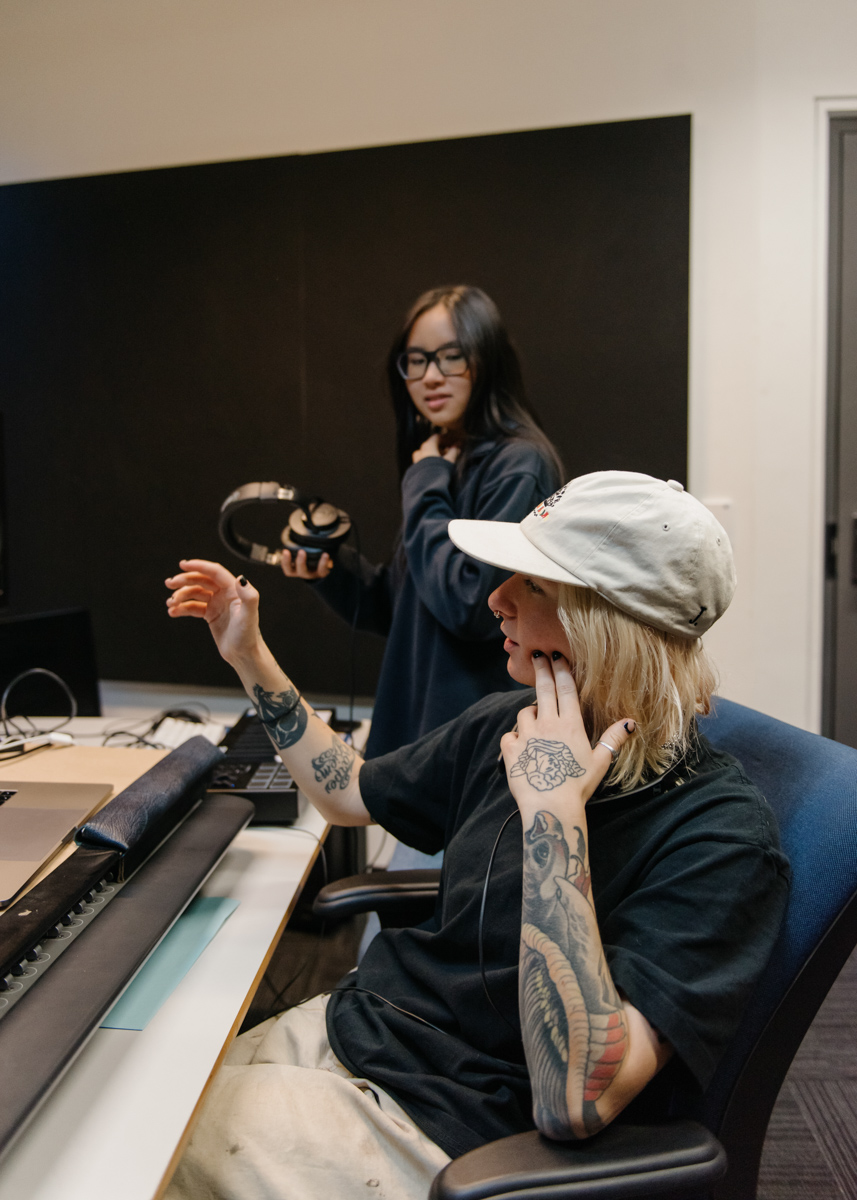 “A lot of the young people that actually facilitate programs now… they’ve usually come in as volunteers,” Lisa says.

“So often what happens is they transition as a volunteer, learn some skills, learn their capabilities, and then they’ll move – if that’s where they’re desiring and they have the aptitude – to become a paid facilitator.”

Lisa knows from the quantitative data collected by the council, at least 75 per cent of young people engaging with NSS’ music programs are from the northern suburbs.

But she doesn’t see success purely through a numerical lens. It’s the stories that count.

While touring the facility, we meet volunteer-turned-paid-facilitator Daniel Isler, a self-described horn for hire, who hails from the area and plays the trumpet.

Daniel first got involved with NSS five years ago while participating in after-school hip-hop program Check 1, 2.

After completing his undergraduate music studies last year, Daniel returned to NSS to mentor others in the very program that encouraged him to pursue a career in music. 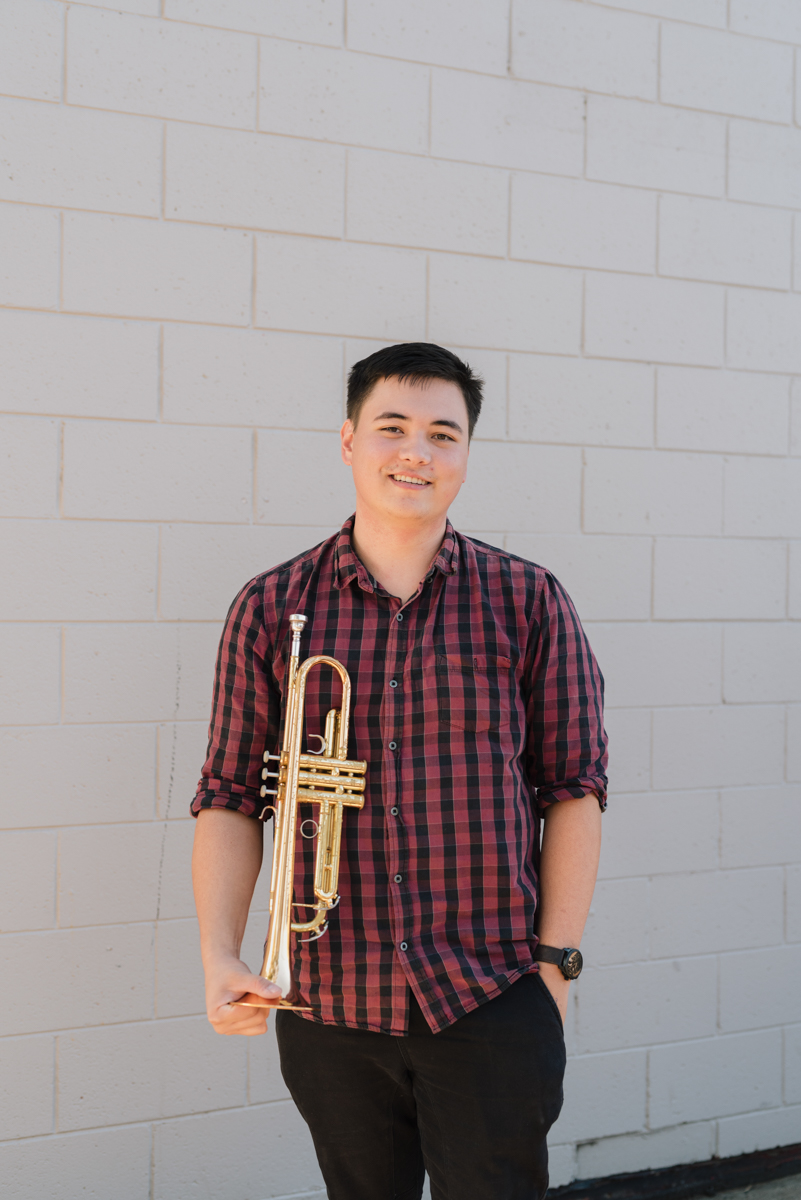 “There’s a lot of kids that often don’t get heard at the other places,” Daniel says.

“Whereas here… someone will sit down, and isn’t telling them what to do but is just keen to listen.

“NSS is so inclusive, and you end up seeing a much broader range of artists and genres and styles… and you’re able to support that and build people up with it.”

Through a window we see a trio of musicians huddled around James Alberts – the hip-hop stalwart known professionally as Jimblah.

James tells us he’s been coming to NSS for a year to help the development of First Nations artists.

He was inspired to make the trip after buying a ticket to a gig and witnessing NSS artists “change the whole energy” of the room while supporting their friends who were performing on stage.

“I just started realising the great job that all the crew down here had been doing, and that was really represented in the energy of all the artists that were taking part in the community development stuff,” he says.

“It’s just so beautiful to see.” 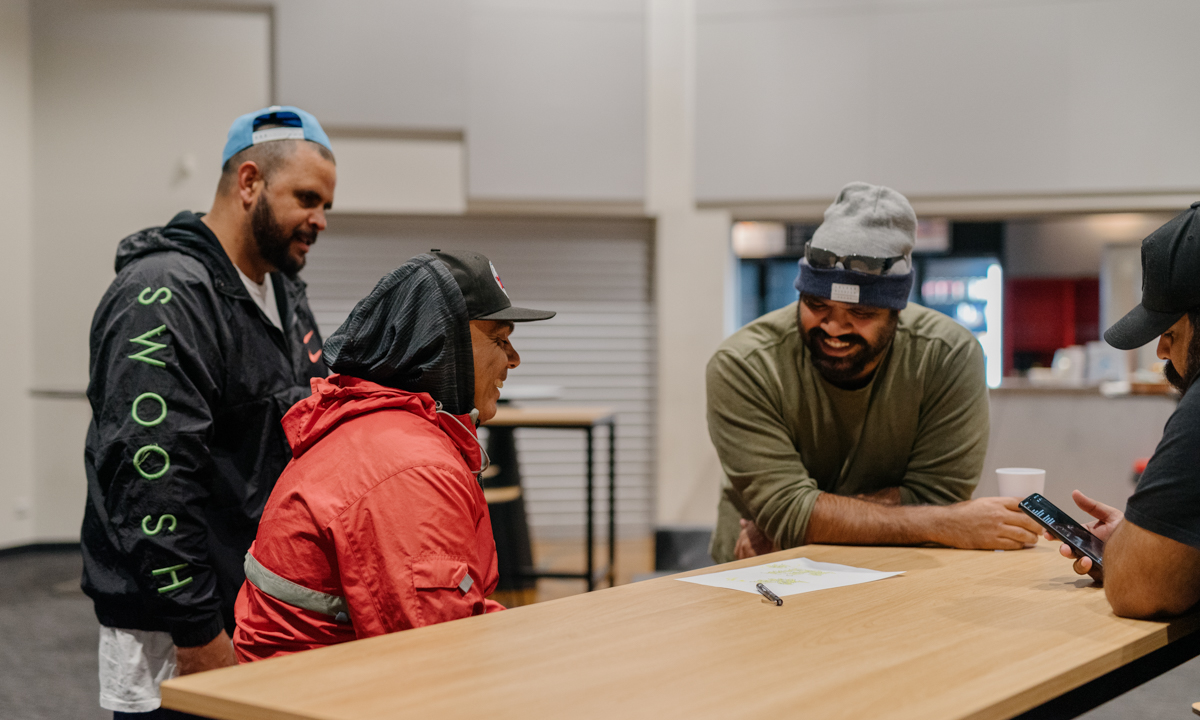 As a fledgling rapper with Larrakia heritage living in Prospect, James didn’t know who he was or where he was going. He says it was hip hop that helped him celebrate his idiosyncrasies.

“When I found hip hop… hip hop was like ‘Pssssh, yo – you’re you. And there ain’t nothing like you. Celebrate it, cultivate it, culture it,’” he says.

“That’s actually the illest thing. It gave me that space just to be free and to explore my own identity.”

At age 24, Bianca Nilsson has already begun to build her empire.

She runs independent record label Renegade Records, which specialises in representing international off-kilter hip-hop musicians, and is also one of the creative minds behind music marketing company See Oh.

See Oh offers emerging artists $200 of NSS funding to learn about the music release cycle and understand the basics of branding, publicity and content. 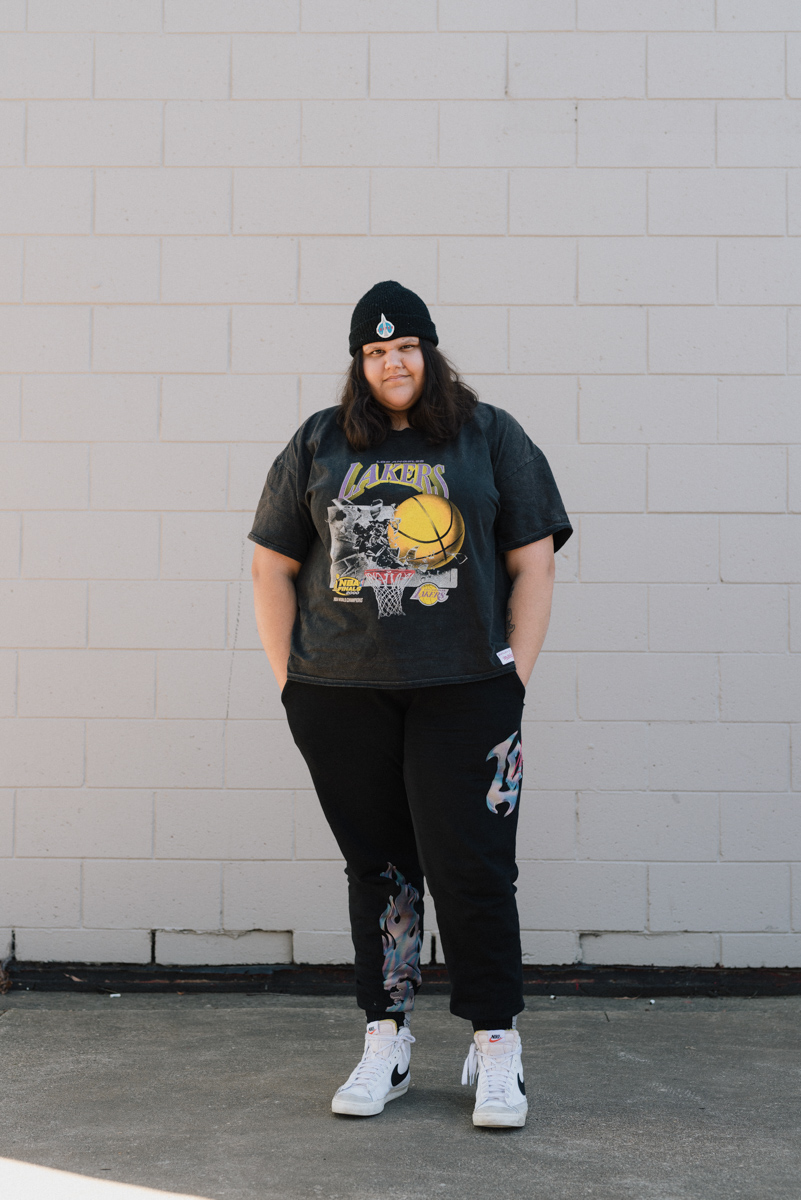 The Smithfield resident quit her day job at a potato factory two years ago and credits some of her success as a full-time music industry professional to NSS.

It gave “young people like me a voice,” she says.

“I heard NSS did events and I reached out to see if one of my artists could perform.

“They didn’t have any availability, but they reached out and said, ‘We saw your website, you should come in for a meeting.’

“As soon as I got here, I met [music educators] Nick [O’Connor] and Ben [Smith], and they literally just asked me, ‘What’s your biggest dream?’

“I told them, ‘I want to have one of the most successful labels in the world.’ And they said, ‘We’re going to help you achieve that.’ 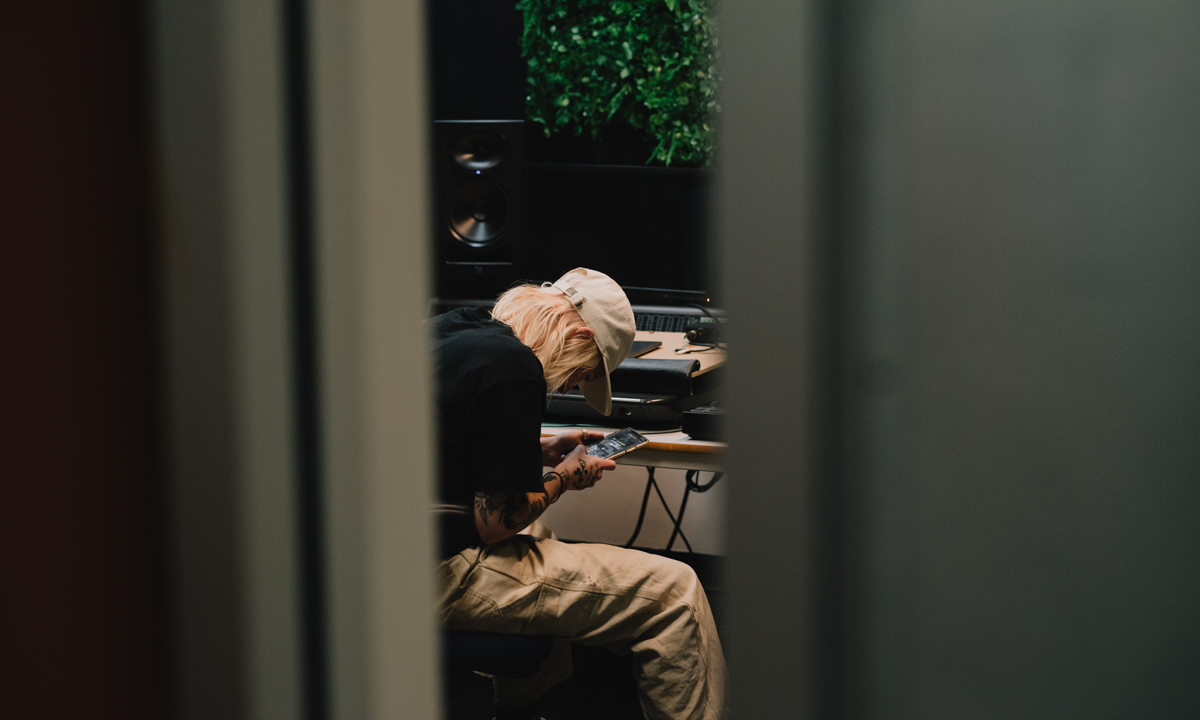 Back out the front of NSS, we ask Nick what would happen to these artists and industry experts if this facility didn’t exist.

“The water would still get down the mountain,” he says.

He also refuses to take credit for how far NSS alumni have gone.

But he does say that if, for some reason, the NSS building was razed, the community would have lost something special.

“If places like this didn’t exist… it’s the same as [losing] a good sporting club or those places where people go to just experience life.” 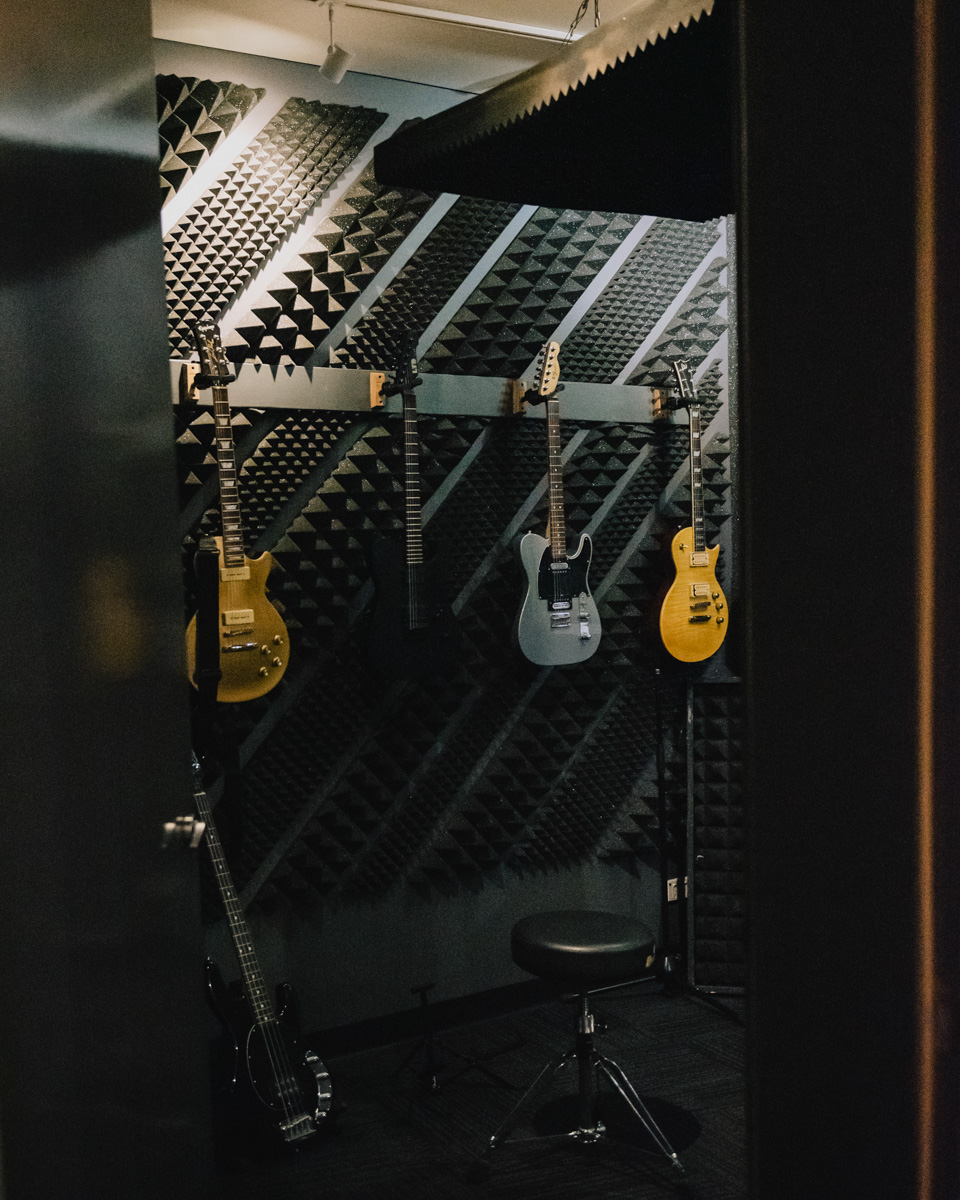