Heaps Good Friends and the strange intimacy of household chores

The Adelaide pop trio’s latest single is an energetic synth-laden love letter to tidying up.

We’ve all spent more time at home in recent months than we might otherwise have wanted to, if not for a global pandemic.

For some, this may be stirring some previously unearthed emotions for domestic chores.

This is at least one reading of the recent release from Adelaide pop trio Heaps Good Friends, an anthem to those most confusing heart flutters around the home called ‘Fold Laundry Together’.

In truth, the bright and punchy pop song dates back about 18 months to a songwriting session between HGF’s Nick O’Connor and Brisbane producer Konstantin Kersting.

The resulting bed track evolved over time and was handed to the groups frontperson Emma Fradd, who used the song to reminisce over the way a crush can make even the smallest menial tasks seem loaded with intimacy.

“Trying to help around the house of my brother’s big family lead to a scene of me folding my brother’s laundry with a friend of his (who I had a crush on),” she explained via media release.

“It was really nice.”

Though written in pre-COVID times, the exploration of smaller forms of intimacy while spending time in close quarters feels very 2020.

“It’s lovely, you share that little glance, and you just quietly think, ‘This is the shit!’” says Nick, in a phone conversation with CityMag.

“I love those moments.”

A film clip for the song, featuring Nick, Emma and HGF’s third member Daniel Steinert, also of TOWNS, was released over the weekend.

We speak with Nick at the beginning of May, when Adelaide was still fairly deep in its COVID slumber, and he’s bittersweet about releasing music amid the pandemic.

“Obviously, a downer to not do a lap and catch up with everyone and have fun and that kind of stuff,” he says, “but touring’s expensive, it’s risky. If that doesn’t work, that can suck. So in a way it’s a little less stressful, a bit easier.

“But we’ve got another couple [songs] that we’re looking forward to popping out soon, so I think the touring thing is almost inevitable, as soon as we’re allowed to.

Isolation has been fruitful for Nick. Working from his studio at home, he’s been surrounded by instruments, making the act of creation only a swivel of his chair away.

“I feel like I’m starting less, but I’m finishing more. I’m getting things that have already been started and I’m more likely to see them through, which is really fun,” Nick says.

“That’s not a phase that I often get into. I like the excitement of starting something. So that’s really fun to be pushing a few songs through the finished gate.” 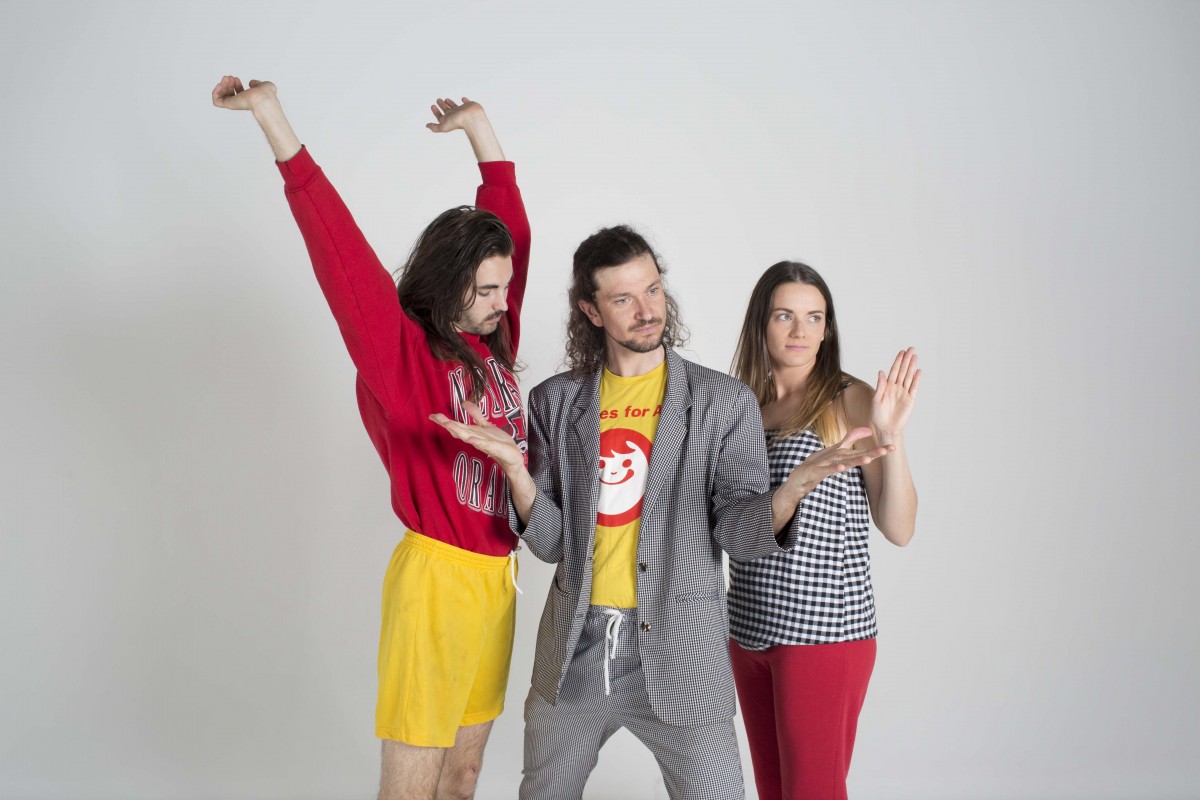 Emma is based out of Brisbane and in the early days of Heaps Good Friends, she and Nick would travel between cities once or twice a month for extended writing sessions over a weekend.

Nick initially saw this as a process of capturing the excitement and energy of creating music within a condensed period of time, but it was also an intense and draining experience, and “kind of grew a bit of possible resentment for studio time.”

More recently, the two have made use of the wonders of modern technology, collaborating over distance through digital means, inadvertently safeguarding their creative process from any kind of forced widespread societal hibernation.

While Nick was dubious of online collaboration at first, preferring to share a room with his collaborator, he found a unique rhythm in the digital back and forth.

“I remember when email collaborations were a new thing, and I was like, ‘There’s no love there,’” he recalls.

“But actually, I feel probably more a sense of connection when I give a gift and it’s received by [Emma] adding to it, or growing the idea, growing the idea. It feels much more parental or something.”

With a couple more releases on the horizon, CityMag asks about the likelihood of a Heaps Good Friends long player, but Nick shrugs off the idea. It could happen, but the slow drip-feeding of singles is working fine for the band, he says.

“When we get to a sufficient number of them, I’d really love, love, love to have some vinyl,” he says.

“That would be nice to hold it, but that would be a reflective physical release, I suppose, which is different to giving a big gift of lots of music.

“I would love to get to a point where we were capable of building enough material that we were capable of dropping a bigger bomb. But for now, I’m really happy… I don’t feel any need to drastically alter my life in order to create more music. I don’t mind taking my time.”