Light artist Matthew Adey has worked with some of the country’s leading art festivals, including Dark Mofo, RISING and Illuminate. Having recently returned to his home city, the Adelaide native is keen to bring light to our pandemic-affected arts scene.

“I’ve always been equipped for that quick change,” Matthew Adey tells CityMag over the phone from his Adelaide Hills home.

“I’m always changing things up myself.”

Like moth to a flame, Matt’s world revolves around light.

But exercising his artistic interest in the medium has not been easy during the pandemic.

Professionally, Matt is one-half of design company Beizj Studio, which operates to service the event, lighting and installation design needs of clients.

Matt is also the brains behind House of Vnholy, which the Victorian College of the Arts graduate founded as a means to explore macabre themes through art-driven performance.

In contrast to his client-driven work, House of Vnholy allows him the space to “vary with what I do and get a little bit wild,” he says.

“I enjoy collaborating and creating work, because I get to create something with someone on an equal level, and we create it together, and we share it with the audience together.”

Matt spent 13 years living in Melbourne, where he thrived as an events producer, designer and creative, with Tasmanian winter festival Dark Mofo among a series of notable events on his CV.

Being based in Victoria has meant Matt’s last 18 months have been filled with lockdowns.

He migrated back to Adelaide with his family in October last year, but in making this move, Matt didn’t want to give up his career, and he’s maintaining his national professional working contracts.

Like many artists operating in the time of COVID-19, Matt has become adept at navigating the disruptions to his industry caused by the pandemic.

As head of design for RISING, Matt waited excitedly for the event to take place in May this year.

The festival was promised to be a cocktail of arts, performance and ceremony, created through the combining funding of two large cultural events: the Melbourne International Arts Festival and White Night.

Originally scheduled for 2020, the event was cancelled in that year, and only made it one day into its 2021 revived program before ultimately succumbing to a lockdown.

“Nothing can scale down when there’s a lockdown,” Matt says.

“Me and my colleague Andre [Vanderwert] were in an apartment in the city the next morning after [the festival] opened and we’re like, ‘That was rad.’

“And then we were watching the news, seeing the numbers, and booked flights. We were both out of there by the afternoon.” 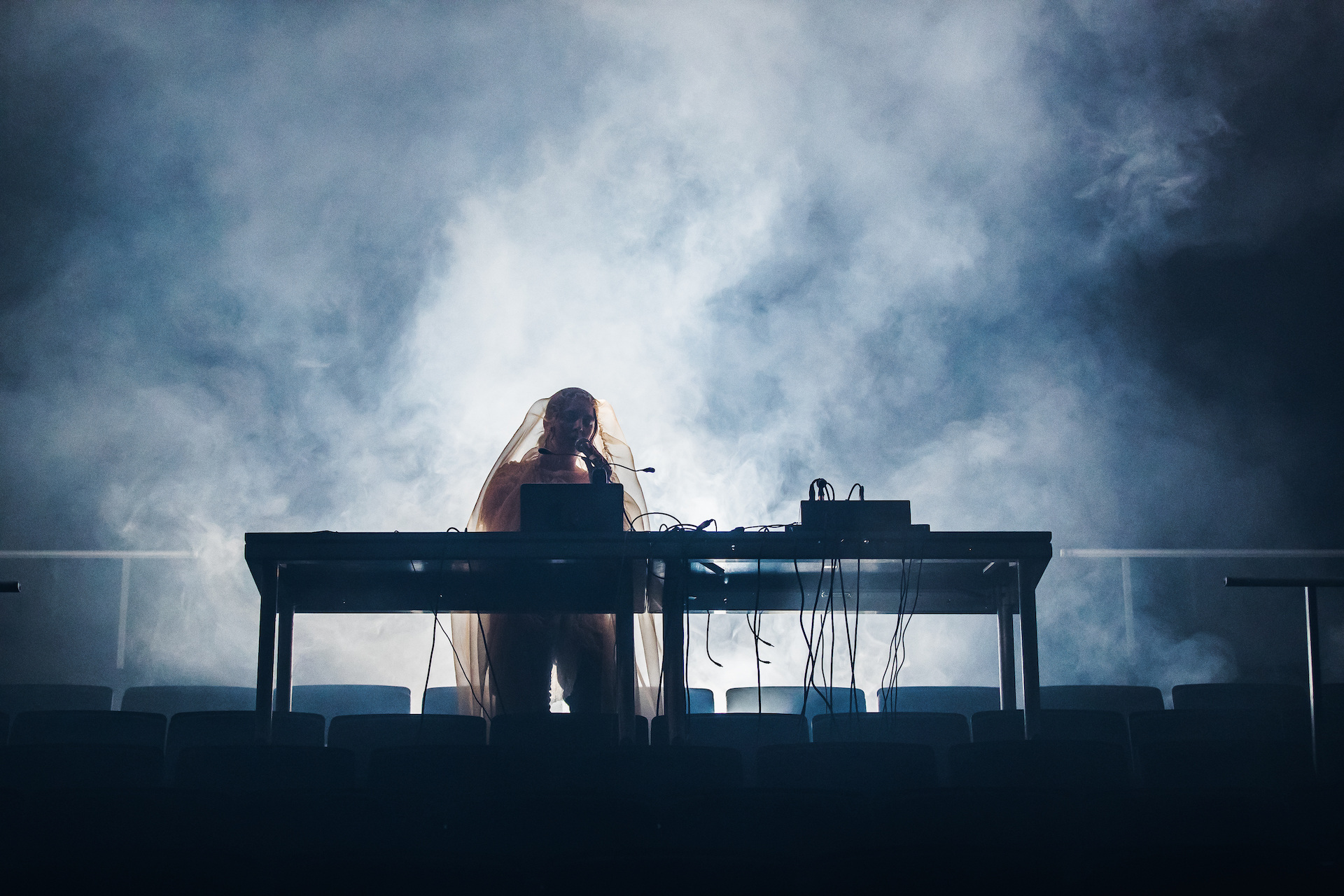 Here in Adelaide, Matt was scheduled to perform as House of Vnholy alongside experimental artist Jannah Quill this Thursday, 22 August, at Light’s interactive arts venue, The Lab.

The performance, titled SIGHT, was part of the Illuminate Adelaide program and was billed as an intuitive exploration of techno music and technological hardware.

“We have done it at Arts House in Melbourne, and SOFT CENTRE festival in Sydney, in prior years.”

Due to the seven-day lockdown triggered by the Modbury cluster, Illuminate announced it would “pause” its events for the duration of the lockdown, just days after it launched.

This made SIGHT only the most recent show to join Matt’s list of gigs cancelled due to lockdowns.

“Definitely the gig… has been postponed,” Matt says.

The artist was also billed to provide visuals as part of the much-hyped Unsound Adelaide revival, as part of Illuminate’s MAAD string of events, which was to kick off this Saturday, 31 July, but has since been cancelled.

Matt’s visuals would have accompany live performances from percussive Melbourne ensemble MY DISCO and post-punk cult icons HTRK at Jive.

“With MY DISCO, we were working with a new bunch of video projections,” he says.

“And with HTRK they like to change it up, so I always come to wherever they’re playing and do a little live lighting thing with them and keep it lo-fi and mellow.”

Luckily, by now Matt knows how to roll with the punches.

He’s dealt with this situation before, and he’ll probably have to again.

I’m grateful the support network I have is national and my work is not really a city-based thing anymore.
—Matt Adey.

It’s in Matt’s nature to remain upbeat, to show resilience.

But he’s aware this may not be the prevailing view held by people within his industry, as thousands of arts workers remain in a working limbo.

“The universe has been very kind to me. Not so much to others,” he says.

“But artists are resilient and we’ll fight and we’ll push through as much as we can. We just need to help each other along the way.

“I’m also very grateful that the support network I have is quite national and also my work is not really a city-based thing anymore.”

Matt’s already working with Melbourne’s RISING team to coordinate next year’s festival, and he’s chatting with local production heavyweights about re-establishing himself in the city where he grew up.

In the more than a decade since he left Adelaide, Matt has noticed our parochial nature is still intact, but he does see some change in the Adelaide of 2021.

“It feels like, on a global scale, Adelaide’s still keeping up with it,” he says.