Choosing a choc top is easy. Choosing a film from the more than 130 on the bill for Adelaide Film Festival is not. 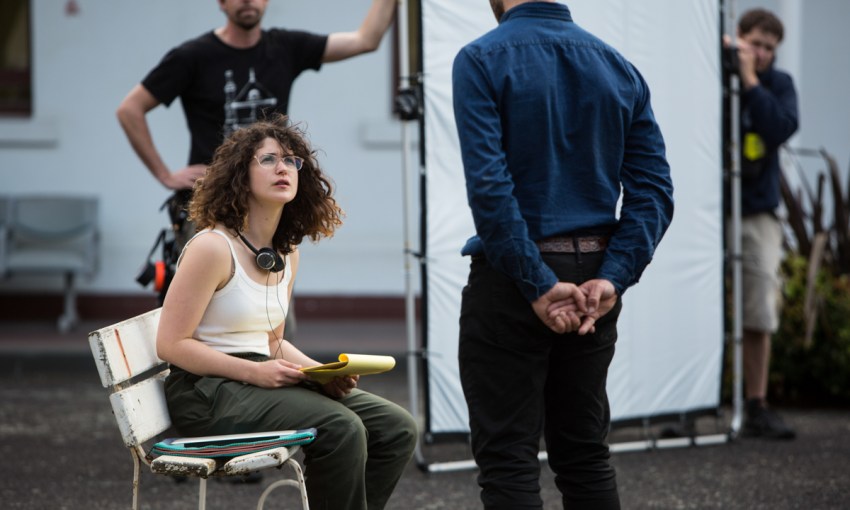 With more than 130 films, documentaries, shorts, and VR experiences, the Adelaide Film Festival’s 2018 program is a dense offering – 44 per cent Australian – and chockfull of South Australian premieres.

Being the parochial Adelaideans we are, CityMag has its tickets to Anthony Maras’ Hotel Mumbai, but as for what else to see during the 12 days of film fanaticism, we had to phone some friends in the industry for tips on which films we should be throwing our hard-earned dollars at. 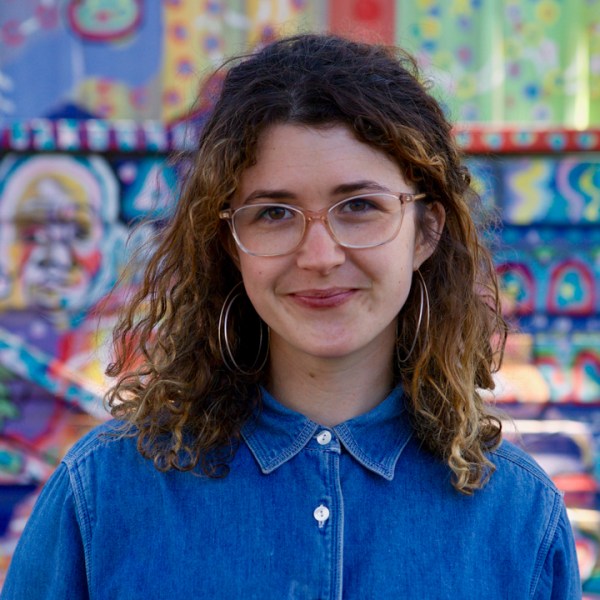 Madeleine Parry
What is the one international film everyone should see at the Adelaide Film Festival this year?
I’m looking forward to seeing Rafiki, a Kenyan love story. It’s celebrating same-sex love and as a result was banned in Kenya.

What is the one Australian film everyone should see at the Adelaide Film Festival this year?
Backtrack Boys is an Australian documentary I’m yet to see. I know it will be one of those films that’s a brilliant story and will re-inspire my soul.

What South Australian filmmaker should the film-going public be keeping an eye on?
Anthony Frith and Sam Matthews are two brilliant, but separate, SA directors who’ve released special Art Bites series on ABC iView this year – Lessons From a Middle Class Artist and Unboxed.

What is your favourite cinema in Adelaide?
I love screenings at the Mercury. Whenever I travel into town and walk into the foyer, I feel I’m in a special place where culture and art from all decades is available. I’ve also seen some absolutely brilliant, hilarious and moving films from around the world I would never have seen otherwise. One of the first was King of Kong – a documentary about Donkey Kong competition gaming that I recommend everyone finds and watches. 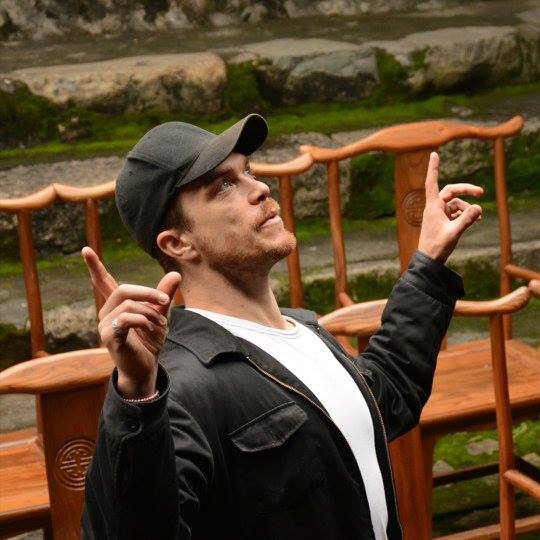 Aaron Schuppan is a filmmaker who recently released Runaway Moon – a mini-series shot on the streets of Adelaide.

Aaron Schuppan
What is the one international film everyone should see at the Adelaide Film Festival this year?
Keep in mind I’ve not seen any of these. Generation Wealth looks really interesting to me, especially in today’s bizarre social climate. We are in weird times where the key aspiration sold to us seems to be not just wealth, but the display of wealth to a grotesque and nihilistic extreme. This looks like a good one to see with friends and rant and rave about afterwards over at the pub.

What is the one Australian film everyone should see at the Adelaide Film Festival this year?
The Made in SA showcase. I’ve staked my career on SA having the most interesting filmmakers in the country. This is like a tasting plate of work from a slew of people you will one day brag about having met once.

What South Australian filmmaker should the film-going public be keeping an eye on?
Victoria Cocks. She’s extremely ambitious in vision and totally uncompromising and I love her for it. Her film Davi is going to be completely fucking nuts.

What is your favourite cinema in Adelaide?
Hands down The Piccadilly in North Adelaide. It was our local growing up and it’s where 8-year-old me saw the movies that made me realise all I wanted to do was make them as well. It’s got the most beautiful art-deco frontage and the staircase leading to the main auditorium still gives me butterflies of excitement worth the admission price. 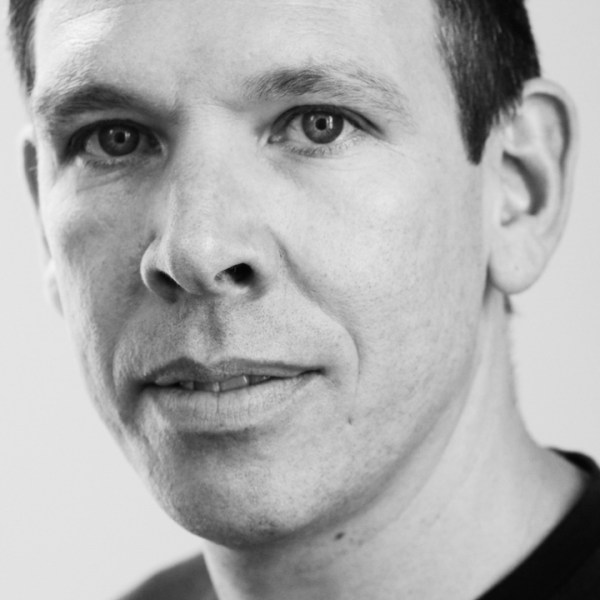 Matthew Bate is a filmmaker with Closer Productions.

What is the one Australian film everyone should see at the Adelaide Film Festival this year?
Hotel Mumbai. Anthony Maras is a local lad who has been making great short films for years (see The Palace and Azadi) and has recently made his first feature. I was lucky enough to spend some time in the edit suite with Anthony helping find archival documentary footage for the film, and I think he’s made a rip-snorting action flick with brains.

Nick Matthews – (another SA film legend) shot Mumbai, which is another reason to love this film. Anthony is an amazingly ego-less and inclusive filmmaker, who invites people into his process and gets the best out of them. Anthony lost half his thumb while making the film, which Dev Patel found and which was then stitched back to his hand. So Anthony has literally bled for this project.

What South Australian filmmaker should the film-going public be keeping an eye on?
Legendary splatter-punk video nasty writer and director Dick Dale. Dick is Australia’s greatest maker of lo-fi comedy gore-fest films (think early Peter Jackson with a twist of John Waters). He’s currently making his first feature film RIBSPREADER on zero budget but with the help of an army of loyal friends and fans. Dick is a legend in the punk scene in Australia and has somehow talked Laurence Harvey (Human Centipede 2) into making love to a raw chicken, Spencer P Jones (RIP) into using his guitar to knock the head off a Juggalo, and the 84-year-old country music legend Chad Morgan into guest starring in the film. This is guaranteed to be a classic.

What is your favourite cinema in Adelaide?
I still have a soft spot for the Mercury, I think it’s because I spent so many nights watching classics at their Cinémathèque over the years. The Merc is at the heart of Adelaide’s filmmaking scene, alongside the Media Resource Centre, so it’s the place of awards nights and screenings and so on, which makes it feel like it’s ours.

I got to program a mini fest years ago and we ordered Australia’s first print of Gummo, which we watched secretly before the official showing, and I remember walking out feeling like we’d seen something life changing that no one else had – like the way people describe being at the Sex Pistols 1976 Free Trade Hall gig. 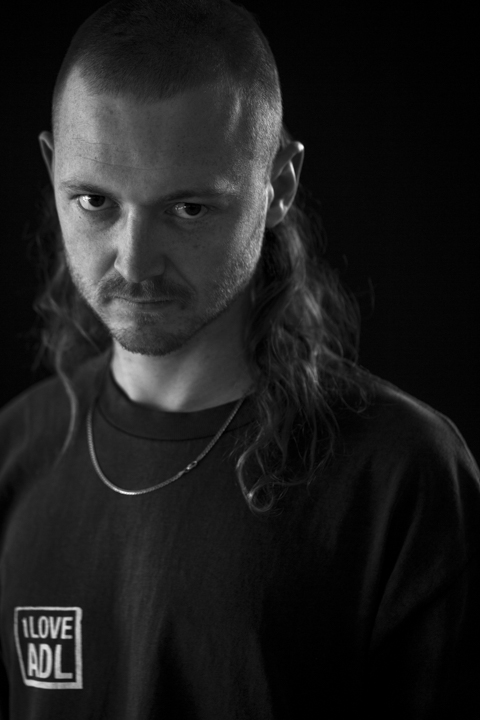 Liam Somerville is a cinematographer and founder of Capital Waste Pictures.

Liam Somerville
What is the one international film everyone should see at the Adelaide Film Festival this year?
This unsustainable bubble of capitalist growth is straining and the once great America Dream is crashing and burning in front of our very eyes. Generation Wealth looks like a time appropriate doco on the imminent fall of America in the Trump era, where cash rules everything around me.

What is the one Australian film everyone should see at the Adelaide Film Festival this year?
There are soooo many incredible Aussie films this year it is very hard to pick just one between old favourites like The Castle or contemporary VR experiences such as Summation of Force. However being the Sci-fi nerd I am, I cannot walk past I am Mother, which was made right here in SA! Why? Because I really like robots!!

What South Australian filmmaker should the film-going public be keeping an eye on?
Paul Gallasch creates brutally honest and insanely personal docos. His most recent film Love in the Time of Antidepressants is going to be a gripping, five-year adventure about Paul and his beloved mother. He always composes incredibly unique views on the human reality.

What is your favourite cinema in Adelaide?
I love the outdoor Moonlight Cinema when it enlightens the green pastures of Botanic Park every summer. Nothing beats evenings on the grass with mates, beers and good flicks.