As seen at Sundance

By making films that test the boundaries of cinematic genre and form, Adelaide’s Closer Productions are finding relevance in a world brimming with content and distractions. 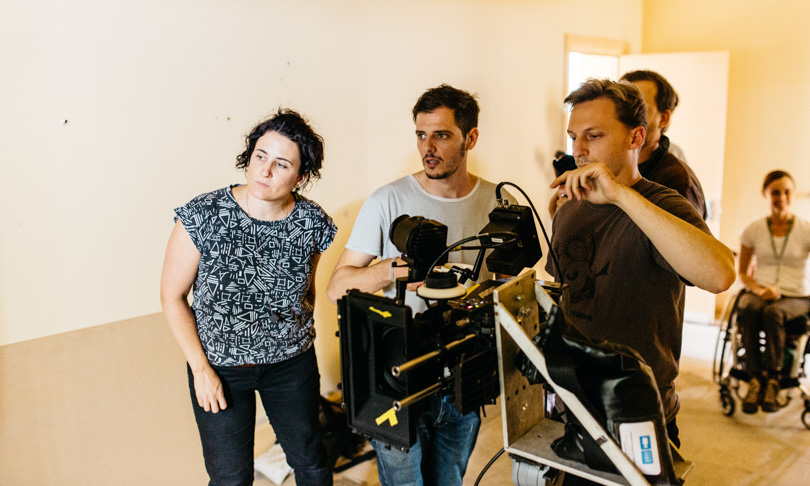 Closer Productions has just returned home from America’s Park City where, for the third successive time, one of its films premiered as part of the Sundance Film Festival.

Domestic audiences for Australian-made cinema may still be niche, but the South Australian company’s international success proves that the rest of the world is paying attention.

Including films that cover everything from ’90s pop culture phenomena to the complications of family relationships, the Closer back catalogue is identifiable as a cohesive body of work only because of what the films don’t do; few of them conform to traditional genre structures and none feel parochial.

Instead, Closer’s work has earned acclaim because of its ability to engage an audience whilst eschewing the usual movie tropes. Their first film to play at Sundance – Matt Bate’s documentary Shut Up Little Man! An Audio Misadventure – was called a “punk rock Errol Morris picture” by Twitchfilm. Second Sundance entrant, 52 Tuesdays directed by Sophie Hyde, blurred the line between fiction and reality by filming each Tuesday over a year and was rewarded with the Festival’s prize for Best Director in the World Cinema Dramatic section. This year’s inclusion – another documentary from Matt Bate, this time entitled Sam Klemke’s Time Machine – plays with form again by using footage taken by Sam Klemke himself over his lifetime as its main content.

“I think that I get really over it when a story is told in exactly the same way as though life happens in that three-act structure,” says director, producer and co-owner of Closer Sophie Hyde.

“I don’t feel much of that structure in my life and I think all of us are looking for a structure or form that reflects our life in some way – that feels surprising, something where you don’t know what’s going to happen.”

“I think all of us are looking for a structure or form that reflects our life in some way – something that feels surprising.”

Two of the Matts (Bate and Cormack) get some business done

While technically a company, Sophie says the word “collective” better describes the way the organisation works as people move fluidly between roles and continually challenge and push each other to do better.

“All of us are really different,” she says. “I really love working in a group situation and I love the different things that everyone at Closer brings. But each of us really respect the films and the film and the work always comes first.”

While the team also work for clients making things like TV commercials, their creative productions – like those features that have made it to Sundance – are usually funded using a combination of pre-sales to international companies and investment dollars doled out by organisations such as the South Australian Film Corporation (SAFC), Screen Australia or Adelaide Film Festival. This investment money is not given as a grant, but is instead repaid once the film is sold.

Sophie believes changes over the last decade to the way investment funding is allocated locally has made the success of Closer and other local producers possible.

“New policy was designed to get local film-makers to start making their own film here rather than just getting outsiders to come in and hire crew here,” she says.

“Also, and really importantly, it became about not necessarily having a market attached – you didn’t need to have distributors or TV interested and that meant you could really make the film that you wanted to make rather than anticipating what someone else was after.”