Two prominent festival and event organisers from music scene behemoth Five Four Entertainment are exiting the field, blasting SA Health and the South Australian government on their “insensitive” treatment of musicians and professionals on their way out.

“This job has been everything to me. It was the dream job. It was everything I wanted – to be able to run music festivals,” Courtney Duka tells CityMag from within Five Four Entertainment HQ in Chinatown.

“And I’m walking away from it because I want to die.”

Read more about the Let Us Dance petition here.

Last week, Courtney and her colleague Jordan Tito announced on social media they were leaving music events company Five Four Entertainment due to the effects of COVID-19 on their industry.

Five Four, which in pre-COVID times was responsible for putting on the Adelaide leg of St Jerome’s Laneway Festival and Spin Off Festival among other events, is currently at risk of going bankrupt and last week asked the government for a lifeline.

They were joined in this appeal by the wider live entertainment and music industry in the form of the Let Us Dance petition, which is calling on the South Australian Government to relax the state’s COVID-19 restrictions in hospitality and entertainment venues.

“We’re not able to do our jobs while not having a roadmap or plan as to when we can expect to reopen the industry, and we are just surviving whilst receiving minimal support,” he says.

“It’s draining on everyone not knowing if we can financially survive. We feel it at a business level and our staff feel it on a personal level and it’s not right.”

With music festivals off the table in South Australia, Jordan says an average workday for her at Five Four Entertainment involves sitting behind her computer for eight hours “waiting for someone to email me or to reply to one email, or to tell someone we’ve cancelled another event.”

Jordan, who applied three times before successfully being accepted into Five Four Entertainment’s internship program three years ago, says her last day of work next week will include going to therapy. She will then look for casual work outside of the music industry.

“I would just rather pour beers for the whole summer and then come back if and when events start happening again,” Jordan says.

“This isn’t just a job for us; this is our lives and our friends, and you work so tightly on these events that these people are almost like family. When nothing’s happening, you really start to realise, ‘What is my life if it isn’t working on events?’”

Courtney, a 2021 Robert Stigwood Industry Fellow, says after her last day of work she will immediately go to the airport to fly to Darwin for a holiday. She will try to pick up short casual events management contracts when she returns.

“I’m a Stigwood Industry Fellow this year, and my whole application was about believing in making things better here so we can keep skilling people here and not have to outsource,” she says.

“I looked back at that recently, and I don’t care about that anymore. I’ve never thought about leaving Adelaide so much.”

Despite the smiles, Jordan and Courtney say they’re devastated to be leaving Five Four Entertainment. Jordan also worries about the future generation of young music industry professionals who have “no events” through which to build a career.

The duo’s decision to leave Five Four came partly due to the frustrations of dealing with SA Health and the State Government over the last 18 months while trying to navigate the restrictions impeding their work.

Emails seen by CityMag between the organisers and SA Health demonstrate many attempts by Courtney and Jordan to gain any information on what events they can book. On many occasions their emails go unanswered, requiring follow-up communication.

“But we’re not being given an opportunity to even try anymore,” Courtney says.

“There’s no getting any intel on hitting certain [vaccine or community transmission] targets and we’ll be able to do certain things.

“Jordan and I solely work on the festivals and events at Five Four, and the last year has just been battling the government and SA Health and trying to figure out a plan and trying to get information, and it’s just constantly led nowhere [and] beat [us] down.

CityMag asked Premier Steven Marshall, also Minister for Arts, whether he is concerned other young people employed in the music and events industries will pick up new trades or move interstate due to South Australia’s current COVID-19 restrictions.

We also asked when stand-up consumption of alcohol and music festivals are expected to return in South Australia.

Instead of answering our questions, we were referred to a letter Premier Steven Marshall sent Five Four Entertainment and Lion Arts Factory last week in reply to their request for more funding to stay afloat.

“The Treasurer and I, and indeed the entire Cabinet, recognise the hardship that many South Australian businesses are experiencing as a result of the global pandemic,” the Premier says in the letter.

“We look forward to the day which is fast approaching where the state will be at the 80 per cent vaccination point. That will enable us to further ease restrictions to support businesses.”

In response, Craig on behalf of Five Four Entertainment and Lion Arts Factory sent another letter, seen by CityMag, arguing “a vast majority” of the funding his businesses were awarded was received in the first year of the pandemic, with only a small portion of the funding going towards the businesses’ survival, rather than to artists, crew or technicians.

“I would also like to point to 2 other successful and iconic music venues in the Adelaide CBD being Jive and Enigma Bar,” Craig’s letter says.

“Recently both of these venues have turned to crowd funding campaigns for $70,000 each in [an] attempt to cover their shortfalls and survive this phase of the pandemic.

“It is very clear we are not the only business in the sector hurting right now. Anyone who is operating a dedicated live music venue or a promoter of music festivals is in a very dire situation and need your Government to come to the table and offer extra support to get us through what we all hope is the final phase of the pandemic.” 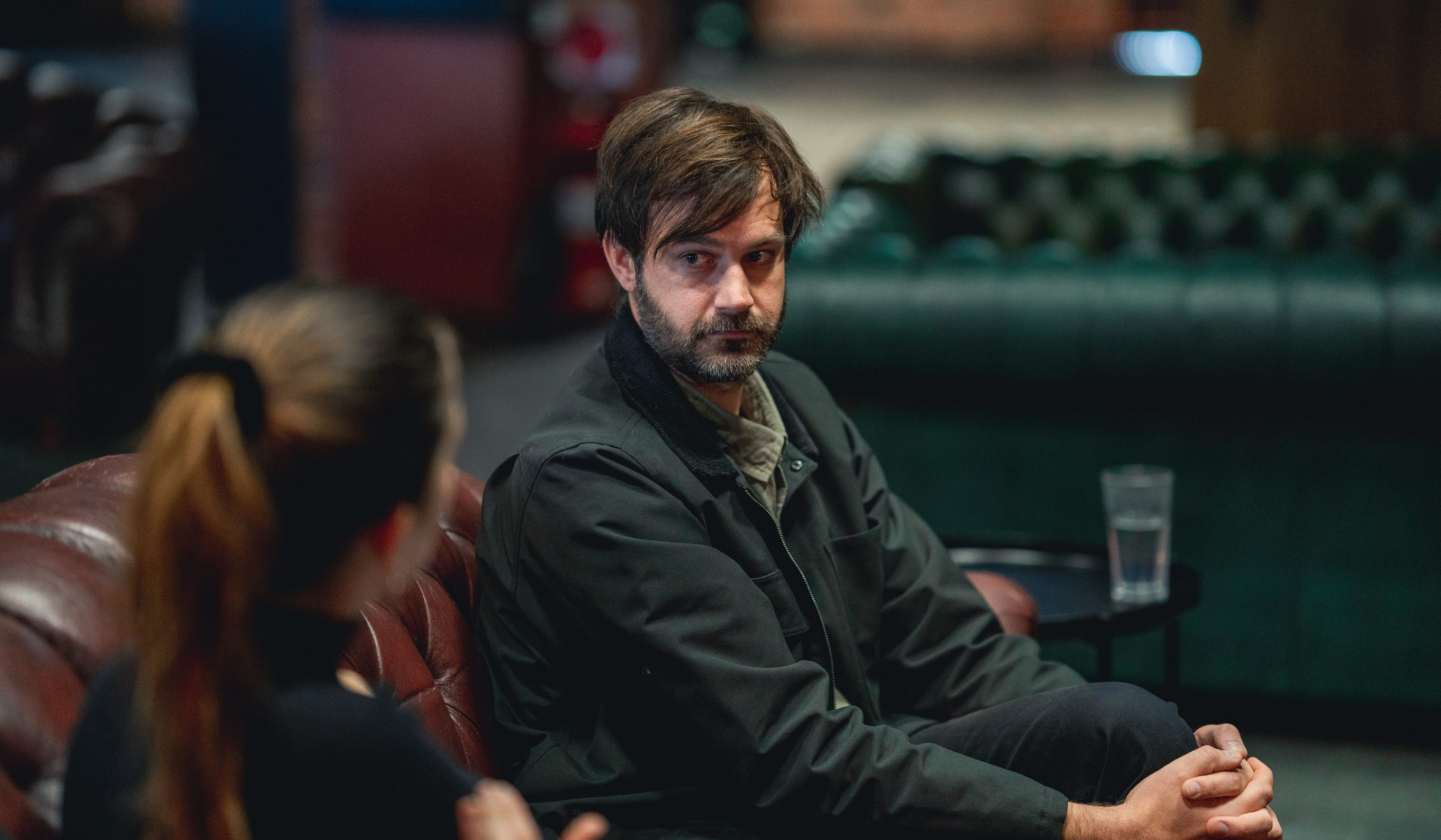 According to the most recent COVID-19 vaccination data published by The Guardian, only 54 per cent of all South Australians have been vaccinated with two doses. We’re expected to hit our 80 per cent double-dose vaccination targets by early December, their information suggests.

SA Health told CityMag in a statement restrictions are currently in place due to the ongoing threat of COVID-19 and the “ongoing high risk” of potential community transmission.

“We cannot afford to become complacent as we work towards our 80 percent vaccination target,” a spokesperson said.

“Any easing of restrictions is a matter for the Transition Committee and is based on a risk assessment analysis.”

Courtney and Jordan feel no assurance there will be a return to festivals and events once South Australia hits its 80 per cent double vaccination target, as the industry has been given no clear roadmap for how the state will lift its restrictions.

Both Victoria and New South Wales have roadmaps, but CityMag could not find one for South Australia.

Marshall told reporters today we don’t need a roadmap like other states because we’re not in lockdown. Instead, we just get the Premier riffing vaguely about borders opening by Xmas and his health boss contradicting him days later https://t.co/C0jRIlUy2G

“This is the frustration. I know that there’s lots of vagueness everywhere still and people are dealing with lockdowns and things like that, but we still have [no roadmap],” Courtney says.

Recently Five Four Entertainment was subcontracted to help execute the State Government and Adelaide City Council’s #GoToTown and FOMOFridays campaign, which was a bid to get office workers and patrons back into the city to support the economy.

Courtney says the fix to encourage South Australians returning to the postcode 5000 is simple – allow venues to operate as normal.

“FOMO Friday really enhances our suspicions of the government not understanding what is going on and how bad the situation is, and how insensitive it looks to the public that they’re either doing things like that or having certain ways of dealing with musicians,” she says.

“There’s an aspect that makes sense of this is for a council property – that’s who you’re trying to engage and get people back into their offices. And that’s fine. But stop pretending you care.”