Eric Ott has owned West End cult dive bar and metal music venue Enigma Bar for more than two decades, but says if he can’t raise at least $50,000 from the public, the long-held haven for alternative music will shutter. 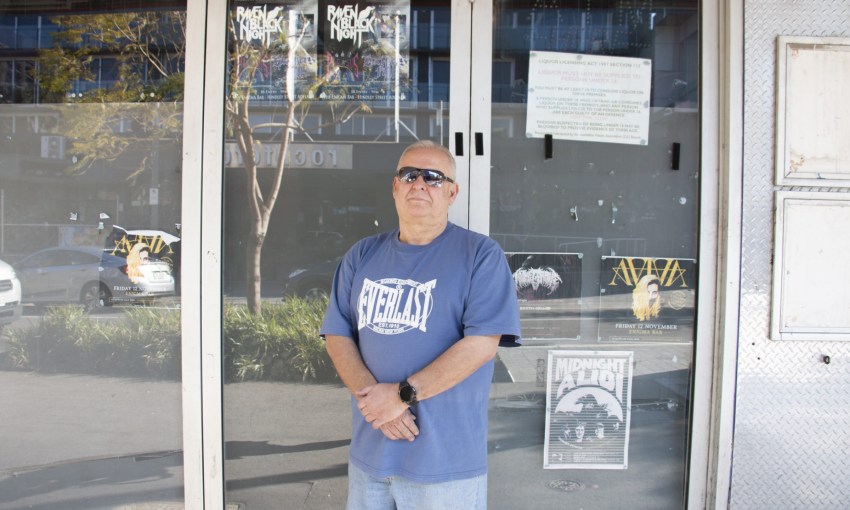 Eric Ott has already remortgaged his home and sold his car to keep debtors from taking his venue.

“That happened a while ago,” he tells CityMag, while sitting on a couch in Enigma Bar, the Hindley Street live music venue he owns. “If we can get $50,000, we can keep the landlord and electricity [company] at bay.”

Keep Enigma Bar from closing
Donate via the link here.

Last week, Eric launched a GoFundMe fundraiser to scrape together $70,000 to save the multi-storey live music institution he opened in 1999.

To those outside of Adelaide’s alternative music scene, much of what goes on inside the dimly-lit dive bar is a mystery.

Metre-high merchandise from Ridley Scott’s 1979 sci-fi film Alien sits in a public-facing windowpane, while upcoming gigs from underground bands like Incubation and Gravemind are etched onto the chalkboard roster.

To those who have been initiated into Enigma’s underworld, the bar is known as a punk, metal and alternative music melting pot.

“It’s a safe place,” Eric says, “and we’ve had three generations of people who come here.”

“Straight people”—meaning normies—”can come here, mixed with metalheads, mixed with punk people, mixed with whatever they want, and no one is ever fussed. Everyone is comfortable here.”

Over the last few months, Enigma has had to cancel over 60 gigs, which has left Eric in need of the public’s support in order to keep the venue going.

Like many live music venues throughout the city, the financial pain at Enigma started with the initial forced closure last year, as the COVID-19 pandemic unfolded.

Enigma Bar kept its doors closed for eight months, a period through which Eric says his landlords offered no rent relief.

During that time, he applied a range of State and Federal Government grants, some of which he was successful in receiving. Overall, though, the money barely made a dent in what was owed, and the debt has continued to pile up.

“I’ve actually been doing delivery work for my landlord for the last year to help pay back some money, to alleviate some of the problems,” he says. 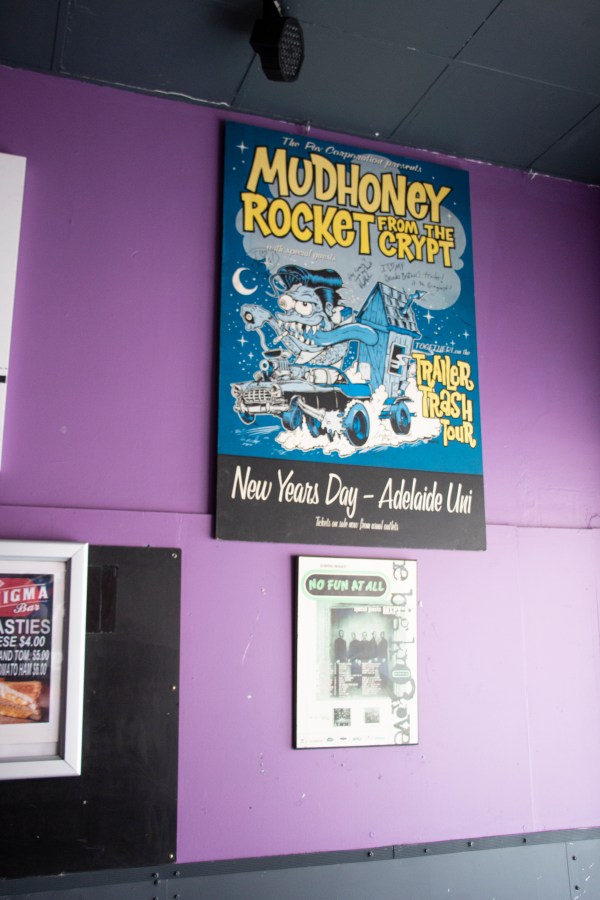 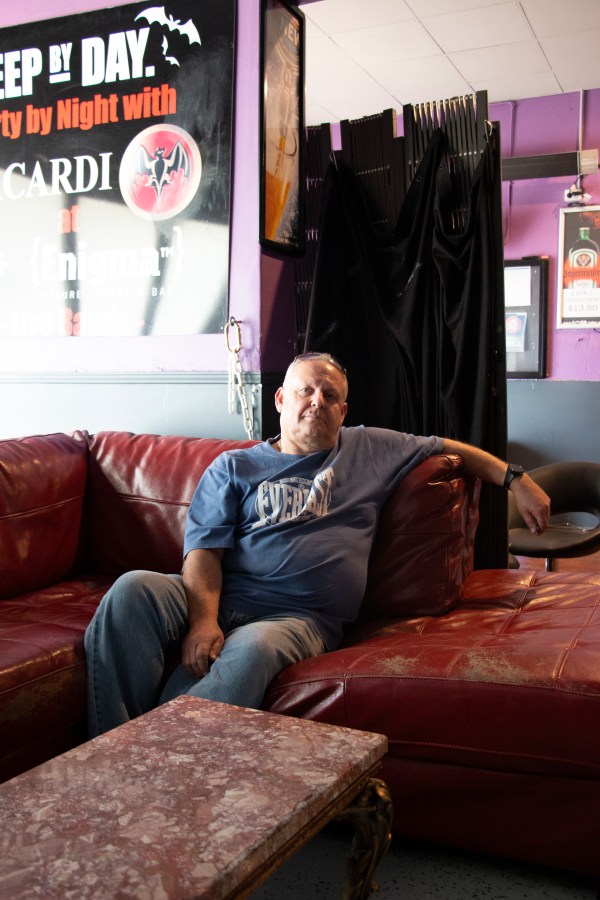 Above: Eric Ott is the owner, but you’ll often see his wife and son working behind the bar

As the pandemic progressed, a “gaping hole” emerged in Enigma’s gig calendar as bands cancelled tours. Eric tried to plug the leak by booking an increasing number of  interstate bands, predominantly from Melbourne and Sydney.

But recent lockdowns have prevented even those bands from travelling to South Australia, putting Enigma in a tighter bind.

The aim is to keep Enigma doing what it does best and has done since 1999: supporting live music.
—Eric Ott

“All of a sudden we had all these holes to try and fill, with bands in the local scene,” Eric says.

“And a lot of the bands didn’t want to do short notice gigs or didn’t want to fill those holes or don’t want to play. You can’t blame them – it’s not an exciting thing for a metal band or a hardcore band to be playing to people that are seated with masks on.”

Eric says part of the fun of the music played at Enigma is the “interaction” between punters and band members. With the introduction of South Australia’s no-dancing rules and mask mandates, it’s ultimately “hurt the bottom line”, he says.

“The way we make money here is basically off the bar, and we need numbers for that,” Eric explains.

Over the decades, Eric has overcome other challenges, such as continually adapting to his patrons’ changing tastes, as they drift from heavy metal to nu metal and even towards more mainstream genres, such as RnB and dance.

But he knows there will be a stream of plucky fans eager to fill a mosh pit – once they’re given the opportunity.

Now though, he’s hoping the public will respond to his call for help, to keep his venue from closing.

“If you haven’t been to Enigma, then I could understand why you wouldn’t donate and see it as just a metal venue,” Eric says.

“But for those who have been to Enigma, then I probably say to them just think about how many good times you’ve had here in the past.

“The aim is to keep Enigma doing what it does best and has done since 1999: supporting live music.” 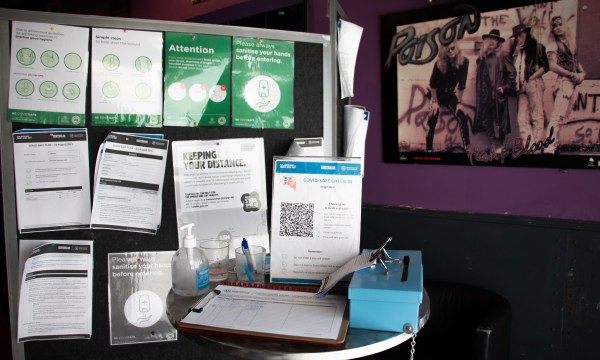