Adelaide deejays are homesick for the dance floor (Part II)

With club nights on ice indefinitely, CityMag is checking in with local deejays to see how they're coping personally and professionally without their late-night party platforms. 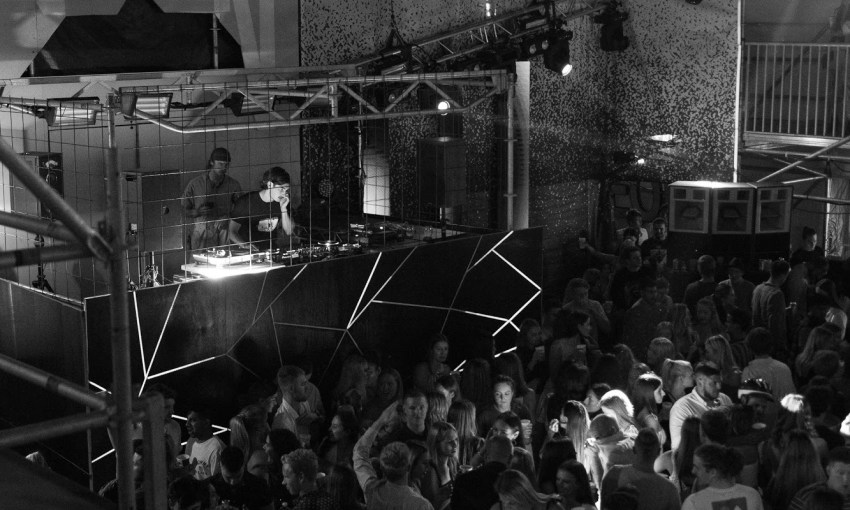 How long has it been since you crumped, shimmied or moved your body to music in a nightclub? For this CityMag journalist it’s been 152 agonising days since she experienced the debauchery of the dance floor.

Most South Australians are probably in the same boat, because, at the end of March, the State Government forced the closure of hospitality businesses, such as nightclubs and bars, to limit the spread of COVID-19.

This article is part of a series. Read Part I at the link.

Months later, these venues were allowed to open, but with limited offerings. Most notably, they cannot allow patrons to drink and dance in tandem, nor can punters must be standing while consuming alcohol.

Technically, you can dance if you’re sober, but even then, venues such as Ancient World have banned dancing outright. Or take the Lion Arts Factory and The Gov, who have opted for seated shows for live music gigs to avoid confusion and whopping fines from SA Police.

While you can have a good time without alcohol, and absolutely don’t need it to dance, booze has often greased CityMag‘s wheels. It’s what allows us to bust out devastatingly embarrassing dance moves without worry.

So, to give credit to those who have helped us dance to good health, this is the second article in a series celebrating Adelaide deejays not yet able to return to work.

Last week we spoke to disco fixture Jade Barker (aka Milkpaste) and Rundle Street renaissance man Mark Kamleh about how they’re coping with changing job opportunities and no dance floor to play to.

This week, Dan Gill from Groundfloor Radio and scene stalwart Laura Danvers share what’s new in their world, and the songs that soundtracked their isolation. 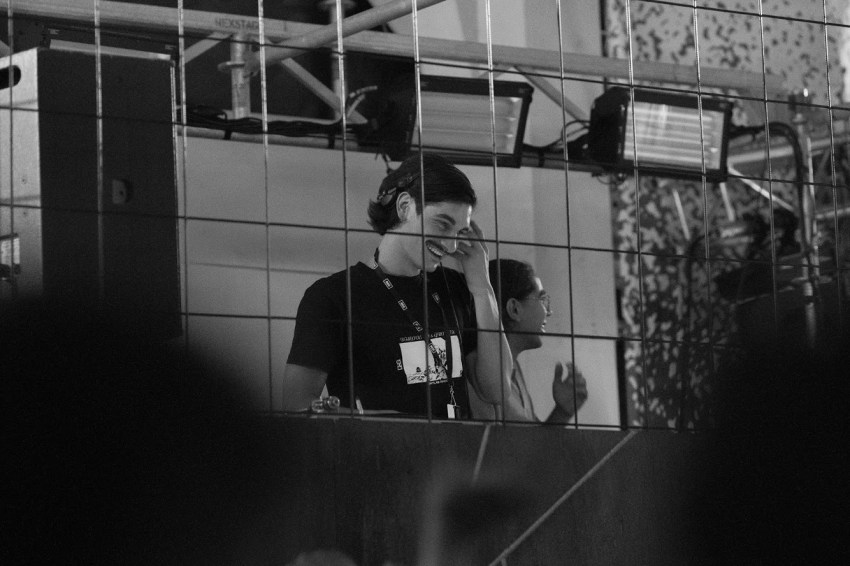 Above: Dan stoked thinking about the next banger he’s gonna drop (we hope it was ‘Sandstorm’)

For those initiated in the underground electronic music scene, Dan Gill, better known as Danny DIY, shouldn’t be a foreign name.

Dan is one of the minds behind online streaming platform Groundfloor Radio, and pre-‘rona he was responsible for throwing some of the East End’s biggest parties, spinning deep house, techno, funk and any other obscure genre under the sun, in venues such as Roxie’s and Sugar.

Dan tells CityMag work has been quiet, but he’s grateful to feel safe and supported in South Australia.

He’s also thankful for Groundfloor’s online streaming platform, which has allowed him to stay connected to the local music scene – but in a different way.

“I’ve found that the way I’m connecting with music has adjusted,” he says, “[and] the music I’ve been finding and listening to has been less driven by dance floor applications, which has been really nice.”

To Dan, Groundfloor Radio online has become a virtual club. But unfortunately, it doesn’t come close to the real thing.

“Hearing loud music is fun, and I miss being immersed in the dance with those in room, and seeing friends.” 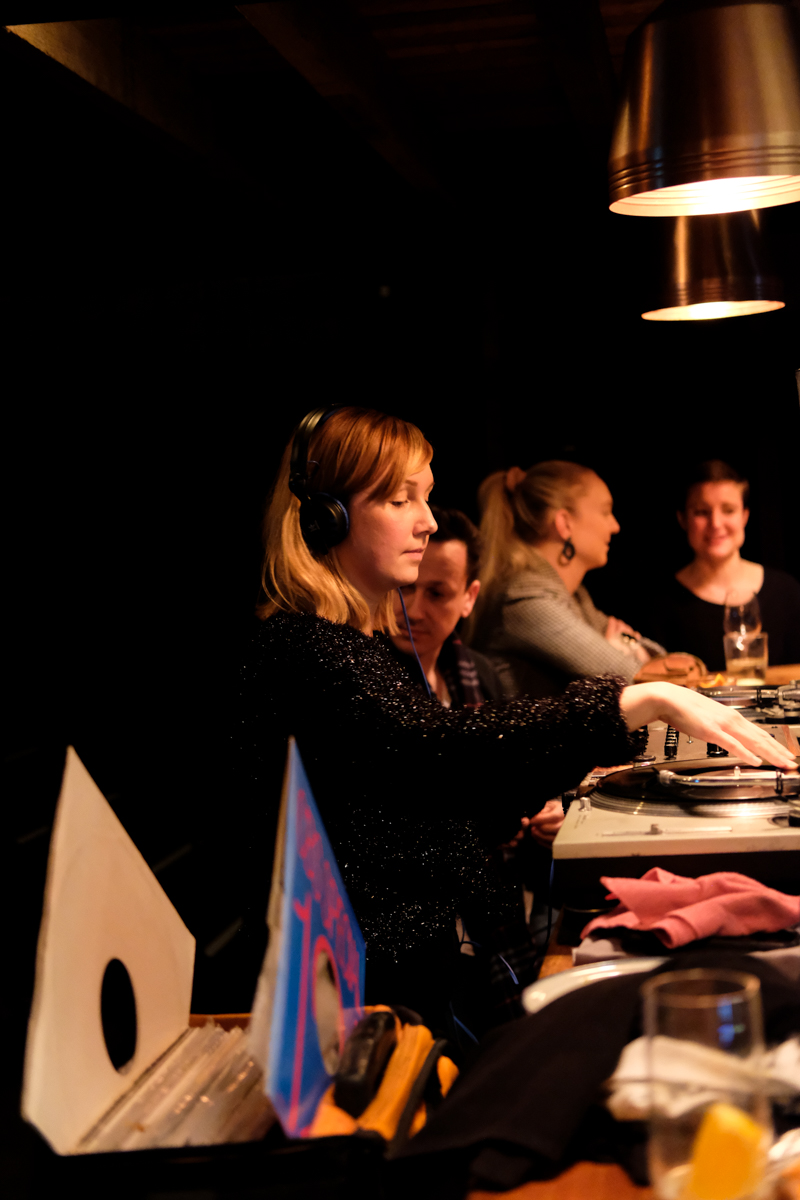 Laura Danvers is devoted to ensuring the vibe is right

If you enjoy the relaxed vibe of the West End’s bars, chances are Laura Danvers made that happen.

Laura works in early childhood education by day, but come Friday she ditches the three-year-olds for the decks at Udaberri and Sunny’s Pizza.

Deejaying is the creative outlet Laura’s lucky enough to be paid to do, she tells CityMag, but when that disappeared at the end of March, something shifted. Her second source of income also dried up. But she’s saying positive.

“I’ve recently moved up to the Hills and hearing the birds outside and appreciating soundscapes around me has been refreshing,” Laura says.

“It’s allowed me to reflect on the music I’ve been playing and consider the ways I want to evolve.”

Lockdown was the push Laura needed to give music production a go – something she’s always wanted to do, she says.

She’s also found the time to teach a budding seven-year-old how to mix records, which combines her two unique gifts: teaching and deejaying.

“I taught her the basics of how to use a mixer and she chose and played records with me for an hour,” Laura says.

”When I was growing up I rarely saw female deejays, which made it difficult to imagine being one. But, here I was showing this girl it’s something she can do. It felt really nice and like I was doing exactly what I set out to do.”

Despite isolation allowing her to look inward, Laura says she missed those Friday nights, and connecting strangers through sound.

“I missed creating a sense of atmosphere in a public space and connecting people through that,” Laura says.