Groundfloor Radio are taking their commitment to Adelaide's underground music community into a new venue, with live streams running from upstairs at Chateau Apollo and a schedule of summer broadcast parties in the Roxie's garden.

After a little over a year trading upstairs at Rundle Street bar BRKLYN, Groundfloor Radio – the internet radio station dedicated to unearthing Adelaide’s underground music community – has transplanted their home base into Roxie’s and Chateau Apollo on Grenfell Street.

Groundfloor was founded by Dan Gill and Joe Marschall in relatively humble circumstances, after the duo pooled together their uni HECS-HELP loans in order to purchase a turntable and mixer set up.

“We started doing mixes of the music that we’d bought on record from Adelaide stores, and basically we wanted to start having a way of showing these mixes we were doing to our friends,” Dan recalls.

They started streaming their mixes via Mixlr and Facebook Live – first from Joe’s Nan’s house in Kent Town and then from Dan’s own bedroom – and a community started to build around their output.

In the middle of last year, Groundfloor moved into BRKLYN in order to bring the radio station into the public realm, rather than being squirreled away in a bedroom.

The experience was “legitimising,” Joe says, with the benefit of working with BRKLYN’s owner Rashaad Chenia, who previously ran Soundpond out of the space, and the ability to forge closer ties with Sugar a couple of doors down.

“We were able to structure it better, we were able to trade as a record store, we opened a record store. We had international deejays come through that were playing at Sugar nightclub two doors down, so that was super convenient, which was great,” Dan says.

In October last year, Dan and Joe started a deejay residency at Roxie’s, which, over the last year, has developed into the radio station formally moving into the space and becoming part of the venue’s culture.

The aim, like the move into BRKLYN, is to further extend the Groundfloor Radio brand into the broader Adelaide music community.

“There are a lot of radio stations, or brands similar to what we are, around the world who have explored an idea of doing radio in more of the public domain,” Dan says.

“It’s one of our big motivations for the next year, is to bring radio into more of the public domain and for it to be almost a social opportunity.

“I think, particularly for Adelaide, this could be really instrumental in terms of metabolising the scene further and getting people interested in different kinds of music… Actually [encouraging] them to be there and experience the physical properties of what a scene around this music is, and the friendship, the camaraderie that exists in and through music.” 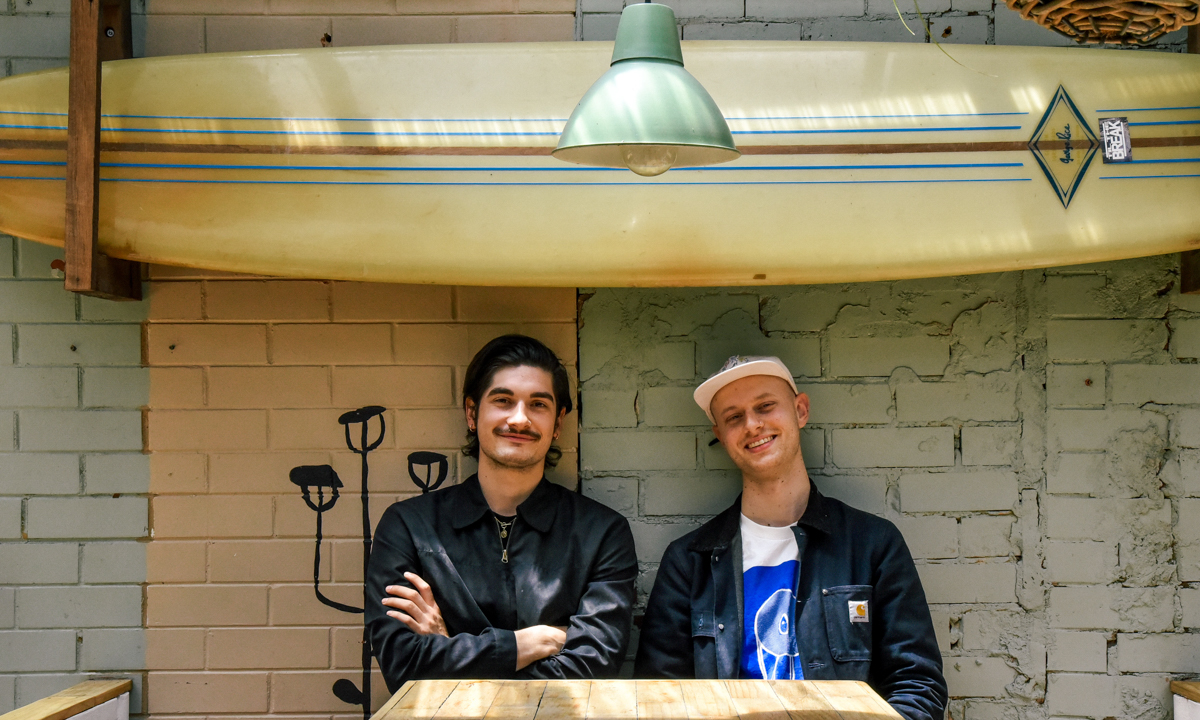 The broadcasting setup above the Chateau space is not dissimilar to what the team had at BRKLYN, but Dan and Joe have plans to make use of the lush Roxie’s garden below.

“In the garden we’re looking to do this event every Saturday where we run radio in the garden from 1pm ‘til 1am,” Dan says.

“We’re going to do record sales and just encourage people to be around the music. You can see with the changes to the front here as well, the ability to incorporate coffee into that as well – coffee, pastries, food, drinks, whatever it is.

“People can use that and the music to facilitate social encounters and social experiences. That’s what we want to try and create, a really unique environment that’s super creative and could almost be an opportunity for young people and older people in Adelaide who have creative endeavours to come and foster those in that environment.”

The move into Roxie’s has also meant a scale up in ambition for Groundfloor, which has led Dan and Joe to reach into their network to grow the radio station’s team.

They’ve brought on three new Groundfloor recruits: Lois Byrne, who is looking after marketing; Jack Roberts, who takes care of programming; and Eric Bagnara, who’s in charge of logistics. 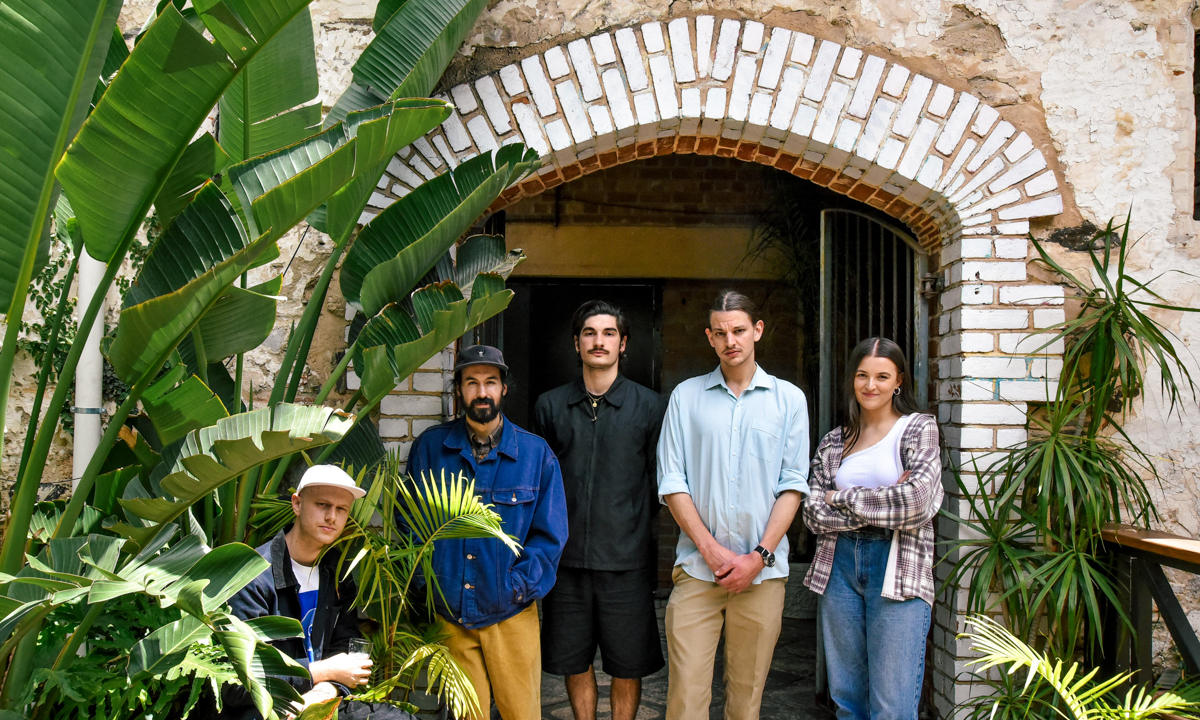 “I found it really exciting to share the ideas that Dan and I were talking about for years with other people who were equally as excited about it,” Joe says.

“That’s just been one of the fantastic things for me, is that other people are as excited as we are, everyone else has these amazing ideas, and we’ve just got these perspectives we wouldn’t have dreamt of having, and it’s great.”

The crew christened the space on the weekend just gone with a terrace party, featuring deejays from the Groundfloor radio community (there are around 20 on the roster currently), and the station’s streaming will recommence upstairs at Chateau this Wednesday, 27 November, with regular programming running from Wednesday to Friday each week.

On Saturday, 14 December, Groundfloor with then launch Radio at Roxie’s, the aforementioned day-to-night broadcast parties in the garden, which will happen weekly throughout summer.

Dan describes the events as “wholesome, social and creative gatherings around music with an experimental, Balearic and world music focus,” and says they will also incorporate “live radio happening in the booth at Roxie’s and streamed on the internet, records and record sales, [and] coffee, food, drinks courtesy of Comida and Roxie’s.”