If you want a platform for your music, build it yourself. CityMag spoke with Swirl Records about being a DIY label.

Being a young record label in 2017 is to breach a new frontier, or so it seems when speaking with Gerry Bain, Tom Matheson and Hamish Gibson-Smith about their label, Swirl Records.

“Now we’re finding the vinyl might still be back, but CDs are gone completely, tapes have got that niche market, Bandcamp, and a place like Triple J, and Facebook’s really great. YouTube’s really great for sharing music and the local scene is really getting behind that online style of listening to music.”

The music industry is currently a landscape in flux. And in Adelaide, as the Swirl crew describes it, there’s plenty of space to carve a niche of your own.

This was the catalyst for Swirl Records.

“I started in a band… and then we thought let’s just create a label to give the illusion that we have a platform, and then, for some reason, it took off,” Tom, who also plays in Siamese, says.

“We went from there and just started making friends and Swirl became a bit more than we expected.”

“We figured to get the bands going further, we could create this illusion, like Tom was saying, or create this family of people putting on gigs, and behind the scenes, the business side of music, which is sometimes pretty tricky,” Gerry says. 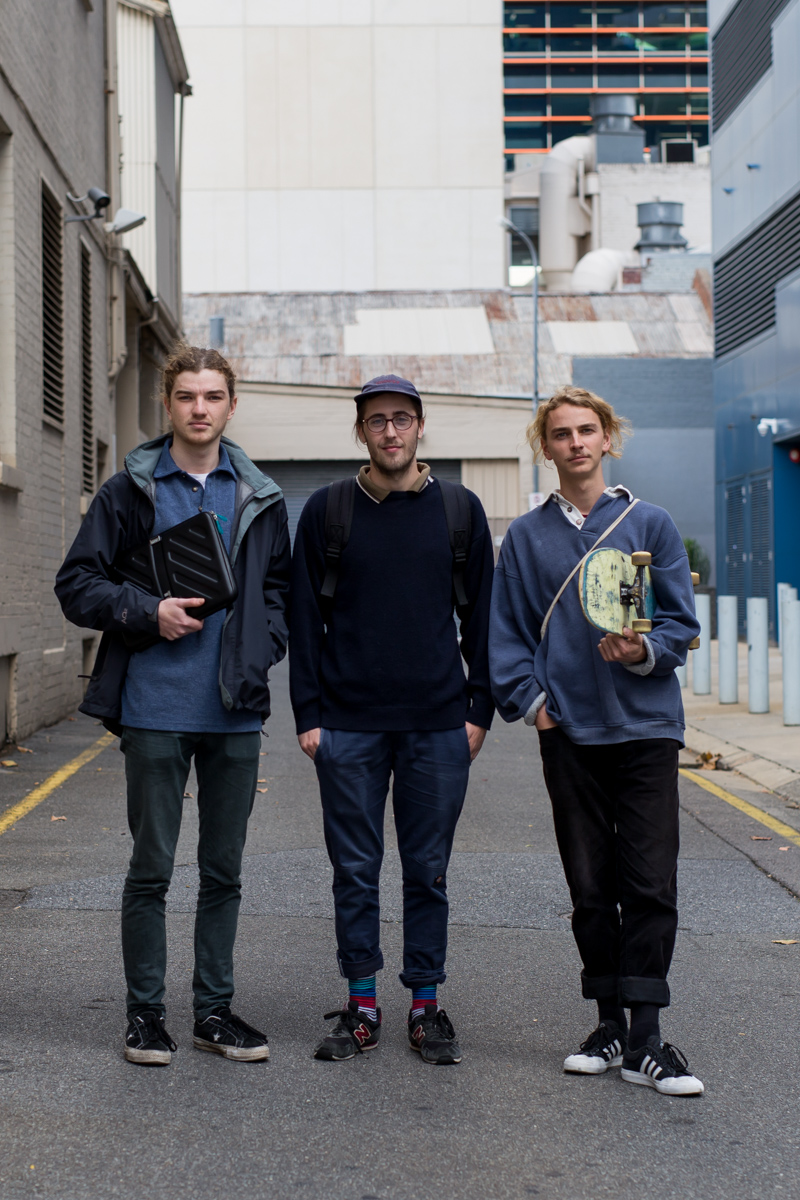 In the two years they’ve been together, Swirl has become a bastion of young talent in Adelaide, propelling their contemporaries, who, without Swirl, might not have had a way in.

“Being a new band, you’re not really very appealing to other record labels, older ones,” Tom says.

“They want more of an established band, songs already, and a following, and I think that’s the thing that we offer that other labels don’t, is we offer this platform that other people can come to us even if they don’t have anything established.”

“Because we were 18, 19, [it’s] daunting for young kids to put themselves out there,” Hamish continues.

“So instead of approaching other people, we were throwing house parties, and then having nights at dingier venues.”

The momentum built around Swirl is not going to waste, with the lads meeting with Splash Adelaide for help with producing a festival in July, and a friendly partnership being struck with Capital Sound Studios to give their bands a place to create.

And rather than combatting their predecessors, as you might expect from a crew of young upstarts, they know there’s plenty for them to learn.

“Music SA have been brilliant, Steve Pitkin who’s music management, Matt Hayward, he does his own stuff as well and he wants to get behind us,” Gerry says.

“There’s Punk Ass Kids, there’s a lot of venues that really support us, Rocket, Crown and Anchor, those sorts of places, 5/4 have been good to us as well, so yeah, there’s all of these older people who sort of see us as the new generation coming up that are really helpful, which is great. We’re all ears. We’re soaking it all in at this stage.”