Redefining The Crown and Anchor

The Social Creative are just getting started on their plans for the Adelaide icon, which will soon incorporate a new South American eatery. 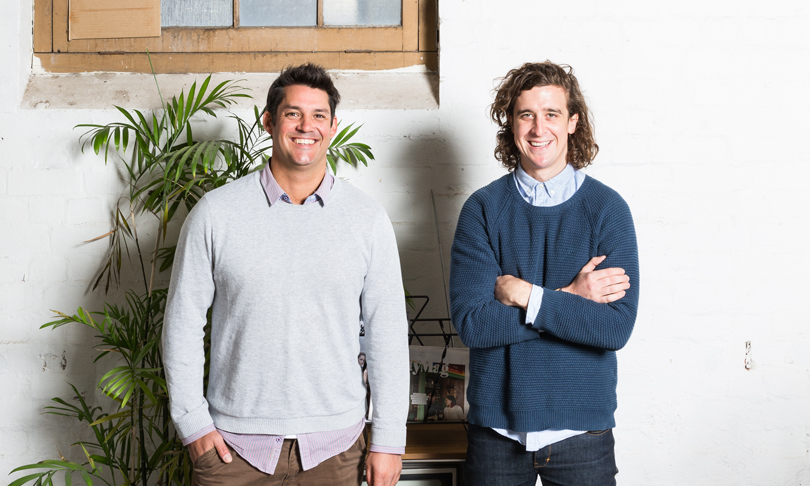 It was two days out from the Superfish launch in November when CityMag caught up with The Social Creative – the guys behind that venue, who are also responsible for Fat Controller, the Royal Croquet Club, and the Little Miss Mexico/Crab Shack/Dive Shop series.

But even with construction happening all around them and nail guns blazing, the excitement was clear in Stuart Duckworth and Tom Skipper’s tone as they discussed their plans for the Crown and Anchor – a site for which they now hold the keys.

In their plans are more live music, a new eatery and maintenance of the pub’s existing culture, but just beneath the pair’s excited tone, there was a hint that 2016 had been a tumultuous time for The Social Creative.

“We put more money into court cases than we have actually into renovations, so if that says anything,” Tom adds.

Losing the licence to their flagship site at the corner of Grenfell and Frome Streets was something they’d hoped to avoid, but unfortunately it happened. However, it was quickly handed back to them thanks to landlord Gerry Karidis, who in September took over the neighbouring Crown and Anchor, enabling them to use that venue’s license for trade.

“We’d heard on the grapevine that Gerry was looking to buy the property, and so secretly we were hoping that we’d get a call up,” Stuart says.

“Gerry’s been a massive support for us… and he’s also our landlord at Fat Controller, so for 12 months we’ve been talking to him about working on future projects.

“We hoped that if there was ever another opportunity to operate on this site, that we’d be given it, but because we could never get a licence again, it was kind of hopeless for us to do anything.”

The entire corner site is slated for redevelopment by The Karidis Corporation, and it turned out Gerry not only wanted them back in the space they’d become so familiar with, but also to take control of The Crown and Anchor. 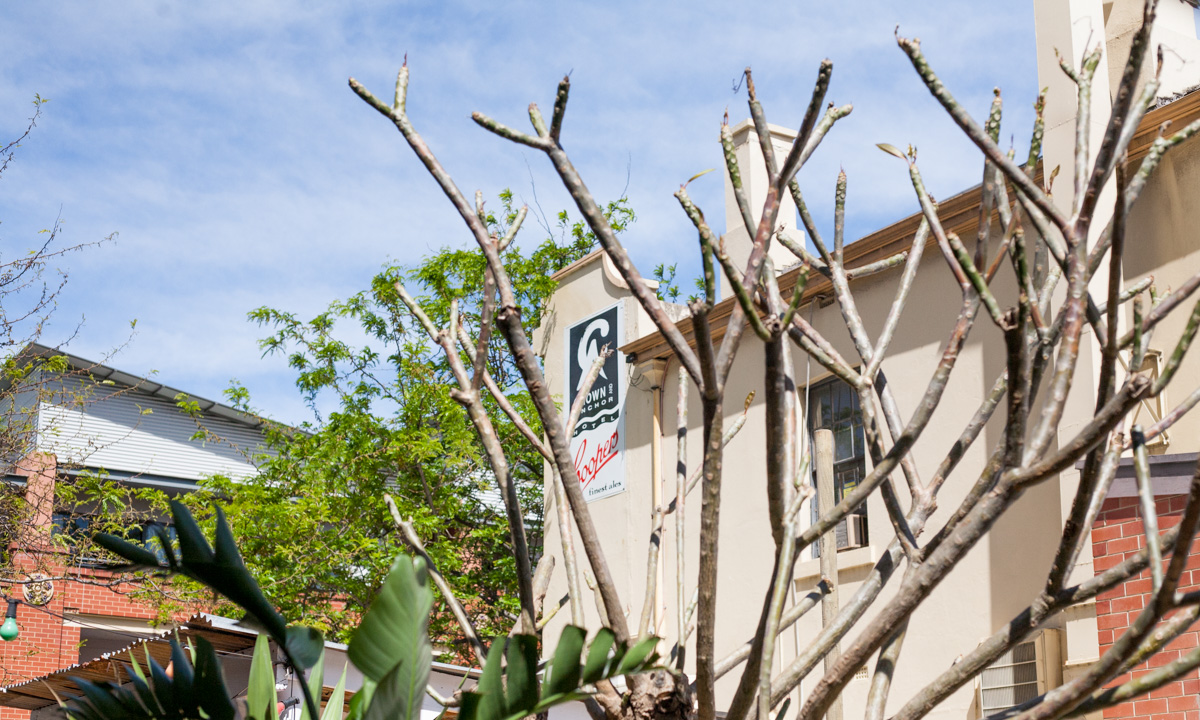 “Gerry… obviously saw it in his best interest to buy the property because it helps his development, also guarantees some tenants, and means he can redesign this property now,” Stuart says.

“He’s got four more developments before he tackles this site… [so] this buys him some more time to have the site active.”

With a commitment of more than five years, and an essentially free rein for operations, the possibilities for the iconic Adelaide pub are broad, but Stuart and Tom are determined to maintain its character.

“There’s no plans to change the inside of the pub, but it needs a bit of love. It probably needs a lick of paint or something,” Stuart says.

“We’ve never taken the approach to come in and change the Crown and Anchor. It’s been such an institution with live music and given so many career starts to so many,” Tom continues.

“Upstairs we are continuing the collaboration with the ever-clever Happy Motel’s Jordan Jeavons to deliver a South American street eatery post Fringe.”

In the short term, the goal is to join the two sites so that Superfish becomes The Crown and Anchor’s beer garden. Additionally, the Frome Street space formerly used by furniture design specialists East End Studios is  set to transform into a freelancer-friendly café. 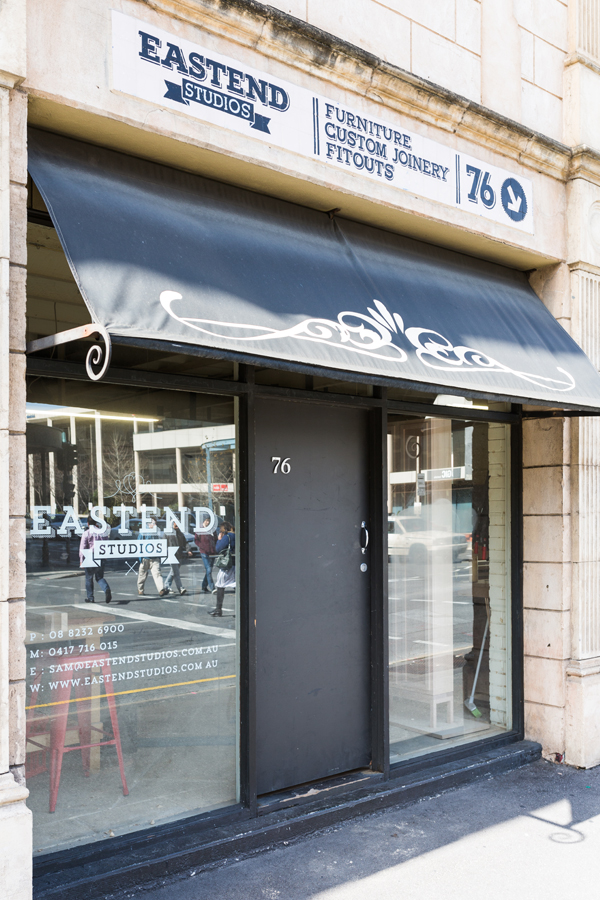 “Primarily it would be food and beverage, hospitality offering, but a space where people can feel comfortable, set up and work for the day, or come back and set up to work whenever they want,” Stuart says.

“There’s not like a ‘you’ve gotta book this space’, it’s more so when you look at the East End or the city in general, if you’re a creative type, whether you be a uni student, or just starting off as a solo artist or whatever it is, having those meetings, or kind of knuckling down to work, because… it’s hard to find a spot where you can just lock in for a day.”

“We’ll take a little more of a holistic approach to the entire property when it’s all joined up,” Tom explains.

“Rather than treating The Crown and Anchor as one entity, Superfish as another, and what’s potentially on the corner as yet another. They’ll all have to talk to one another.”

The goal in the longer term is to operate throughout the development process and become part of the fabric of the site in its final form.

“The whole idea really is that this place could become a boutique hotel, plus serviced apartments, which are serviced by the pub, and so the pub goes from just being a pub, to also a multi-use faceted foyer with restaurant included,” Stuart says.

“Our biggest goal for the next 5-10 years [is] to ensure that the heart of this place, which we’ll create working with people like Jordan, maintains throughout the development.”

It’s potentially an enormous project, and a story playing out at a much slower pace than the pop-up aficionados are used to, but despite the uncertainty of what the next ten years will look like, Stuart and Tom are certainly happy to be back.

“We’ve come to this roller coaster ride where all we want to do is do things we love and find interesting and are good at, and we’ve just been held back by so many different things,” Stuart says.

“So it’s mixed emotions in the sense that we’ve been kind of hoping for things to come off, not only with this, [but] different events, stuff we’ve done across the world… so when we found out we could do this – it was absolute joy, but also fucking exhausting.”