Promoting live music in Adelaide is a risky game. CityMag caught up with Adam Cope and Chet O’Brien Tilbrook to learn how it’s done at Rocket Bar. 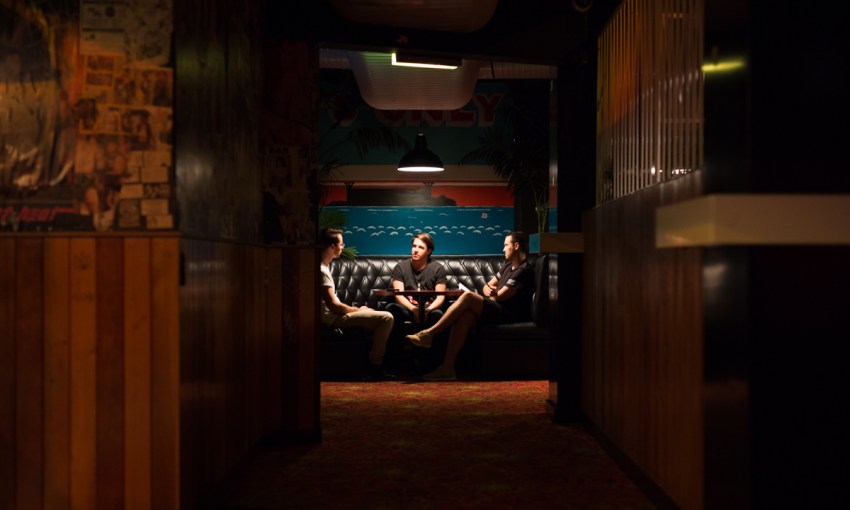 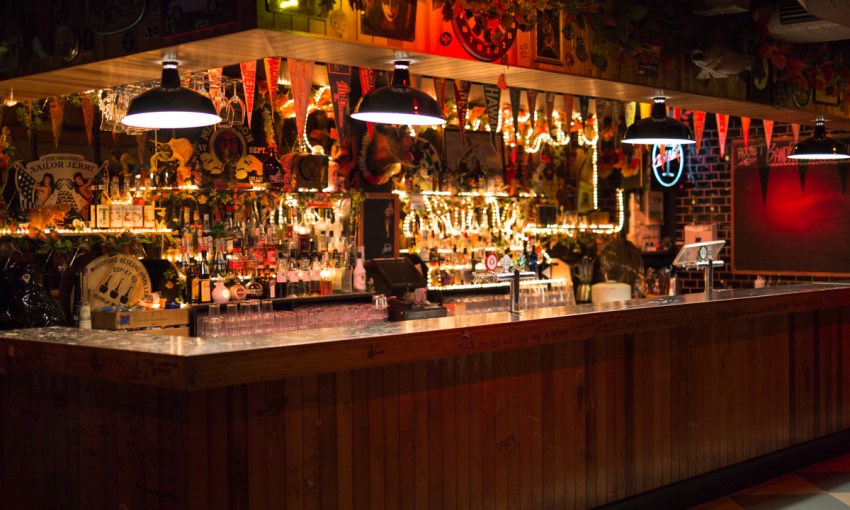 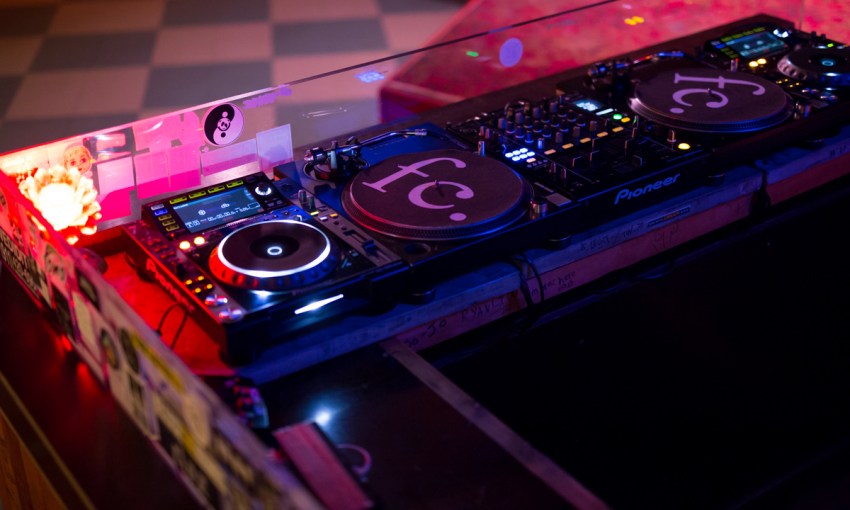 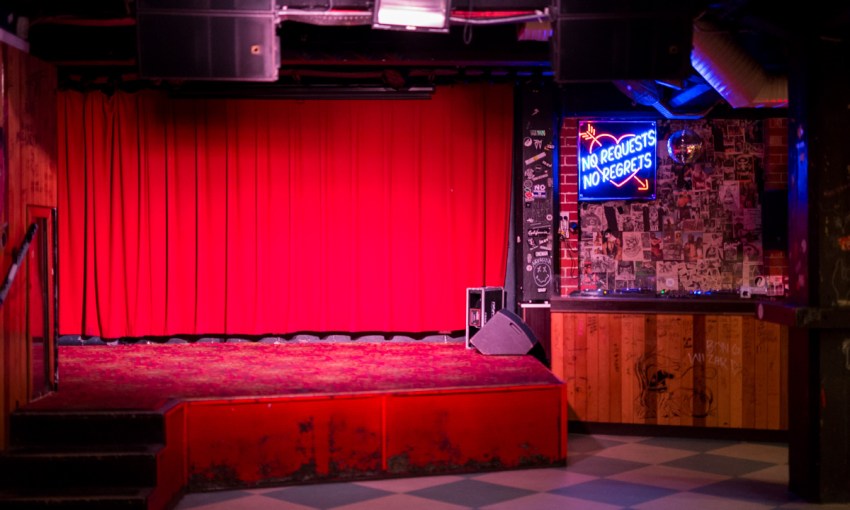 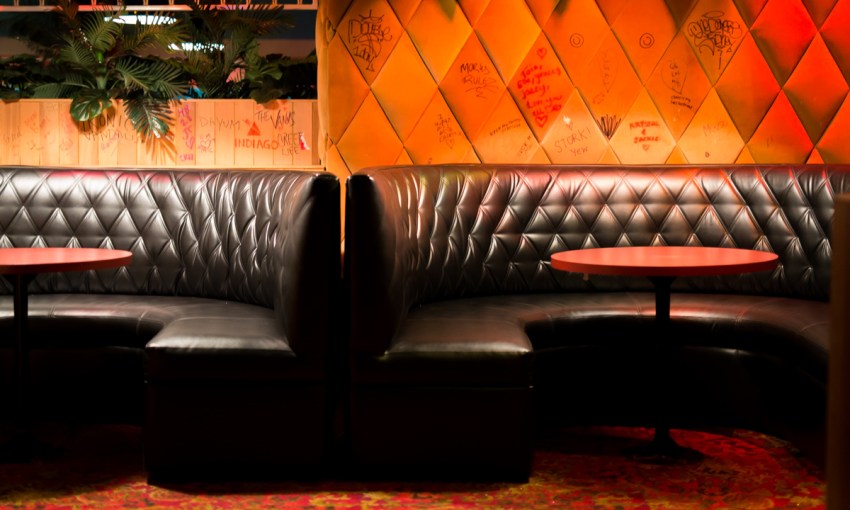 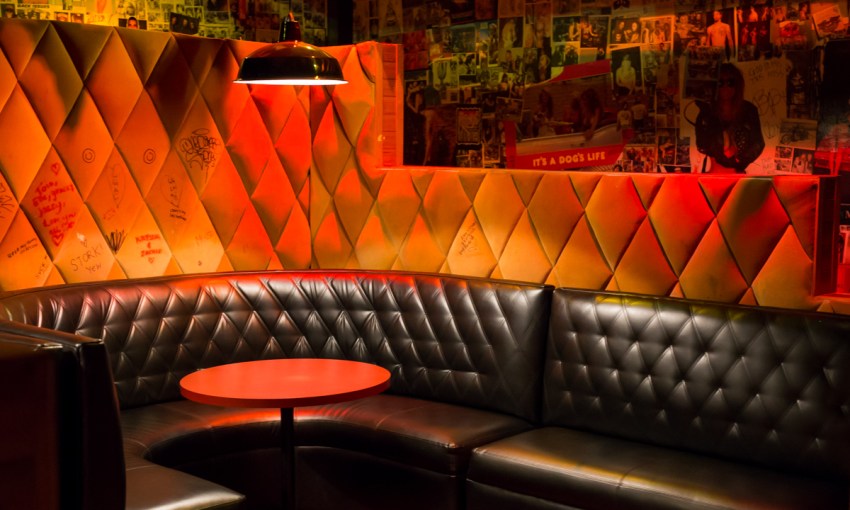 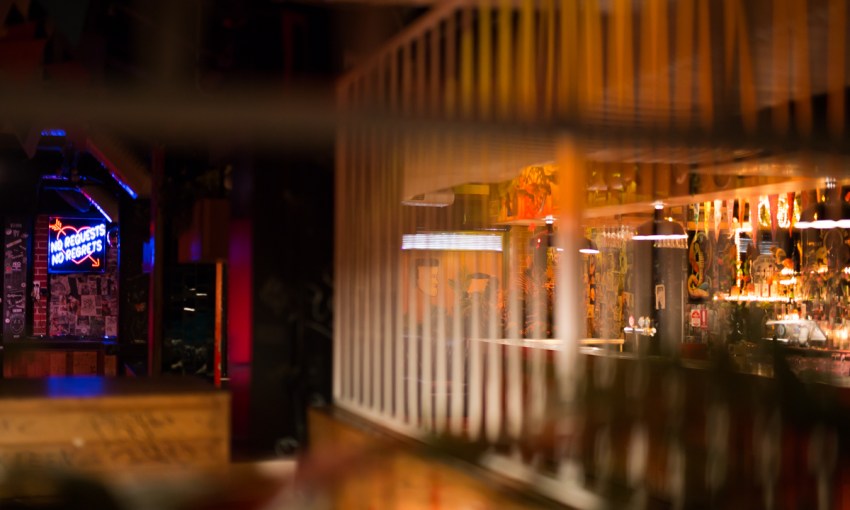 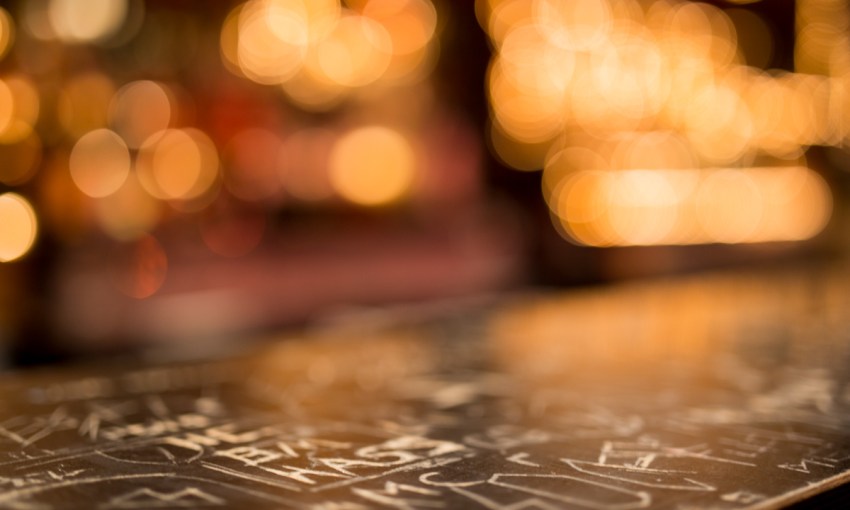 By the time Adam Cope and Chet O’Brien-Tilbrook began working at Rocket, the venue was well established.

For Chet, a natural evolution led to his current role as the promoter for Rocket’s Saturday nights, as well as heading up bookings, programming and functions. 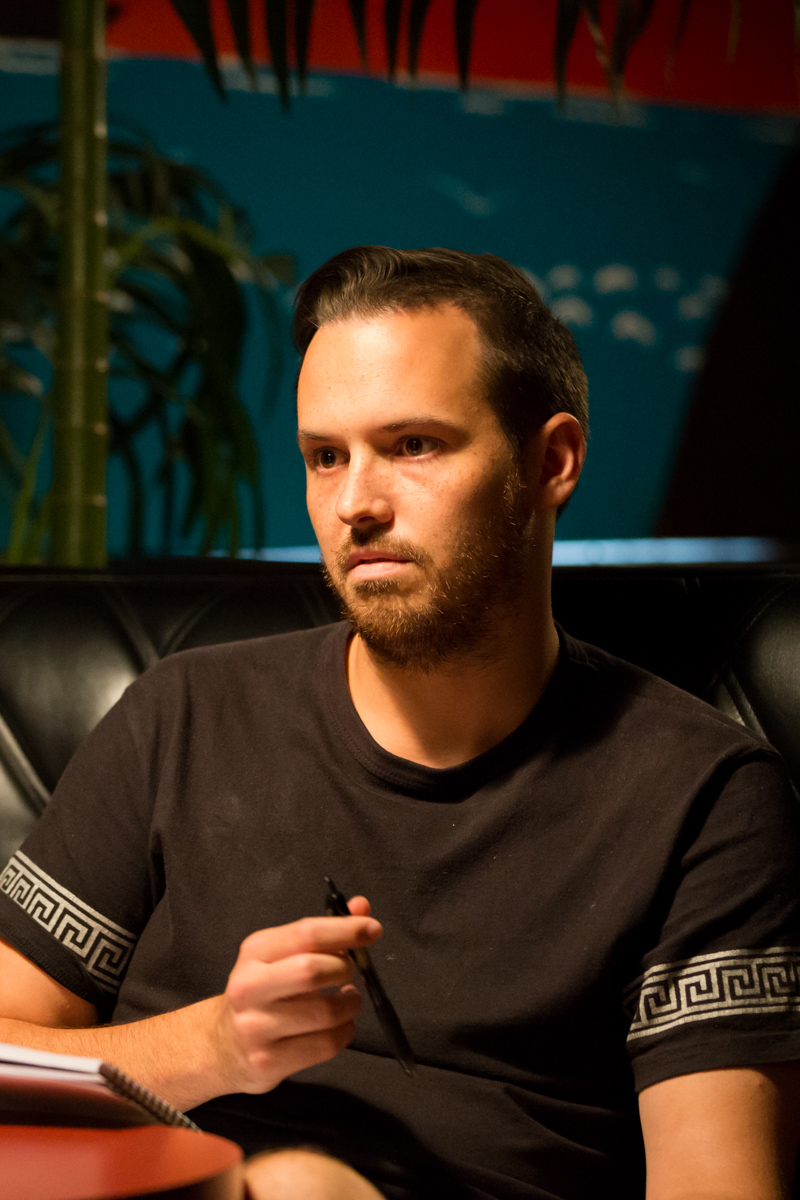 “I’ve been DJing here since 2011. My first ever DJ set was up in Rocket at 8 Bit Kidz, when they ran those parties on Thursday nights,” Chet says.

“And then I was good friends with the guy who was in my role [at Rocket] before me, and he left and thought that I was the best person to take over.

“I started in Electric Circus… as a normal promoter doing guest lists and not really much on the event side… and then I went away and started doing my own parties elsewhere,” Adam says.

“I came back and it was the start of 2012… I saw a gap in the market, and I was seeing that Rocket Bar was often closed on Friday nights, and I was like ‘hey, I’ve got this promoting experience, I’ve got the right taste in music, I know these sort of acts, which I think will do well.’

“[So] with Jamie Bennett, who was the head booking agent at the time, I organised my Cats Friday nights, and they’ve been going ever since.”

For more information on upcoming bands, events and West End collaborations, keep an eye on the Rocket Bar & Rooftop and Cats Facebook pages.

Produced in association with the Adelaide City Council.

Though they have eyes on very different corners of the market, with Adam focussing on indie rock, and Chet bringing “soulful hip hop, electronic kind of vibes”, their shared aim is to maintain what they believe is Rocket Bar’s reputation as Adelaide’s best 200-capacity venue.

“For Australian bands, to have that 200-capacity room, which is busy and can guarantee them a crowd, is really important,” Adam says.

“This might sound a bit cocky, but I know there’s so many bands that wouldn’t bother visiting Adelaide unless we could offer them a decent amount of money and a decent crowd… So many bands would not take the risk. They would lose money and they just would not come, and they would do their Melbourne, Sydney, Brisbane tour, and then maybe hit Adelaide later on, once they’d hit the big time a bit more.”

And for local artists yet to create a national profile the venue gives them to opportunity to graduate to playing slightly bigger crowds, without the pressure of filling a large room. 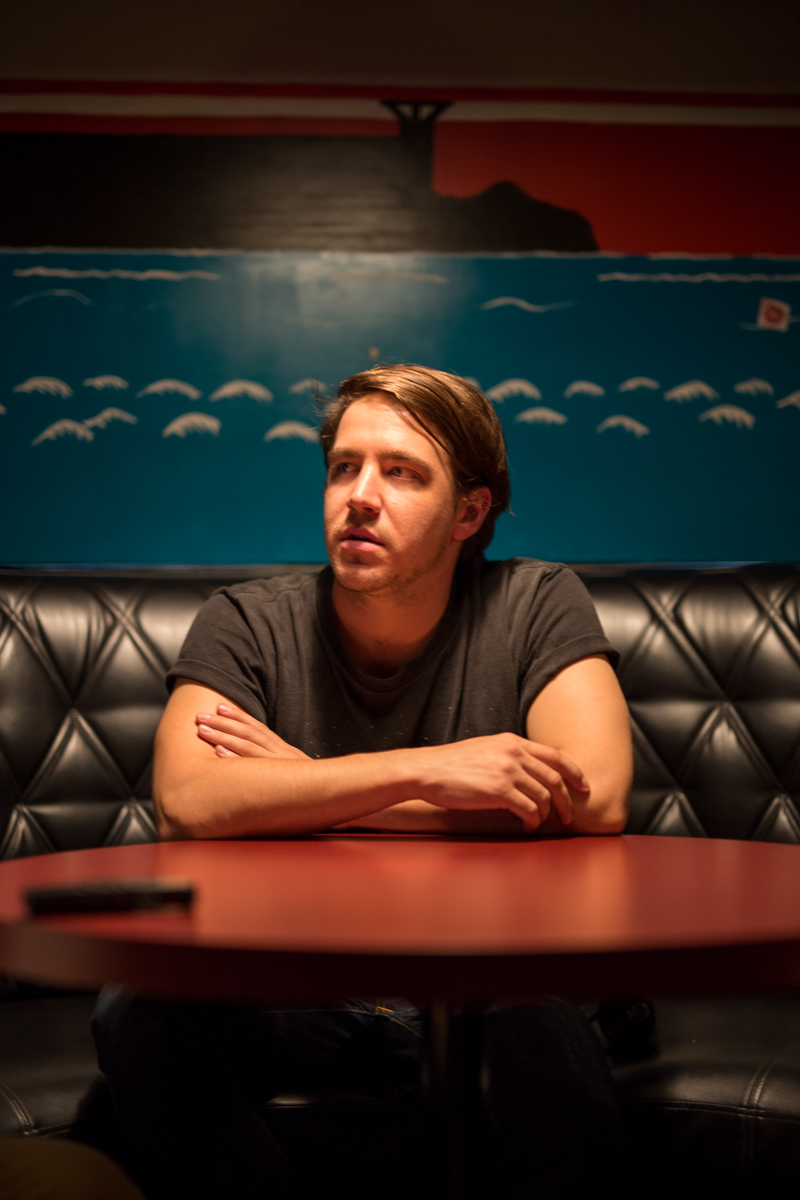 “Unfortunately, I don’t think Adelaide’s big enough to have enough bands in the city that could sell 200 tickets every week, so that’s why we have to get bands from Melbourne, Sydney, interstate, and internationals,” Adam says.

“[But] if there’s an Adelaide band and they’re at that stage in their career where they’re ready for a 200-size room, then definitely, I’m going to want them to headline here.

“For example, like Hartway this weekend, when there’s a band ready to launch a new single and ready to headline, we give them preference, I reckon.”

Promoting is also a risky game, particularly in Adelaide, where we’re known across the country as a city that tends to buy tickets last minute (“if there’s a storm on the day, a promoter might lose all their money,” Adam says). But with Rocket’s owner, Paul Glen, behind them, Chet and Adam are able to confidently take risks and keep Rocket’s boutique offering consistent.

“[Paul’s] put us in our position and trusts us,” Adam says.

“I think the reason we do cool bands is mainly because of Paul. He’s not just saying do the cheesiest thing because that’s the most money. It’s cool that he’s led us down the direction to do something cool and different.”