After a year and half of intermittently working from home, there’s plenty of reason to want to escape the too-familiar four walls of your living space.

Office workers across the country have surely spent time looking out at any vacant space they might have in their backyard, wishing for somewhere else to escape to.

A small office space, perhaps, to maintain the separation between work and home.

Or a rumpus room for the younger members of your household, to allow for a calmer at-home working environment.

Additional living space is just one of the potential applications of the beautifully designed and intelligently constructed architectural objects created by Assembly Three.

The company was founded by architect Andrew Steele, project manager Zoe Steele, and development manager Carsten Dethlefsen, all of whom are involved in the Forage Built homelessness housing solution, which debuted at Tasting Australia this year.

“They approached me to do the brand for Assembly Three, and just out of that we started to get along well, and… [they] invited me to become part of the team,” Dave says.

“It’s an added arm to what we can offer clients, in terms of if they are doing some accommodation on a winery and they need to brand that accommodation, we can do that.” 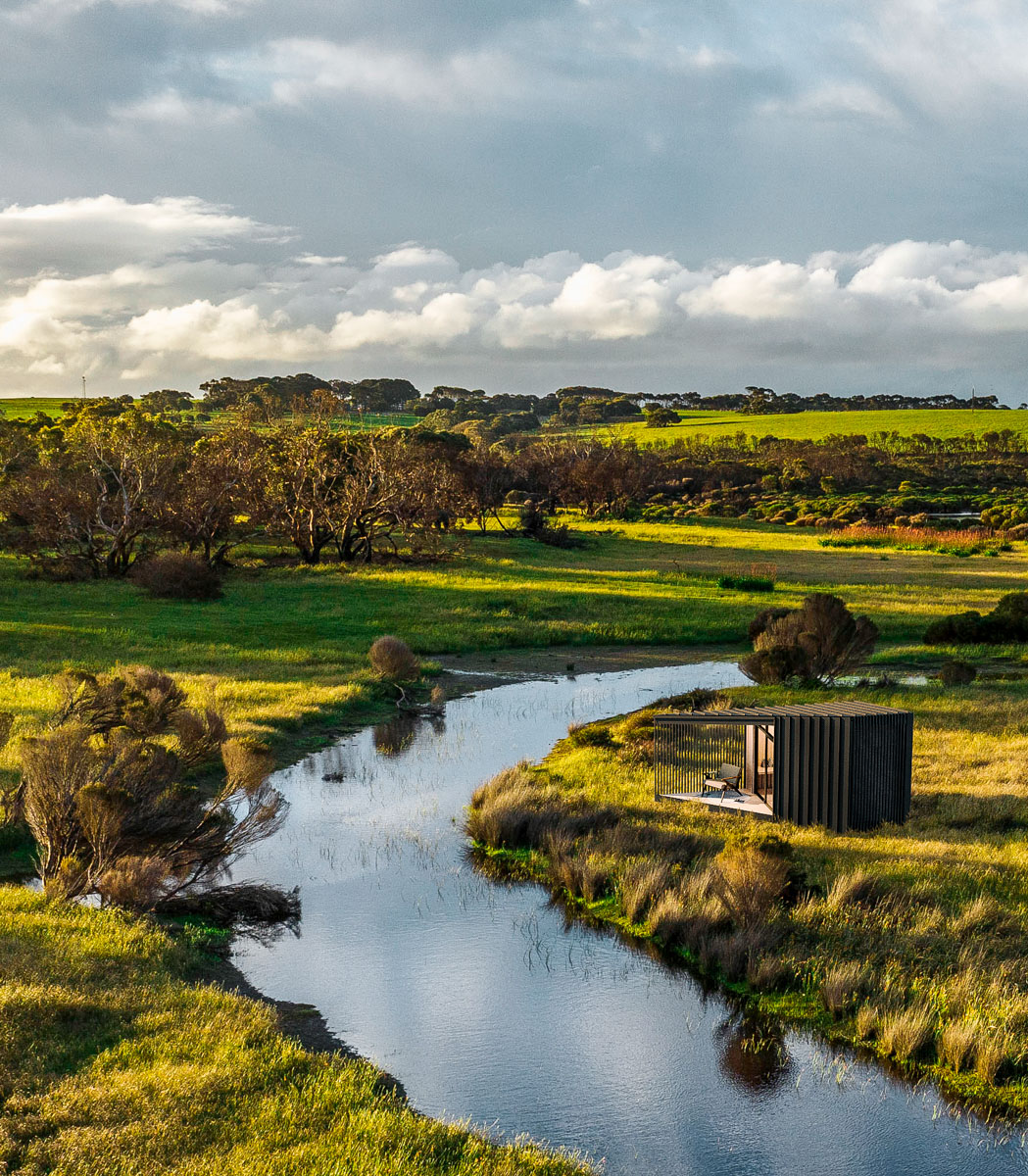 A render of an Assembly Three structure in serene surrounds

Andrew, Zoe, Carsten and Dave invited us out to a warehouse in Tonsley, where they have a towering timber structure looms above us – the first Assembly Three prototype.

The prototype we’re looking at is the Suite Plus, a fifth design that adds a mezzanine to the 68sqm option, which will launch to market shortly after the initial launch.

Andrew sees a broad range of potential applications for the suite of products – from home additions, mum-and-pop-scale Airbnbs, accommodation options for caravan parks, up to large-scale boutique cellar doors.

The design solutions Assembly Three can provide are scalable, with multiple structures able to be linked together, and several levels of finish available for the fitout.

“We’ve talked to a client, they’ve got a site and through the fires one of the cottages on the site was completely stuffed,” says Andrew, who is also a director at Studio Nine Architects.

“They said, ‘Well, let’s try doing it as an Airbnb’, and they just want to start small – maybe two of these.

“Because we’ve got a suite of products, it’s not just one-size-fits-all.

“We’ve also got designs that go all the way out to a cellar door scenario… So it could be anything from a tasting room, all the way up to having a kitchen.” 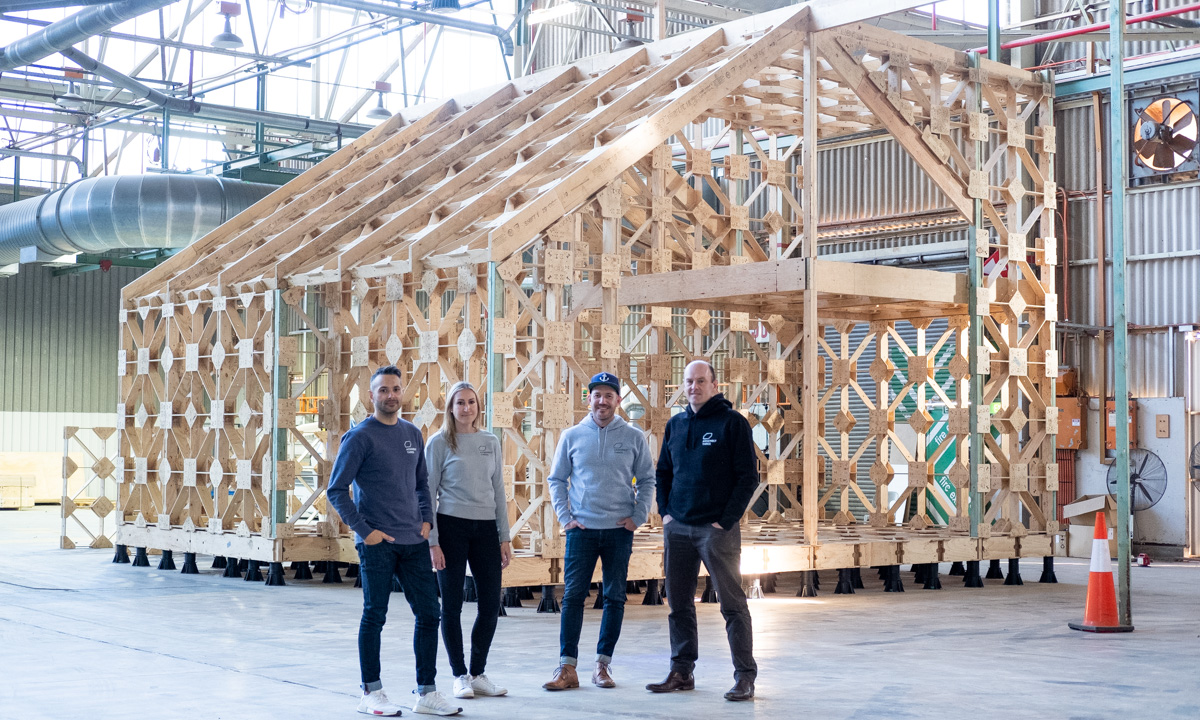 The Assembly Three products are beautiful objects, with high-quality design being a major selling point for the brand, one they consider to be a major point of difference in the prefabricated-building market.

Another point of differentiation they hope to leverage is the way in which Assembly Three can tailor the combined skills of its founding team to whatever a client may need.

If a client comes to Assembly Three with a business use case, “we can actually work through the feasibility to say, ‘Does it actually stack up?’ before you go through and build it,” Carsten says.

“We can manage the design, project manage the build, brand it, market it, build the socials around it. So that one-stop shop for all of those services all the way through, which we think is fairly unique.”

A client, should they so desire, could even build their own structure – an option made simpler thanks to the use of the X-Frame wall-framing system. 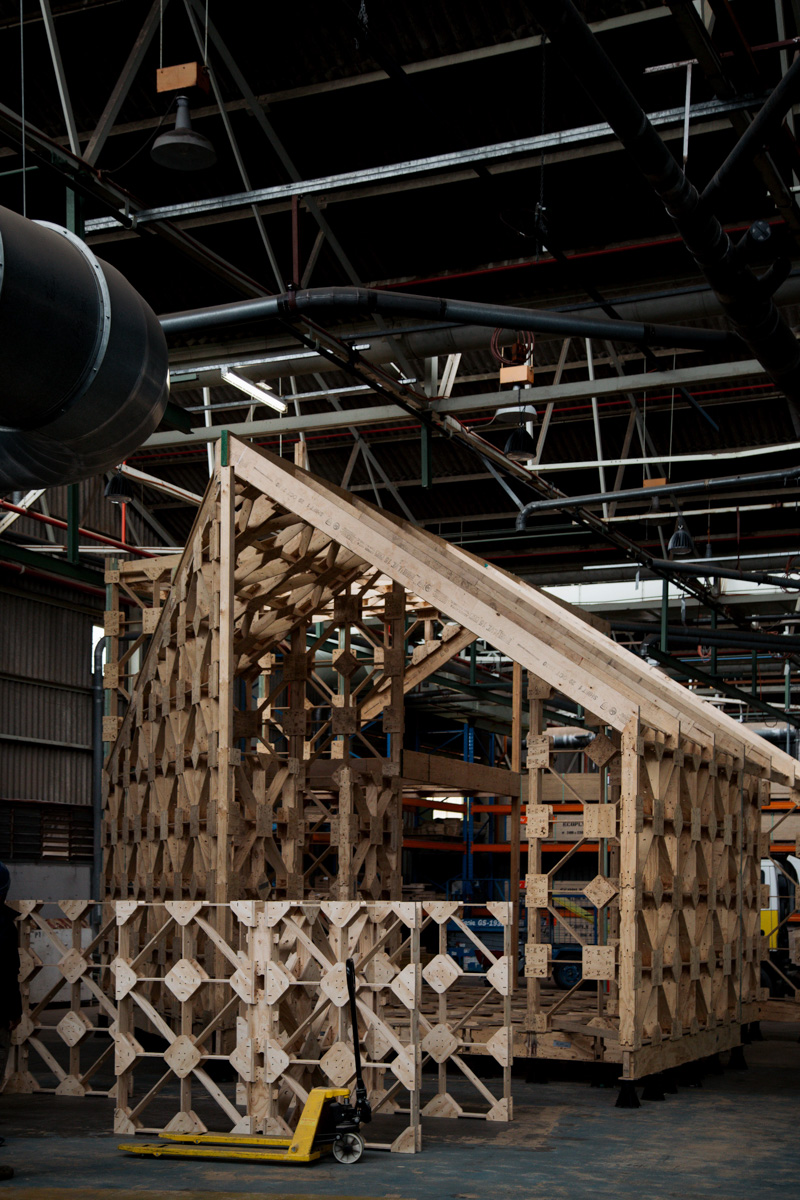 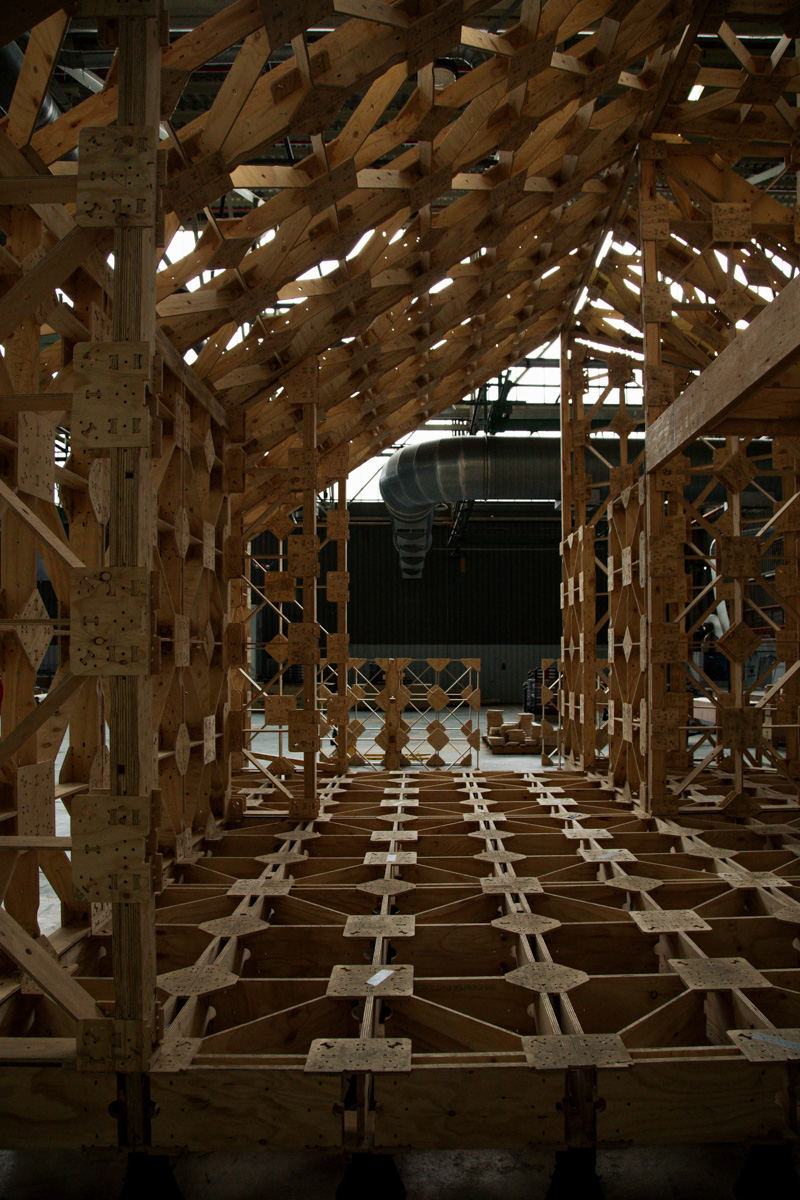 Rather than using hardwood timber beams, the bones of an Assembly Three structure are made from plywood cut into modular pieces (using a computer numerical control machine), and configured to achieve structural strength and durability.

Carsten, who is a general manager and director of X-Frame, which was founded in New Zealand, says this makes for more environmentally friendly construction, given the CNC cutting results in less wastage and parts of the structure can theoretically be taken apart easily and used again.

We liken the process to a kind of flat-packed construction, and no one in the group objects too strongly.

“We’ve actually been referring to it as flat-packing, because… everyone gets that,” Zoe says.

X-Frame is still in its nascent stages as a business, having completed its first capital-raising venture last year.

In this partnership with Assembly Three, Andrew was given licence to push the new technology to its limits.

“My job was to break X-Frame,” he laughs, “and that’s basically what we did.

“This was the prototype project to test that, stress-test it, and then also create things like mezzanine floors, which we’ve been able to do a whole floor in it – which we didn’t think we were able to do at the start of this process. Now we can do it.” 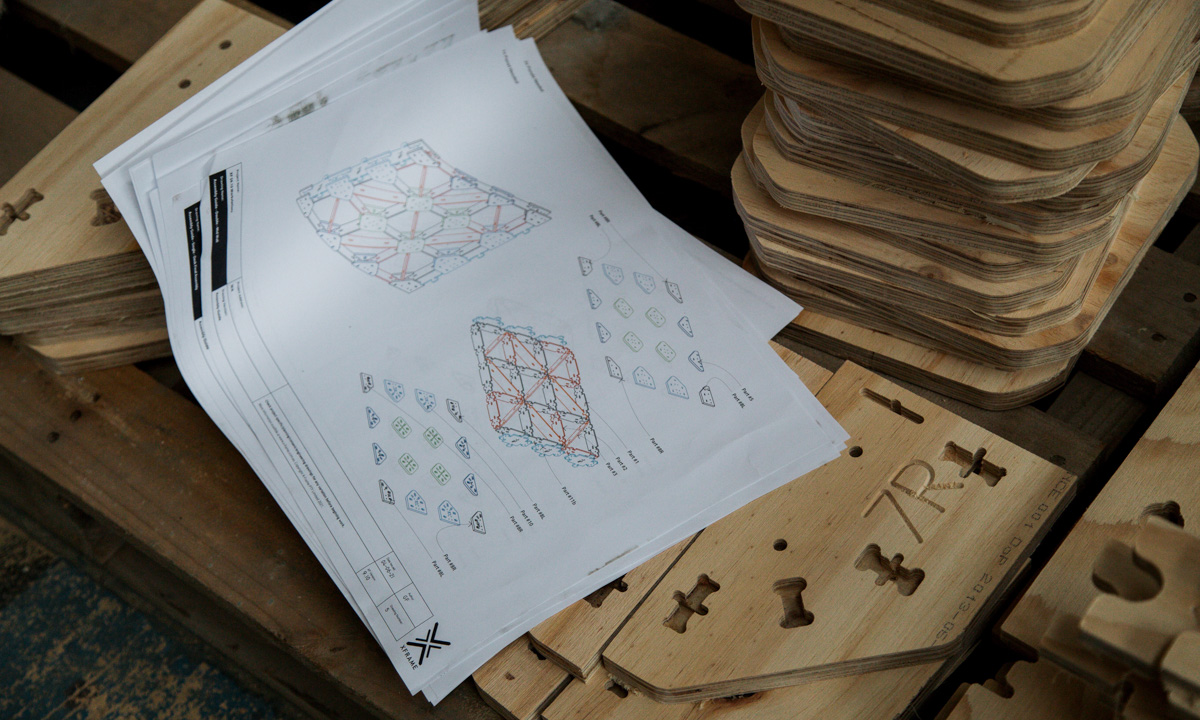 X-frame also allows greater flexibility in how the building is constructed.

Most prefabricated building solutions are constructed offsite and may require permits for transporting through urban areas and heavy machinery for unloading.

Depending on where you’re setting an Assembly Three structure up, X-Frame can either be partially constructed in a workspace nearby and transported in batches onto site on the back of a ute, or even delivered, like your trusty Malm, as individual components to be put together onsite.

Assembly Three has only reached out into its own network to pitch for initial clients, and they have received a lot of interest already.

The next phase, kicking off now, is to offer their products up to the broader public.

If there are tentative nerves in the group, they’re disguised by the collective excitement about what exciting projects are likely to come from showing this adaptable design to the entrepreneurial public.

“There’s not the product at the moment that deals with the scale of the backyard well, with a heavy focus on design, [that can scale] all the way out to a cellar door offering,” Andrew says.

“When we push it out there we know we’re going to have to keep up with demand.”

Browse through the Assembly Three range and enquire at the website. 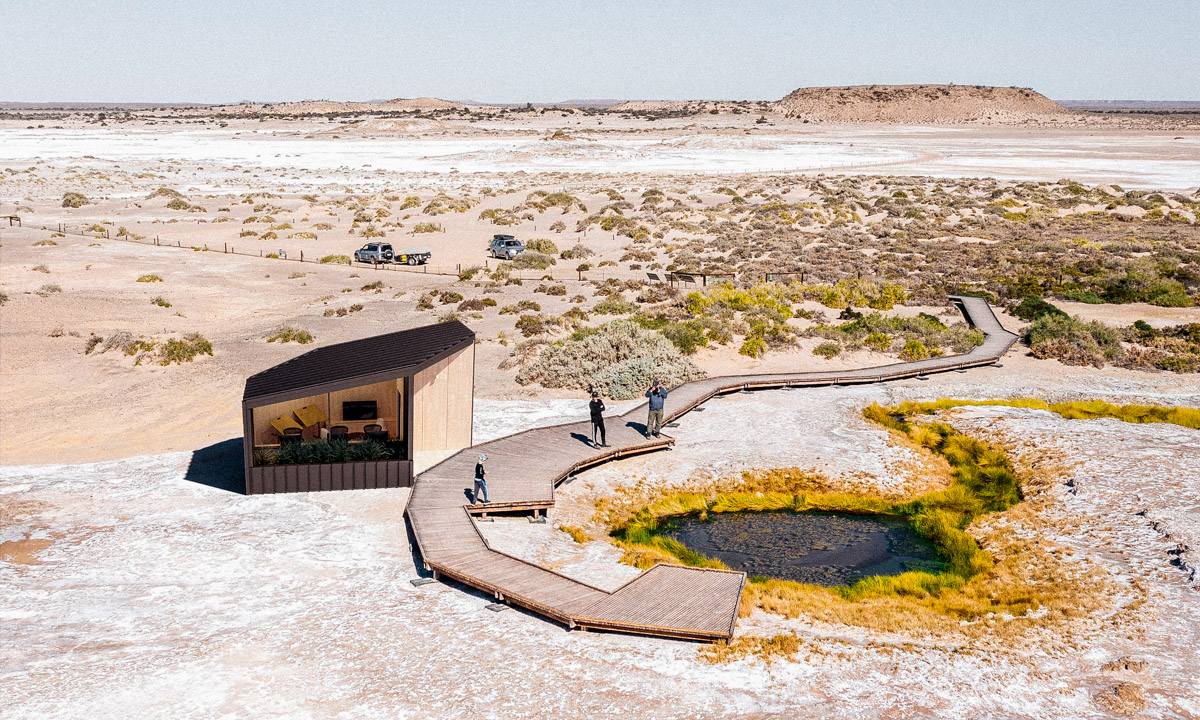