Prohibition Liquor has emerged from the shutdown as a hospitality behemoth

At the advent of the coronavirus shutdown in South Australia, Prohibition Liquor was already a well-established presence on Gilbert Street.

It had been distilling from its CBD space since 2017, and set up an adjoining tasting room in early 2019. Joining this wonderful hybrid space, Tell Henry took up a sub-lease out the front to add coffee to the offering in early 2018, with use of the tasting room space during the day.

Finally, in December last year Prohibition took over the lease on the repeatedly failing small bar one door west of them and knocked a hole in the wall that ultimately connected the distillery and tasting room, Tell Henry, and the new cocktail bar, called Next Door.

Distillery and tasting room:
Thu—Sun: 11:30am ’til late

Bootleg Coffee:
Mon—Fri: 7am ’til 3pm

Prohibition founder Adam Carpenter says Next Door opened “probably a week too late in December.” He says the bar went on to suffer a quiet January (a given for most CBD venues), followed by a dearth of activity during Fringe time (also a given for most venues outside the CBD’s northeast corner).

But crowds did start to build, and it seemed like the concept was going to work – until COVID hit.

Both Next Door and the hospitality arm of the Prohibition distillery space were shut down. Tell Henry could still operate, but the mass exodus of workers from the city made trade unviable, so when the time came to renew their lease, they opted to leave the space.

Prohibition Liquor itself saw a sharp increase in sales – as many booze producers at the time have reported – with customers buying up gin stocks for home use. Adam also pivoted to the production of hand sanitiser – bottles of which are currently on every table within the venue.

As the Adelaide public’s collective path out of social isolation became clear, the hole Tell Henry left in the site’s offering needed addressing.

Rather than bringing in another outside operator, Adam decided to bring the shop in-house, opening Bootleg Coffee.

Throughout the Prohibition project that now encompasses 22—24 Gilbert Street, Adam has seen that their biggest strength has been their ability to be nimble within the site and react to what their clientele wants.

Bootleg is not a café, Adam stresses, and is intended as a quality coffee stop. The space now grinds local beans from the Coffee Barun and serves pastries from Abbots & Kinney, a vegan and gluten-free range from Jamu, and bagels sourced from Bagel Boys.

“Things that we changed was to go 100 per cent local,” Adam says.

“I think it’s a bit of a groundswell with everyone. What kept us afloat was so many people buying our gin over [the COVID shutdown], because they wanted to not support the big internationals and support a local brand.

“Food-wise, it’s keeping it simple… Really paring it back – yes, you can grab something to eat and it’s really good quality, but it’s very simple because the coffee is the focus.”

Bootleg currently operates from 7am ‘til 3pm weekdays, and Saturday trade is on the horizon. The food may expand to make use of the on-site kitchen for made-to-order meals, but there are no immediate plans to do so.

The rest of the site’s hospitality venues have also rustled awake following the coronavirus shutdown, with Prohibition’s tasting room and Next Door both accepting bookings and walk-ins.

As Adelaide’s drinking and dining crowds return to the CBD, Adam has noticed a shift in consumer behaviour – an emerging deeper mutual appreciation between the guest and venue.

“There’s a bit of a change in tone in hospitality overall. It’s not that we’re doing them a favour, because I never think like that, but they appreciate your ability to serve them a bit more now than they used to, which is nice.

“I think this’ll last longer than most changes in this industry. I feel like people will have a longer impact on their feeling of the interaction they have with this industry.

“It’s not a privilege to be able to go anywhere you want and they’re going to be able to accept you and they’ll roll out whatever you want. It’s a bit like, ‘Can we do this with you guys?’ It’s a real shift in tone, but we never take that for granted either.” 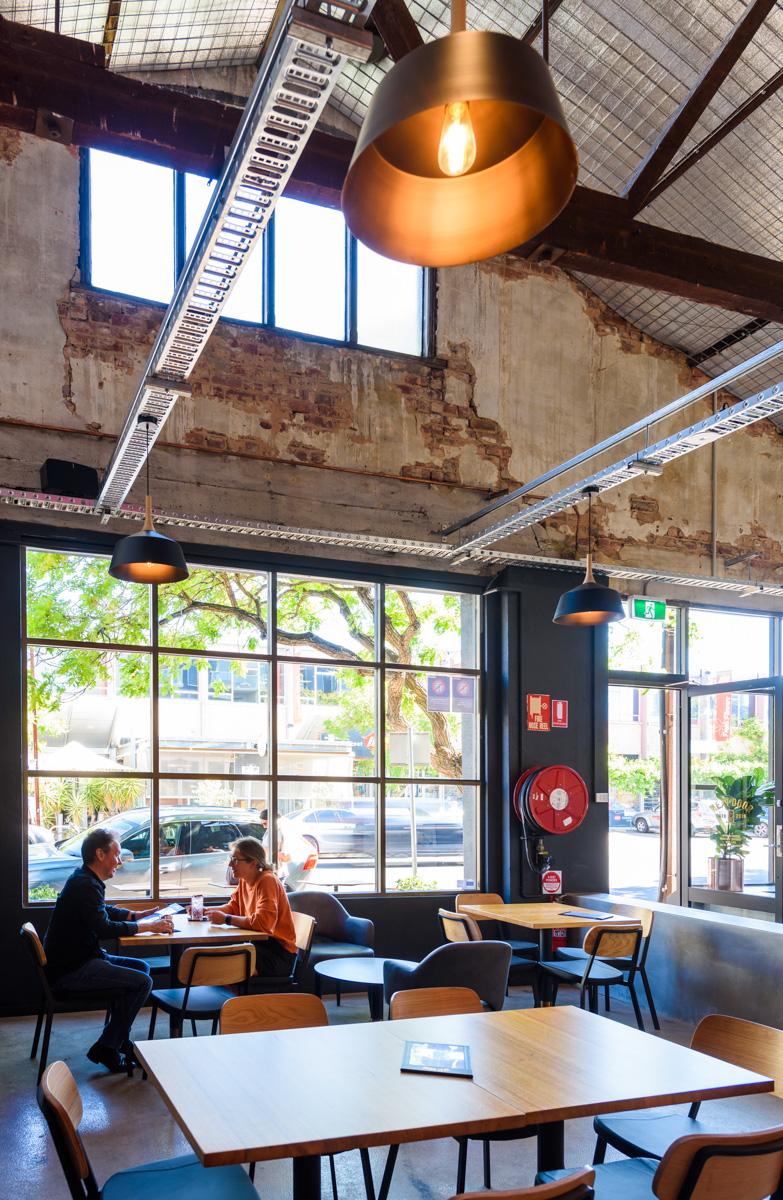 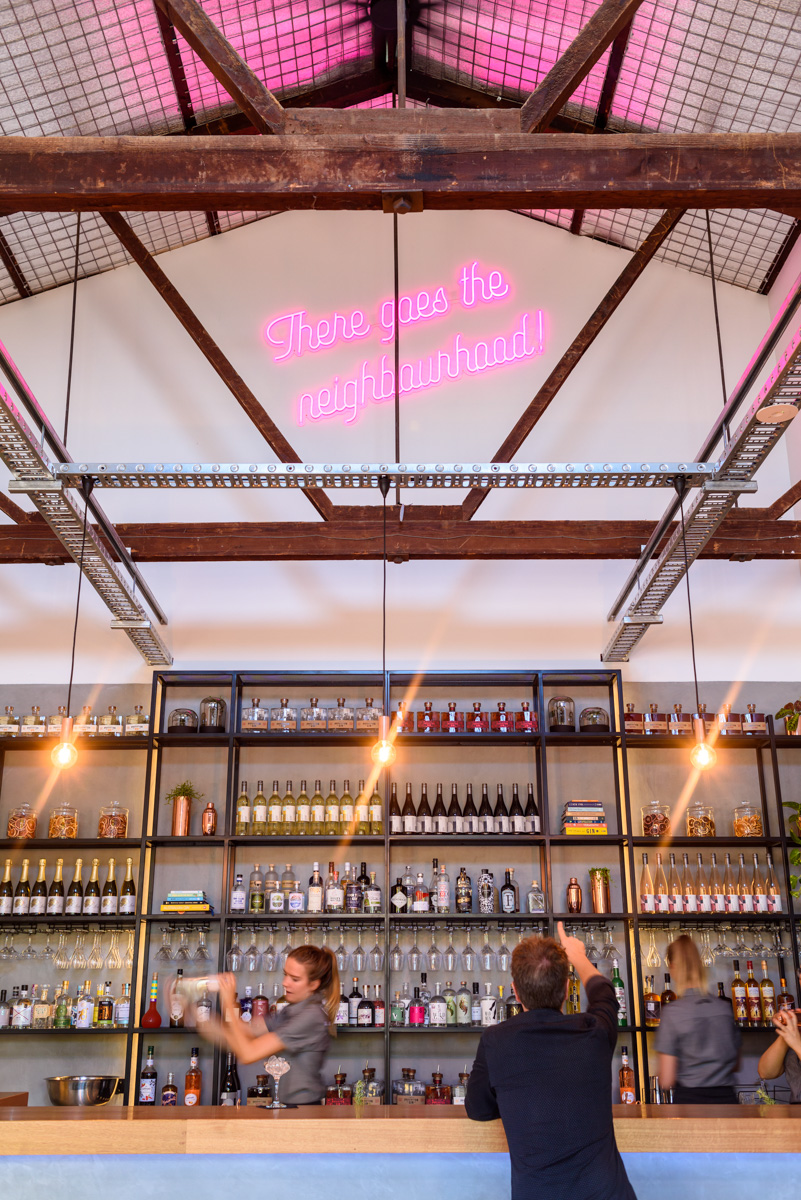 When CityMag asks for a tip on what to order for our first visit to Next Door, Adam doesn’t hesitate.

“The overriding concept is the classics with a twist. That’s probably the core to it,” he says.

“So, we do a cocktail called Clandestine Club, which is probably the most popular drink in here, and it’s just a beautiful take on a Clover Club.

“You’ve got the nice skewered raspberries sitting across the top, beautiful froth, and this really rich flavour.

Next Door also has a tapas-style food menu, a slightly more refined offering than the tasting room’s menu. 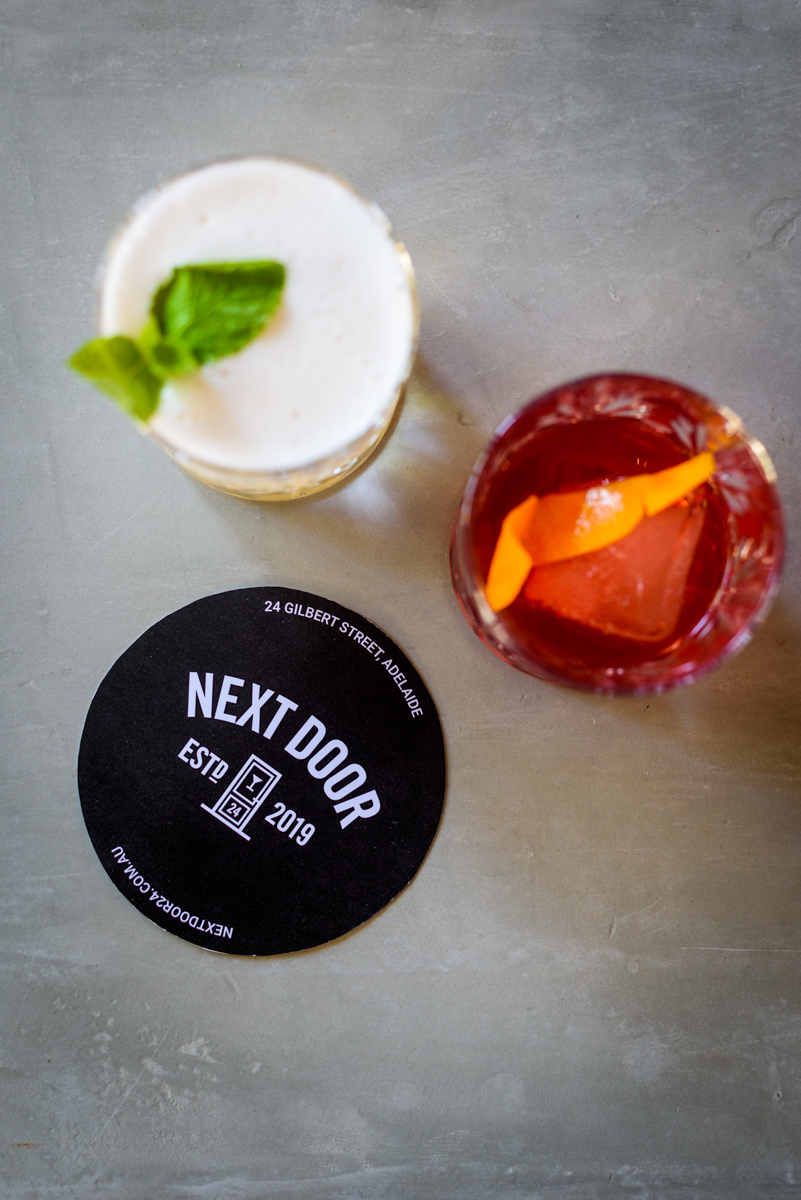 There are now four businesses situated at the Gilbert Street site – the distillery and tasting room, Bootleg, Next Door, and design agency Toolbox Design.

Coming out of COVID, Adam looks back on the groundswell of support Prohibition received in the crisis, and our state’s carefully measured response to the virus, as central to the city’s character, and key to our survival in the months to come.

“I often like to say, I haven’t left Adelaide for a very good reason,” Adam says.

“We run what is now an international business from a place that a lot of people would like to refer to as a backwater, and we all know that it’s not.

“We’ve got such a great balance of lifestyle, accessibility, and a parochial nature that means running a business like we do, you get that support, and people do appreciate that we’re making a world-class product from here.”

Fans of Prohibition can now get that experience right through from morning coffee to a G&T night cap.