After back-to-back road trips, an “Uber of the air” service flying between Adelaide and the Eyre Peninsula has elevated our publisher’s expectations of just what’s possible in South Australia.

I don’t know when I stopped caring about the characters in Entourage, but I remember looking at Vince at the start of one of the seasons and thinking, “I don’t believe you.”

Whether it was the character, the actor, the script, the wardrobe, the high-jinks or the sex – I don’t know? But I bailed on it and haven’t given the show another thought since.

That was until I started researching travel to the Eyre Peninsula.

“Chinta Air offers an Air Taxi service. This operates like an Uber of the Air – you tell us where and when you wish to travel, and we take you there.”

The instant I read this I got visions of Entourage in my head: Drama and Turtle and – sure – Eric is on board too. We’ve got a plane on the tarmac and it’s wheels-up at 0800. It’s time to hit the West Coast, baby!

I don’t ever say ‘baby’, but the thought of getting three friends together – a surfer, an artist, a keen fisher – and hiring our own plane that delivers us directly across the St Vincent and Spencer Gulfs to Ceduna has got me all upside down with the potential of such a trip.

Since journeying to the state’s south east and going north to Renmark, my blinkers are off as far as local travel goes.

I knew Cactus Beach was a famous surf beach on the West Coast, and with that thread alone, and the possibility of removing the eight-or-more-hour drive that Chinta Air’s taxi service provided, I was able to quickly pull together an itinerary for an adventure-style holiday in minutes.

The trip hinged on Chinta, and with no prices on the website, I call up Chief Pilot Felicity Brown on the phone.

“We have all sorts of people flying in – predominantly from Europe – for any number of reasons. Where we do best with the Air Taxi service is where Rex and Qantas don’t operate,” says Felicity.

I want to fly Adelaide to Ceduna, but I’ve asked Felicity to quote up a detour over Lake Eyre. Felicity says the Lake is looking spectacular at the moment, still holding water from heavy rains over western Queensland in 2018. Surely every South Australian has to make a pilgrimage to the lake in the middle of our arid state?

“Smoky Bay is 35km to the southeast of Ceduna,” says Felicity. “Colleen Holmes from SA Premium Oysters has set up a pontoon, so you can go out to their oyster lease, wade through the waters and get your own oyster fresh out of the water, open it and eat it.”

The trip’s quickly turning into a blow out – but rather than pull out, I decide to lean in. Why should a once-in-a-lifetime trip have to happen on foreign soil? I’ve flown to Melbourne for a weekend with the sole purpose of eating at Attica. Now, looking at the West Coast of my own state, at the rugged and unspoilt environment, the unfettered access to seafood, sport and culture – I’m reassessing my East Coast (ie: Melbourne and Sydney) focus for travel and adventure. 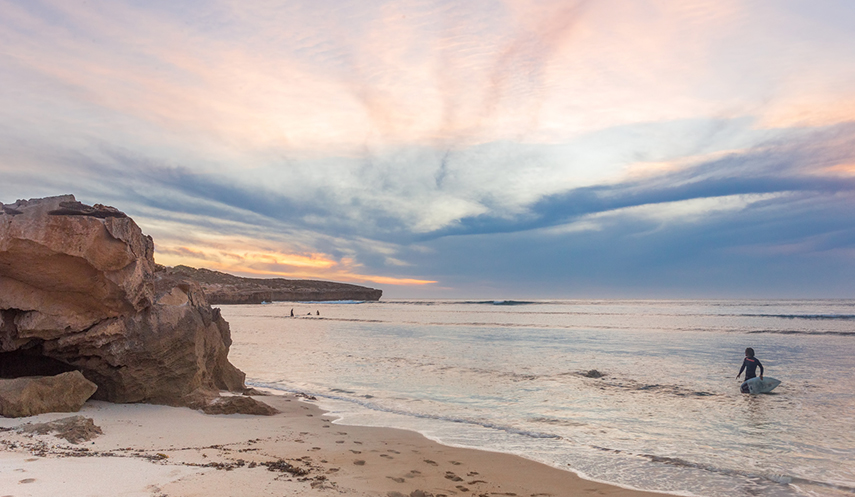 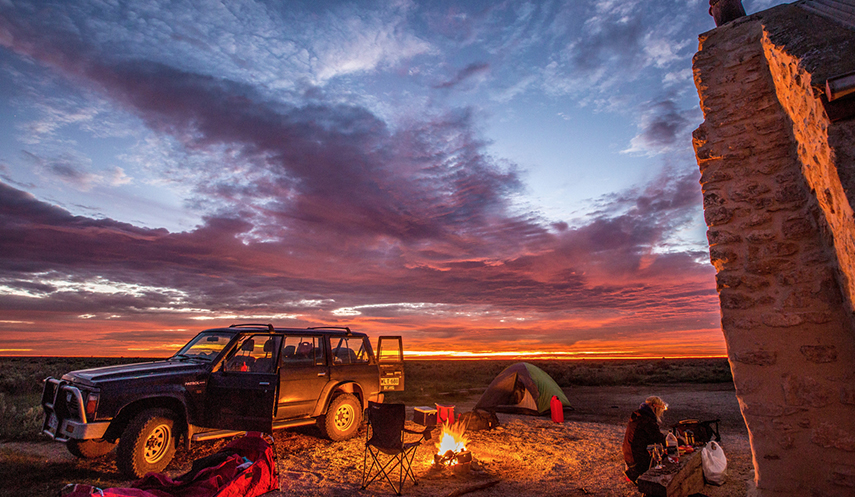 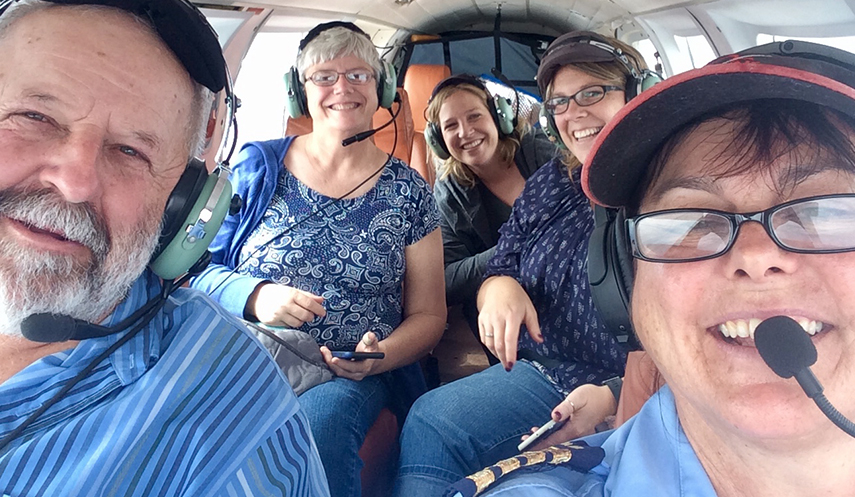 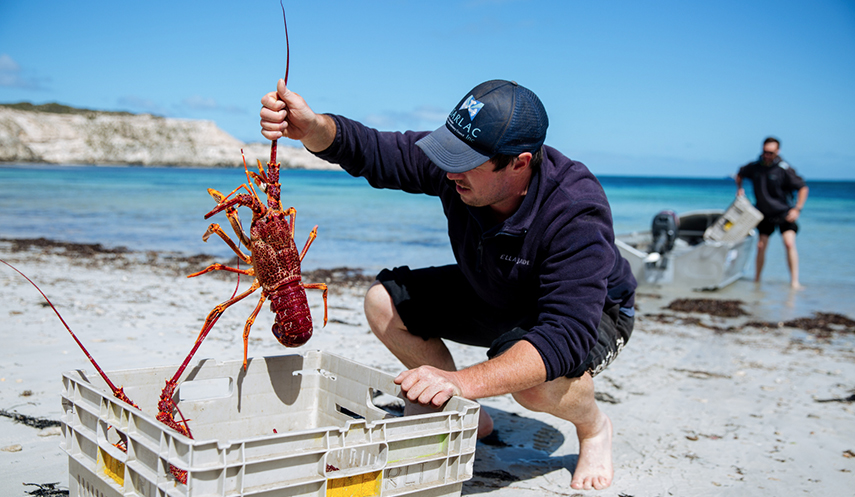 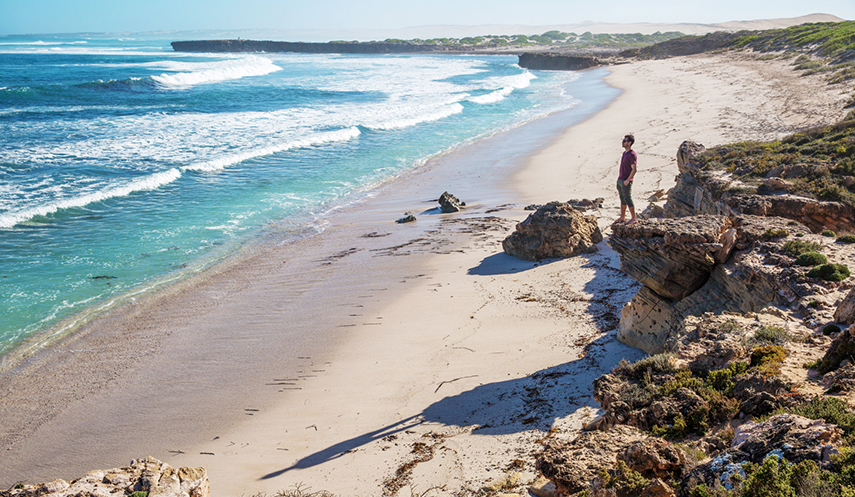 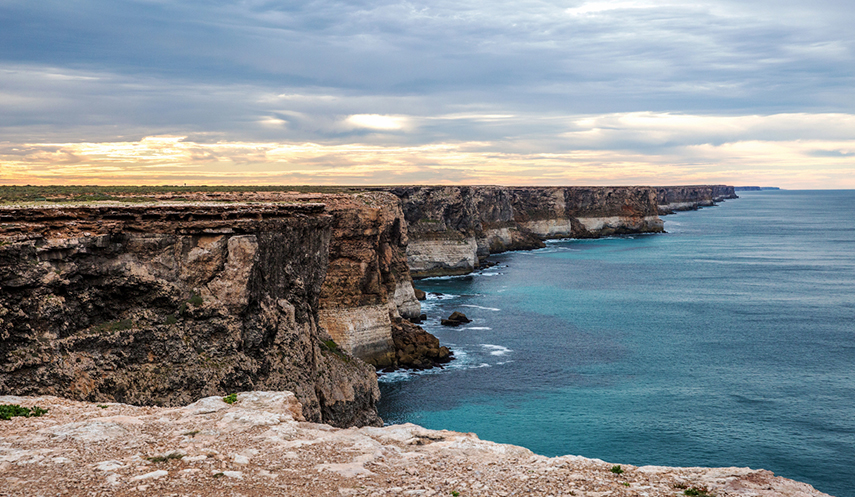 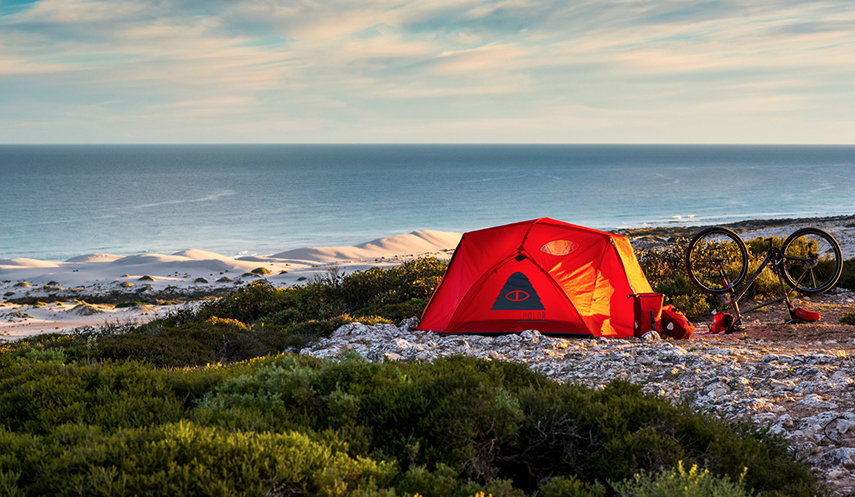 Felicity continues to list the must-sees for her hometown.

“Where you’re planning to go surfing is at Cactus beach; just past Cactus is Fowlers Bay,” says Felicity.

“Fowlers Bay this year had 35 whales visit. It’s been a bit of a holiday town for Ceduna people – good fishing country – you can catch some nice mulloway along there.”

And if we’re not on social media, says Felicity, we might not have seen Watermelon Road. Back the other side of Cactus, on the Adelaide side, is a place called Kevin.

“That’s where Watermelon Road is. Lake MacDonnell is really, really pink on one side and you’ve got the road down the middle and on the other side it’s the green,” says Felicity.

Ah ha! I knew the Instagram image the instant she described the scene.

Felicity’s depth of knowledge on the region has quickly expanded the remit of my reconnaissance. After our chat, I search the Ceduna Tourism website and find the Nullabor Links Golf Course, “the world’s longest golf course.”

Alf Caputo is the mastermind behind the 18-hole, par 72 golf course that spans 1,365 kilometres along the Eyre Highway.

“It’s an adventure unto itself. It really is, mate,” says Alf in the most laconic, Australian fashion.

“The variety of Australian life you experience along the way, and the final holes on the spectacular Kalgoorlie Golf Course in Western Australia is why you play this course.”

My chat with Alf, and the feedback page on the Nullarbor Links’ website, has me borrowing some clubs and adding days to the itinerary. We’ll need to hire a car of course.

Spent 6 days “What a great concept. Thoroughly enjoyed the whole course. Relaxing fun way to cross the Nullarbor and able to meet some of the locals. Seriously the whole thing was a total blast.”

Ticking off the major food and sport activities with fishing at Fowlers Bay, surfing at Cactus, shucking some Smoky Bay oysters, and an epic game of golf across the SA/WA border, the only thing missing was some culture.

“The same survey stated that only five per cent of those tourists actually got one. This is one of the reasons why we in the Far West of the state are improving our products to increase that five per cent.”

Arts Ceduna is part of the intervention in this statistic.

Part of the Ceduna Arts and Culture Centre, Arts Ceduna sells artwork on behalf of at least 136 artists in the Far West region of South Australia and is the most direct way you can purchase artworks and support Aboriginal artists outside of the Tarnanthi art fair.

An authentic connection to the first stories about this place is an essential stop on this trip, I’m thinking it should probably be the first.

All I have to do now is convince the ‘entourage’ that fun’s changed on the West Coast of South Australia.

“We’re going four ways in a private plane from Adelaide Airport to Ceduna and all you need to pack is some board shorts, a hat and your credit card.”

That’s my pitch. Wish me luck.

This article was produced in partnership with the South Australian Tourism Commission.

See how fun’s changed in Ceduna, visit SouthAustralia.com to take another look and find everything you need to book your summer holiday in one of our great regions.