In a powerful new exhibition on North Terrace, soft notions of peace (read: flowers and doves) have been replaced by technologies all actively designed to generate stronger notions of peace. 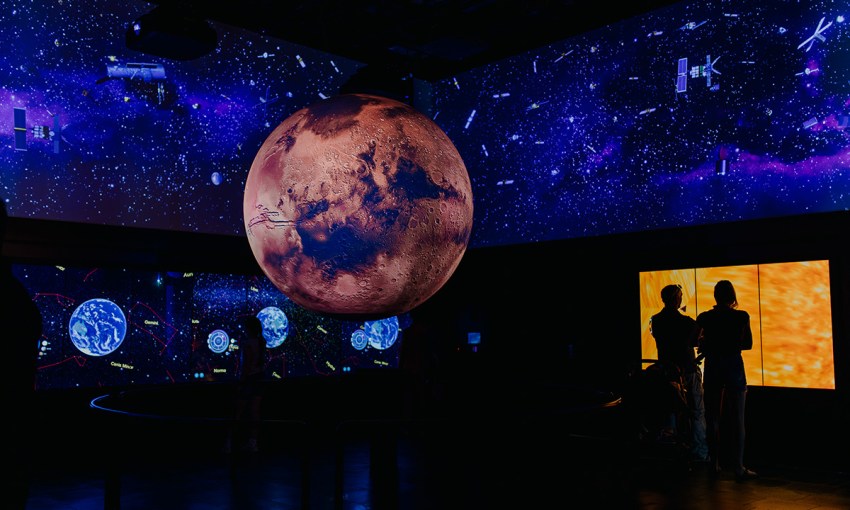 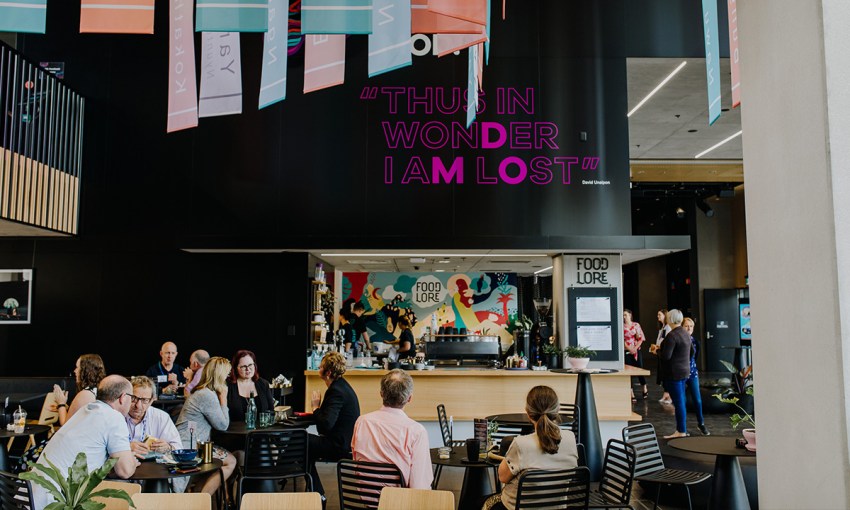 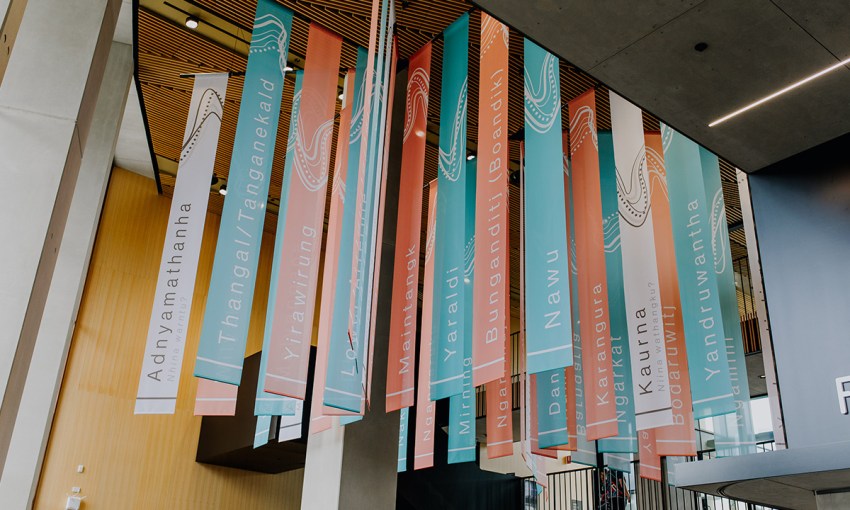 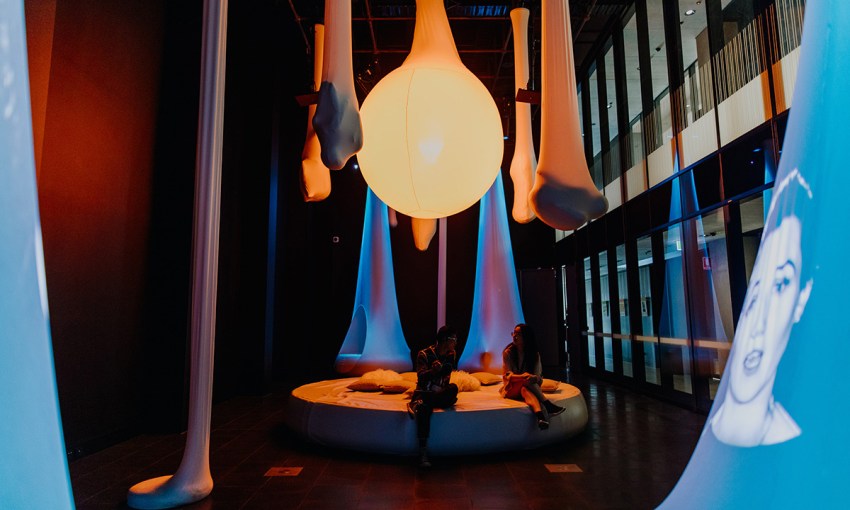 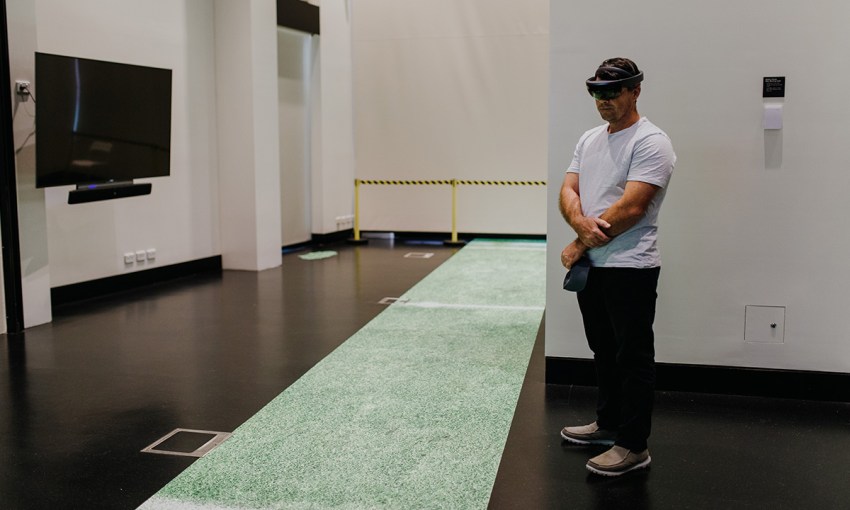 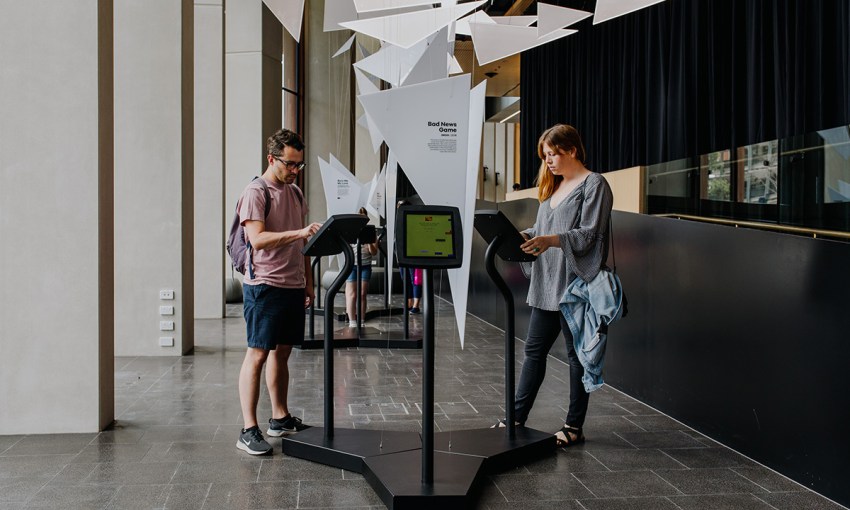 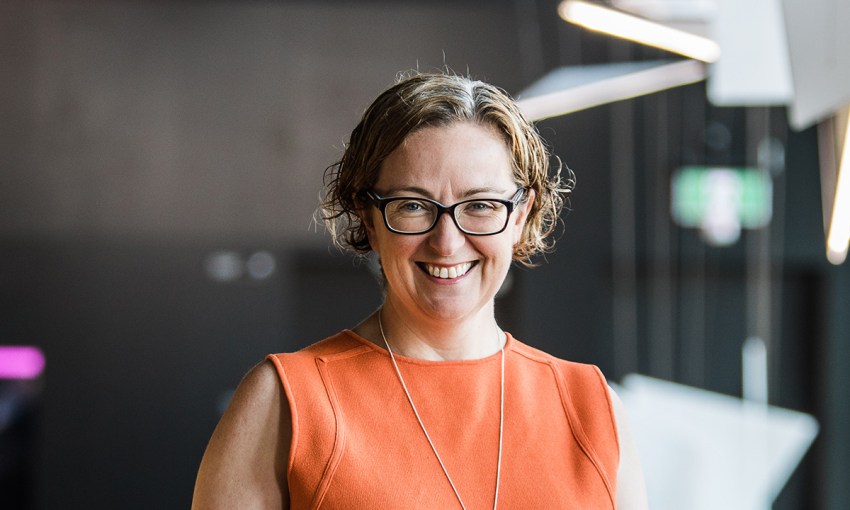 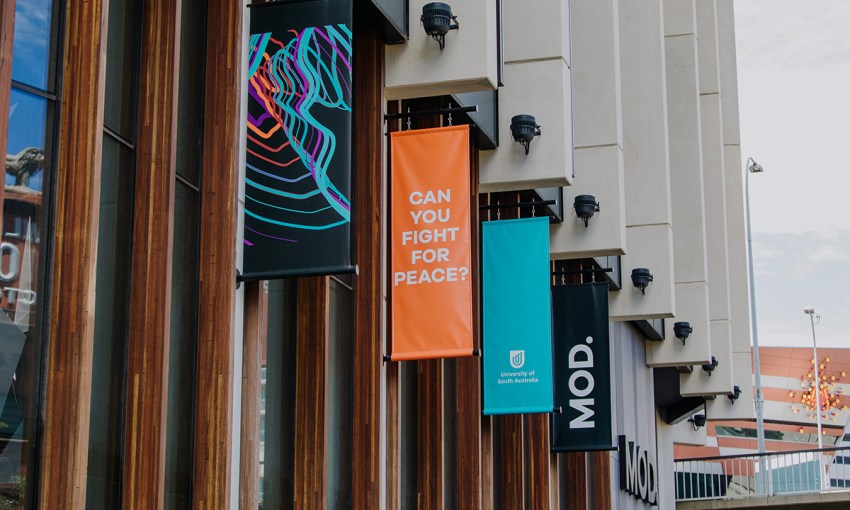 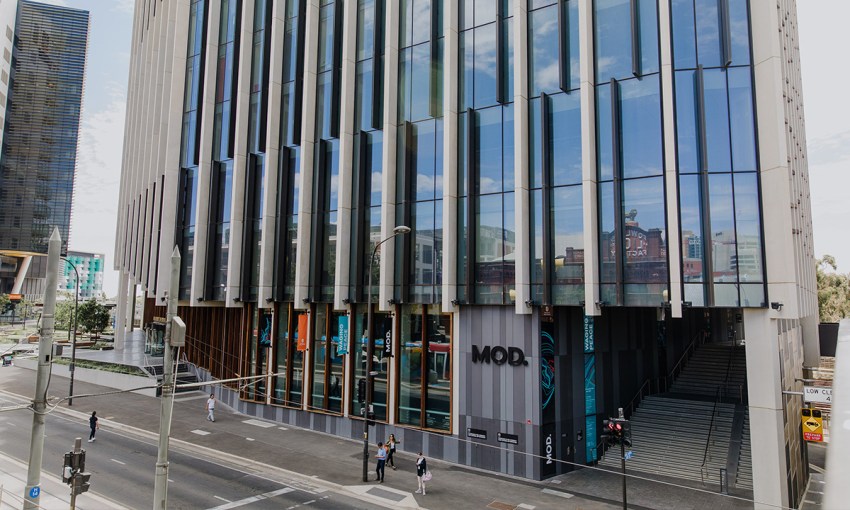 Building a peace machine will take more than metal and microchips, and the new exhibition at UniSA’s MOD. museum – Waging Peace – reveals the strong social structures we need to engineer in order to beam peace at people.

But before you can machine peace, you’ve got to be able to define it.

The opposite of war isn’t peace, “it’s Creation,” writes Will Burns in Forbes magazine.

Another author – Seth Godin – suggests war’s opposite is civilisation. Dr Kristin Alford, director of UniSA’s MOD. museum likes these definitions and has her own to add, “peace isn’t the absence of conflict but the absence of fear, or the presence of justice,” she says.

See our guide to Waging Peace at the link.

But Kristin has just finished telling CityMag how people – of all ages – struggle to meaningfully discuss, or describe what peace looks like.

MOD.’s second ever exhibition in its purpose-built home on North Terrace – Waging Peace – is the antidote to this ambiguity.

“That’s why I think this exhibition is so critical at the moment, because I think a few people came to it [Waging Peace] with the attitude that ‘this is a really interesting intellectual idea’,” says Kristin. 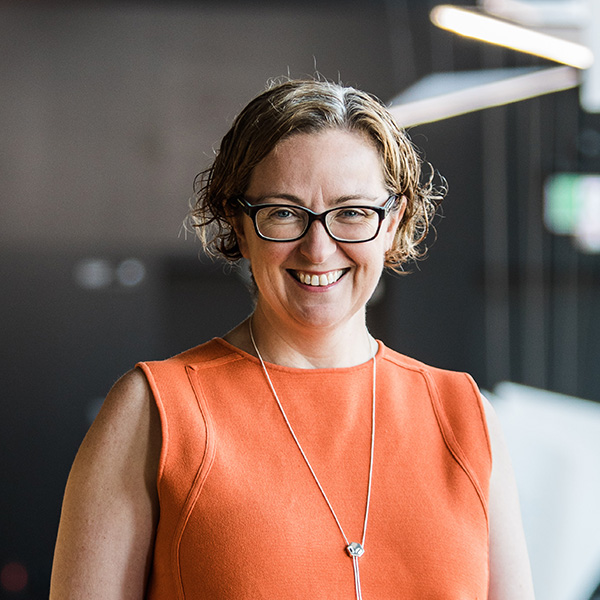 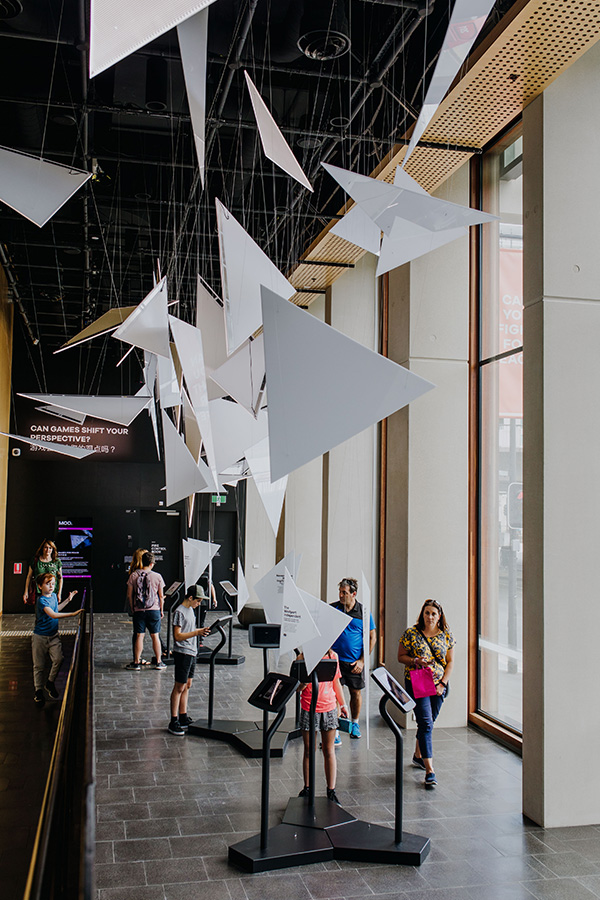 MOD.’s modern-day arcade, each iPad has a different iOS game to play for free

MOD. in itself is like a giant peace machine, a transparent museum you can actually see into from the street. It’s designed to engage young people (it’s target demographic is 15-25) and full of interactive and experimental science and technology both from UniSA and around the world.

The idea for Waging Peace came to Kristin when she was appointed MOD.’s inaugural director in 2016. As the futurist and small business owner was coming to terms with this big career shift she recalled a paper she wrote during her masters some 13 years ago.

“I was thinking about the sorts of exhibitions I would like to run and I was thinking about how they might be different to a science centre exhibition but also how they might be different from an art gallery exhibition and it came to me, in part, because when my daughter – who’s now 17 – was four, her kindy teachers ran a project making peace machines. So they got four-year-olds to make peace machines,” says Kristin.

“I was doing my masters of strategic foresight at the time and I thought this is really, really interesting; to reframe the use of technologies and machinery and engineering for peace, rather than for war.”

The exhibition takes about an hour-and-a-half to walk through quickly but if you only give this show an hour, you’re going to want to come back. 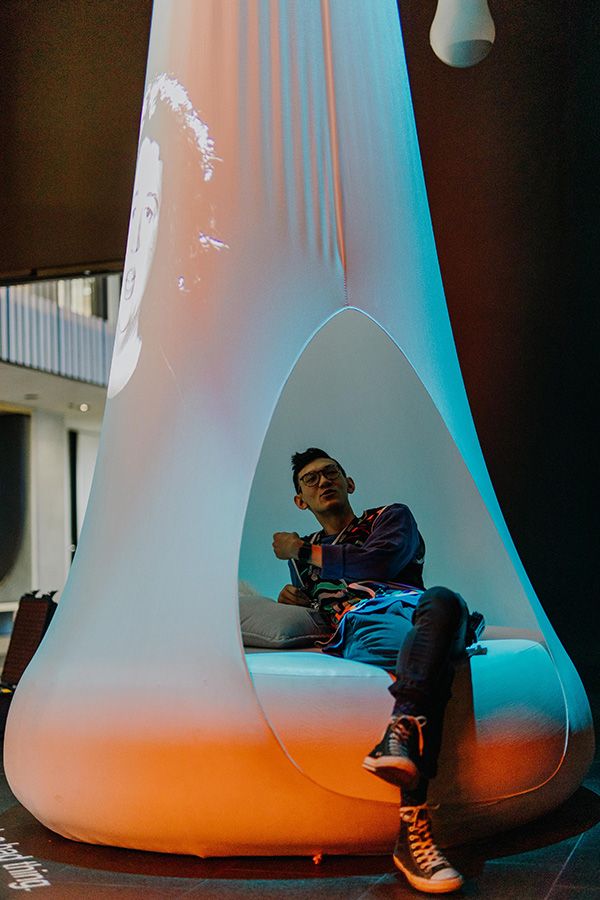 UniSA’s Dr Siobhan Banks collaborated with MOD. to create ‘Sleep Ops’ as part of Waging Peace. Sit back, relax and learn from Navy and Army veterans about the importance of sleep in conflict and how sleep is so important to peace.

At the front of the museum there’s a modern-day arcade, clusters of iPad’s on stands featuring different games designed by emerging and established game designers from around the world. These games are different to the standard video game, historically based around destroying – literally blowing up – your enemies and instead focus on evoking empathy and collaboration in players to win.

Another peace machine is revealed in the planet room as the thousands of satellites orbiting our earth, delivering connectivity and the potential for free and open access to information and education.

Kristin tells us about a document she and the team discovered called The Pillars of Peace and how this document laid out clear and succinct requirements for a peaceful society like good governance and a transparent justice system, low levels of corruption, access to healthcare and education.

“That’s what technology should be servicing,” says Kristin.

And that’s what Waging Peace is all about. It’s about asking a question of the world’s current MO, it’s not about asking individuals to be more compassionate and sharing but about challenging our institutions to get serious about developing the machinery and arsenal of peace.

“What if you actually looked at the building of South Australia as a Defence State and defence being an indicator of our prosperity, and reframed that as ‘Peace State’?” asks Kristin.

She suggests that a lot of what we currently file under defence is also about keeping the peace.

By shifting our frame of reference, by tweaking the focus of our investments, we might actually be able to build a more definitive peace, a real life peace machine.

Of course there’s nothing as straight forward as a blueprint for a peace machine to be found in MOD.’s Waging Peace exhibition. But there’s more than enough intelligence, creativity and advanced technology to make you take the concept seriously. MOD. at UniSA is a great example of what our civilisation can and has achieved.

So take your kids, borrow a nephew or niece, go by yourself, take your friend but most of all take an open mind and at least half a day to walk through and play and consider and discuss this powerful exhibition about peace in our time.