Momentum moves westward for a more artful life in PAE

The City of Port Adelaide Enfield wraps across the north and western suburbs of Adelaide and pulls in a truly vibrant and diverse population that beams brightly during the Adelaide Fringe.

From the coast at Semaphore across the top of Adelaide and half way up North East Road, the City of Port Adelaide Enfield (PAE) is as diverse in its geography as it is in its population.

For more information on PAE’s 2020 Fringe program, see their website.

This article was produced in partnership with the City of Port Adelaide Enfield.

Just looking at the dedicated PAE Fringe guide you’ll see what we mean – 57 events across 30 venues is a huge showing for a single council (see our picks at the bottom of this article).

Indeed, this city is its best self during February and March and you could hardly say you’ve ‘done’ Fringe if you don’t get west this year.

Officially included in Fringe for the first time, the Wonderwalls street art festival will again take over the very streetscape of Port Adelaide, with up to a dozen artists adorning walls – inside and out – with giant figurative work drawn from nature and their imagination.

“This year I am also excited to see Wonderwalls as part of the Fringe program,” says PAE mayor, Claire Boan.

“Proudly supported by the City of PAE, Wonderwalls will once more bring artists from across the world to transform the urban landscape of our city with their creativity.”

An international event with artists from Spain, the United Kingdom and Italy, Wonderwalls puts The Port on the map for street art globally. The festival has even been recognised for its contribution to the cultural fabric of our society by director of the National Gallery of Australia, Nick Mitzevich.

“In recent times, the Wonderwalls street art festival has transformed Port Adelaide into a museum without walls,” says Nick. “Bringing mural artists from around the world to the Port demonstrates that art is no longer about the edifice. Art can be everywhere.”

The three-day festival is sponsored by, and largely based out of another great attraction in PAE – Pirate Life Brewery.

Pirate Life moved into an old wool store in Port Adelaide last year, converting 10,000 square metres of empty space into a throbbing hub of beer-making activity. The canning line here spits out 250 cans per second and the bar that serves the public is 24 yards long – or as Pirate Life co-founder Jack Cameron prefers, “the length of a cricket pitch.” 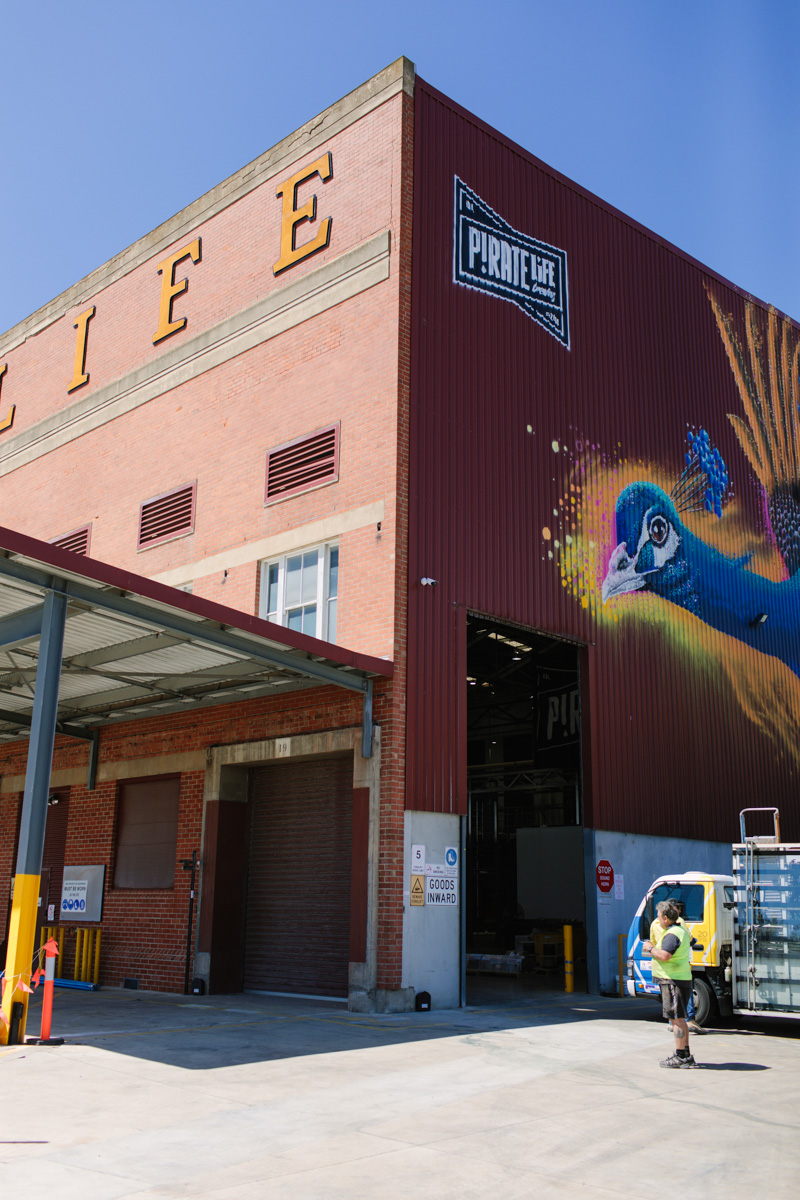 New businesses, new people and new ideas are moving into PAE – attracted to this place because of its unique brand and identity.

With a focus on placemaking, the City of PAE is committed to building on the natural attractions of this place. The council wants to work with local communities and businesses to celebrate what is truly unique here and PAE continues to build a local identity that’s open to change, embracing of disruption, and accessible to all.

Discover a great waterfront city this February. Be sure to pick up the PAE Fringe Guide for 2020, but also relax in the knowledge that the maritime, railway and aviation museums are always operating throughout the year, just as the dolphins are always swimming in the river and the surf lapping at Largs Bay Jetty.

Whether it’s astounding art, great beer, or the free sun, sand and surf – there’s plenty on in PAE for you this time of year.

Come and enjoy Friday knock off drinks with plenty of gin, tacos, music and flash tattoos. It promises to be a wild street party with loads of entertainment!

From 10am Sunday, 23 February at The British Hotel (and other great pubs) 13 North Parade, Port Adelaide

Live painting by some of the world’s best street artists including Pichiavo (Spain), Vesod (Italy) and Rosie Woods (UK). The new addition of projection/ animation will bring existing artworks to life through augmented reality, making sure the street art continues to perform well after dark. So much to photograph, you’ll need to come back twice to capture it all.

End the 2020 Fringe on a high with the party to end all parties! Featuring the official Fringe on Tour caravan, roving performances, entertainment, music, workshops, food and drink. It’s the logical way to conclude five fantastic weeks of Fringe activity across PAE. Must see: The Young and The Wrestlers – live Mexican wrestling + The Southern Sisters + The Ding Dongs + Hades Hula House.