Cheap thrills: Uncover the unexpected for less than $30 this Fringe

Festival season can give the wallet a battering, but if you go hunting there are dozens of fringe options for those in search of more affordable thrills.

Comedians, dinosaurs and musicians are all offering ringside seats for under $30 and if you opt for tasty treats from the food carts or curry stalls popping up all over the city, you are set for a sensibly-priced outing.

This article was produced in partnership with Bank SA.

BankSA is delivering better value for its cardholders with a 25 per cent discount at the Fringe Festival Box Office or online on hundreds of selected shows, dropping a $30 ticket down to $22.50.

And that also leaves you with another $7.50 to splurge on one of Adelaide’s famous poffertjes (Dutch pancake) at the Garden of Unearthly Delights or a spot of fairy floss from one of its food carts.

If you are prepared to go hard on the ticket buying, think about taking on some of the world’s most dangerous musicians and see The Ukulele Death Squad in action.

The show is dedicated to ‘Squad Father’ the late Bruce Riley.

Winning fond acclaim, the Ukulele Death Squad’s moving tribute kicks off with video footage of Riley playing his uke and singing, a mellow, classy start that descends into a surprisingly raucous use of the instrument generally reserved for the more contemplative of musicians.

Ukulele Death Squad is appearing at the Regal Theatre on March 14 – with squad founder Benjamin Roberts also presenting the Fringe show Uke Springsteen at the Grace Emily hotel on March 3 and 10.

For those up for a laugh, the Best of the Edinburgh Fest is billed as an unbeatable night of world-class comedy with a top-shelf line up.

Handpicked from the Edinburgh Fringe see some of the UK’s freshest comedic voices including Ian Smith, Maisie Adam, and Markus Birdman.

There is time for a quick drink before the shows at Umbrella Revolution or Studio 7 at The Garden of Unearthly Delights. 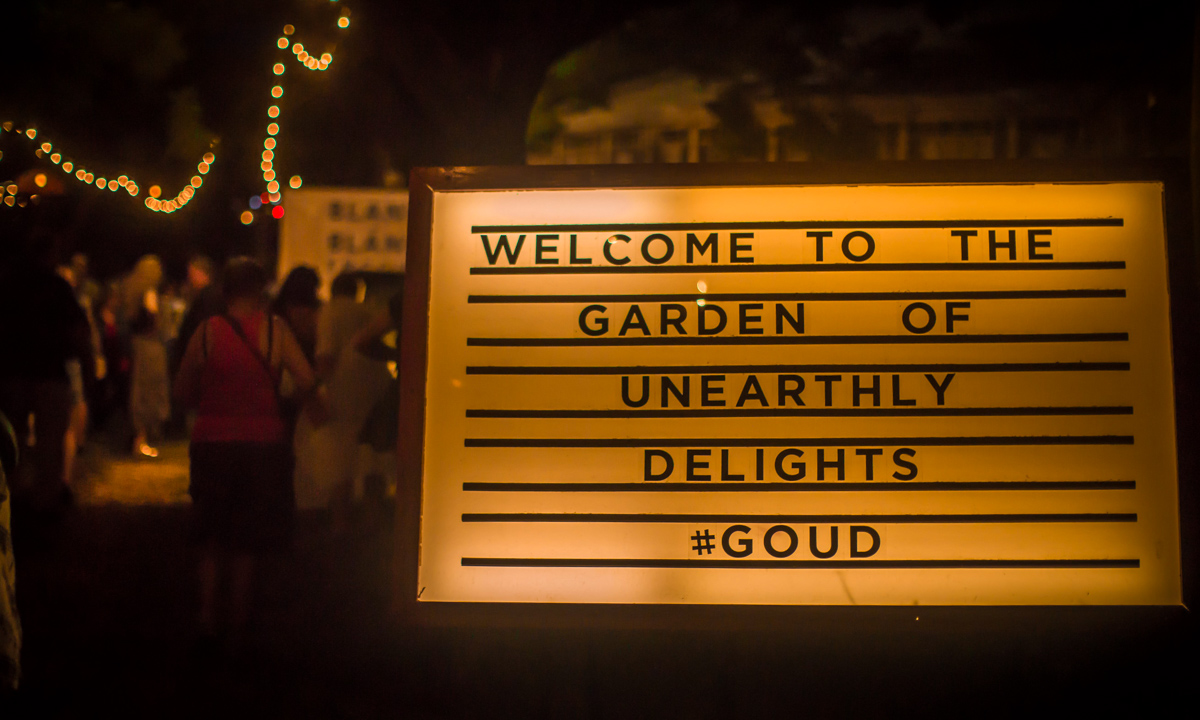 If you are keen to take the kids, why not fuel up for the day by grabbing breakfast or lunch from Hello Sarnie – Fringe Festival members get a complimentary medium coffee or drink with any salad, sandwich, baguette or wrap from its sites in Pirie Street or Gawler Place.

Then it’s off to Erth’s Dinosaur Zoo to get up close and personal with an array of prehistoric creatures from baby dinos to some of the largest carnivores to have walked the planet.

These prehistoric creatures have arrived in Adelaide for the first time in five years after prowling through the seasons at the Edinburgh Festival, Sydney Opera House and London’s South Bank.

The show gives your offspring the chance to safely interact with a dinosaur and who knows, they may even learn something new.

Collect your dino tickets and head to RCC venue at Elder Hall on March 7 and 8, along with March 14 and 15.

Keeping in the general direction of the North Terrace side of town, you may be tempted to watch a modern day take on an ancient Greek myth unfolding in the Adelaide Botanic Gardens.

The internationally award winning ORPHEUS stars Dave, he’s single, turning 30 and stood at a bar. Eurydice is a tree nymph and Bruce Springsteen is on the juke box.

And so begins the famed tale of impossible, death-defying love told through hair-raising spoken word and soaring soul music.

Give Orpheus a go at Black Box Theatre, Adelaide Botanic Gardens, until March 11.

There are so many other options for those looking to take advantage of the 25 per cent BankSA discount. Start by traversing the B shows from Benson’s Brexit at Gluttony, Big Glittery Sh!tshow and Blunderland, or if you want to move onto C, try Cold War at RCC or Completely Improvised Shakespeare.

Or you could spend a night with fringe artist Michael Wheatley as he runs through a series of stories, songs and musings Forever in My Life – a Tribute 2 Prince.

Michael shares his close connection with Prince’s music and art, from the first single he bought in 1983, to later performing the lead role in the Australian Prince Show in the early 90s, to seeing Prince perform one of his very last shows ever in 2016.

The show tackles the blurry lines between inspiration and imitation, the connection we feel we have with our idols and the grief we can feel at the loss of someone we’ve never even met.

Get along to The Pantry if you live on the Limestone Coast on Friday, March 20, or to Nexus Arts on March 10.

If you are still struggling to part with your hard-earned cash at the box office, all is not lost.

Simply climb aboard your trusty treadly and head into the East End at night when the roads are blocked off for East End Unleashed – park yourself at one of its wooden box tables, get yourself a fine glass of crisp Adelaide Hills chardonnay and soak up the fabulous fringe atmosphere.