A transparent kitchen is a trustworthy kitchen

Hello Sarnie let us into their kitchen to see how it's possible to make a sandwich taste fresh at lunch when it's made before breakfast. 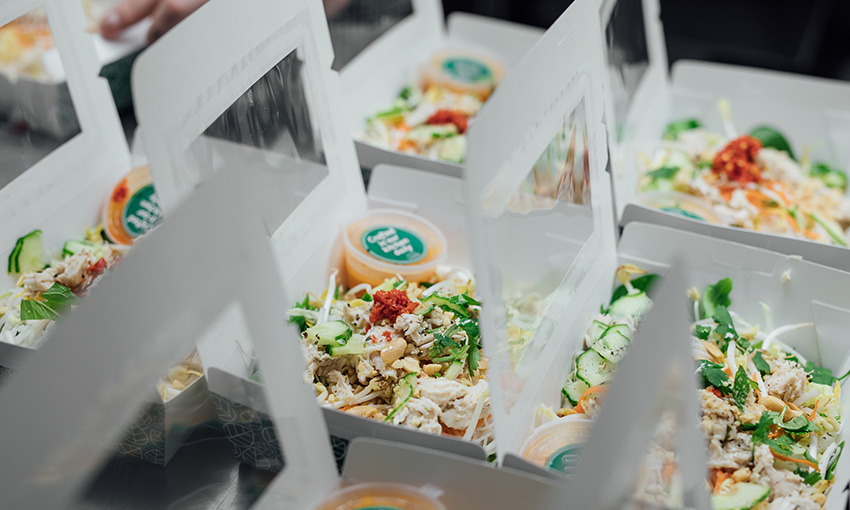 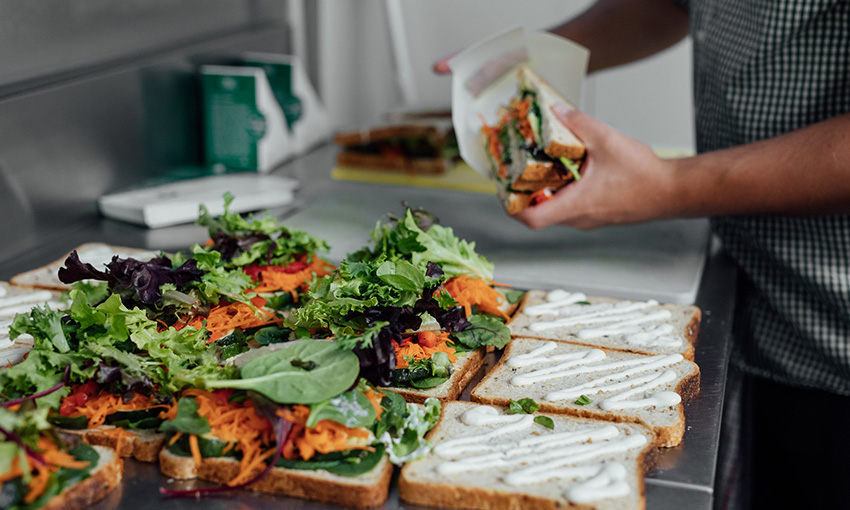 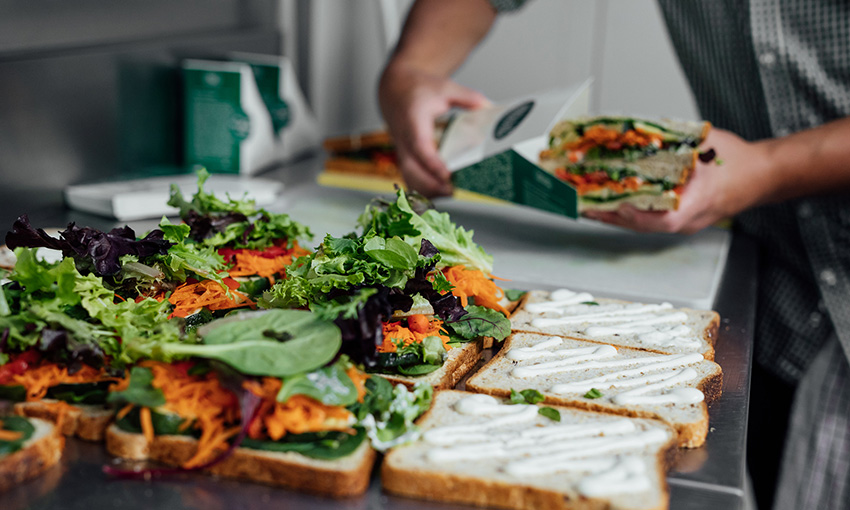 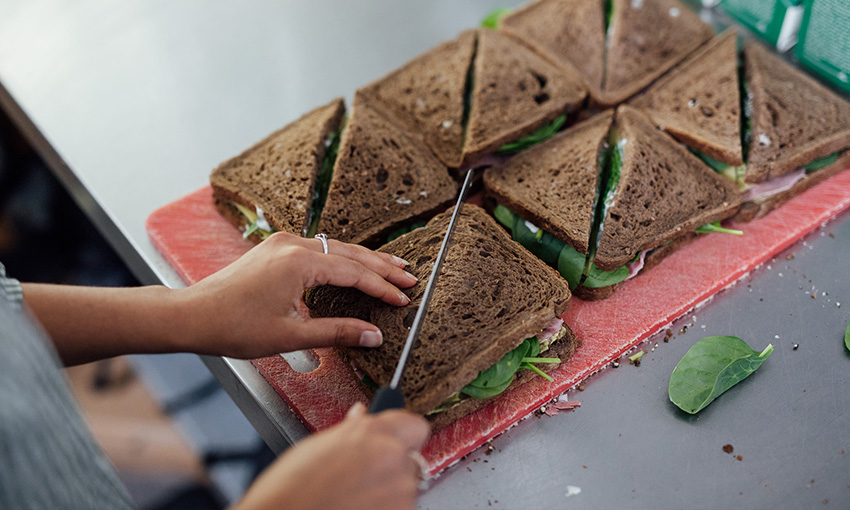 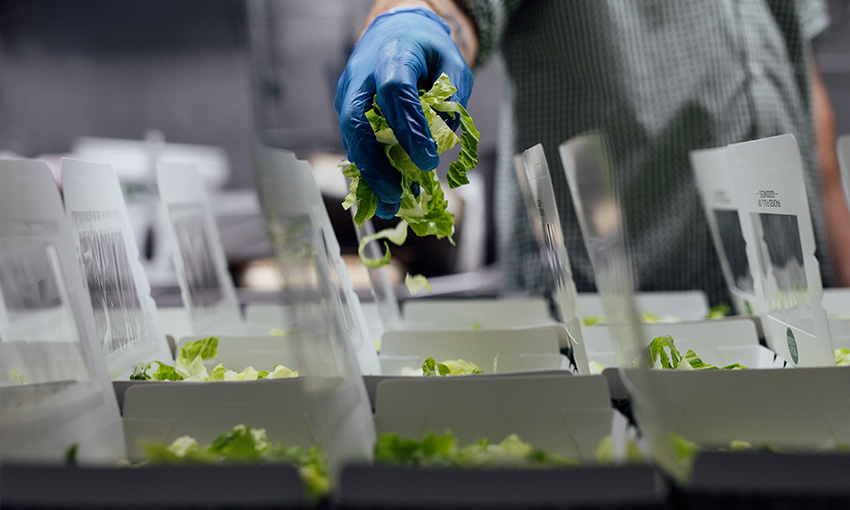 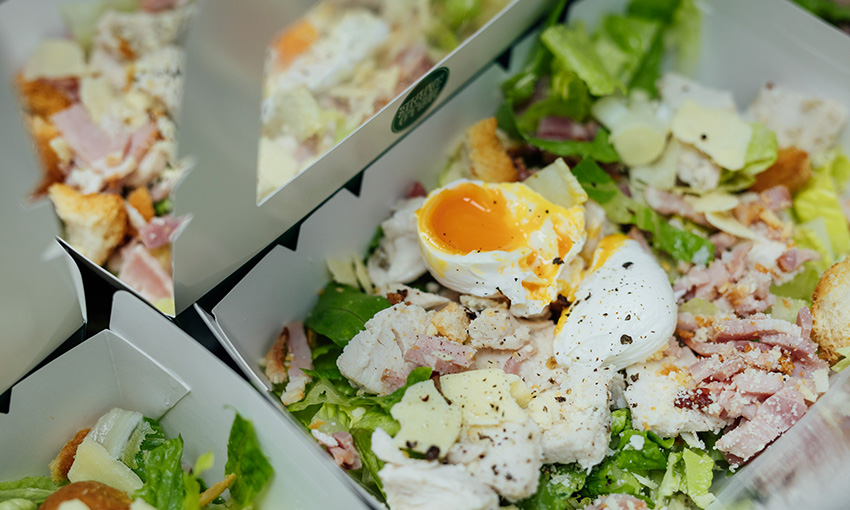 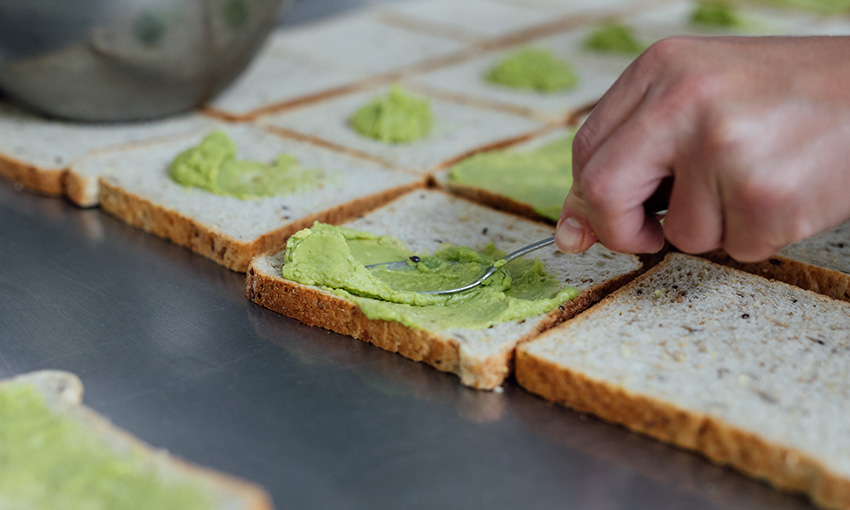 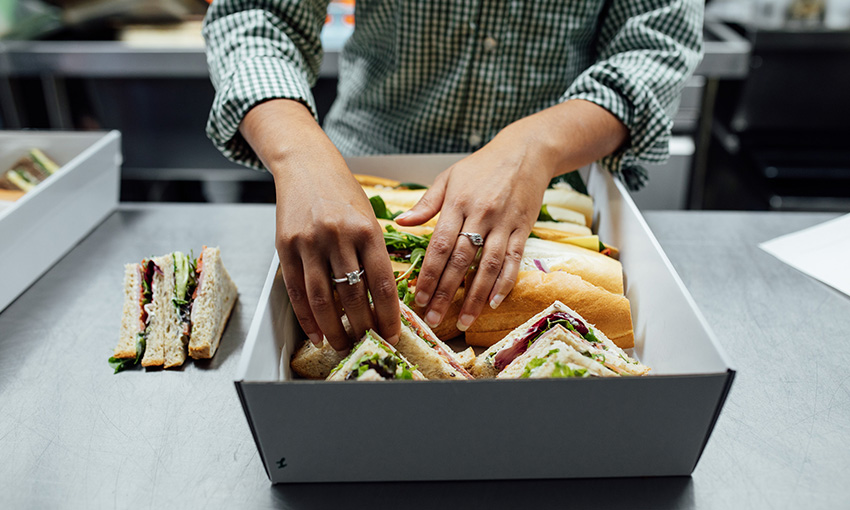 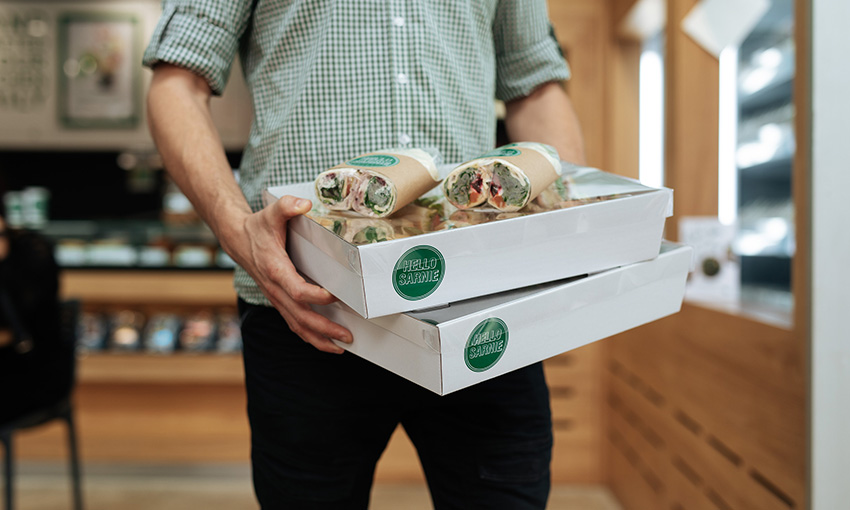 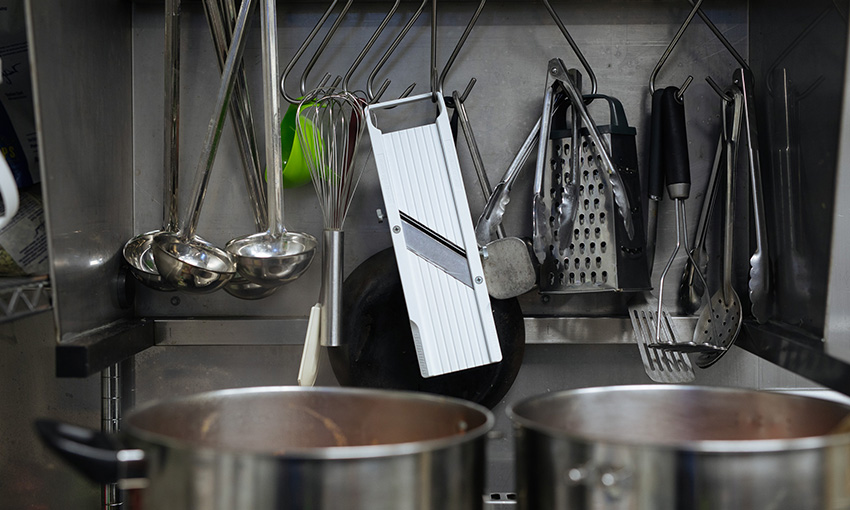 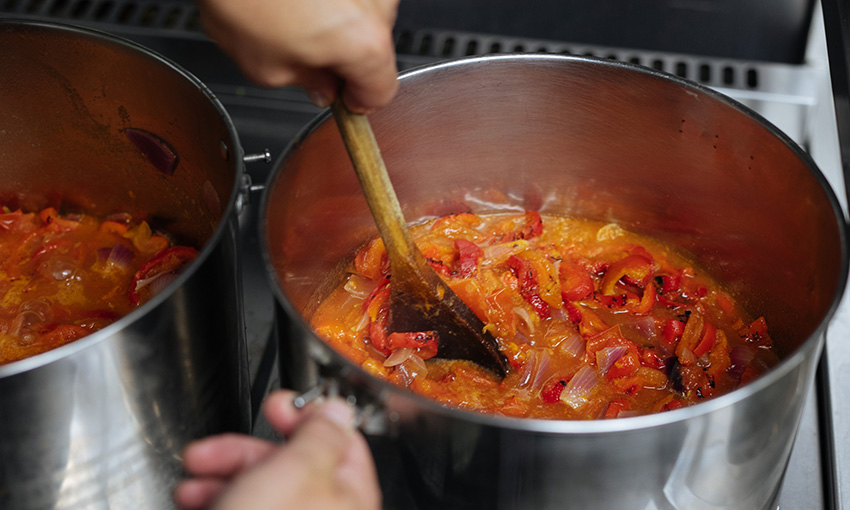 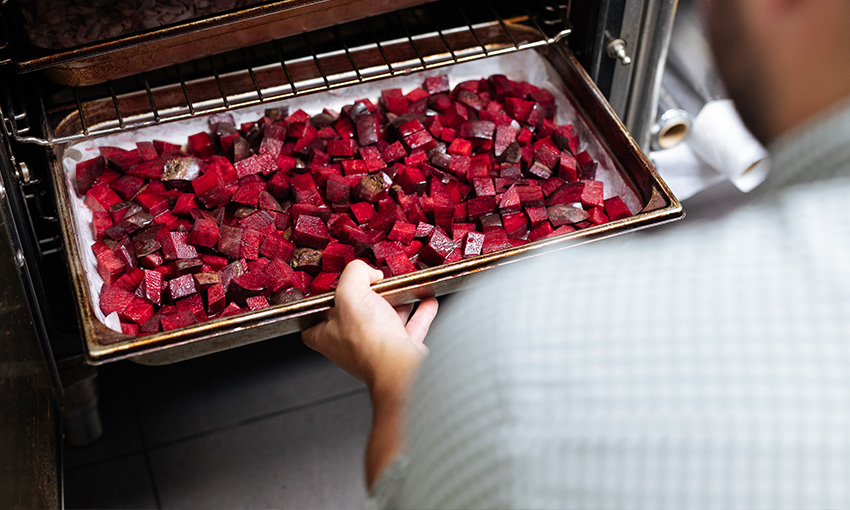 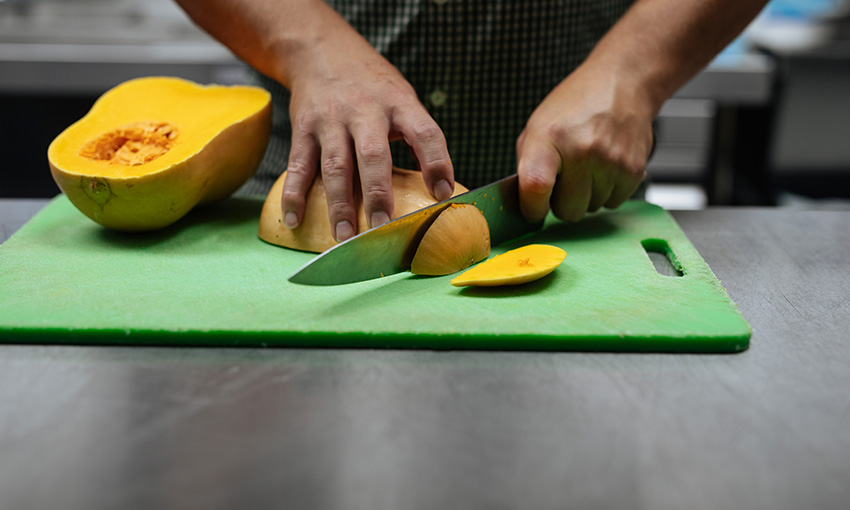 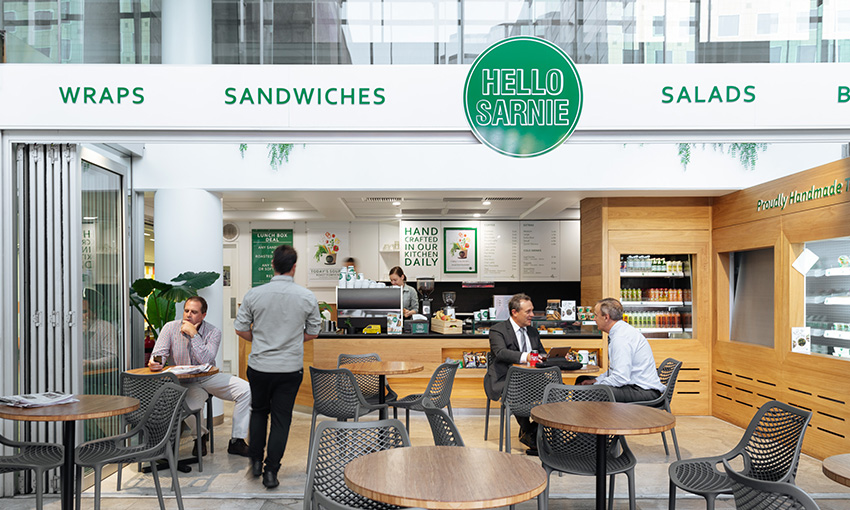 “This kitchen is five times bigger than the original one,” says Mike Kendall-Smith, co-founder of Hello Sarnie. He’s responding to our observation – immediately upon arriving – that the Hello Sarnie kitchen is tiny.

The eight heads we count in the kitchen all laugh. It’s 06:30AM on Gawler Place – how can these people be so happy?

Each person in the kitchen has a job to do and they’re diligently applying themselves to the bread stacks and sandwich-filling ingredients in front of them. There’s an order to everything that’s going on here but somehow it’s not machine-like.

“Each bread surface needs a spread,” says Mike. He and co-founder of Hello Sarnie, Andrew Pearce, tell CityMag they’ve discovered many ‘laws’ about sandwich making but – above all else – oxygen is the enemy of freshness.

CityMag is here at 06:30AM because we bought a sandwich from Hell0 Sarnie’s Pirie Street store one afternoon at 3:00PM and it tasted as if it had just been made. It didn’t make sense. So, having Andrew’s contact from our recent branding story we sent him a text asking him to explain how this was possible. His response was to invite us into the kitchen and see for ourselves.

Every morning the team assembles, with head chef, Ben Allen on the island bar gently guiding the rhythm of the kitchen’s workflow. He too has an English accent to our ears, though he promises he’s “only a quarter English”. 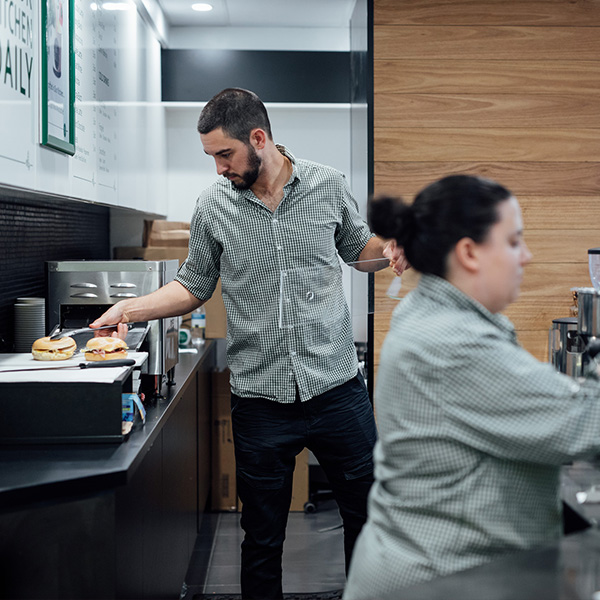 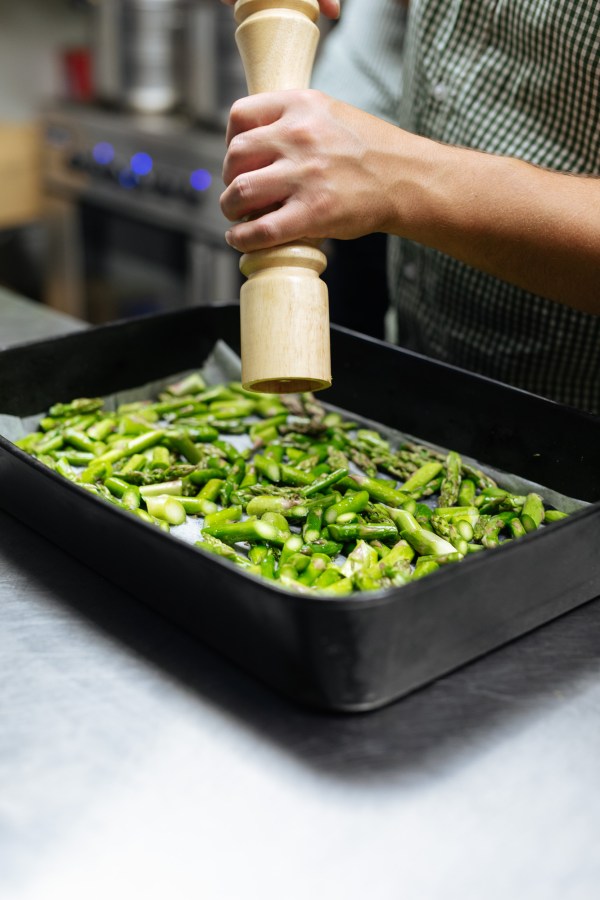 Asparagus and one of Hello Sarnie’s secret spices… pepper

Roast pumpkin by the kilos on baking trays, giant bags – 20kg or more – of raw nuts from Gaganis, poached chicken, avocado – so much avocado –green leaves, beetroot, carrot and croutons. The smell of the kitchen is invigorating and the music coming through the speakers in the roof has the team in good spirits. The first round of coffee at 6:40AM lifts the mood yet again.

Dockets are plastered along the shelf above the bench on the western side of the kitchen. There must be 40 or 50 – folded A4 pieces of paper – printed with the details of today’s catering orders.

“When we started, we had a docket rack that was about a metre long,” says Andrew. “When that was full, we were over-the-moon. Now,” he pauses gesturing at the full length of the kitchen wall, “we have to fold the paper in half to fit them all on.”

Both Andrew and Mike say that quantity has never been the focus of their start-up but, rather, an outcome.

“The customer may never realise we put in an extra slice of cheese,” says Mike. “But they’ll taste that difference and that’s all we’ve got.

“This ready-to-go concept is still not mainstream and so all we’ve got is that one chance to make a good impression,” he says.

Hello Sarnie know that a sandwich in a cardboard box in a fresh-food country like Australia is going to be a hard sell but by over-stuffing sandwiches, and packing the boxes tightly enough, the effect on the business has been a steady sort of boom.

“We see catering as the real proof that we’re doing the right thing with our strategy,”says Andrew.

It’s 8:00AM and now the shopfront on Gawler Place is as busy as the kitchen.

This is the hum of the service economy. Office workers are grabbing coffee and breakfast, some are getting a sandwich because they know they won’t be leaving their desk today. There’s more than suit and ties here too – the hi-vis brigade are here getting a hot coffee instead of an iced one, and a roast beef sandwich instead of a pepper steak pie. Times have changed.

It’s 2018 and we’re increasingly looking to eat better but also outsource our nutrition needs, and while ready-to-go may just be starting to catch on in Adelaide, Hello Sarnie is ready to cater for what you need to feel good about your lunch break – or lack there of.