Two challengers for the Adelaide City Council’s south ward - a business and residential neighbourhood - have revealed themselves. Despite both having connections to state political parties, they argue they are not trying to stack the chamber. 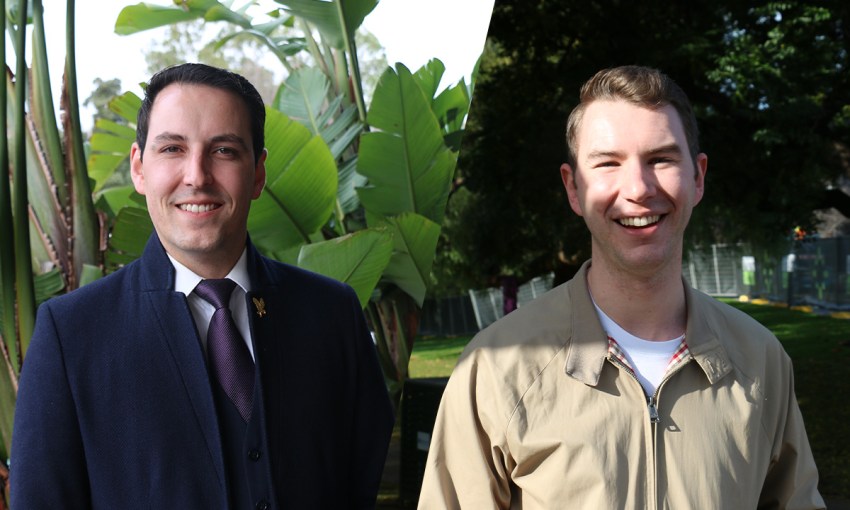 Ratepayers will cast their votes in the Adelaide City Council general election this November, to decide who they want to represent their interests at Adelaide Town Hall for the next four years.

The current elected body is divided on factional lines, with the majority Team Adelaide bloc dominated by Liberal Party members. One of the opposing faction representatives is a Greens member.

As the 2022 council election draws nearer, new candidates for the upcoming term are beginning to emerge.

CityMag has uncovered two candidates vying for one of three south ward positions who both have long-held connections to larger political bodies, but both insist they intend to operate independently, if elected.

Up until very recently, tax lawyer and Burnside councillor Henry Davis was a member of the Liberal Party but he has moved to the city and intends to run locally.

The 32-year-old city resident and worker says he discontinued his 14-year membership after the most recent state election in March and has no interest in joining Team Adelaide.

He tells CityMag he gave up his membership due to being a board member of an organisation which required him to be “bipartisan”.

“If I come onto [the] council, I’ve got nothing [to do] with the Liberal Party,” Henry says.

“The Liberal Party doesn’t have a view on roads, rates and rubbish. That’s actually a council issue.”

Henry’s relationship with the Liberal Party is recorded as part of a larger cache of members’ interests, mandated under the Local Government Act 1999. The most recent disclosure is dated and signed July 2021.

Henry doesn’t like the register of interests, believing it’s a “bad move” by the State Government that can amplify political divisions.

“Whilst it gives you some insight, I don’t think that’s necessarily that helpful,” he says.

“And what it’s actually going to do, in my view, is politicise councils to a greater effect.”

Henry is not the first politician with connections to the South Australian Liberal Party to have run in the city’s south ward.

Nicolle Flint staffer and Liberal Party member Alexander Hyde has been a south ward councillor since 2018, and recently ran unsuccessfully for the seat of Waite in the state election.

His south ward predecessor, Alex Antic, was a city councillor from 2014—2018, before he was elected to the Senate on the Liberal ticket.

Henry describes his brand of politics as “moderate” and, if elected, will pursue policies around protecting the Adelaide Park Lands from development, reducing pressure on residential and business rates, and activating smart technology.

“I don’t think it’s the case that the Liberal Party are stacking Team Adelaide,” he said.

“I think that people generally tend to group them together because of their interests and because they have a common goal.

“[I’m running because] there’s so much more potential for Adelaide.

“I think that I can have a positive impact on what it means to live in Adelaide. I love living here, but I feel that we can make it even better.”

Also running for a south ward seat is Sean Cullen-Macaskill, who is a city resident and worker and has been a member of the Greens since he was 19.

The 27-year-old University of Adelaide educational policy and compliance officer also stresses he will not represent the Greens in the chamber.

“Membership is just a reflection of my values,” he says.

“I’m certainly not running as a party-political candidate. I’m very open about the fact I’m a member of a political party.”

Sean, who is also secretary for not-for-profit advocacy group People for Public Transport, wants the City of Adelaide to be a “world-leader” in tackling climate change, homelessness and active transport, he says.

If elected, he wants to promote the revitalisation of Hutt Street, ensure urban development meets community expectations, and finish the long-stalled east-west bikeway.

I really care about the community
—Sean Cullen-Macaskill

Sean says he is friends with Greens MLC Robert Simms, the two-time Adelaide city councillor who twice vacated his seat to fill federal and state parliament positions for the party.

“The Greens in the state haven’t ever taken the position of running council to pursue capital-G party policies or anything like that,” Sean says.

“I’m running as a member because I really care about the community and want to achieve those sorts of outcomes for ratepayers.”

When asked about factional dynamics within Town Hall, Sean says ratepayers have impressed upon him that division is not what they want.

“The most connected [anybody is] to the community is at that [local government] level, and I think that councils can be really constructive places where people from across the community can reach consensus and work together towards shared outcomes,” he says.

“That involves compromising, as well.”

Henry is of a similar belief, saying the current chamber is full of a “very diverse group of councillors” and the fact that some feel shut out of the decision-making process to the extent they need to resign is “not good enough”.

“The reason why we have group decision-making… is because, generally, you make a better decision with more people, if not always,” he says.

“Creating a faction, I think, undermines the ability for the council to make a good decision.”

Nominations for the Adelaide City council close on 6 September 2022, with the scrutiny and count slated for 12 November 2022.