A decision to raze a non-heritage listed Melbourne Street bluestone residence, built in the late 1800s, to allow construction of a four-level apartment block has been postponed by the city council’s assessment panel, with some councillors worried about the loss of character in the precinct. 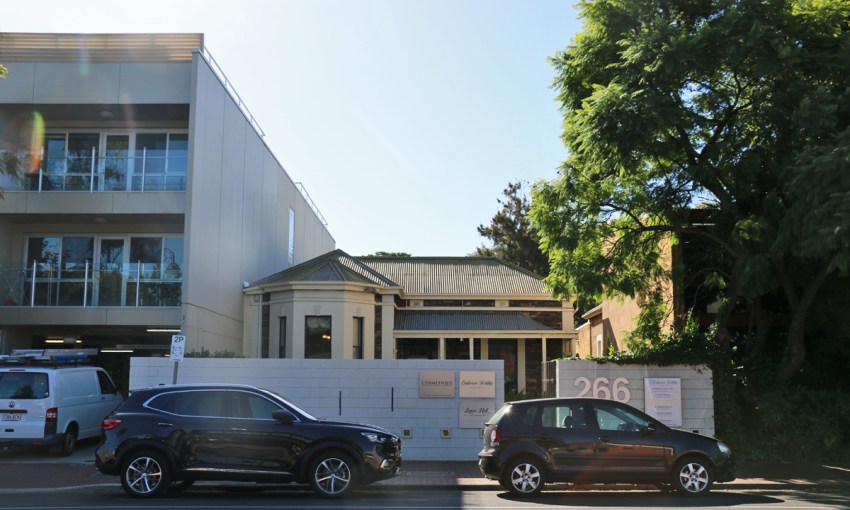 The recommendation by administration, detailed in their report, was that committee members approve the development plan submitted by Future Urban for The Sunshine Life Pty Ltd on 17 March 2021.

Plans for the apartment complex on of 780sqm include 15 two-bedroom apartments spread across three levels at a maximum height of 14m, and ground level car parking.

But a 2004 North Adelaide Heritage Survey by conservation and heritage consultants McDougall & Vines found the building to be an “excellent example” of an 1870s-1880s bay fronted bluestone residence that retained “important stylistic elements”.

“The significant number of stone and brick residences, like this former house, constructed between 1870 and 1890 throughout this section of the city, are an important element of the distinctive historic residential character of North Adelaide,” the report says.

“This house remains an important indication of the type of residences constructed at the time, and the use of South Australian bluestone as a building materials.”

The Council Assessment Panel’s report says the single-storey building – currently used as a medical practice – is in a locality where building setbacks range from “historic buildings with generous front gardens” to smaller landscaped areas where multi-level buildings have been constructed.

“There are a number of State and Local Heritage Places within the locality, however there is only one heritage place adjacent to the site, located directly at the rear at 96-98 Old Street,” the report says.

Adelaide City Council north ward councillor – and owner of North Adelaide real estate business In2 Real Estate – Mary Couros says she “too often” sees the heritage of North Adelaide “eroded” when old buildings such as this are bulldozed.

“I am someone who’s supportive of new projects that benefit our city but I think our planning laws need to be strengthened when we see properties like this being demolished,” she said.

“This council has developed its own heritage incentives scheme with the goal of retaining heritage and character because we know once that goes, it’s lost forever.” 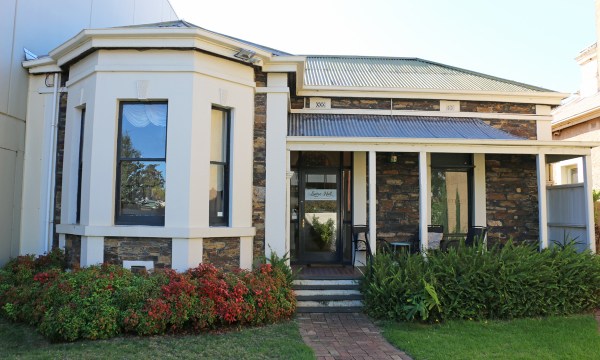 The property is currently tenanted by a range of medical practices, such as a fertility clinic and cosmetic specialist

North ward councillor and  lord mayoral contender Phil Martin said the decision to allow further negotiations between Adelaide City Council planners and Future Urban for this apartment complex was a “metaphor for what’s wrong with planning in South Australia today”.

“The demise of historic North Adelaide has become unremarkable,” he told CityMag.

There’s been some fantastic really modernist architecture put on Melbourne Street recently but what I’m concerned about is people using that cover of building something new to [build] unliveable, people-unfriendly spaces.
—Cate Cheetham

“The city’s CAP (Council Assessment Panel) is left to pick up the pieces with a development that, to my mind, doesn’t have much street appeal.

“The [panel] identified there are issues with the design and amenity of the box of apartments: issues like the lack of light in some apartments, access to the apartments and the location of services.

“I’m also worried about the amenity of people who live there.”

“Six of the apartments really have very limited access to natural light and ventilation,” she said.

“I think there’s been some fantastic really modernist architecture put on Melbourne Street recently but what I’m concerned about is people using that cover of building something new to [build] unliveable, people-unfriendly spaces.

“It will change the character [of the street] and it will be a place where people don’t want to live.”

CityMag approached Future Urban for comment but did not get a response before deadline.