Makerspace Adelaide needs help getting to a new space

The pandemic significantly hampered the ability for volunteer-run multi-purpose workshop Makerspace Adelaide’s to make rent. With its current lease coming to an end, it needs your help moving to an as-yet-undetermined new location. 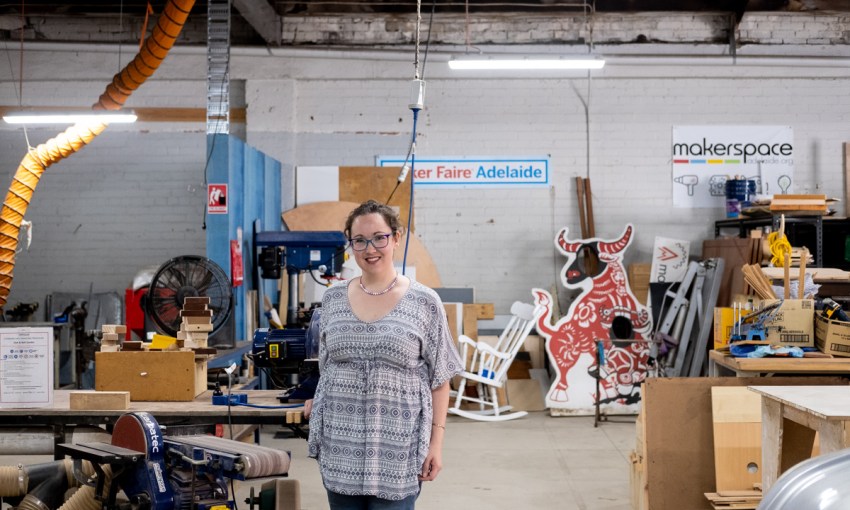 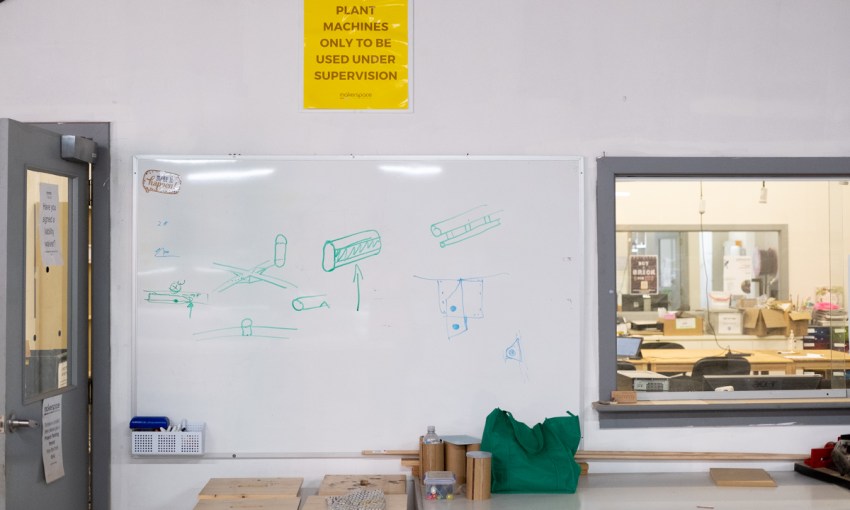 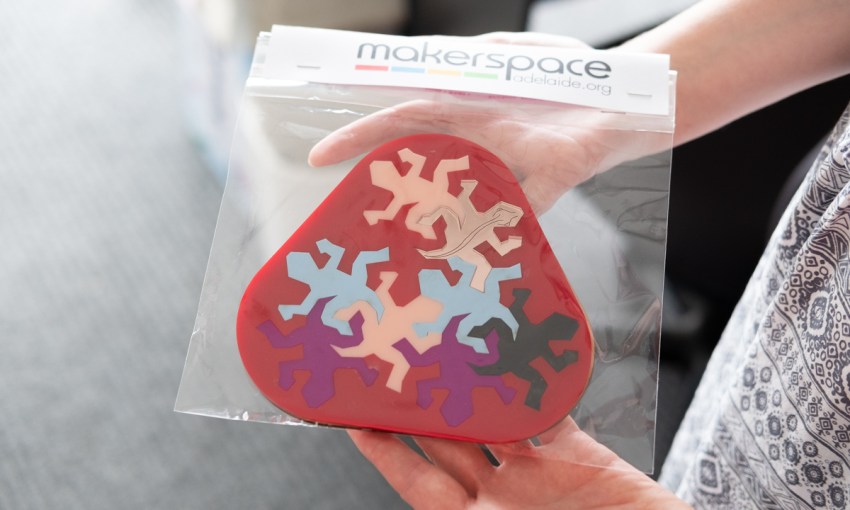 Since August 2019, makers and tinkerers of all types have visited 100 Franklin Street to make use of Makerspace Adelaide – a volunteer-run fabrication workshop.

In the front section of the building, there is textile equipment, like sewing machines and a leather shoe patcher, and a more high-tech collection of laser cutters and 3D printing machines.

Out the back, in the warehouse space, there is woodworking and metalworking equipment and piles of materials – from timber pallets to discarded vinyl signage – ready to be made into new objects by Makerspace members.

The organisation’s purpose is to make large or expensive equipment, like 3D printers, lathes and welding implements, accessible to the public, as well as presenting opportunities for people to pick up new skills and pass on knowledge.

Laura Gransbury is the operations manager at Makerspace and is also a textile artist and “modern mender”. 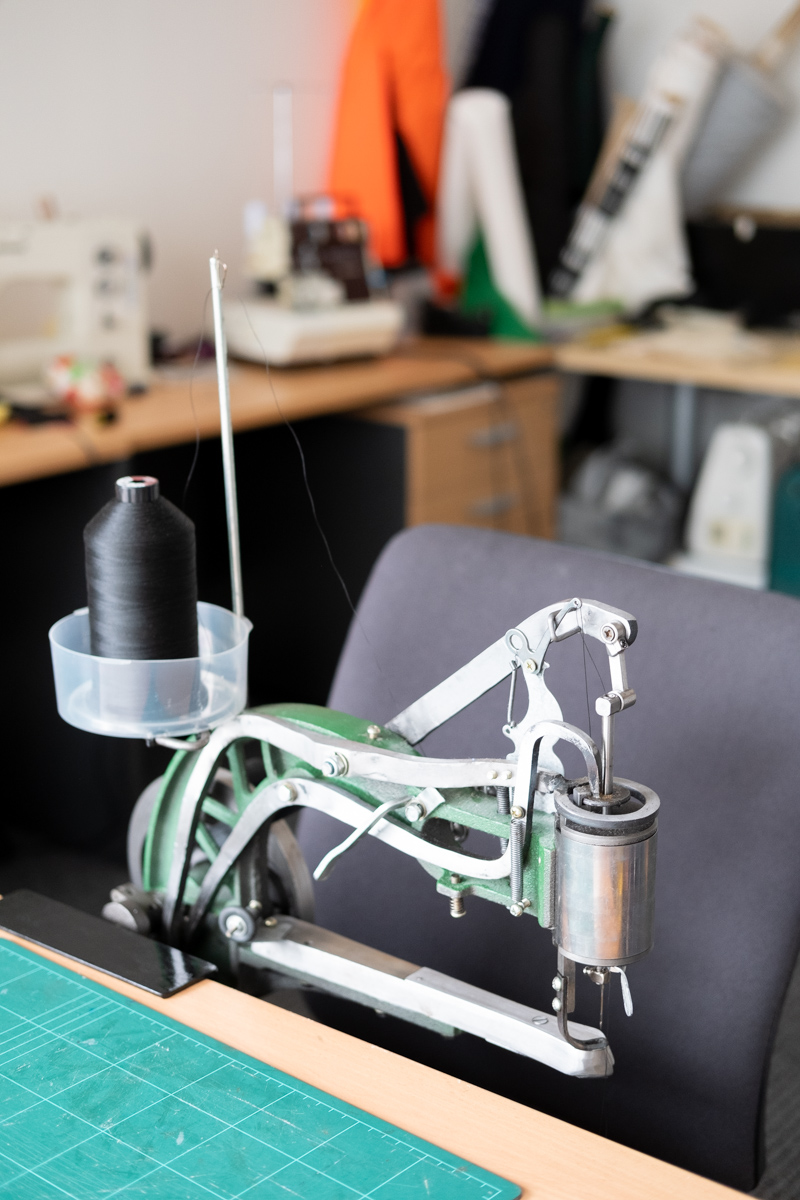 She started volunteering at Makerspace in January 2020 during a campaign by the organisation to make pouches for animals affected by the Black Summer bushfires.

“The whole place was buzzing, people going, ‘Oh, I love this space. Somewhere to make things’, and that’s how I got involved,” Laura says.

“Then in February, we were starting to look at going to events… We had more people turning up every day, we were looking at expanding our hours.”

One month later, COVID hit and “everything just came to a screaming halt”.

Makerspace planned to draw revenue from its membership base, workshops and events, and through facilitating school visits. All three income streams were disrupted by the pandemic, and none have since fully recovered.

“Membership has been a lot lower because people are less likely to come into the city, so we get a lot less foot traffic than we used to,” Laura says. “People are less willing to spend a lot of time in an enclosed space altogether.”

Despite these setbacks, Makerspace Adelaide now has 25 regularly rostered volunteers, and another 15 who engage occasionally. It also has about 70 active members, and over the last two years its facilities have been used by around 1000 people. 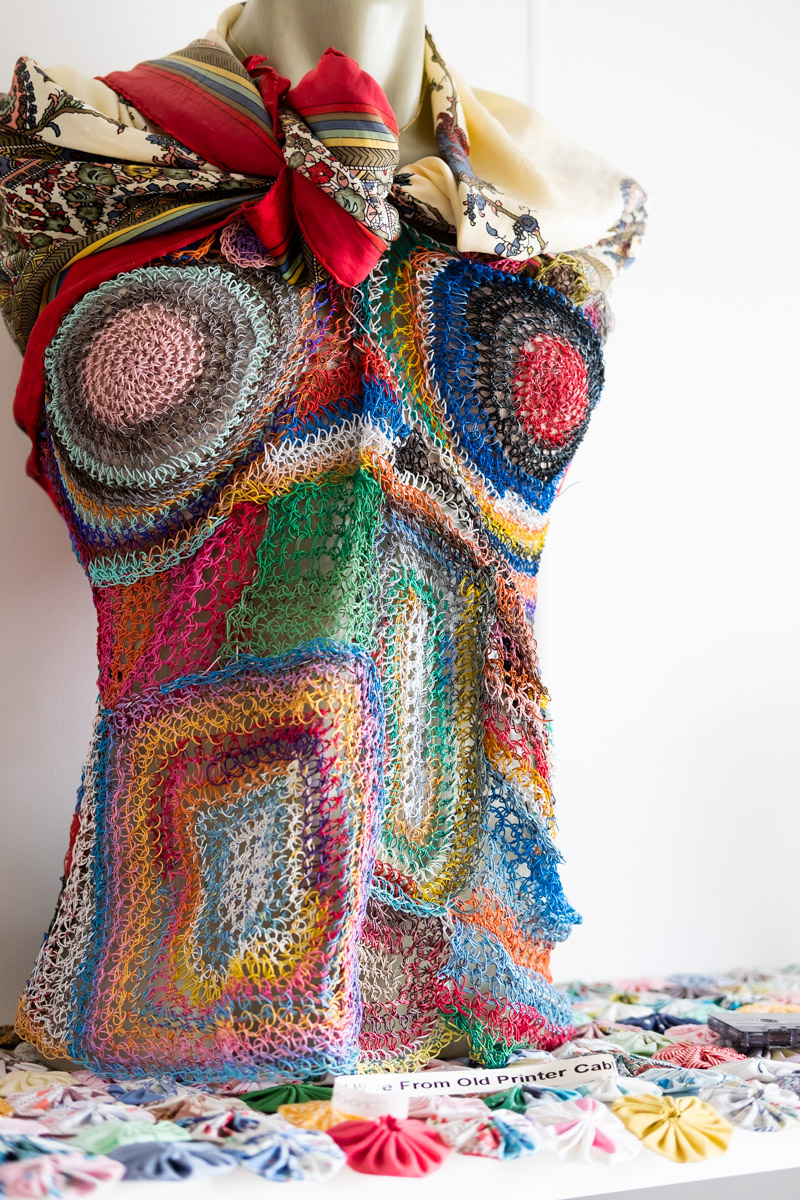 A top made at Makerspace from repurposed computer printer cables

Ruth Graf is a retired registered nurse with a love of textiles and she’s been coming to Makerspace since September last year.

“I do a lot of machine embroidery, I’ve got three scan and cut machines, and I do the heat-transfer vinyl and that sort of stuff,” she says.

Ruth found Makerspace while looking for a publicly accessible laser cutter. Her husband, Hans, was running a competition with their grandchildren to see who could find the smallest, crunchiest hot chip, and Ruth wanted to make a trophy for the winner.

“I did a Google and I found this online, so we came to have a look and we were impressed and we decided we’d join,” she says.

“My husband’s into woodcraft… and the idea of being able to use the CNC (computer numerical control) laser and that sort of stuff appealed to him, and the laser cutter and the 3D printer, and the textile room to a certain degree, appealed to me.”

In addition to the technical equipment, Ruth quickly found friends and a sense of community she had missed since leaving her nursing job.

“I’d been a registered nurse for 33 years, and you get used to being able to talk to people with a similar ethos, and I lost that once I retired,” she says.

“Coming here, I find I’ve got it back again – whether they’re younger than me or not. In fact, they must think I’m a silly old bugger, because whenever someone’s got something on the laser, I go over and say, ‘What have you got there? Show me what you’re doing’, because that’s how we learn. And so that exchange of information and talent is just wonderful.” 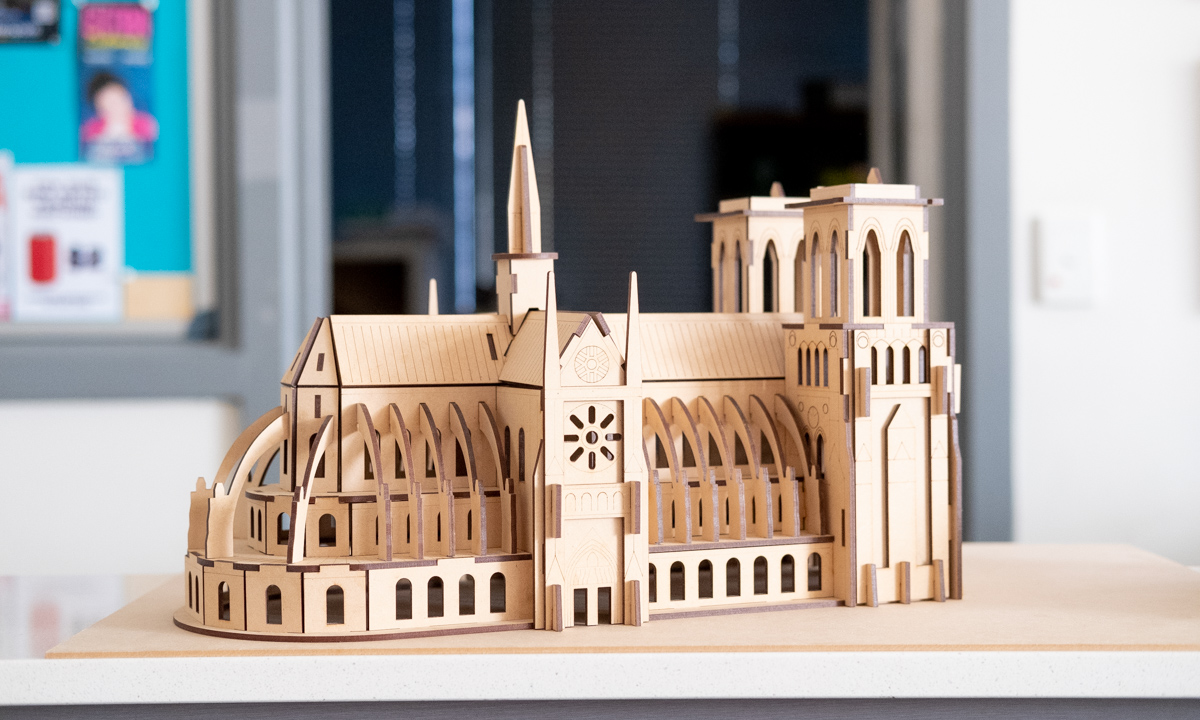 A laser-cut Notre-Dam 3D puzzle, made at Makerspace, will be auctioned off at the fundraiser

Makerspace’s pandemic-induced income shortfalls have meant its current commercial lease has become unviable. At the end of March, it will leave 100 Franklin Street.

Finding a replacement site has not been an easy process, especially given the Makerspace team wants to keep the many facets of its operation under one roof.

“It’s a really big deal keeping it all together,” Laura says. “Because you have people who start off thinking all they’re interested in is laser cutting and 3D printing, but they soon find out, ‘Oh, but if I can add some electronics to this. What if I make this bit out of wood and use the workshop?’ Just that ability to switch from area to area, I think, is really important for us.”

Laura is in the process of securing a site, and while she hasn’t locked anything in yet, Makerspace is hosting a fundraiser on Friday, 25 February to help with its transition to a new site. 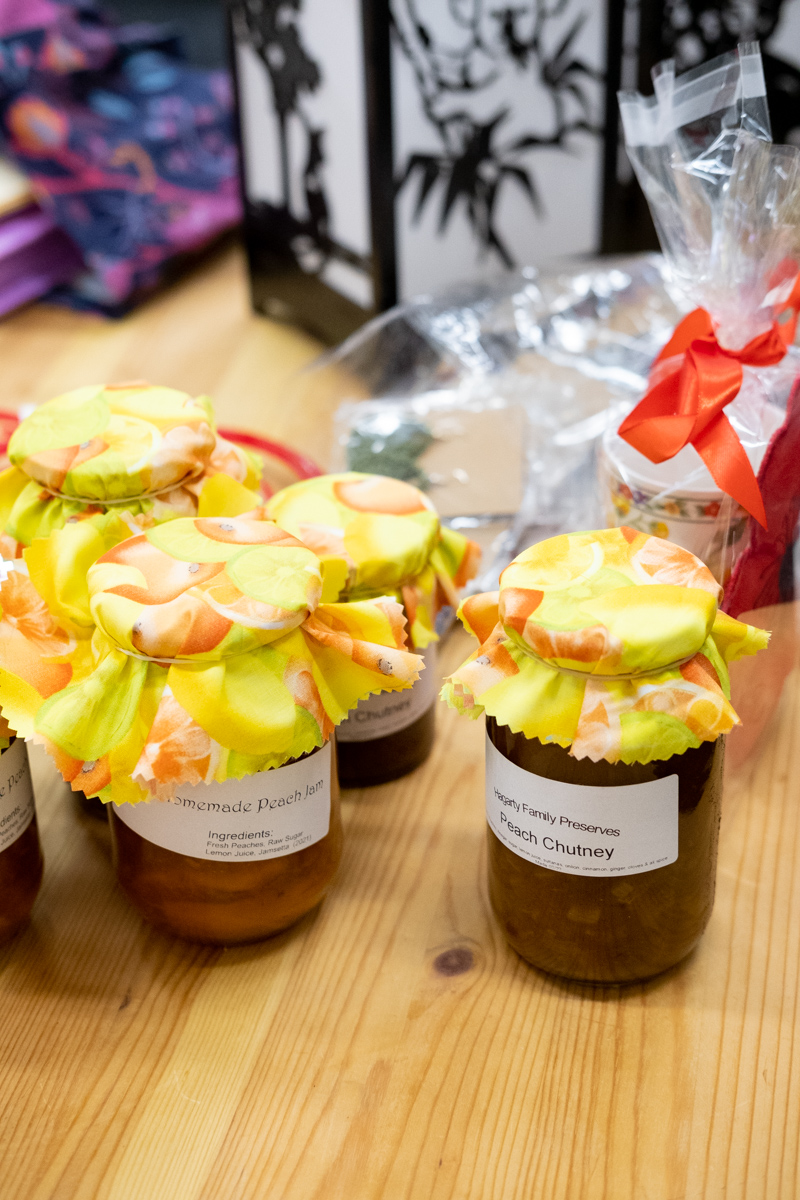 Tickets are $50 and include equipment demonstrations, the option to create a laser-cut nametag, a ‘Wall of Wine’ lucky dip, and a live auction from 8pm.

“Ruth will be auctioning off three hours of her time, and it will either be her teaching someone how to do the scan and cut, or her doing it for them… [and] I’ll be raffled off as a mender,” Laura says.

All funds raised will help Makerspace land at its eventual new home with a running start.

“It’s mostly about getting our feet back under us again and just being able to land in the new place and get going as soon as possible, instead of having to take things a week at a time,” Laura says.

For tickets to the fundraising event, visit Humanitix.

You can also donate directly to Makerspace’s Save our Space campaign here. 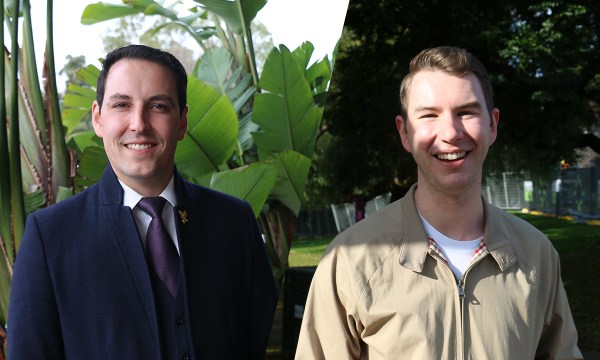 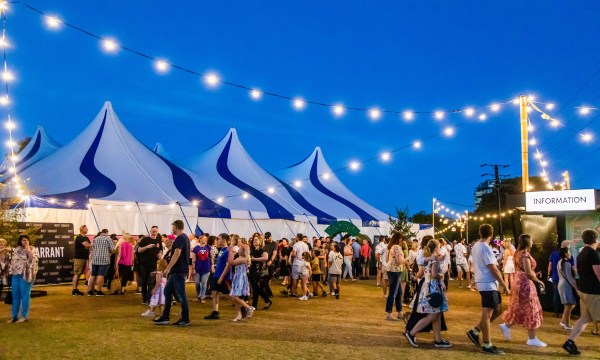