As the daughter of a maker, Isabella McRae has been surrounded by leatherworks for most of her life. She’s now crafting her own label, Stuff by Glad, which officially launches next week. 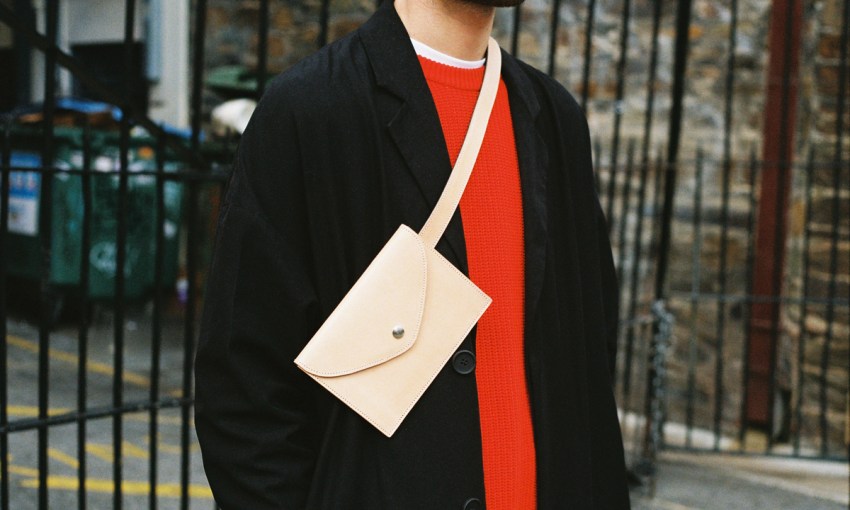 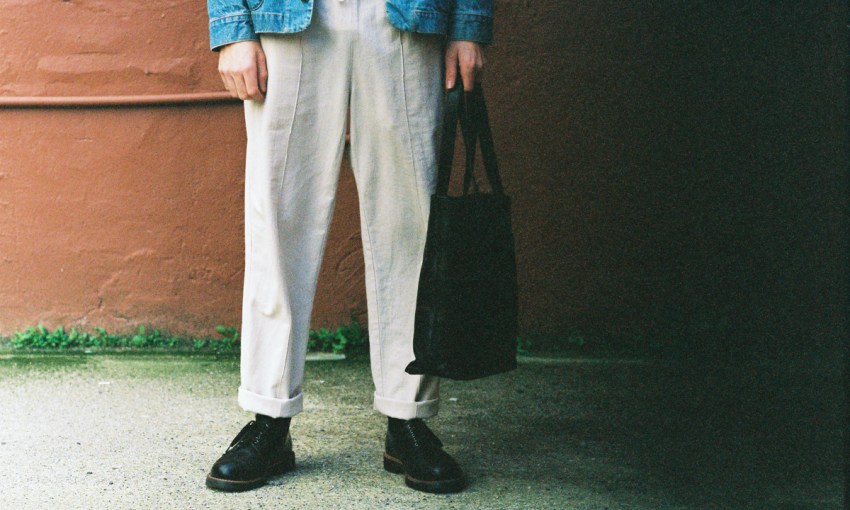 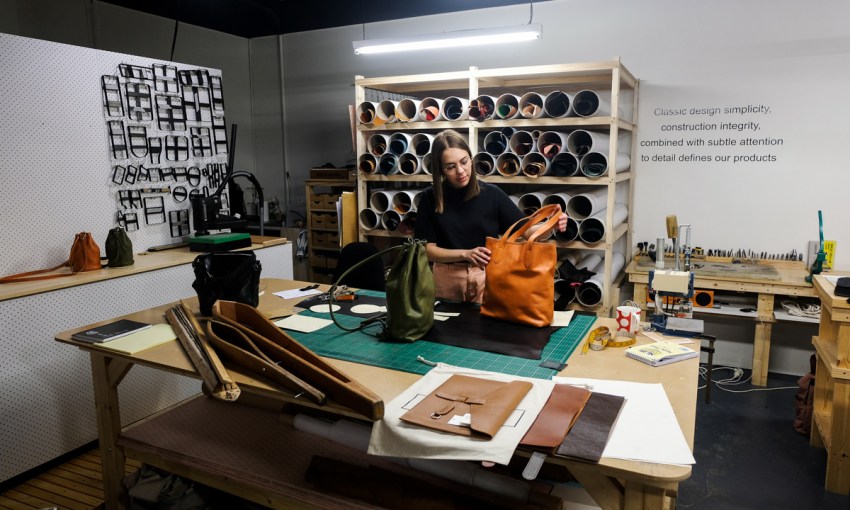 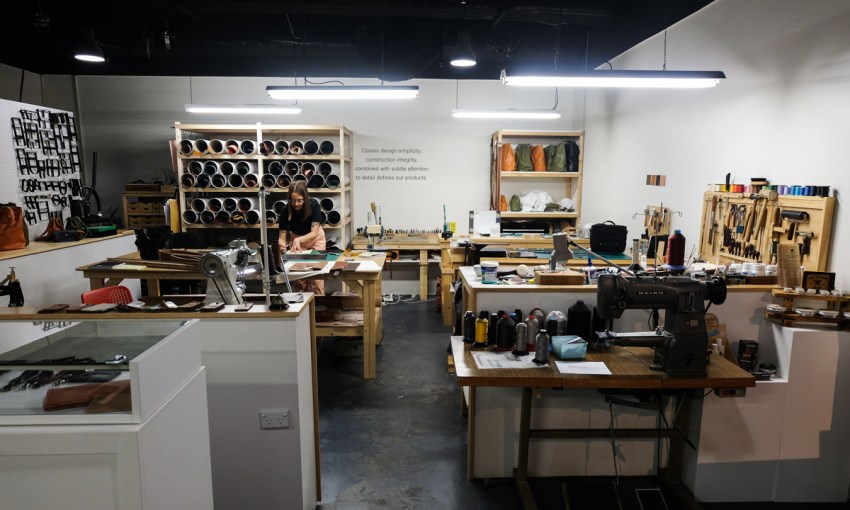 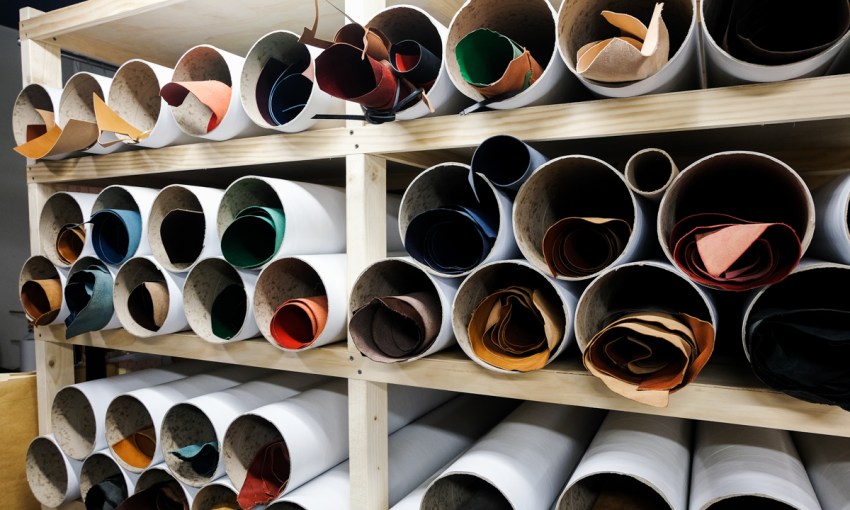 Three years ago, Rob McRae setup Leatherworks Adelaide in Regent Arcade. At the same time, his daughter, Isabella McRae, mused the craft was a dying art.

“So, I thought it was the perfect opportunity for me to start making stuff. I did and I fell in love with it,” says Isabella.

“I started with such basic stuff: little notebook and card wallets and belts – a lot of belts – to try and get my sewing right.

“When I first started, I was so impatient. I wanted to be able to make it today. But now I realise the amount of work that goes into it is so crucial because you end up making something beautiful and different to what you can buy anywhere else.”

Isabella juggles her time carefully, though she admits to being caught up in the addiction of life as a maker. She spends the majority of her waking hours surrounded by leather, and the rest between working at cocktail bar Maybe Mae (as an award-nominated host) and in university.

Now in her final year of a five-year law degree, Isabella came to realise an educational institution isn’t the only way she could have a meaningful career, and so founded her own leatherworks label, Stuff by Glad.

“There are a lot of people who are going to be really good lawyers but there are very few people who have the ability to be a really good maker. And I have that opportunity to do that,” she says.

“All of my friends work in hospitality and they’re also successful doing stuff that isn’t an ordinary path.

“They all said, ‘You can make money from this… if you’re good at it and you try really hard and you have a genuine meaning behind what you’re doing, of course you’re going to be successful.’

“So, it seemed silly that I was pushing it away when I am a creative person and I inherently want to do something like this.” 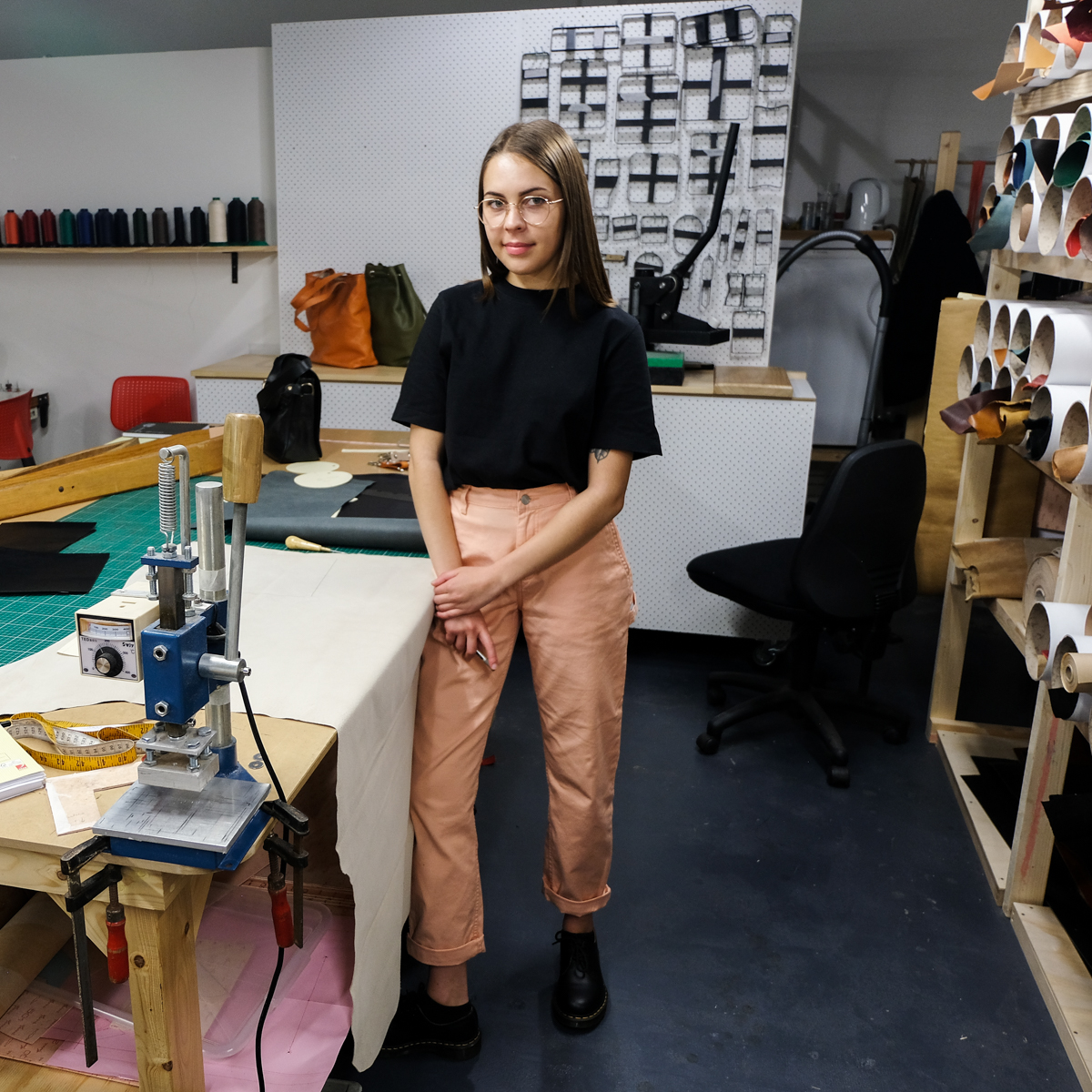 Isabella has history as a maker; Rob had taught Isabella to sew when she was around 10 years old and not long after she began to make her own clothes.

When deciding on a career as a maker, she was drawn to leather for the care and attention required to use the material to its full effect.

“Fabric is a bit more forgiving than leather. If you sew through leather the wrong way you can’t unpick it, whereas you can with fabric,” she says.

“But making stuff to look good on you is quite difficult. I find making clothes a lot harder than making leather stuff, because the sizing with a bag isn’t that important. If you need to make a laptop fit in it, you can make it to fit a laptop.”

Part of what drove Isabella to pursue a career as an artisan was the move towards sustainable shopping.

“There are so many people my age or younger willing to spend money on pieces that are going to last,” she says.

“And the stuff that I’m designing… [it’s] all really, really simple. It’s not trends driven and that’s what I’m trying to get at.” 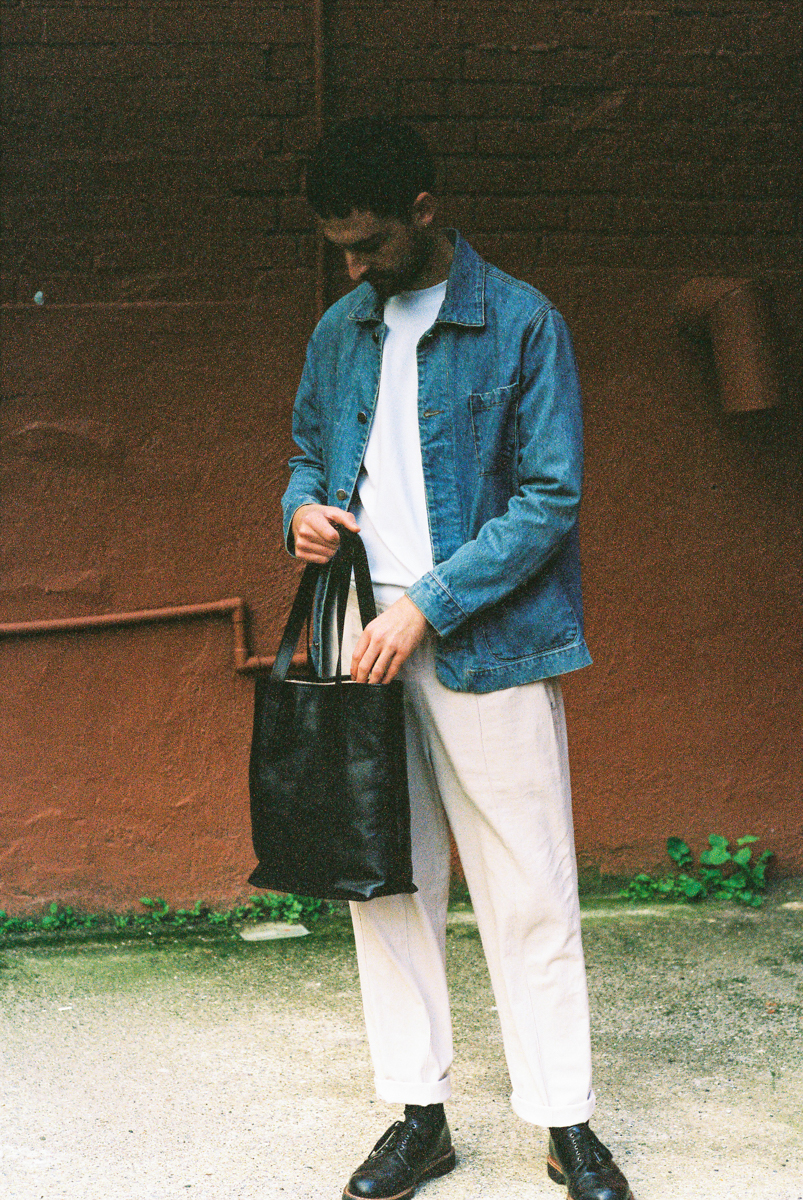 Above and left images by Lachlan McRae 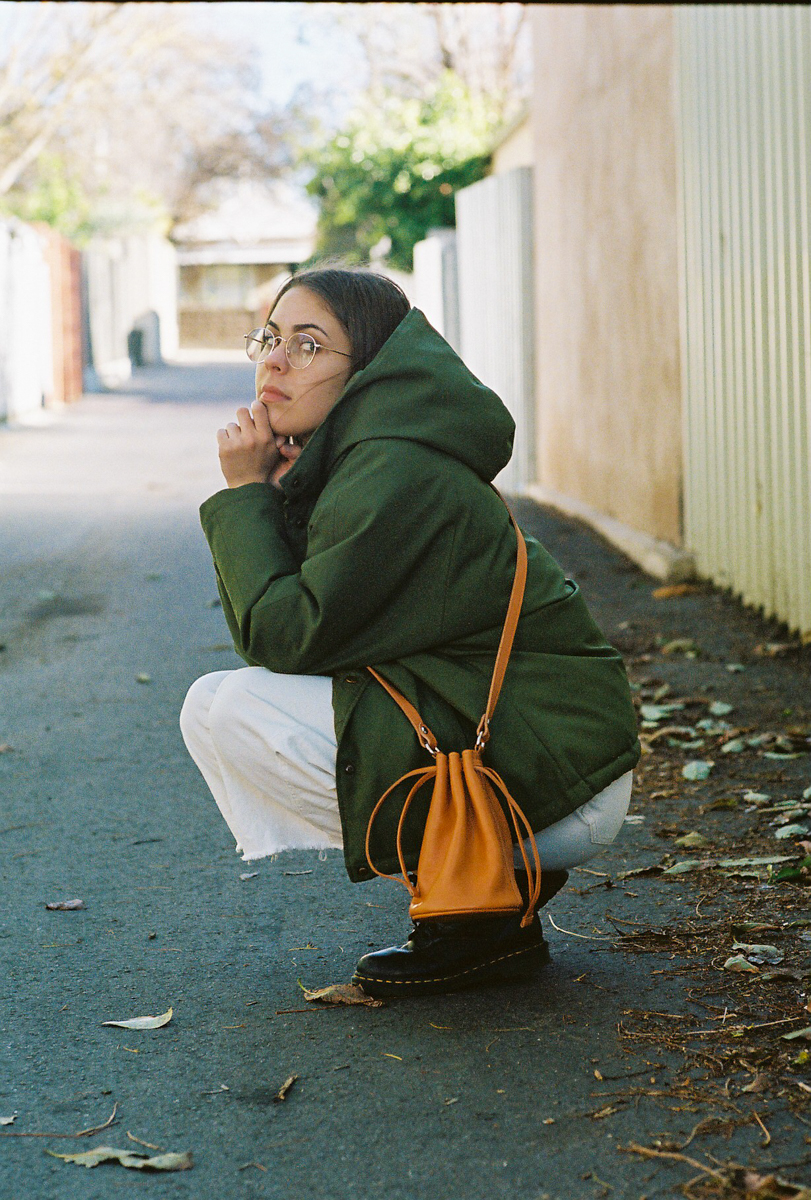 Stuff by Glad’s range features a range of bucket bags, totes, key fobs and belt bags, with prices ranging from $35 to $450.

Isabella’s studio and workshop is inside the Leatherworks store, which is now also the Stuff by Glad shopfront.

The collection is a range of dusty olive, orange and black and is made from Veg-Tan leather, which Isabella tells us is chemical free.

She also wants to start making pieces using canvas and other materials.

“I’m starting with leather because it’s what I know, but I want to branch out and have an option for people who are a bit more anti-leather,” Isabella says.

“There are all these alternatives. You can get orange skin leather, so that would be really good.

“I just want something that’s durable still, so it’s still in line with what I want to do. I want it to be lasting and really good quality.”

Stuff by Glad will officially launch at a party at The Commons Studio and Exchange, also featuring floral installations by plant stylist Jessica Taylor of Ivy House, which will happen from 5pm ’til 8pm on Friday, 23 August.

“Em (The Commons Studio and Exchange founder, Emily Sheahan) was like, you can do it at The Commons, Africola offered to do food and Maybe Mae said, I’ll do the booze for you,” she says.

“So, it’s really come together, and all of these people are helping out which is really nice.” 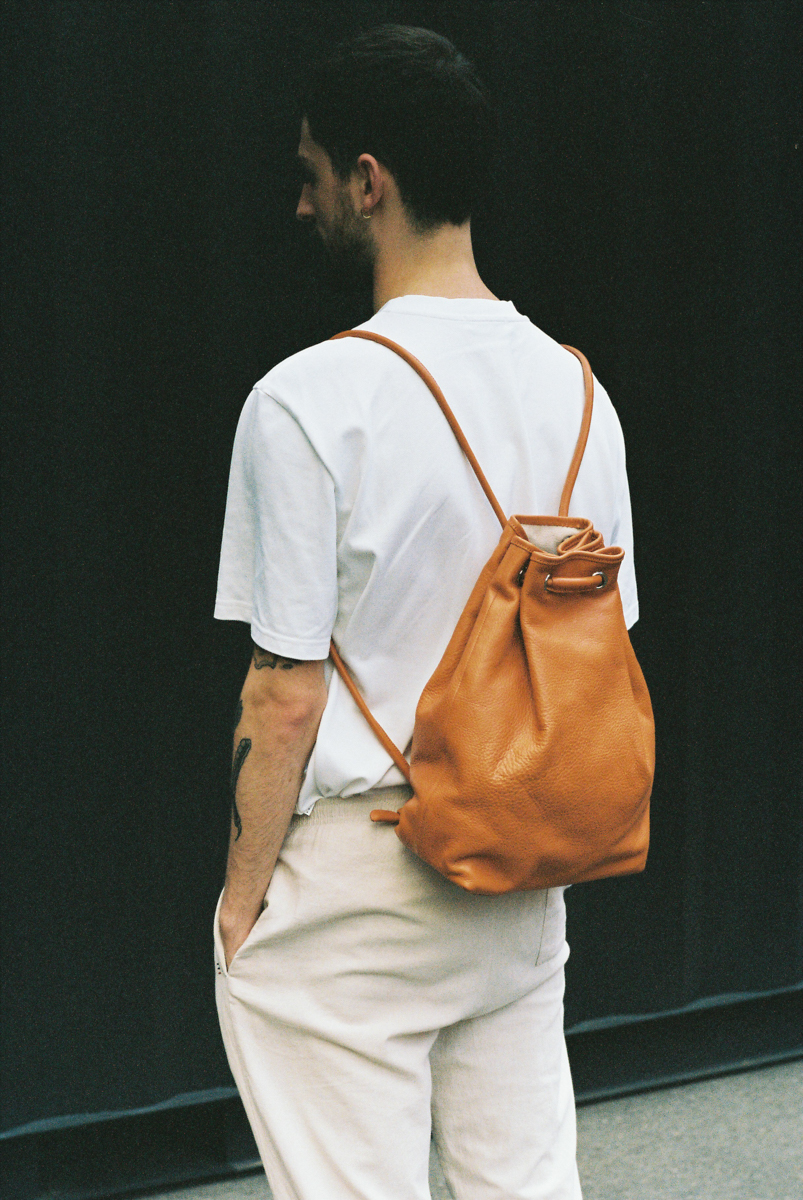