It's taken a while, but Rob McRae of Leatherworks Adelaide has returned to his craft and his home. 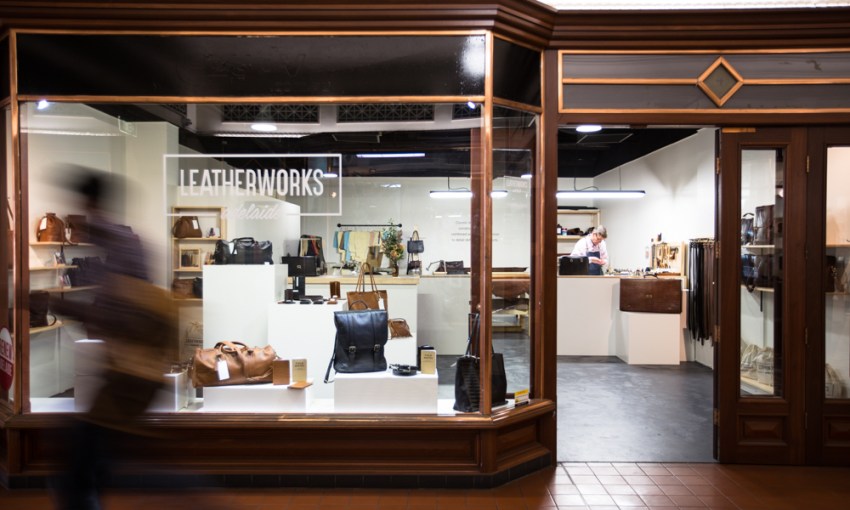 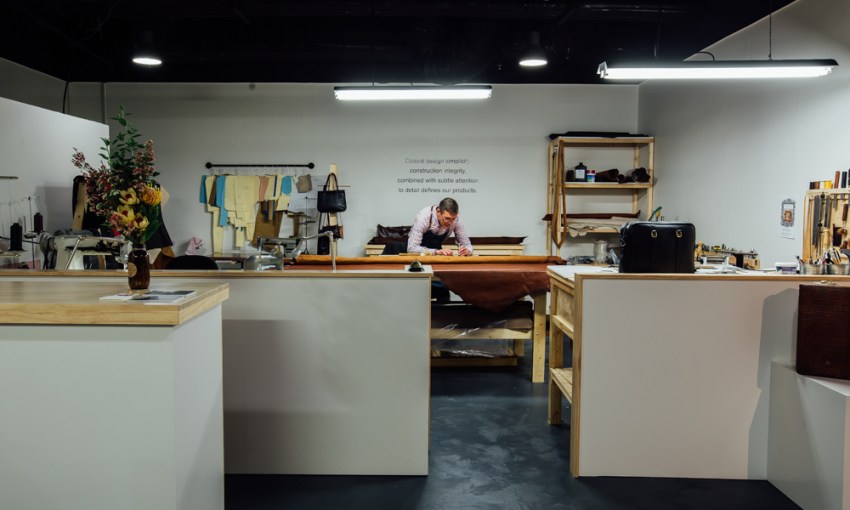 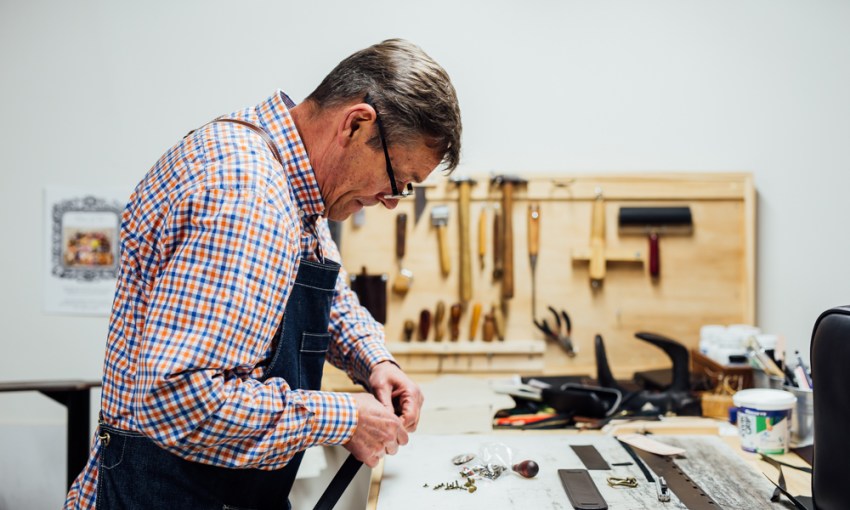 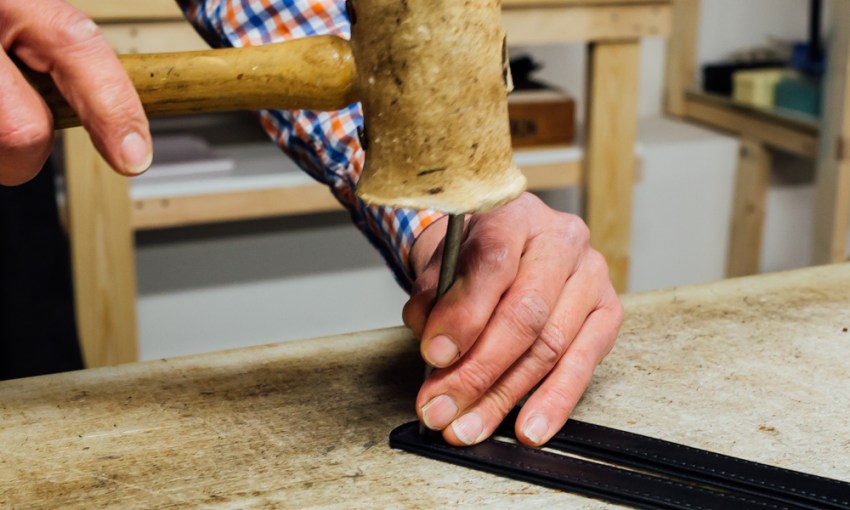 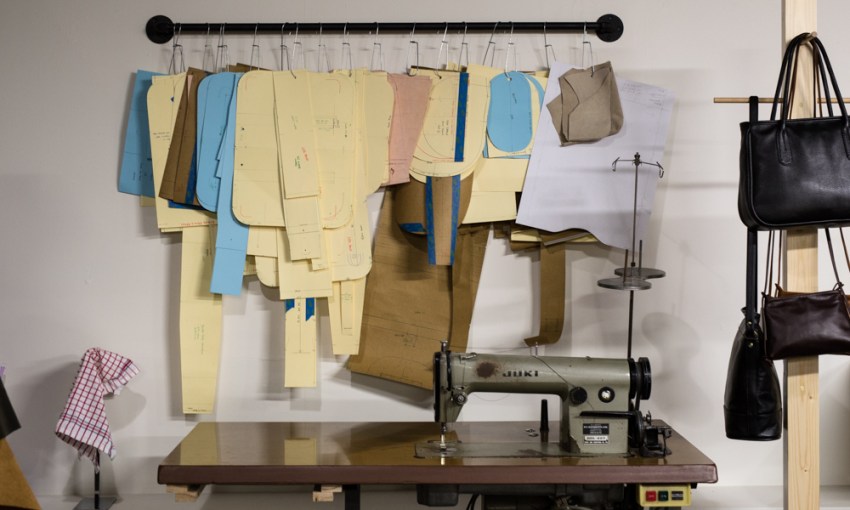 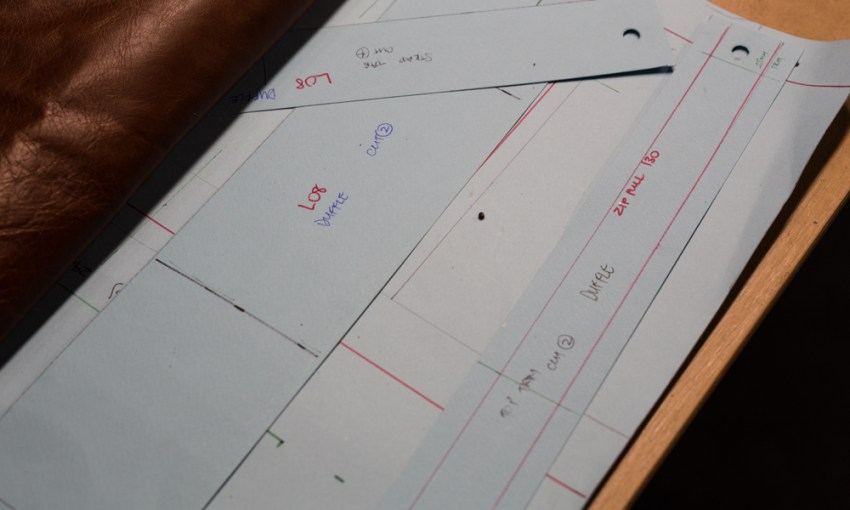 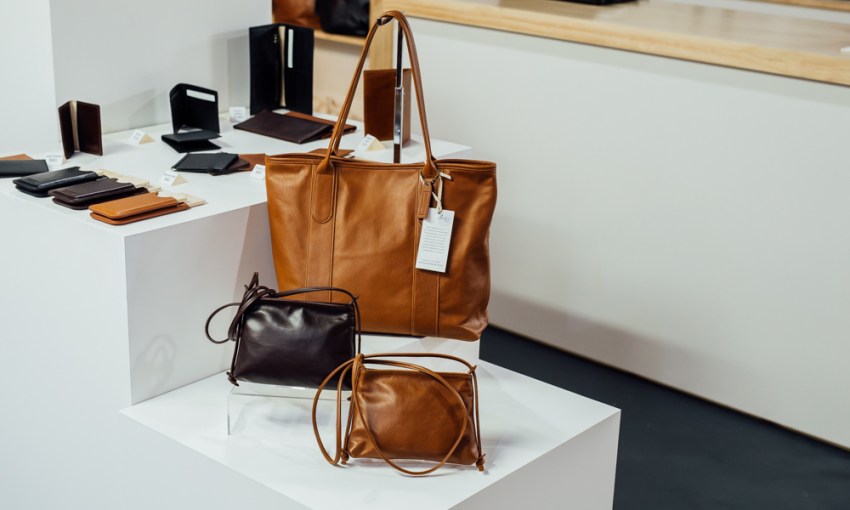 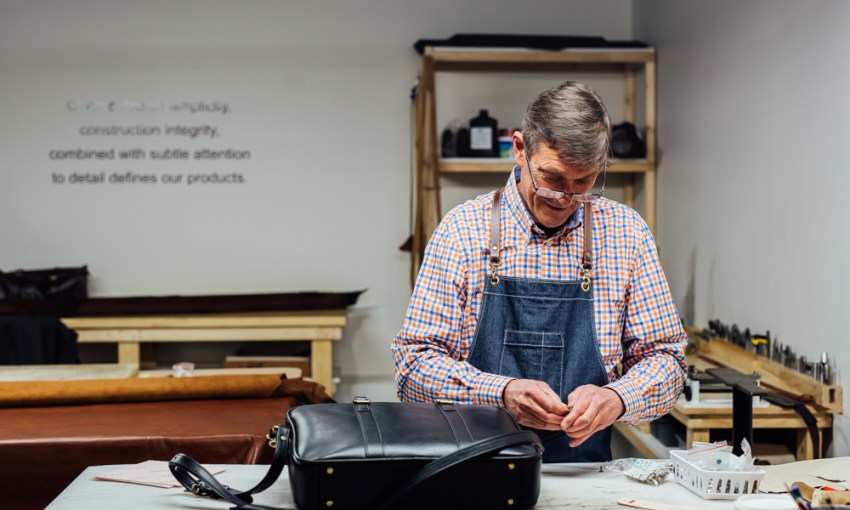 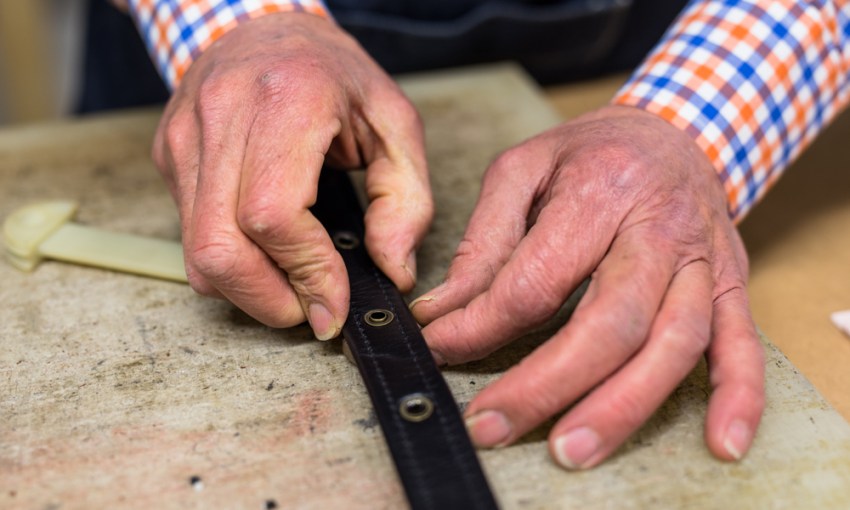 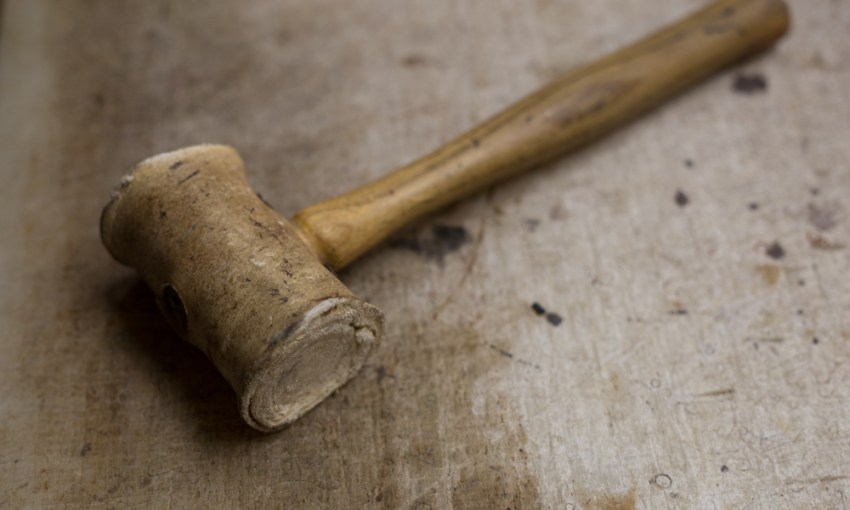 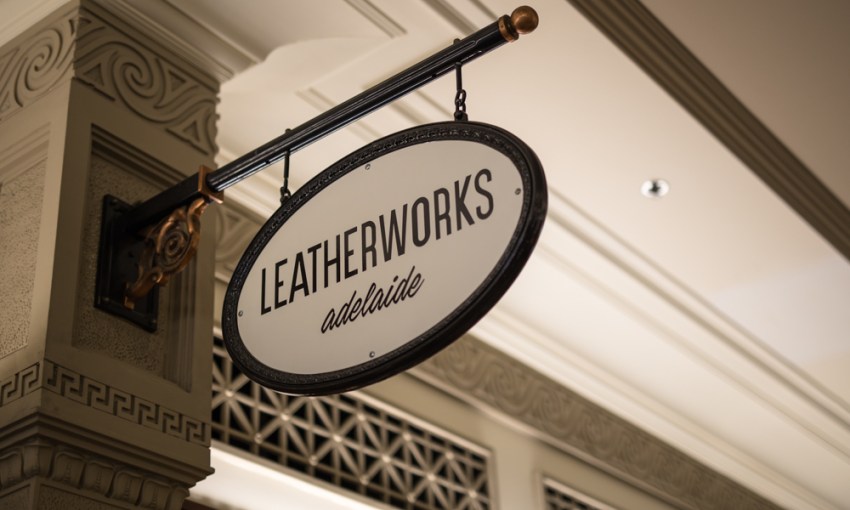 When we visited Rob McRae of Leatherworks Adelaide in his new Renew-facilitated space in Regent Arcade, he made one thing very clear: he did not want to talk about himself.

We should write about the product, he said. The craftsmanship and the quality of the materials used are more important. He doesn’t want to be “the face.”

The thing is, his product is a reflection of him and his values. Tradition, top-tier quality, lasting style, and functionality are important to him – and so, naturally, those are the pillars on which Leatherworks Adelaide stand. 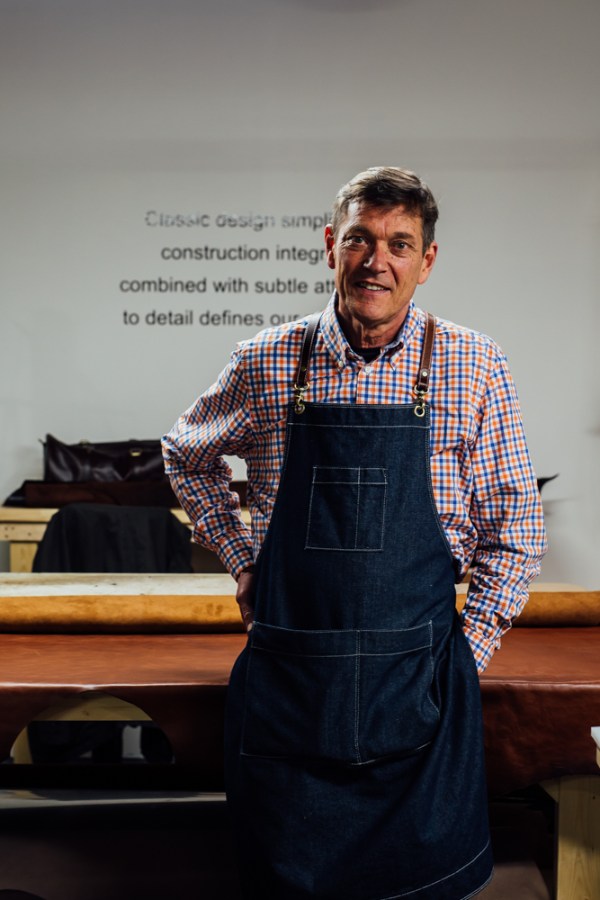 Rob in his Renew Adelaide studio in Regent Arcade.

“I started off and trained in the JamFactory in the 80s. I had a career in leather for 10 years and did okay,” but he then took a job as a sewing expert with Lear Corporation – a global interior trim supplier.

For the following 20 years, Rob climbed the ranks of Lear Corporation, taking his family with him as he lived as an expat in Thailand, China and Indonesia.

“I started up 3 plants in China and one in Indonesia, and a plant in Thailand. I’ve got a reputation as a fix up guy – I was a start up specialist.”

Fast forward to 2015 where Rob was sitting beside the pool in his Kuala Lumpur home. It was there, in a moment of contemplation that he had an epiphany: he wasn’t living the life he was meant to.

“I came home and had this crazy thought that maybe I could make bags again,” says Rob. And that’s what he did. Only now, 20 years on from his first foray in leather making, he’s finding the trade a lot easier than it once was.

“I think Instagram has a lot to do with that. People hashtag a photo of a nice wallet, they tag it #buttero, so people know butteroo as a cool looking leather.” – Rob McRae

“The internet has opened up a whole new purchasing opportunity for me to source materials in small quantities. In the past, you had to go to the local saddlery shop and buy whatever was off the shelf in ones and twos. Or, in order to get belt buckles from the best maker in Italy, I had to buy 1000 pieces that I’d probably never use,” says Rob.

Rob places a heavy importance on the quality of the materials he uses, using leather almost exclusively from boutique village-based tanneries in Italy.

It’s with a sense of pride that he tells us the origins of some of his favourite leathers: “Mastrotto is a big tannery, but they still have a regional base in Arzignano, Northern Italy. Conceria Walpier in Tuscany have a family tradition that goes back around 300 years, and they produce the same style of leather they have for a hundred years – but they have the best veg tan leather in the world – their buttero is very famous.”

The thread, he purchases from France. The zips, he says, are the best in the world.

“When you put all of these things together, you’re on the same level as Hermès or Louis Vuitton. The world is so much more accessible. Twenty years ago I couldn’t buy that, but now, with the internet, I pay a premium for small quantities, but I can buy everything I need,” says Rob. 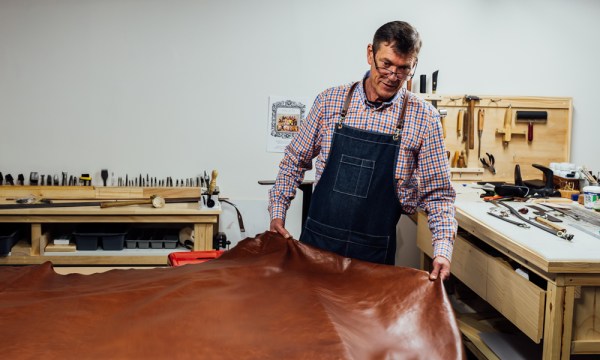 Rob shows off his favourite leathers.

And, of course, nothing hits the shop floor without meeting the pass of his quality controller and son, Lachlan, 23, who we’re assured is even more detail focused than the maker himself.

Rob’s daughter, Bella, 20, also plays a part in the business as a designer. While many of the bags on offer in-store are the same designs Rob created when he graduated from the JamFactory (“If it works then you don’t need to reinvent it”), much of what is new is designed by Bella. 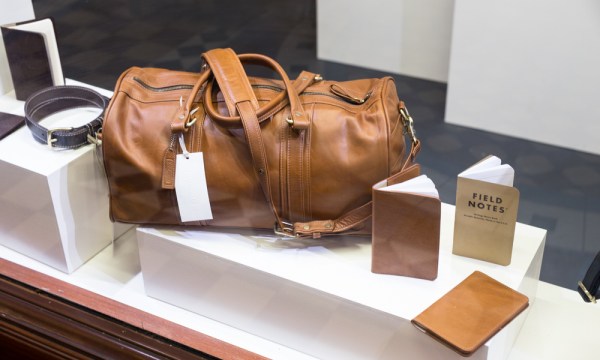 The tried and tested duffle bag.

“There’s something special in walking out of the shop and knowing that your bag was made buy one guy or a team of maybe two people in the middle of Adelaide CBD.” – Rob McRae

“She shows me a sketch she’s done, and says ‘you should make this’. I look at it, interpret it and try and get inside of her head,” says Rob.

Despite how proud he is when he speaks on his children’s enthusiasm for the family business, it’s more of a question than a statement when Rob tells me that his kids’ involvement in the business is what keeps his “stuff” relevant. He seems genuinely surprised that he’s finding success in his return to leather making.

“When I have those moments of doubt and question whether my stuff is okay or not, they say ‘no, no it’s really good,’” says Rob.