Inside Stem Bar and Restaurant

It’s two weeks out from the launch of Stem Bar and Restaurant, the venue opening in the former Caos Café on the corner of Hindley and Register Streets, and CityMag has come back to see the venue in its final form.

There are some pieces still to come together – the windows are obscured and the wine room is yet to be fully stocked – but the Sans-Arc design is almost fully realised.

Back in April the building was a shell, and there are still familiar elements on display, like the rafters of the open-pitched roof and the exposed brick of the western façade, but the rest of the venue is awash with dark timber, concrete, and as many shades of green as you can name.

We are in an era of passionate plant parents, and Stem’s business manager, Jess Wright laughs when we suggest filling the room with greenery must have been a dream task.

“It was nerve-wracking to say the least,” she says.

“People asked, ‘Who did your plants?’ I said, It depends, what do you want to say about them? [But] I think they’ve come up really well.”

Between the shrubbery (sourced from Virginia Nursery and with the help of Emma Sadie Thomson), the main space is segmented into three seating areas – small booths at the front, communal seating in the middle, and a raised platform of slightly more formal seating at the back. 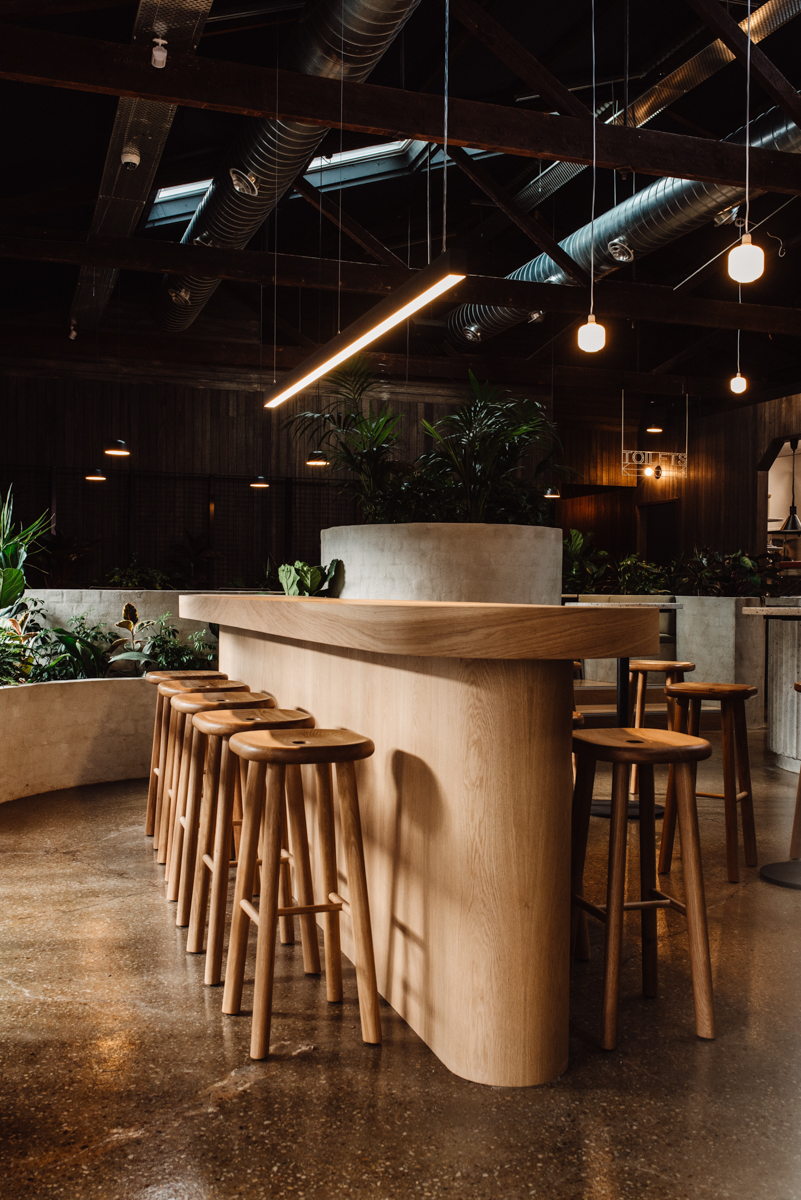 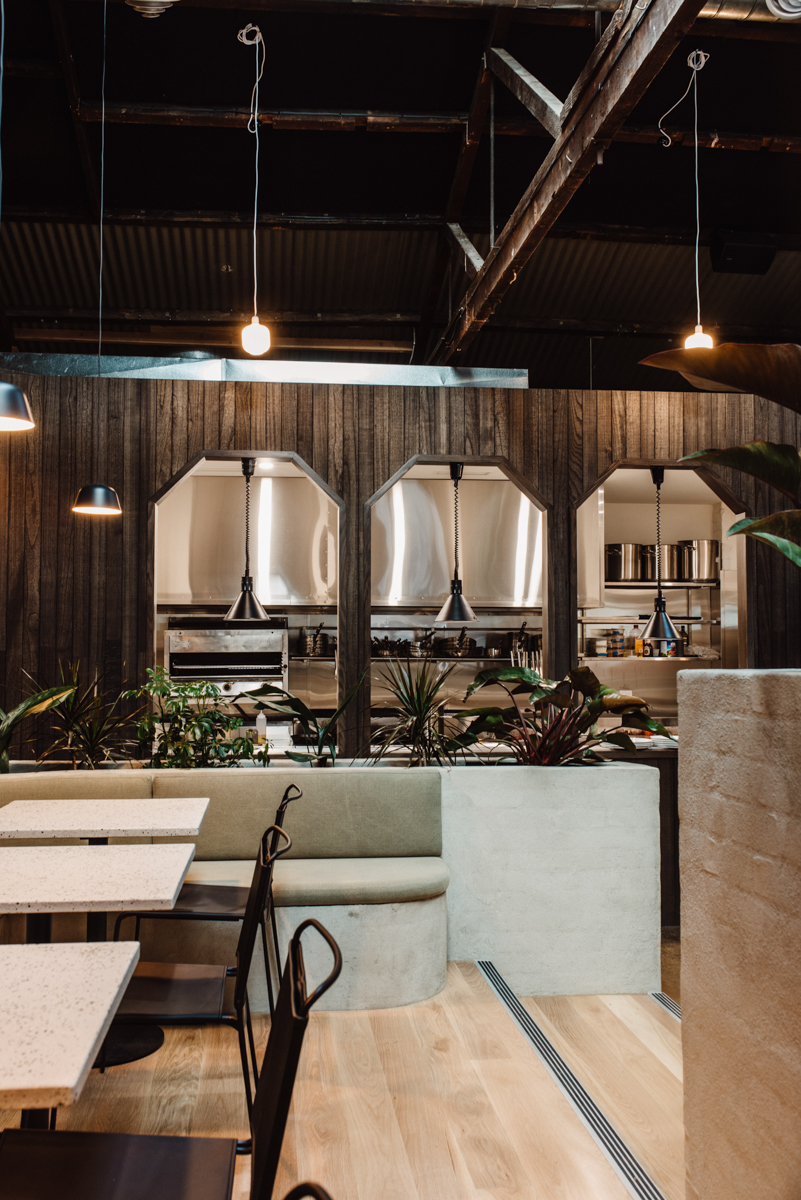 Passing the kitchen takes you to a larger format dining room that will be generally accessible but which the team suggests will be booked out regularly for functions. A mural by Nicole Black adorns the wall opposite to a small adjunct courtyard, currently filled with plants that will eventually fill the Register Street outdoor seating area.

Jess and Chris Farmer, another co-owner, stop to taste the pizza. Chris is emphatic.

“That’s fantastic pizza,” he says. “You have to remind yourself it’s vegan.”

The consensus is that the jackfruit is similar in texture and flavour to chicken – an option for vegans looking to win their meat-eating friends over. 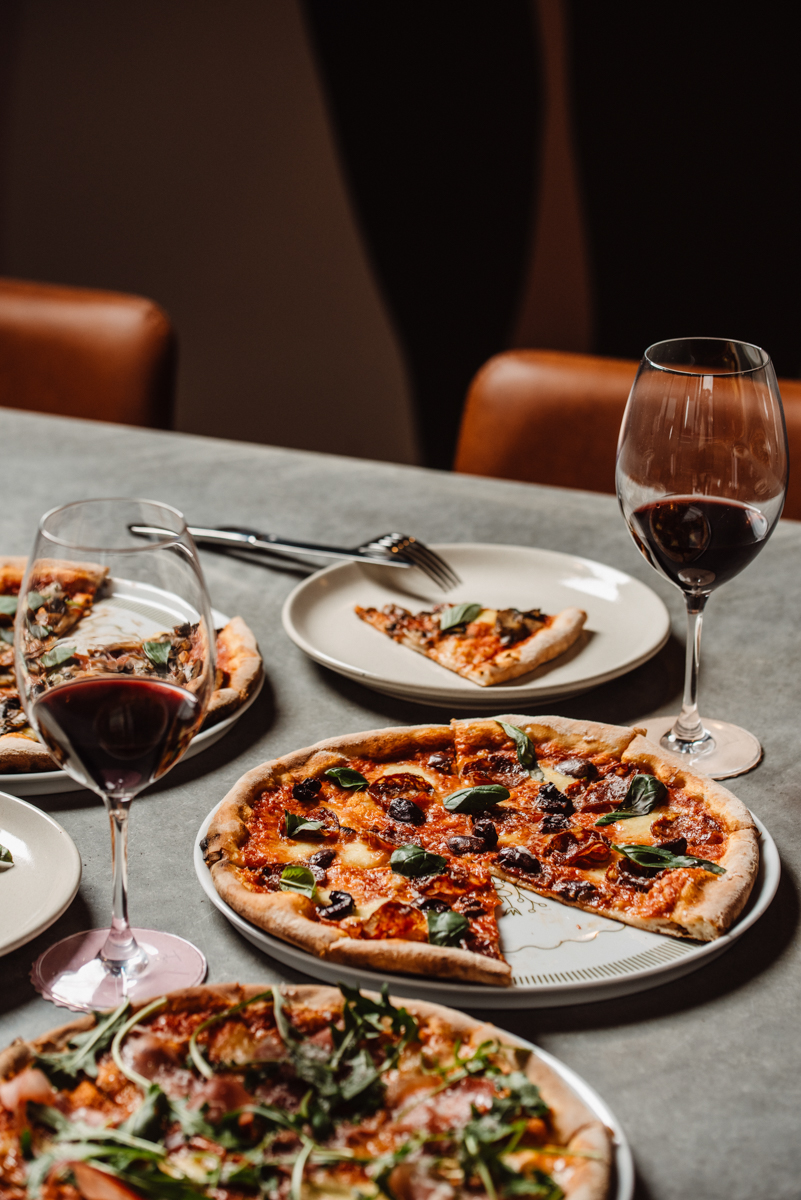 The menu is “leaning Mediterranean,” Mike says, but what’s most important is that it’s fun, delicious, and goes well with wine.

“We’re not restricting ourselves to any cuisine, any nationality of cuisine, even though we do lean Italian with the pizzas and pastas,” Mike says.

”I’m happy for anything to go on the menu so long as it’s wine friendly.”

The menu is designed to share, starting at snacks and working its way up to “more satisfying and hearty” dishes.

The Alforno wood oven will be a predominant feature of the kitchen and the menu.

We enquire about the bar, a Love Concrete work with a corrugated design, poured in one piece. CityMag saw progress through Instagram and could sense Tim Hansford’s excitement about the job.

“He said ‘I want this finished.’ Not for the cost of making it, just to have it done. This was a real challenge for him. We are absolutely delighted by it; it’s a fabulous centrepiece,” Chris says.

From behind the bar, the focus will be wine, and like the food menu, there will be no theme around regionality. 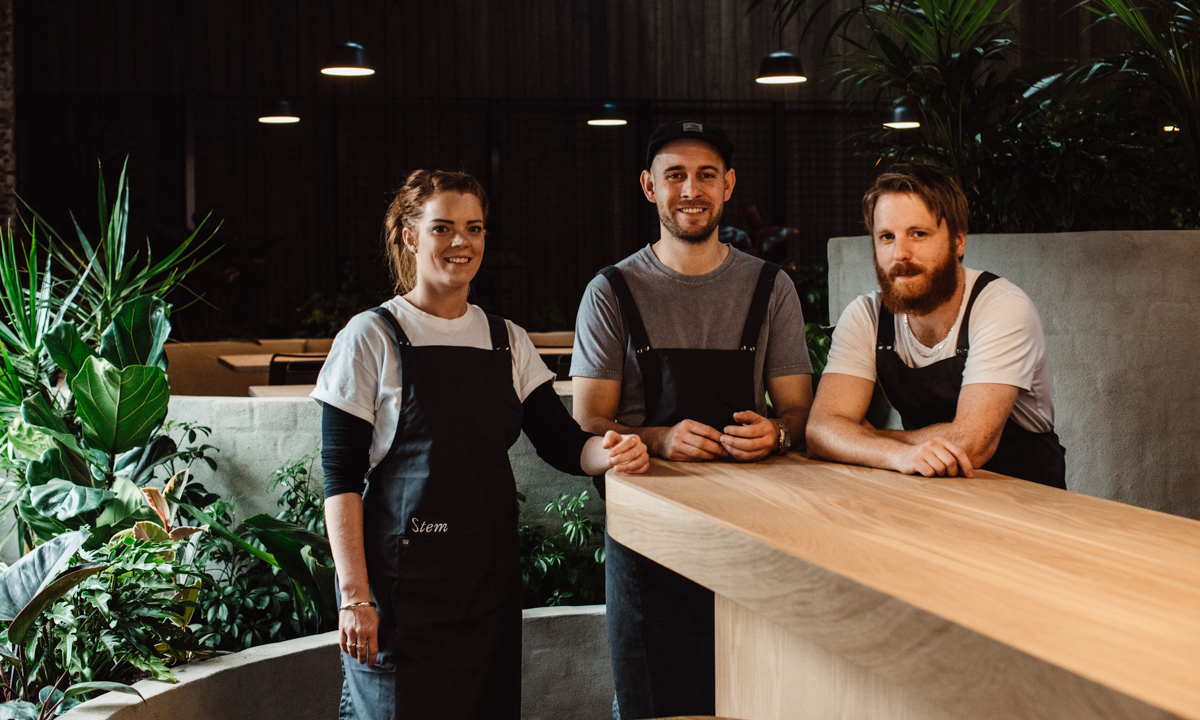 “We’re going to have 20-30 by the glass, and then we’ll have five rockstars on the bar, probably two under Coravin,” says general manager and co-owner Paul Barber.

“And then obviously the wine room, the machinations of that is making sure that people want to go in there, that you don’t feel like you have to check your bank account to go in there.

“The entry-level bottle in the wine room will probably be $5 more expensive than what we have at the bar. Everything by the glass is not going to be cost-prohibitive. We’re trying to find these little gems that we can buy that are not in retail land overly.”

One producer Paul is excited to bring in is Adelaide Hills label Thistledown, which Paul says makes “really interesting wines,” including a 500ml red and white blend called Tabula Rasa.

Stem Bar and Restaurant has 10 independent beer taps, which Paul says will rotate regularly with local, interstate, and international breweries. One tap will be set aside for experimental brews in smaller format kegs, to ensure there’s something new and interesting.

Cocktails will come from Monica Guilhaus, (The Port Admiral, Pink Moon Saloon) and one other yet-to-be-confirmed “seasoned veteran,” and the floor will run under the guidance of Imogen Henning (d’Arenberg’s Cube).

Stem’s launch on Tuesday, 27 August cannot come soon enough for the crew, many of whom have been working on the project for 12 months and more.

“I think the West End’s due to explode,” Mike continues.

“Hindley Street is the most interesting, vibrant street in Adelaide, by far. There’s so much going on.

“ [And] this end of Hindley Street is just beautiful and there’s lots of energy, and we’re looking forward to trading.”

Stem Bar and Restaurant will open Tuesday through Saturday form 11am ‘til late. Keep an eye on the venue’s progress via Facebook and Instagram. 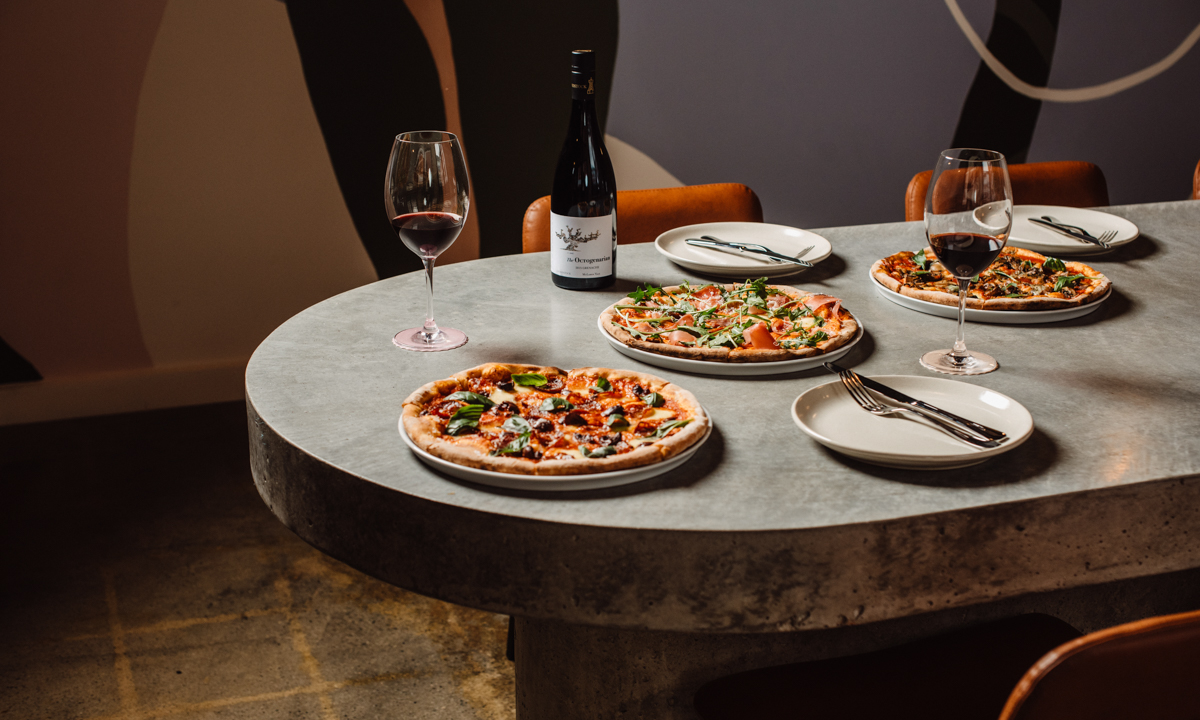