As designs for bars, offices and homes in Adelaide have evolved to reach global standards, a few of the city’s small construction firms have stepped up their skills to match.

Before there was Gondola Gondola, Pink Moon Saloon and Nola, there was a wire fence with a Brojed logo obscuring a construction site. 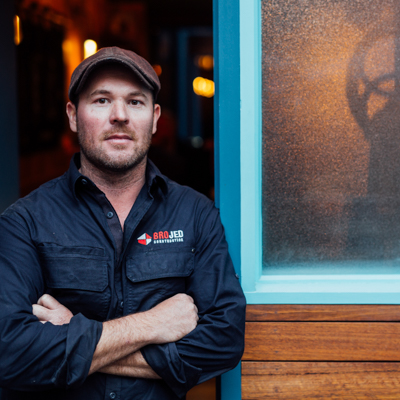 In these projects, you can see that builder Eddie Bevan’s specialty is the finer details.

While not every construction company would so eagerly take on the build of a four-metre wide, cabin-themed bar on a restricted-access city street, spaces like that which became Pink Moon Saloon are where Eddie shines.

“Anything that’s a challenge tends to be where I gravitate towards,” Eddie says.

“These one-off custom projects that are just a little bit different… other people could put them in the too hard basket, whereas I actively source this sort of challenge.”

Eddie’s meticulous approach goes all the way back to his apprenticeship. There, the combination of working in a regional town for a small building company and being trained by a builder with a traditional approach (nail guns are for cheats), meant that he picked up values that would eventually help him become part of Adelaide’s design renaissance.

After completing a residential project for Matiya Marovic’s (of Sans-Arc Studio) mum, Eddie received a call that switched Brojed’s focus from residential to the city’s burgeoning small bar scene.

“At the time [Matiya] needed someone to build Gondola on the corner, and he said ‘I know you do architectural work, this is a bit different, is it something you’d be interested in?’” Eddie says.

“I just sort of jumped at the chance.” 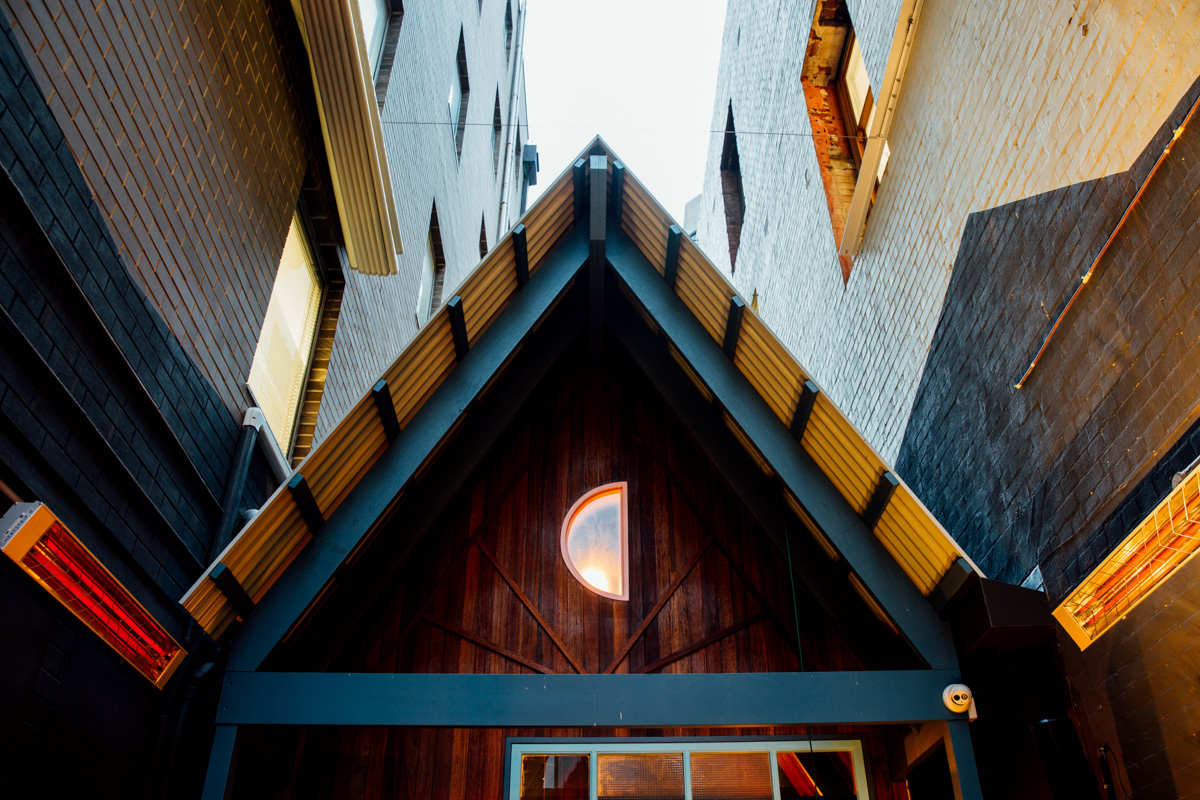 Even with all of the attention that Pink Moon has garnered, the restaurant on the corner of Peel and Hindley is still one of Eddie’s favourite builds.

“Gondola Gondola… being the first, and the use of recycled materials in that project, and being able to showcase our carpentry skills in the variety of different carpentry on that project, I really have a soft spot for that one,” he says.

Consisting of only Eddie and three others, with subcontractors brought in on larger projects, staying small is part of the Brojed business plan.

“We’re cost-effective because I don’t have large overheads – I don’t have secretaries, project managers, and things like that,” Eddie says.

“[And] because I’m on tools… there’s no communication breakdown between the architect and the worker. He tells me what he wants, and I’m the one who builds it.”

On a job as complex as Pink Moon, the relationship between builder and designer is hugely important.

“The only way to do it is collaborative, together,” Eddie says.

“The hardest part is trying to get their ideas and the vision they had for it out, and the only way to do that is literally just side-by-side, [which] is what we’ve been doing, me and Matiya.” 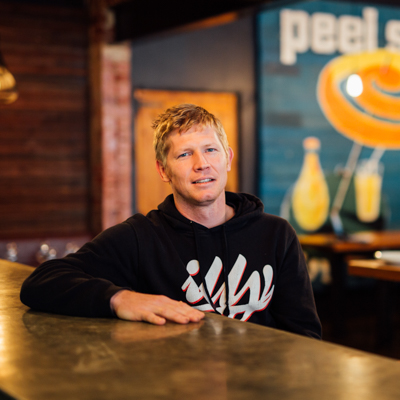 “I actually studied building design, so I never intended to get into flooring, but it’s something I fell into,” says Tim Hansford, owner of Love Concrete.

It may not have been intentional, but Tim had the right medium at the right time.

What started as a concrete benchtop at home quickly spread throughout the city, with Tim’s work appearing in Peel St, La Moka, BNKR, Osteria Oggi, Clever Little Tailor, Pink Moon Saloon, and a bevy of others. 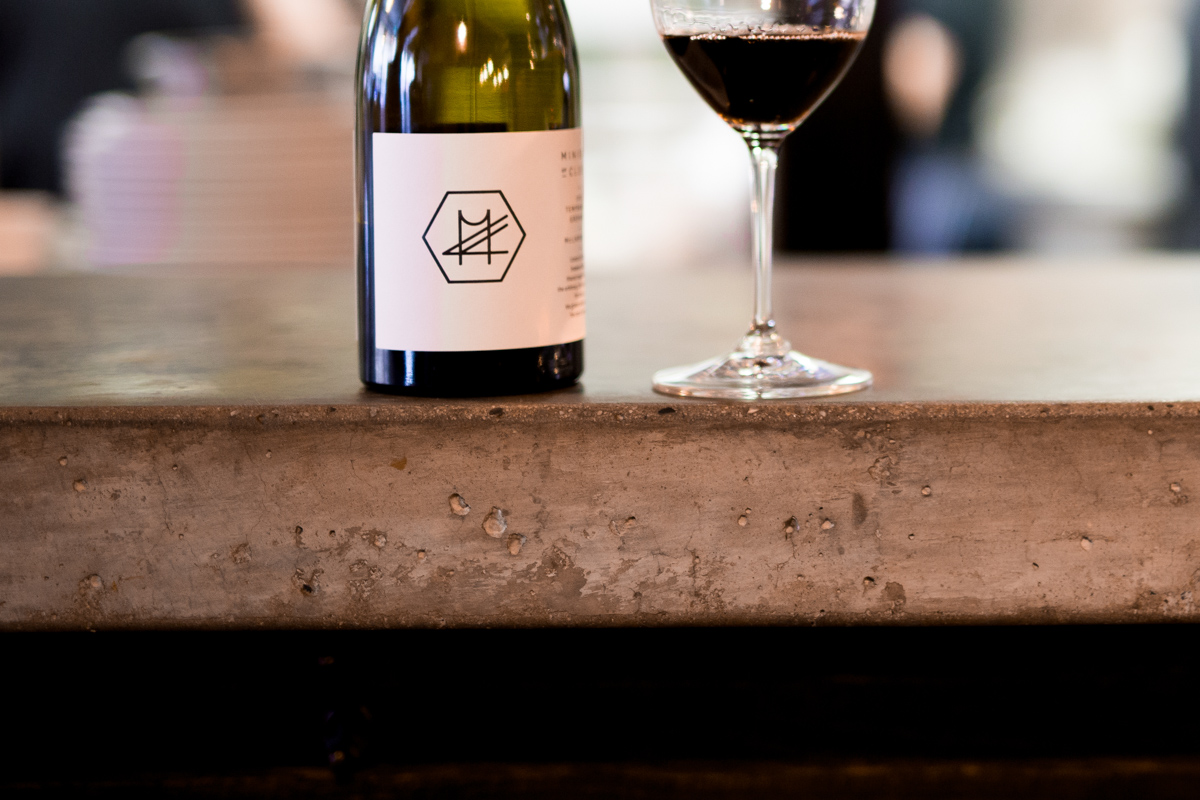 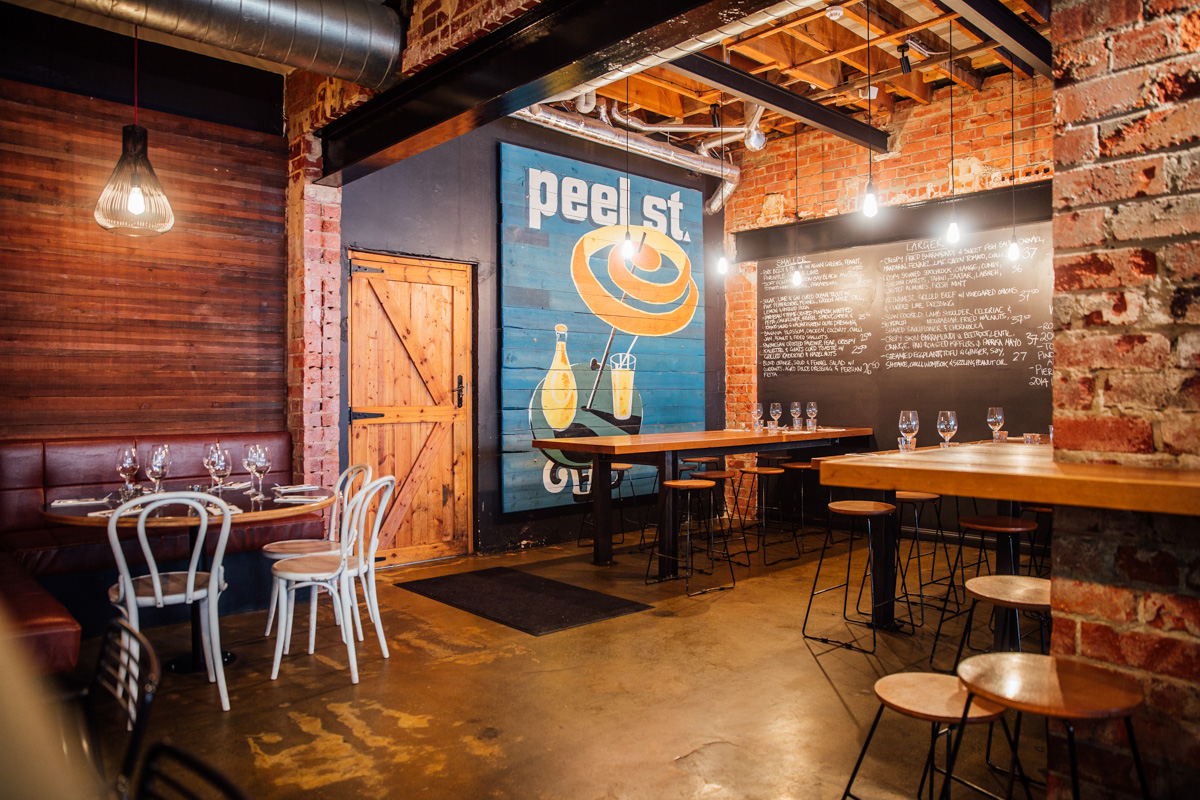 …and they were also responsible for pouring the floor.

The appeal of the material, Tim says, is the permanency that concrete implies, juxtaposing Adelaide’s preference for spaces with a pop-up aesthetic.

Feeding his appetite for design, Tim has often made custom furniture to accompany his benchtops, a side of his business he plans to expand as he works towards releasing a range of furniture for anyone looking to incorporate a little of their favourite bar or restaurant into their home.

Armed with an office full of architecture degrees, Contech is more than your standard construction company – they see themselves more as a design firm with a construction arm. 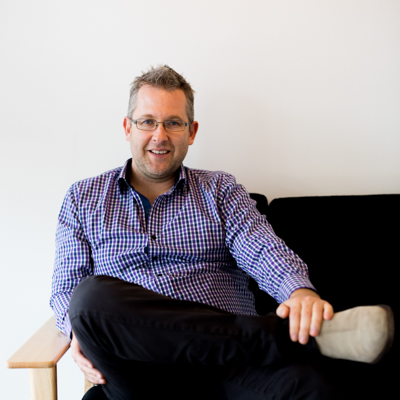 Contech’s inaugural project was owner Ben Klingberg’s parent’s shack in the Yorke Peninsula, which attracted the attention of Houses magazine. As the business has grown, so has their specialty mix, and they’ve recently come to be the preferred partner of serial venue creators, Studio Gram. 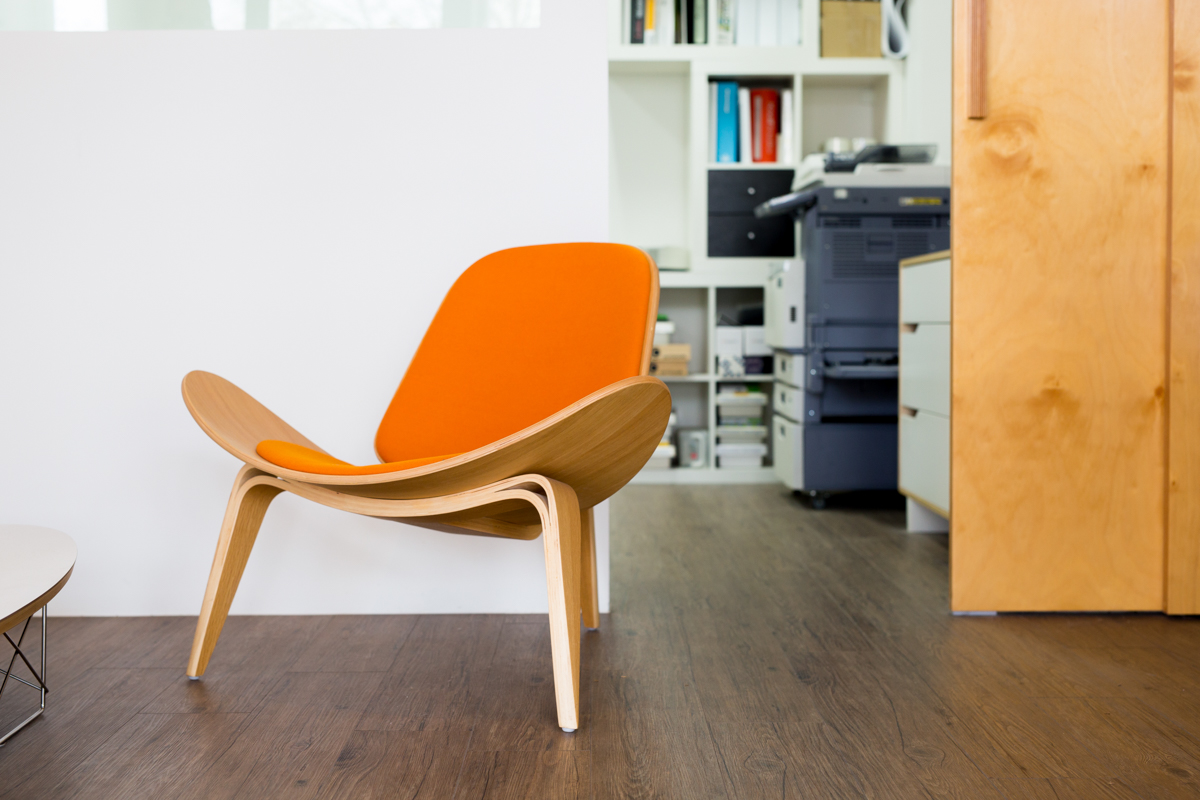 Though they’ve built medical clinics at SAHMRI and work on residential projects too, the area Contech approaches with the most passion is where they get to work with other designers; builds such as Africola, Abbots and Kinney and Level One.

“[Africola] was a unique experience in the way that we weren’t really working off plans,” Ben says.

“You’d have James from Mash come in and give you an image and say ‘build that,’ you know?

“It was a challenge and it was great.”