“Adelaide-born” and Victoria-based beer label Youngblood has followed up its launch lager with an “homage” to founder Steve Coombe’s home state of South Australia.

Launching Youngblood with a lager was a deliberate choice by Steve to enter the independent beer market with a style not traditionally associated with craft beer.

Youngblood Crystal Ale is available in all good beer stores now.
Ask your local to get it in stock.

With his follow-up brew, called Crystal Ale, he wanted to draw influence, literally, from SA.

“It had to be something that resonated, and the obvious answer was the beach,” Steve says.

“That’s one of the biggest things I miss about South Australia, is I think it’s a very hidden treasure back home. So it was, how can we incorporate that into the product?

“It became crystal rock salt, the South Australian Bight… It was about a year in the works, we got it right, and here we are.”

While still an effervescent experience on the palate, the additional salt brings a deeper umami character to the beer that makes it equally suitable as a refreshing summer thirst-quencher or a winter comforter, particularly for those who aren’t into heavier beer styles.

“Once you first sip it, it’s got this really creamy mouth-coating feel, with slightly bitter hop taste,” Steve says.

“And then that after taste is a very moreish, crystal rock salt finish, which, it’s kind of like a quench that makes you want to take another sip.

“So it’s a unique paradox that we’ve created with the product.” 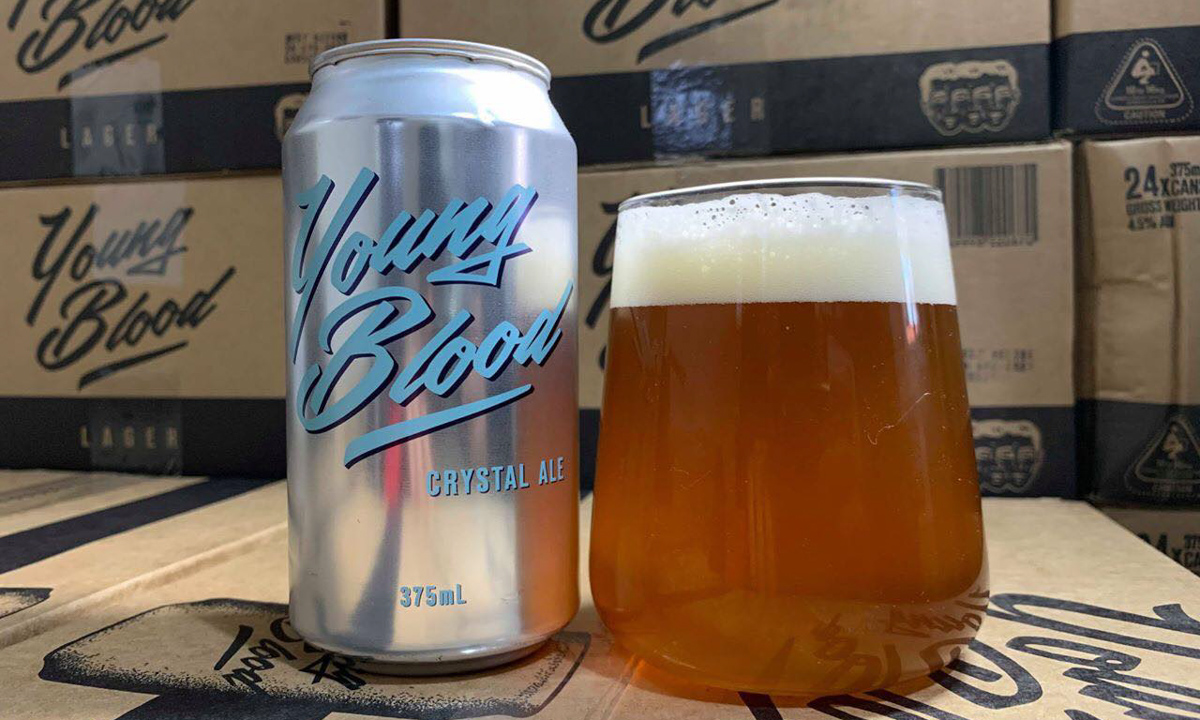 The beer makes use of crystal malt, as well as Motueka and Magnum hops, which give a light aroma from the cracking of the can, but are most felt in the beer’s punchy bitterness.

Because Steve is a South Australian expatriate, and because the beer so heavily references our state, Youngblood launched Crystal Ale in the Adelaide market first, but the beer is also now available here and throughout Victoria.

“In terms of traction, it’s actually really, really been a joy to see how it’s moving really well,” he says.

“And we will be expanding to other states in the coming months.”

Youngblood’s Crystal Ale sits at 5.3% ABV, making it a sessionable rendition of a winter beer, should you be looking for such an option.

Find the beer at all good bottle shops and booze outlets, and if your favourite doesn’t have it in stock, be sure to give ‘em what for (meaning a polite email).