Youngblood Beer reckons summer should be kept simple, like sand on beaches and beer on ice. Meet the Adelaide-born, Melbourne brewed beer that’s coming home with a clean, crisp and lager-led taste for the hot months ahead.

Steve Coombe is an Adelaide expat with a long and winding road into the beer industry.

At just 29 years of age, Steve’s ticking the box for ‘ambitious,’ but when we caught up with him for a drink at BRKLYN recently, we got to understand the drive behind Youngblood Beer. 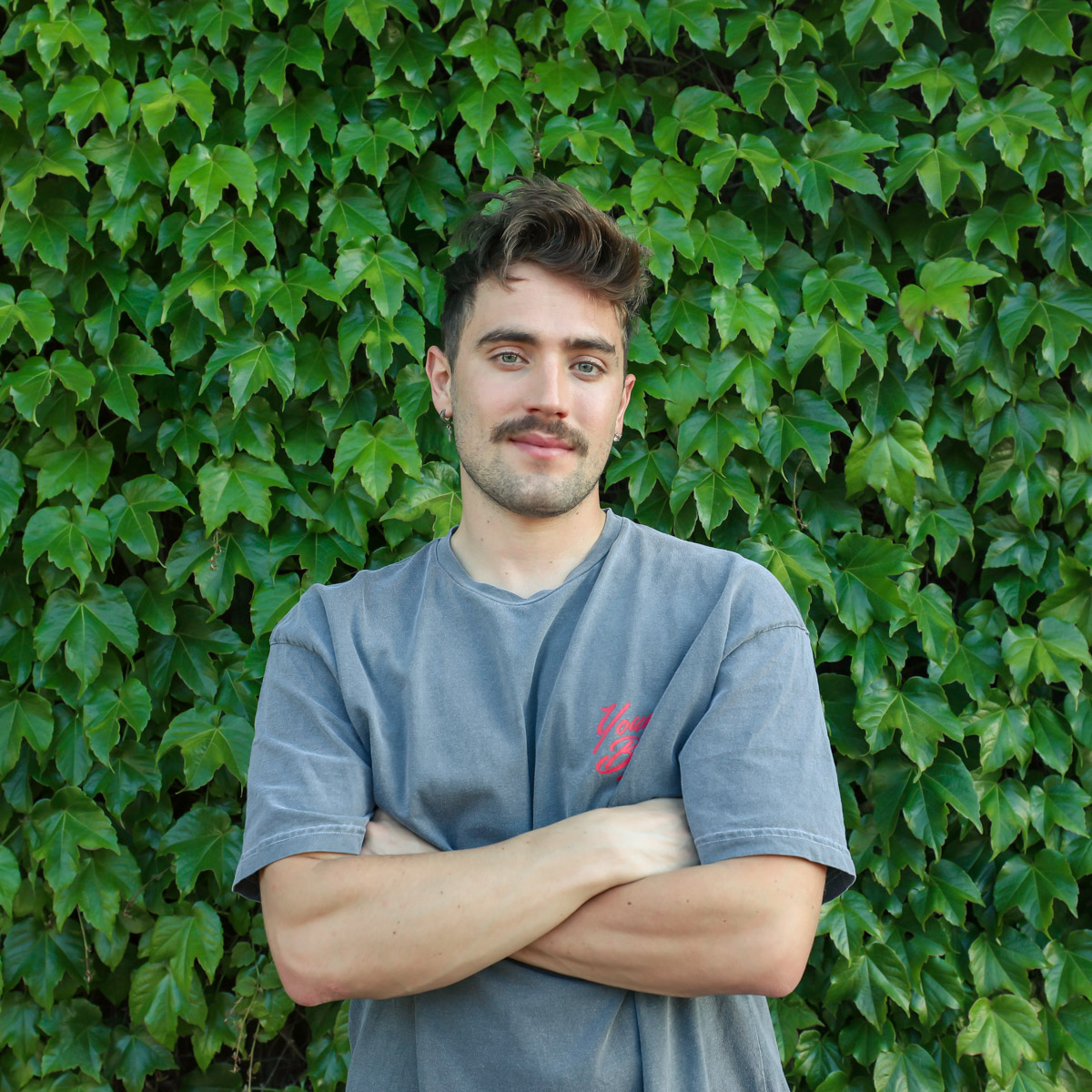 CityMag: When did you create Youngblood?
Steve Coombe:  Having my own beer was always something I wanted to do, as I just love beer. Youngblood was created late 2017, if we go into the research and development phase. There was so much work that went into getting the beer sorted: trademarks, company structures, barcodes, cans, recipe development, contract brewers. It was a long process to get to our first brew at the start of this year.

Like half of Adelaide we know, you jumped ship to Melbourne, and yet we see you back in Adelaide flogging your beer quite regularly. What’s the deal?
I’m born-and-raised an Adelaide boy. I grew up around the beach, and briefly moved to Sydney for a few years when I was young for Dad’s job.

I did Uni split between the old Magill campus and City West, and studied marketing, branding, and minored in photography. I Worked Hospo as a bartender from 18-25 (Marble Bar days! Then the Franklin Hotel) as well as retail (Adidas Originals in the mall – OG). But I found it hard to get a marketing role locally, as I bounced around doing strange jobs here and there. I’ve done big corporate jobs as well as start-ups since.

I moved to Melbourne at the end of 2017 for a role and started spreading my roots around there trying to earn my stripes. I’ve done freelance photography for a few years also, and a couple of my images for Rundle Street East actually featured in CityMag back in the day.

What did you most want to achieve by launching Young Blood?
Beer is a community thing for me – you have beers with someone, and you feel more comfortable. I grew up with a Hungarian background, which was big on that. It’s like that thing you do with someone new (like coffee) and how you celebrate and salute being together.

Beer is also such a creative industry in itself; I just fell in love with making my own beers and using different ingredients and experimenting in the comfort of a garage. It’s science, and it’s complex, especially with Lager. We take the process seriously, but not enough to stop having fun.

Youngblood is made to be enjoyed, and encourage creative aspirations and conversations. I wanted the beer to be an ingredient in the room, nothing more.

What’s your favourite beach in Adelaide – what about the whole state?
Somerton, for sure. That was my local. I love Normanville if I’m getting away for a week.

What’s one thing that’s better about Adelaide summer than Melbourne Summer?
The consistent sunshine (laughs). Both are great, but Adelaide wins across summer just from that. Eight hours down the road, yet the weather isn’t even close.

When you’re back – and that’s regularly – what do you crave?
Oh man, I’ve got a hit list. Staples have to be the beef ragu at Amalfi, Hungarian Goulash Pie and Sprinkled Donut at Vili’s, beers at Clever Little Tailor, the Central Market, West Beach for a skate if I can scrounge a board, Dumpling King, BRKLYN, Motherlode Nuggeteria, when it’s on – Open Mic night at the Cranker to see my good friend Claybrin [McMath] do standup, and mum’s home cooked meals.

CityMag  also spoke with some local professional beer pourers about why they’re stocking Youngblood in their venues:

“This is the beer to drink when you don’t want to discuss the beer you’re drinking. A good, clean, crisp lager.” 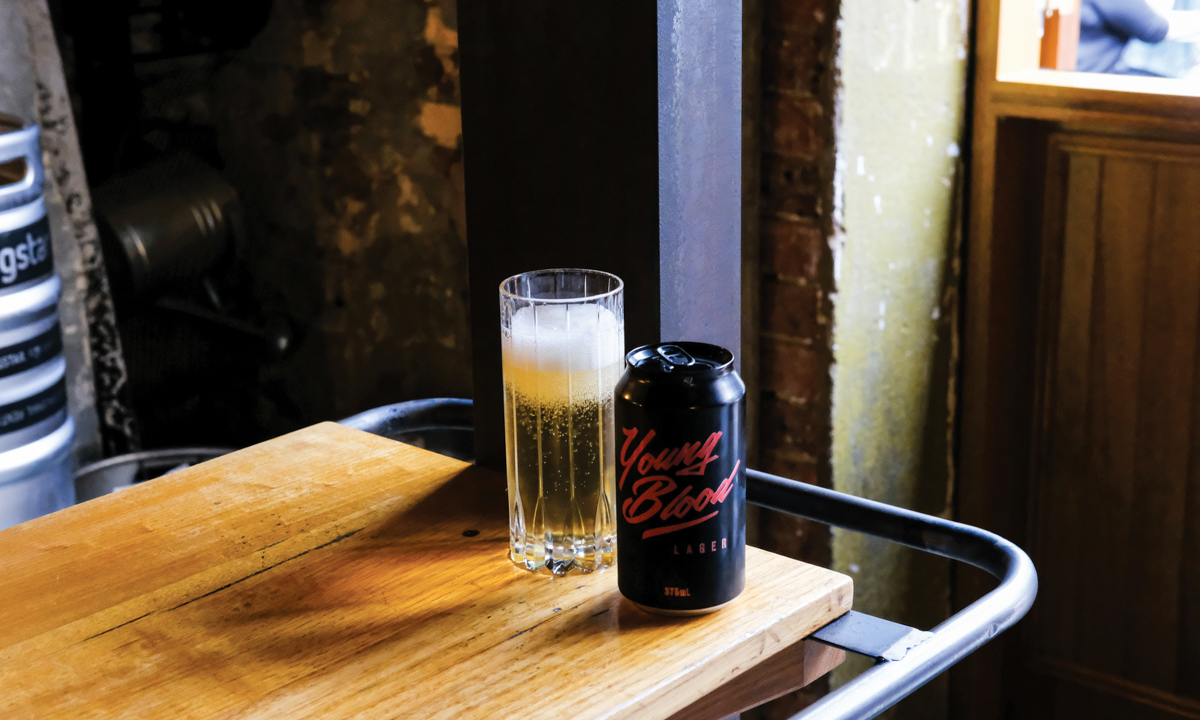 “We’ve noticed a move away from overly hoppy and heavy beers…and a lot more people asking for lighter styles especially in this weather. We sell Young Blood as a super crisp and sessionable lager, that goes down well and leaves you craving another, best enjoyed with a group of mates.” 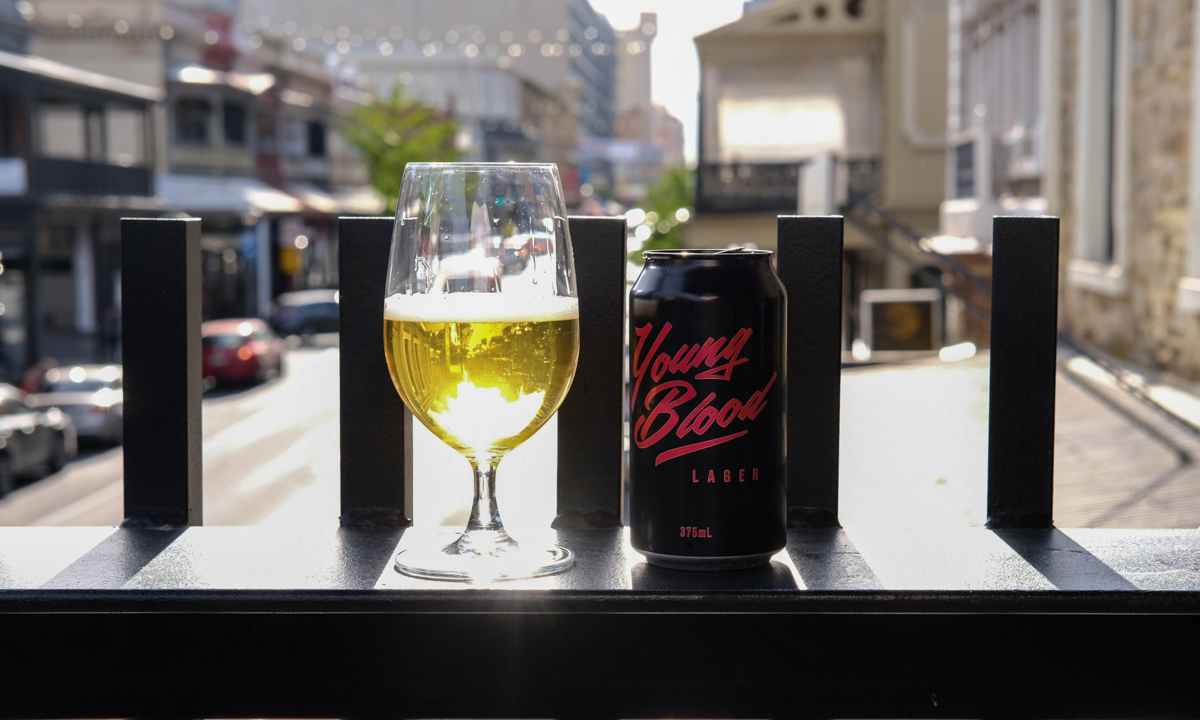 “Apart from a super stylish can, it’s aptly just a lager drinker’s lager. Fresh, crispy and easy on the tastebuds.” 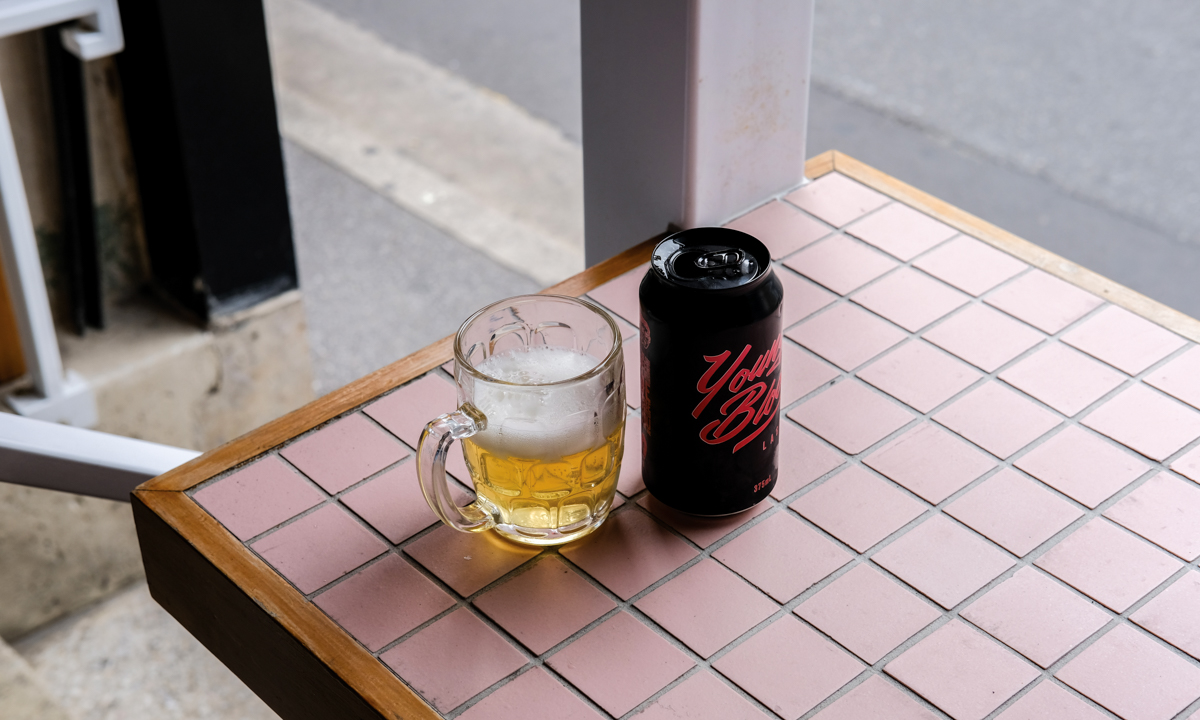