The chef-led breakfast pop-up series Toast is returning to LOC with a new roster of special guests and this time opting for a longer lunch experience. 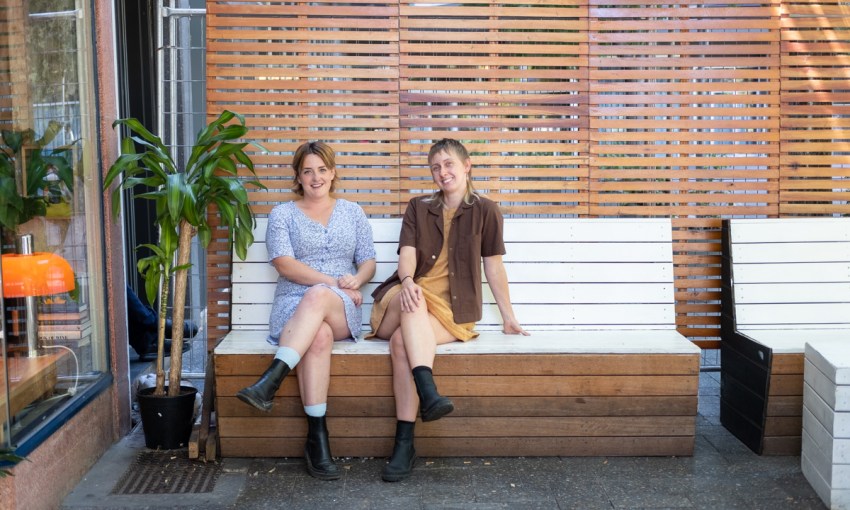 Starting on Sunday, 6 March, the series will open with former Shōbōsho chef Joel Baylon (now Melbourne-based), who will cook hispi cabbage with nori and sunflower as the main dish, alongside a selection of snackier sides.

Toast launched last year as a breakfast series, which Kate designed to platform Adelaide female chefs and food from cultures underrepresented in the local brunch repertoire.

“We were trying to explore the idea of eating different things for breakfast, not just… [having] eggs on toast or whatever and a coffee,” she says.

While the series attracted the likes of notable Adelaide chef Emma McCaskill, who designed a menu drawing from her Indian heritage, Kate also hoped to raise the profile of lesser-known names from the local food scene, including Jenny Kim from Golden Boy and Lauren Southwell from Africola.

“Just people that you don’t hear about every single day, you know?” Kate says.

With Toast’s 2022 return comes a slightly amended concept. This time around, the series will happen later in the day, beginning from midday, and guests will be offered a main dish and their choice of one of four snacks, plus dessert and a glass of wine. Extra side dishes can be added at additional cost.

“We’re just trying to make it a little bit more casual, give people a bit more of a choice about what they eat. Make it a bit more inclusive that way,” Kate says. “[And] we want to encourage people to hang out longer.”

Olivia will select wines to accompany Joel’s food. She says the weather forecast on the day will influence her final decision, but the two options included in the ticket price will be “European – either a white and an amber… or a light red”.

“We’re going to have heaps of Aussie wines to purchase by the glass, too,” Olivia says. “So I thought [it would be good] to showcase some fun things from overseas.”

The series will continue from 6 March in an “ad-hoc” fashion, Kate laughs. She learned not to plan too far in advance, given the last series was disrupted by waxing and waning hospitality restrictions. But discussions about future sessions have started with the team from The Summertown Aristologist and chef collective Familiar.

Tickets to Toast with Joel Baylon are available now via Eventbrite.

For updates on future events, stay tuned to LOC’s Instagram.