Lockdowns are never convenient for small hospitality businesses, especially those still in the early days of establishing themselves. CityMag speaks with Soi 38, CARŌclub and Spellmans' Social about launching new venues into a lockdown void. 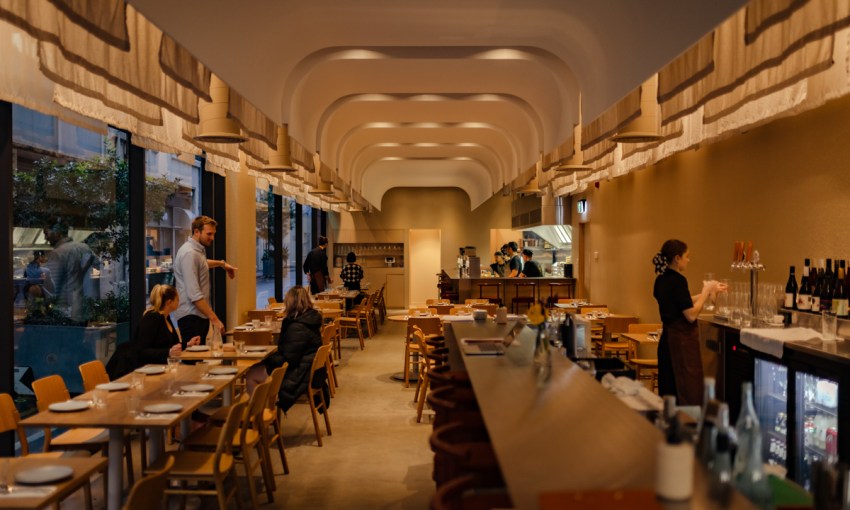 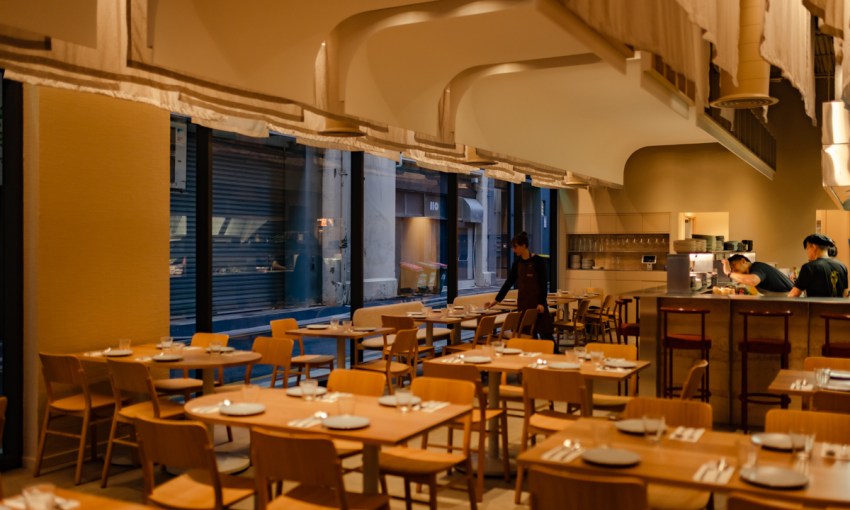 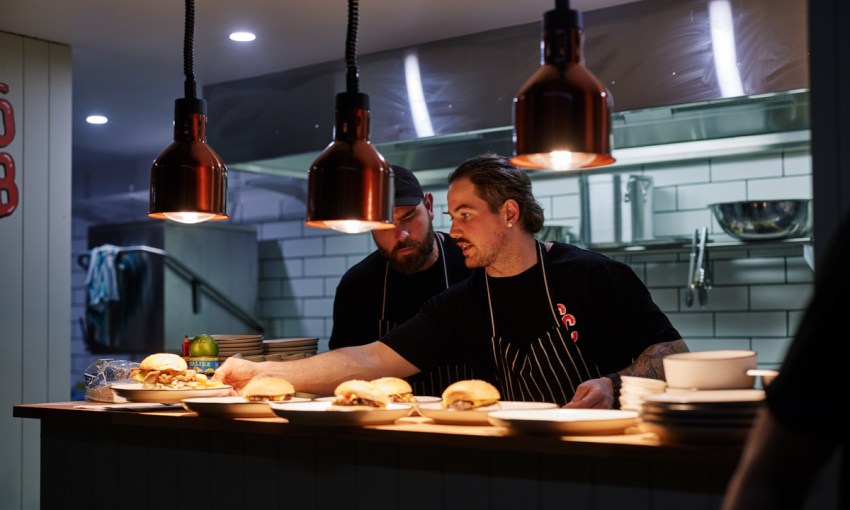 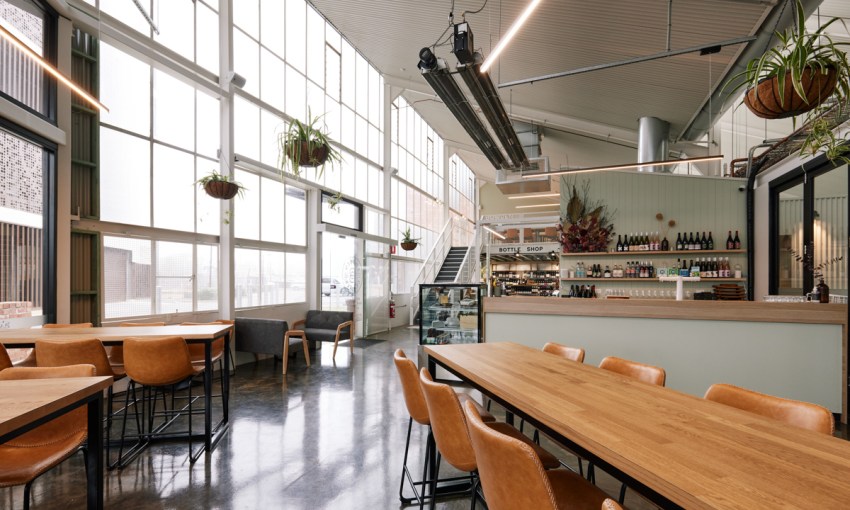 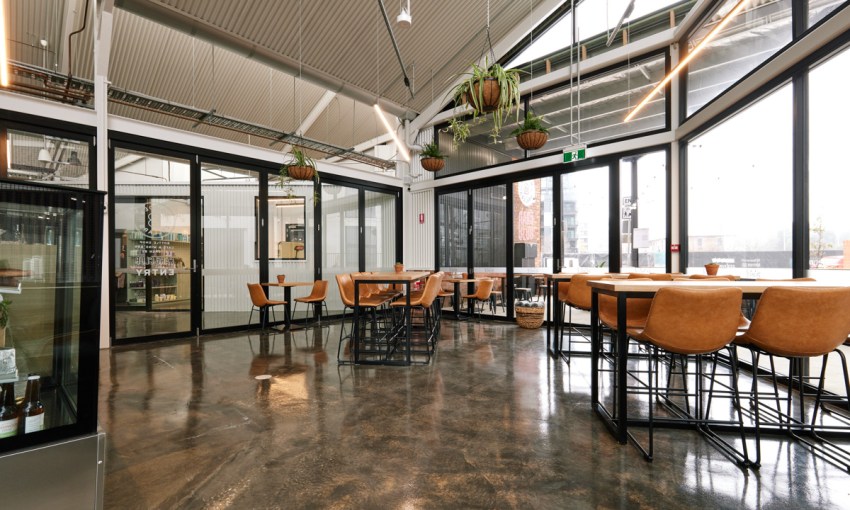 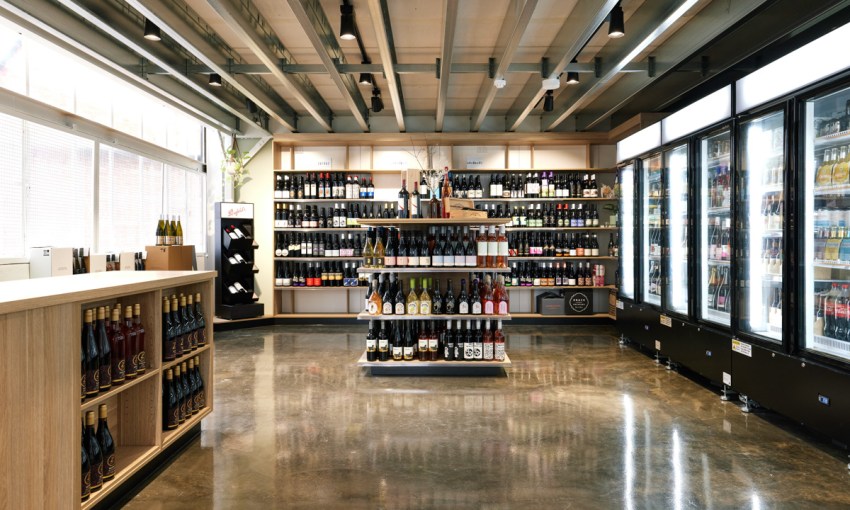 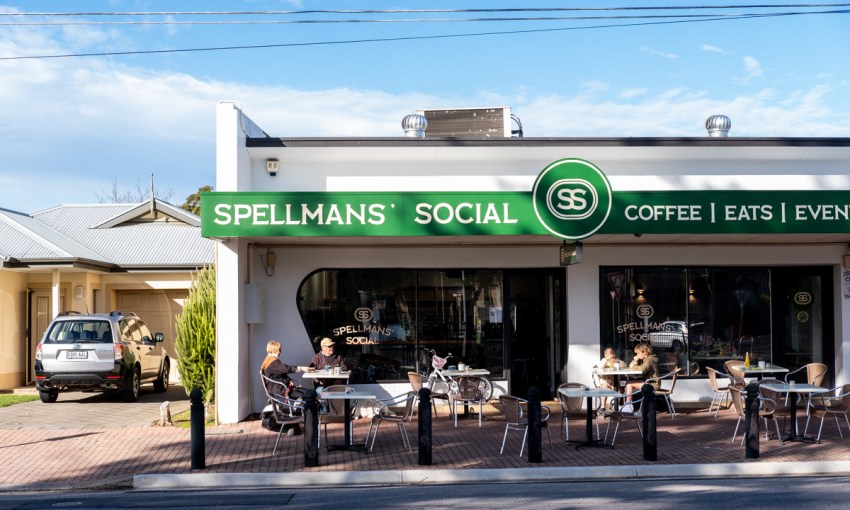 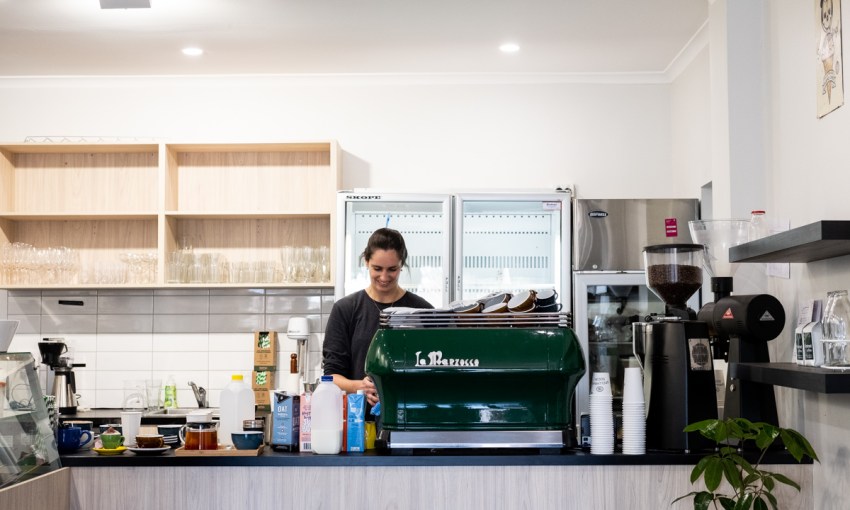 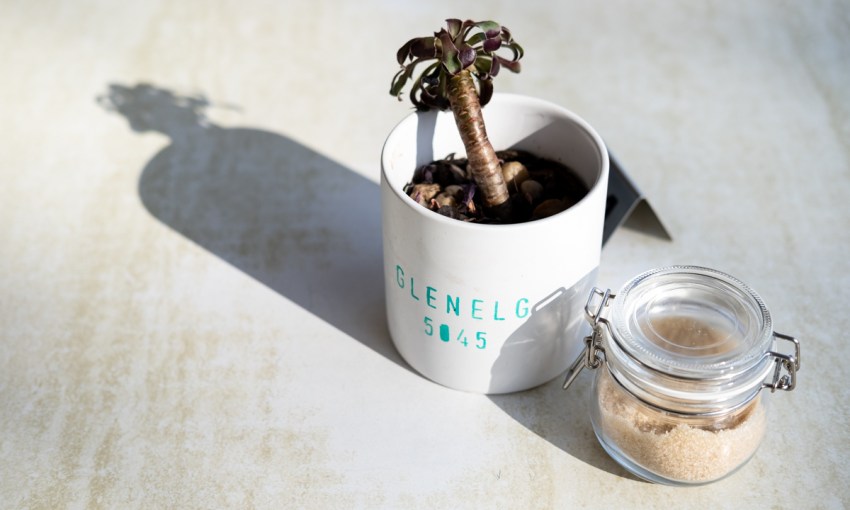 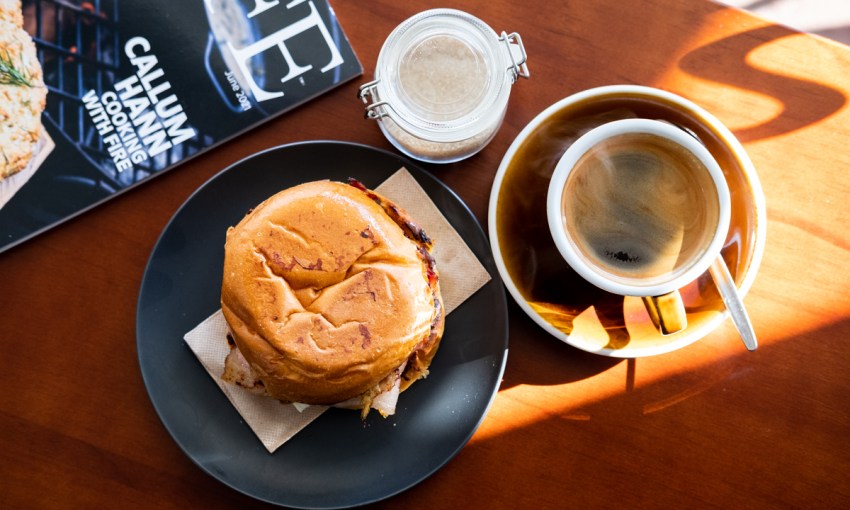 On Friday night last week, Daisy Miller sat at a table inside Soi 38’s new Pirie Street restaurant with a group of colleagues.

As diners chatted over clattering plates and glasses, Daisy, who founded Soi 38 with her husband, Terry Intarakhamhaeng, felt an incredible warmth in the space, which was originally intended to open in January this year.

Sitting with members of the team she works with for South Australian politician Lucy Hood, this was the first time Daisy had ever been a customer in her own restaurant.

“That was nice. I had a great time,” she laughs.

“It was really warm and just peaceful. It’s a really beautiful space.

“I knew it would be a beautiful space, because I had faith in the team that was designing it, but I just didn’t think it would feel quite so beautiful.” 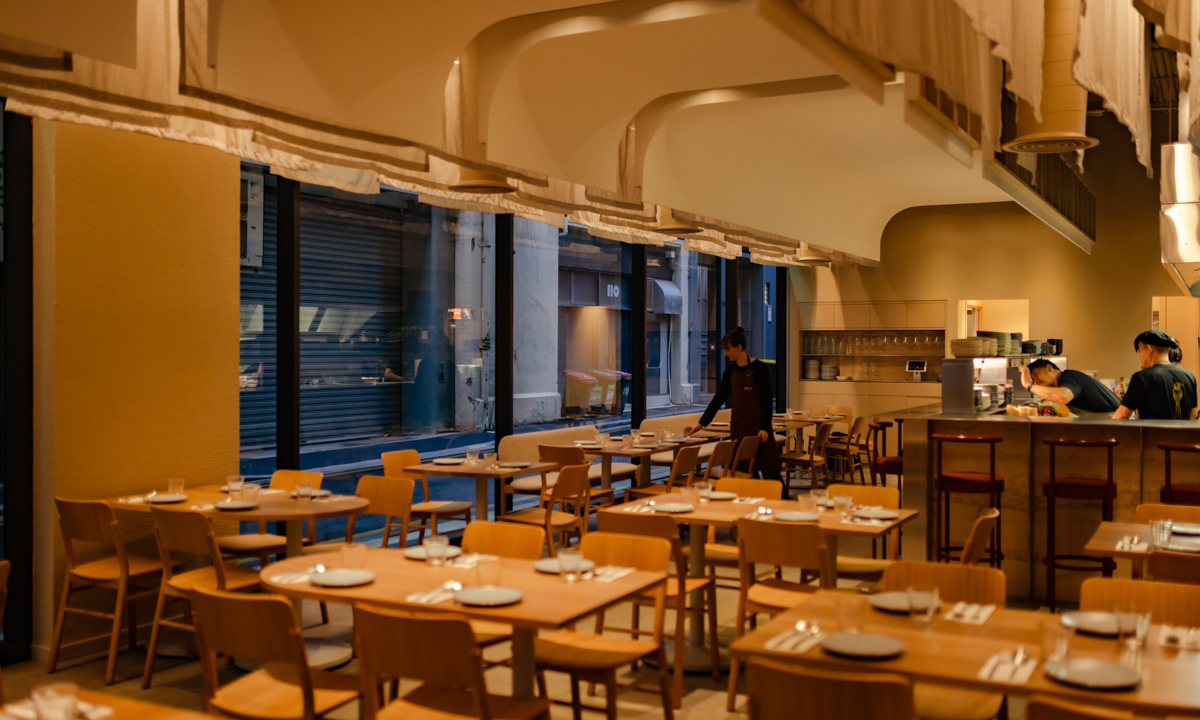 The new Soi 38 on Pirie Street

The restaurant team took Saturday and Sunday off to regroup and reflect on their experience operating the new location, preparing for the bookings they had for the week ahead.

Monday brought the first hurdle — a 50 per cent capacity cap.

On this, Daisy took an optimistic view.

“We were [prepared to trade], and it was kind of nice,” she says.

“As well as our old team who have been with us for ages, we’ve also got a bunch of new casuals, so the idea [was] they could get used to [the space].

“And for the kitchen team as well… We’ve got a new cool room, new prep areas, new layout of the kitchen… We tried to see it as a silver lining as everybody trying to learn how to walk before they could run.”

The following day brought new restrictions: at first, strictly outdoor dining only, then, by 6pm, the state entered lockdown.

After seven months of delays and the costly process of fitting out the new restaurant, Daisy and her business partners were forced to close it.

Daisy had stepped back from the daily operations of the restaurant last year to re-enter her career in politics precisely because of moments like these.

“After the experience of COVID last year [with] both Terry and myself, a single household, taking small wages out of the business we owned that was constantly susceptible to lockdown, I decided to look for work outside of our business,” she says.

“I was luckily enough to be able to shift my work out of hospitality… So the experience this time was really different.”

Daisy still felt acutely responsibility for the staff employed within her small business, many of whom were new hires.

“I knew that our family was secure, I have an income, I can work from home this time, but I’m aware that for my staff, that’s not the case,” she says.

“And because we’re on the other side of JobKeeper – and at that point there wasn’t much announced about how support for casual staff would work – and because we’d just opened the restaurant, there’s not like there’s massive reserves in the bank to be able to look after them.”

Federal and State Government support for individuals and businesses has since been announced, but for the time being Daisy and her business partners have opted to keep the restaurant closed.

Soi 38 is one of three new hospitality venues CityMag planned to tell you about this week, each of them now dealing with the same crisis and in similarly crucial moments for the life of their businesses. 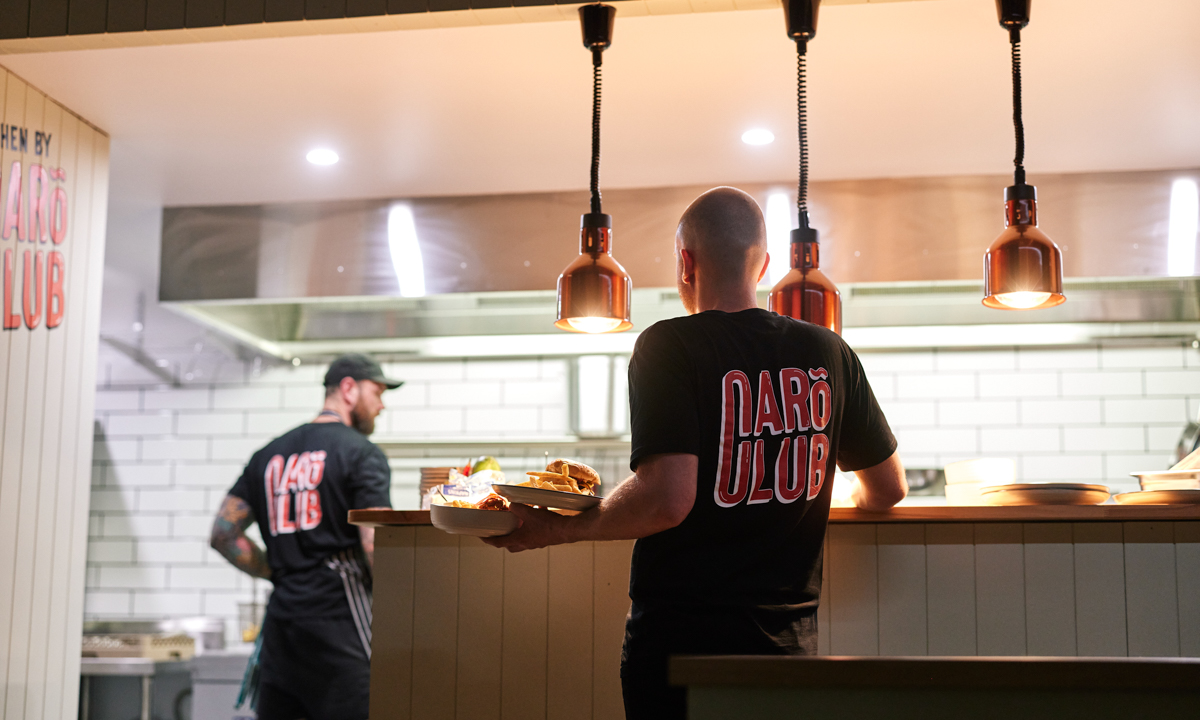 At the pass at CARŌclub’s Bowden shop

In Bowden, CARŌclub managed a couple of weeks trade at the Plant 3 site they share with Bowden Cellars before the lockdown hit.

The business will remain open and offer takeaway food, as well as booze available from within the bottle shop.

This is a far better outcome than founder Tim Atwill experienced in 2020.

“Last year, when we were just a food truck, we lost everything. So for us, I mean, we can still trade takeaway, which is something,” he says.

“But it is a bit of a blow. You know, one week in and we were just firing, and we had a really great start last week, so we were hoping to keep the momentum going.”

CARŌclub held its friends and family night two weeks ago and had its first week of proper trade last week.

The initial response the business received was greater than Tim expected.

“We thought we had a great product in the truck, and we think we have CARŌclub fans, but you don’t really know,” he says.

“So we were a little bit nervous to see if we were actually going to get bums on seats, and I think that’s with any new space.

“We even had one couple that came in for lunch on Wednesday, dinner on Friday, and lunch on Saturday, and then they got takeaway on Sunday… That really confirmed that we could be onto something special here.”

Even the 50 per cent capacity restriction wasn’t much of a blow, given the large footprint of the space, which includes the square-footage of the bottle shop. 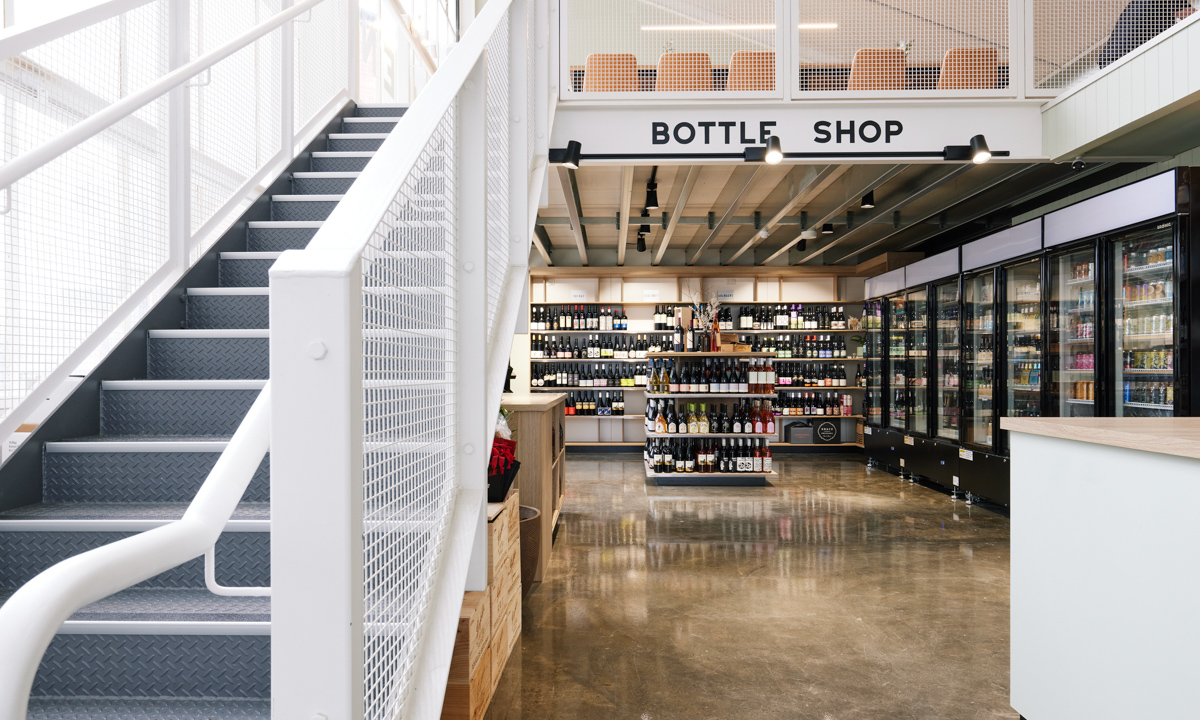 Bowden Cellars is open for browsing

Now operating for takeaway under lockdown conditions though, Tim has had to tell some of his new staff members the business can’t afford to roster them on this week.

For the time being, he and his business partners will be cooking in the kitchen to an audience of empty seats.

“It’s been awesome getting to know the community and having chats with customers, having that personal touch, whereas now there’s going to be the weird vibe of masks on, passing bags over,” he says.

“We’ll feel a little bit lost in there. It’s quite a big area to just be hanging out with one other chef.”

In addition to the Bowden space, Tim had planned for the CARŌclub food truck to remain part of the business – but events are experiencing a similar hit once again.

“We’ve already had an event this weekend that’s had to be postponed, and an event next weekend wants to postpone. So not only are we losing income from Plant 3, but the truck income is, again, disappearing quite quickly,” Tim says.

“It definitely puts a bit of pressure on us financially. I think these snap lockdowns are something to be scared of, especially being a new business.

“Any new business is quite costly at the start, and you want to start recouping those costs as soon as you can.

“For this to happen one week in, it’s definitely got us on edge a little bit.” 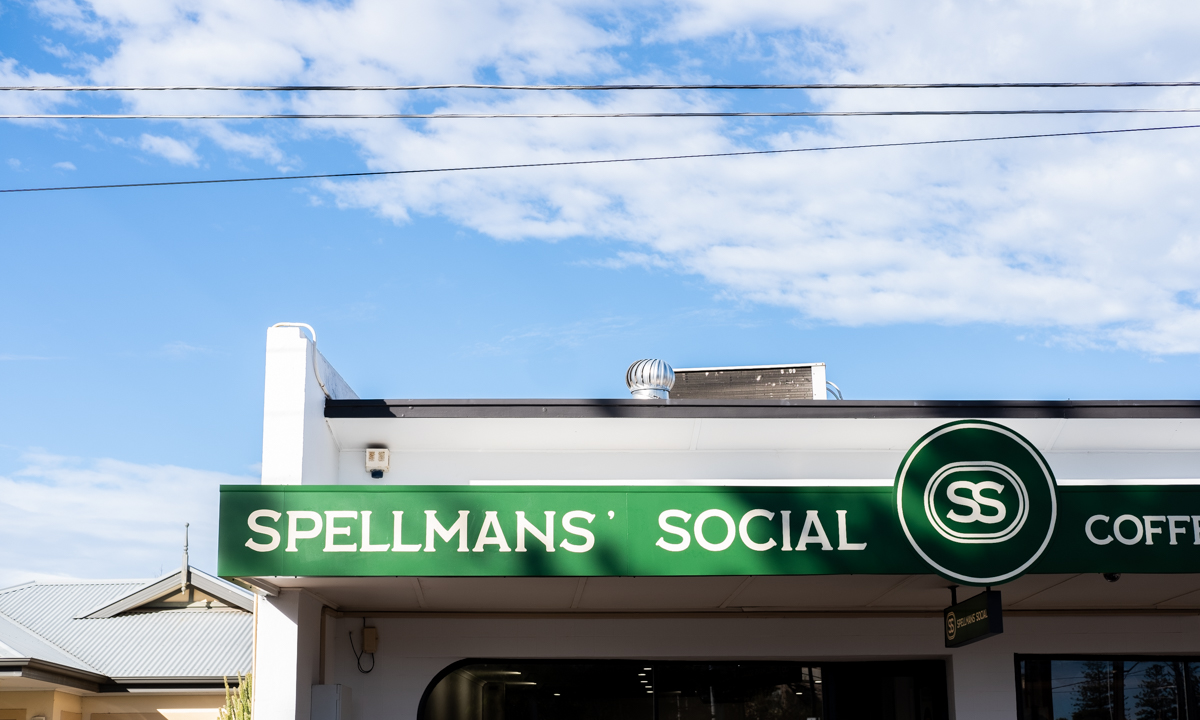 Spellmans’ Social is named for its sibling founders, with graphic identity by Sky Fonudry

In Glenelg East, siblings Ryan and Emily Spellman have been operating Spellmans’ Social on Maxwell Terrace since the beginning of the month.

They were employees of the previous business in the space, Stir It Up Café, before taking on the tenancy when the owner, who also operates the property next door, decided to shut the hospitality offering.

The Spellmans made fast friends with their new shop in the relatively underserved Glenelg East locale.

“There was a lot of excitement that we were here,” Emily says.

Spellmans’ Social opened quietly on 6 July, working towards a full launch, including a newly developed nighttime offering, which they celebrated on Saturday, 17 July.

By Wednesday morning, their planned roster of Friday night events was placed on hold and the siblings were instead trying to figure out how best to make use of the produce they had on hand.

“We’ll look at opening from 8am ‘til 4pm for the moment,” Ryan says.

“It’s obviously just Emily and myself, so we’ll just chip away here and see what sort of traffic we get.

“We’ll do coffees, and you can’t really freeze fruit and veg’ and whatnot, so the juices, and trying to come up with a couple of different lunch options with salad. Obviously not ordering anything else, trying to use up what we’ve got.

“We’ll see where we’re at in the next couple of days, depending on whether we’re getting much traffic through or not, whether it’s worth opening longer or making it shorter, but just taking it day by day.

“It’s not the ideal time to shut shop and sit on your hands. It all sort of adds up. Whatever we can take, we’ll get.” 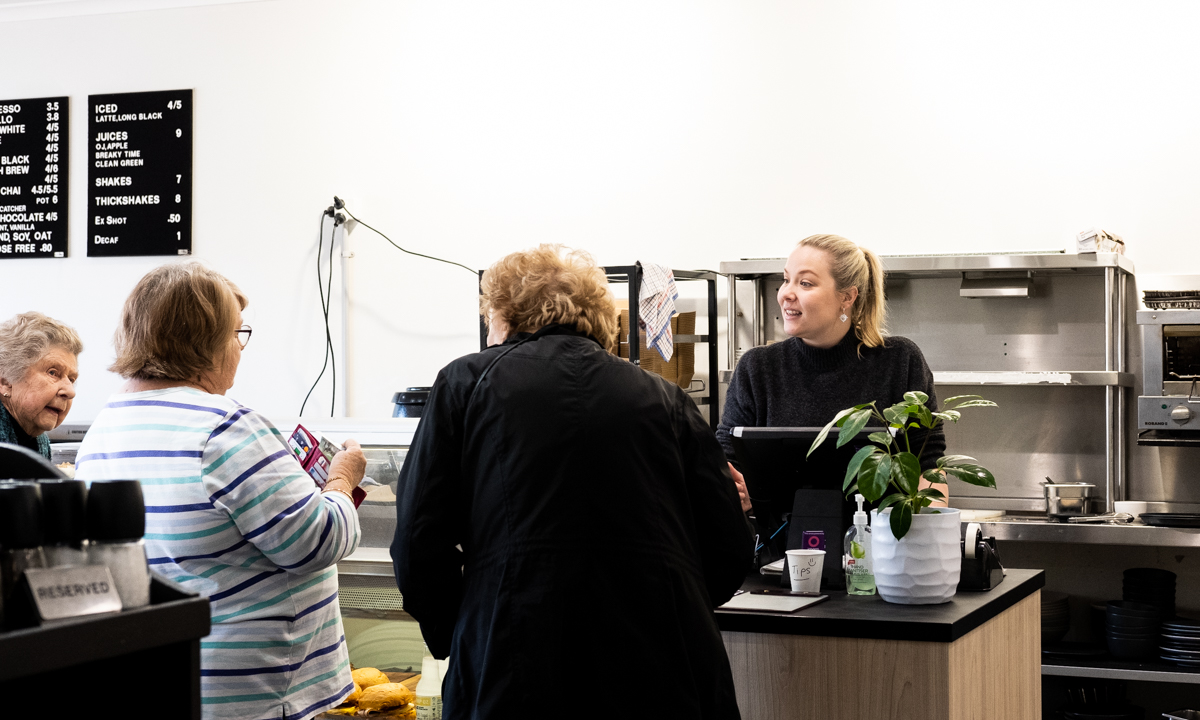 Given their suburban location and the neighborhood connections they’ve already made, Ryan remains optimistic.

“You’ve still got to stay positive,” he says.

“We put all this work into opening and up and running, but obviously when you see all the bills, and all the initial startup that you’ve still got to pay and whatnot, it is a bit scary.

“But that’s why you’ve got to try and come up with new ideas and spread the word that we’re still operating, and hopefully the locals will get around us and help us get through this time, as we’ve all got to help each other.” 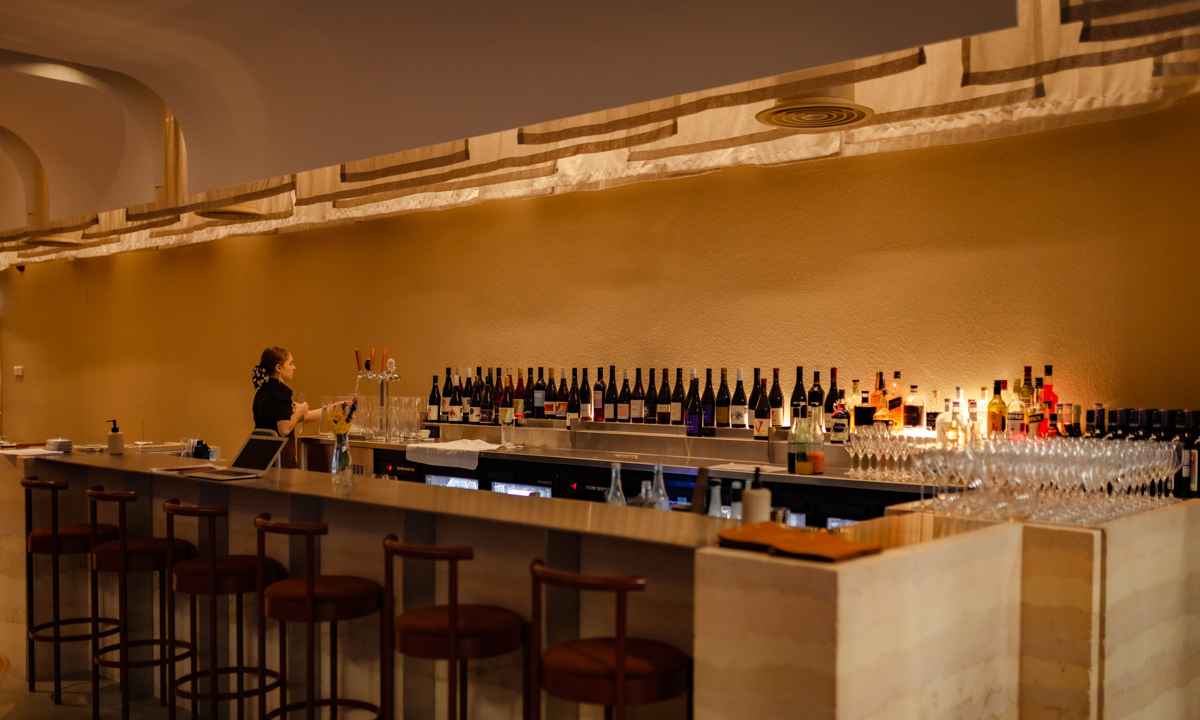 The Soi 38 bar is at the ready, once the restaurant can open

Back in the city, Daisy reflects warmly on the messages of support she’s received from customers and contemporaries from within the hospitality scene.

She says she knows that when the lockdown ends and restrictions are lifted, the community will turn up to support the Soi team.

“I know we’ve got all these people that are just champing at the bit to get back in and be the first tables in the space, and so I have confidence that we’ll have that support,” she says.

Daisy only hopes the State Government has learned the lessons of prior lockdowns and not leave the hospitality community in the dark about how and when this shutdown will end.

“I remember the last time, my criticism of the reopening was that there wasn’t any signpost for us to look for,” she says.

“I think understanding what the cases have to look like for a road map out would be good for us to be able to plan a little bit.

“That stuff’s really important in terms of how much produce to buy in, how to open up our booking system, how to communicate with people whose bookings were cancelled who wanted to rebook, and how that priority is going to work.”