The making of Basket Range: Part I – The first grapes

Before Ochota Barrels, before Lucy Margaux, before the Commune of Buttons, and before the Basket Range buzz, there was Phillip Broderick – the man who, on a whim, planted the first ever vines in the now uber-hyped Hills region.

Back in 1980, Phillip Broderick was neither a winemaker nor an agriculturalist.

But he did like drinking wine, and he liked Basket Range. So, he decided to plant a few vines on the property he owned there. As it turns out, these were the first grapes grown in the area.

This is the first of a three part series on Basket Range – a wine region in the Adelaide Hills.

Phil and the Broderick family no longer live or grow grapes on the original property where Phil made the region’s first plantings. Now, they live, tend vines, and make wine next door – on a larger property they moved onto in 2002. That first block is still very much a part of the Basket Range wine scene though – Gareth Belton of Gentle Folk Wines farms it and harvests the grapes. He’ll be picking the vineyard on Monday to make his next round of Rainbow Juice.

Join us at the conclusion of the vintage season for The Festival at Basket Range (basically a party with all the winemakers). April 7 from 12pm-8pm. More information and tickets are available at the website.

“But the frost hits in June and July, and you don’t get bud bursts until September, so it misses the frost season. And the property actually – and the whole area does – grows terrific berries, very good cherries, excellent apples and pears. And vines are in the middle.

“So, I thought, it figures they would be reasonable grapes. There’s no rocket science to it. That’s all there was to it.” 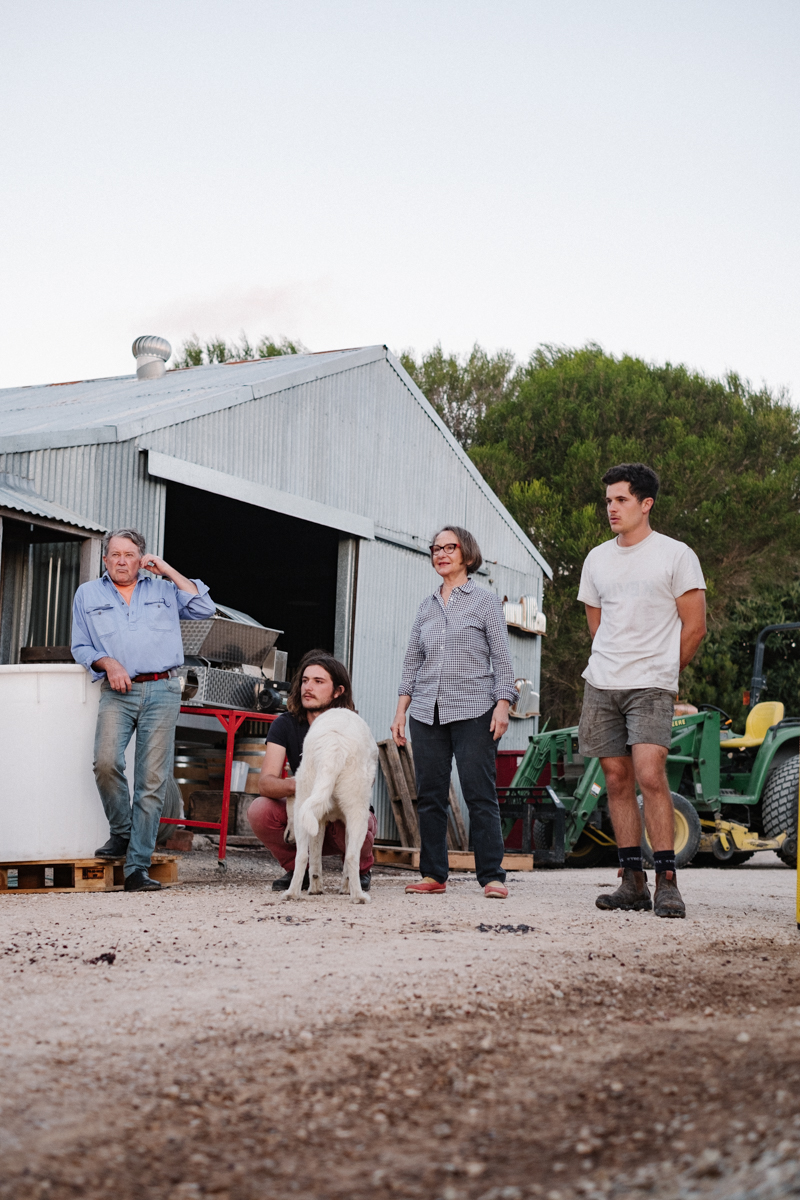 While Phil didn’t know it at the time, his decision to grow grapes across an acre or so of land would be the first step toward the region’s greatness.

Phil’s successful vines, and the wines he and wife Mary began making from them in about 1988 under his Basket Range Wine label, proved the potential of the region.

Since his first experimental foray into viticulture, Phil has become far more knowledgeable. Now, he sees that the region’s climate and its elevation above sea level – which is roughly similar to that of Clare – position it perfectly for grape-growing.

But he also believes Basket Range’s culture and philosophy have been part of its success, especially as it’s become more and more populous.

“I have always thought Basket Range is a state of mind,” says Phil.

“It started off with Anton van Klopper [of Lucy Margaux Vineyards] who bought our back block and moved in there, and – really – Anton needs a lot of credit for his own drive, certainly in terms of what he was selling to the overseas market. He put Basket Range as a notional concept on the map.

“A lot of other folk have moved in as well – Taras Ochota, more recently Brendon Keys, and before him Gareth Belton. And the Buttons, of course, their parents put the vineyard in at Basket Range a little bit after us –the Commune of Buttons.

“It’s grown from there, but I think the concept has always been that these people are making wine a bit outside of the traditional.” 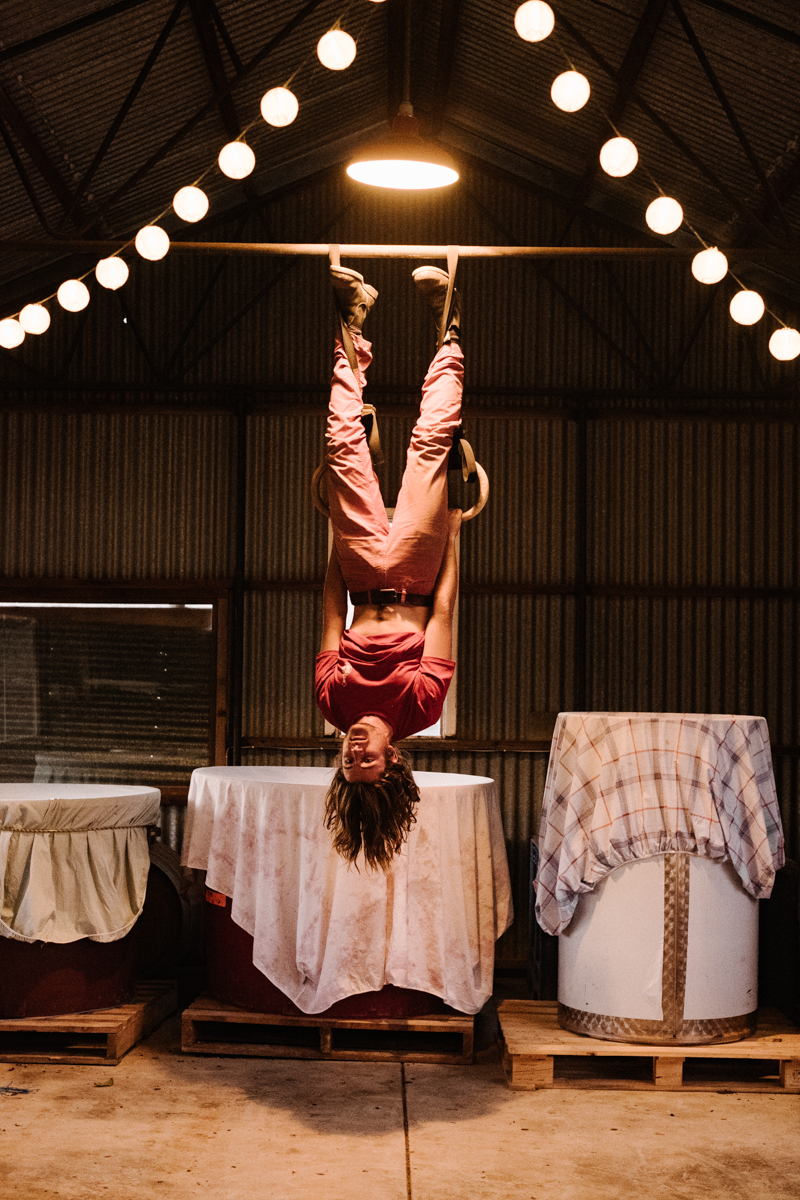 Louis. A bit outside of the traditional.

Phil and Mary’s wine-making practice has been less strictly natural than many of their neighbours, but they have always believed in the minimal-intervention principles for which the region is well known.

These are especially coming to the fore now the next generation of Brodericks – sons Louis and Shalto, who both make wine – are beginning to have a greater hand in the viticulture practices at Basket Range Wine.

“It’s always been about wine that is made very simply, with minimal intervention, and lack of chemical inputs,” says Phil.

“So it’s probably a bit more resolution in that regard, in that the only chemicals we put on are copper and sulphur and that has been the case for the last two or three years now.”

The Broderick family and their Basket Range Wine will be taking part in the Festival at Basket Range next month.

At the event, they’ll be happily standing shoulder to shoulder with neighbours like Charlotte Dalton Wines, Lucy Marguax, Jauma, Gentle Folk Wines, and BK Wines –  a clear demonstration that the old and new guard of this still-young region are part and parcel of one strong, cohesive community. 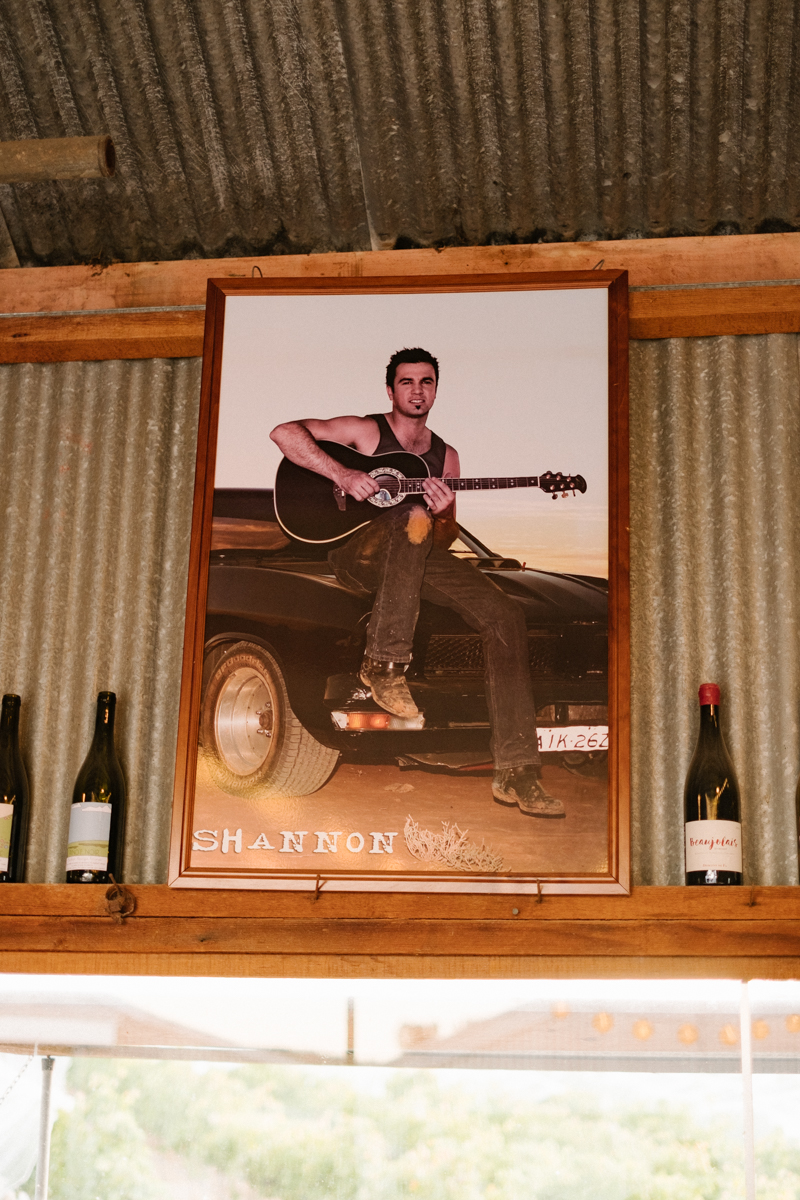