A little more than a year into its life, The Summertown Aristologist is demonstrating how deep thought and great care can create revelatory experiences for people on all sides of a hospitality venture. 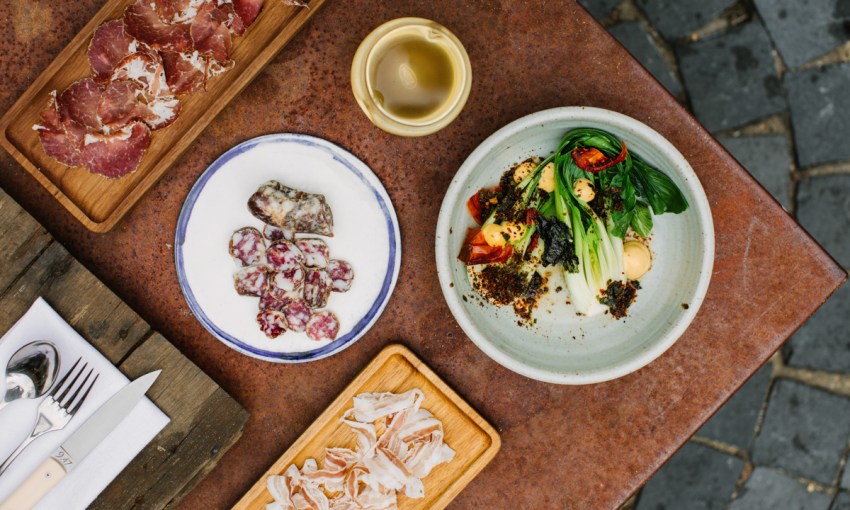 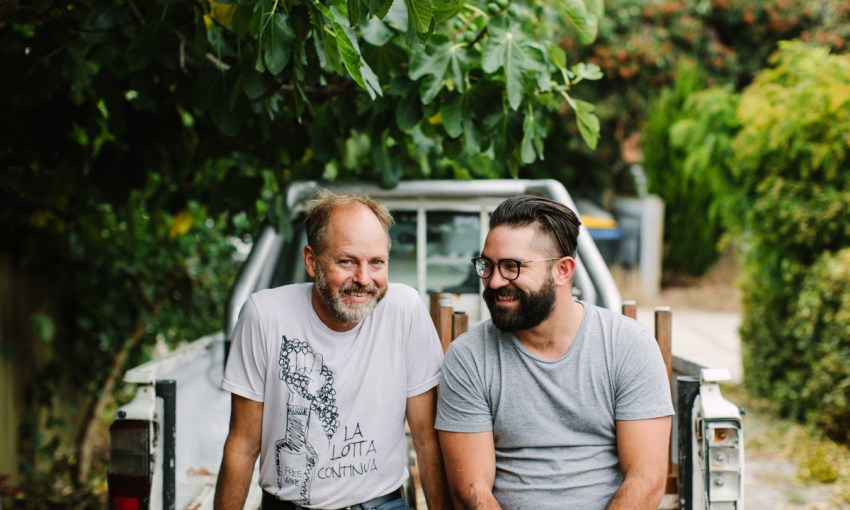 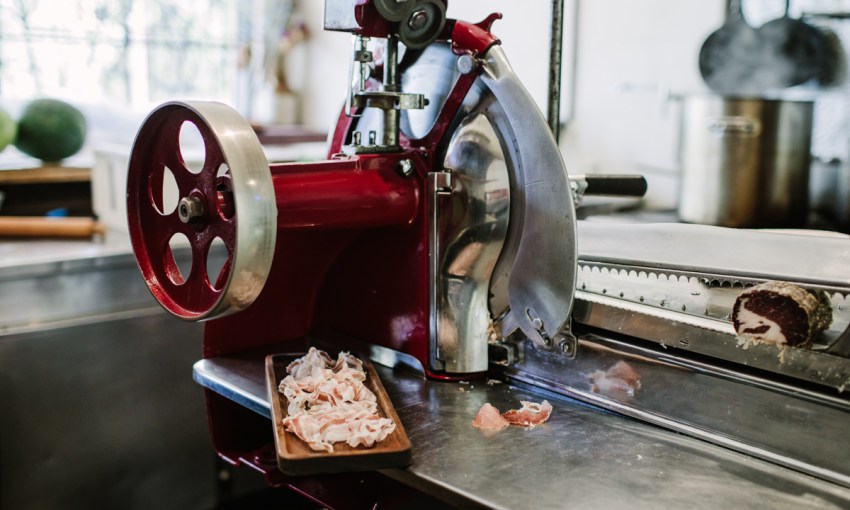 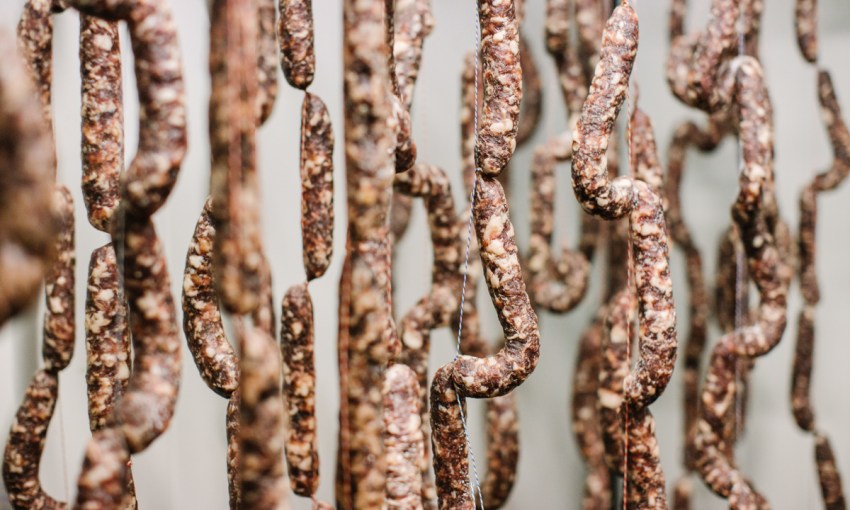 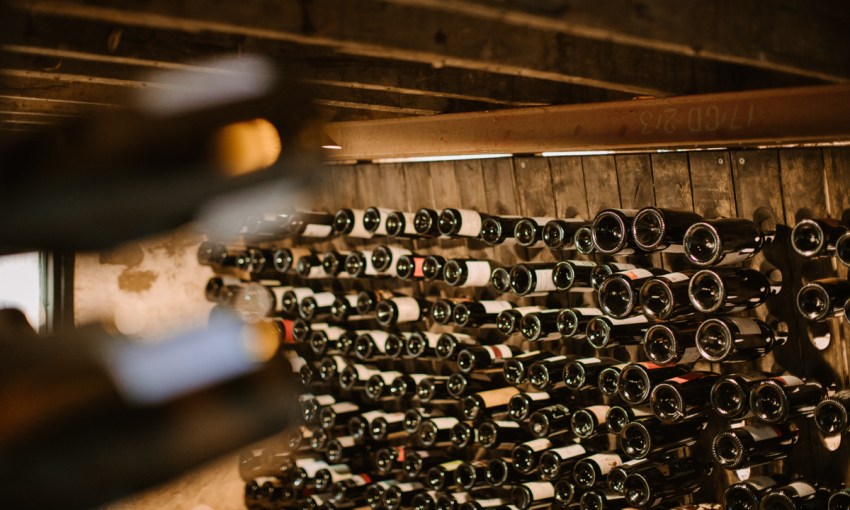 Co-founder of The Summertown Aristologist, Anton van Klopper, took a lease on an empty shopfront on Greenhill Road in 2012.

The restaurant did not open until 2016, but the intervening years were not wasted. In that time, Anton was waiting and searching and thinking.

“I just had the idea that something needed to happen here,” says Anton.

“I always thought if you build the right thing with the right intention then slowly the right people will come along to help. It’s more slowly than I would have thought, but they have come along.” 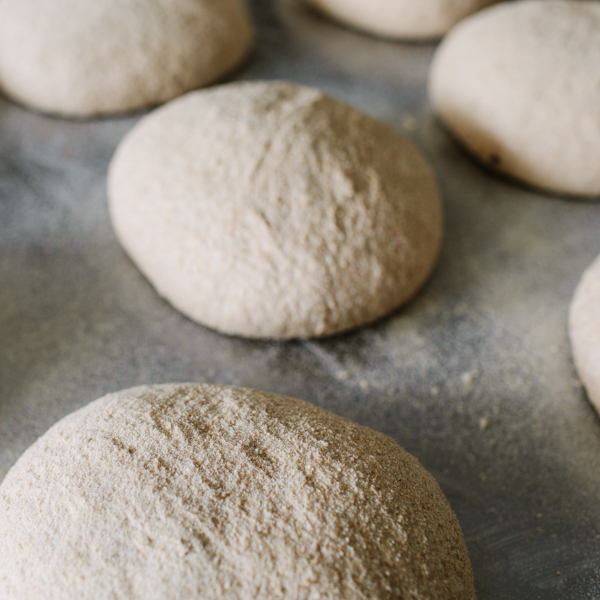 Be sure to order the bread and butter 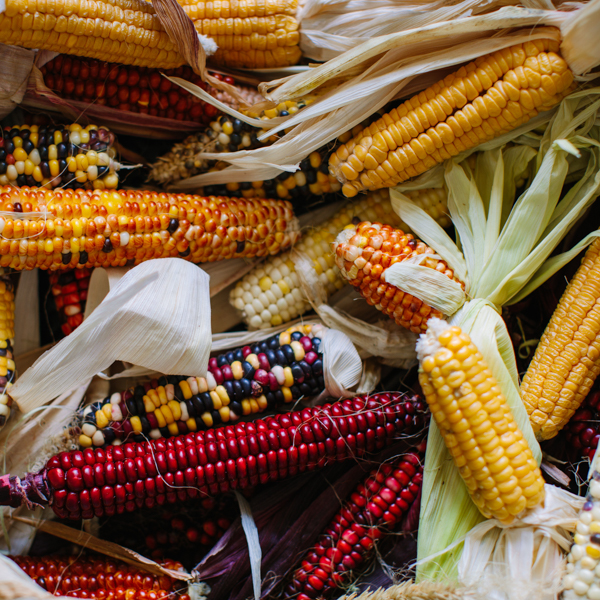 A corn harvest ready for drying 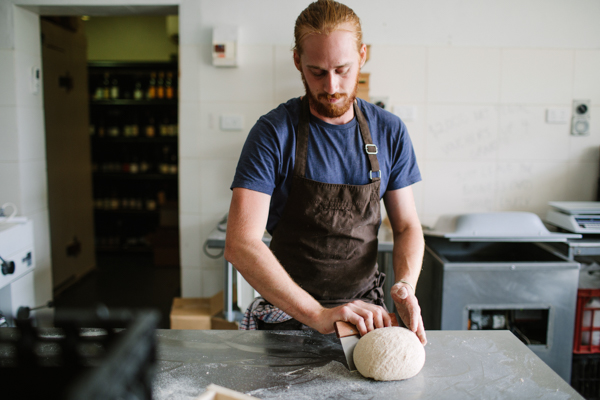 Chef Ollie Edwards and his dough

Anton, who is the winemaker behind the Lucy Margaux label, talked with different potential collaborators before finding those who were the right fit – fellow winemaker Jasper Button (of Commune of Buttons), and serial restaurateur Aaron Fenwick.

The trio were bound together by the unity of their vision for the Aristologist, which they believed could be a place that actually embodied the words so often misused in the hospitality trade – local, community, and quality of craft.

“Really it is more about cultural change than anything else, in my mind,” says Anton.

All of the Aristologist’s produce is locally sourced and organic, and much of it is grown by the chefs themselves. The fitout, fittings, and crockery were all chosen not because of price, but because of a connection with the maker and the maker’s connection to the ideals behind the restaurant – and it was paid for fairly.

The restaurant’s four staff are employed full time, but the Aristologist only trades three days each week. Non-service days are used to tend the garden and prepare things like the cheese and house-roasted coffee beans – because everything, from the butter to the charcuterie, is made on site.

“We have just made a choice, a very conscious choice, that we will sacrifice profit to try and build something beautiful because that’s what we’re here for,” says Aaron.

The Aristologist has now been open for about a year and a half, and the strength of the restaurant’s philosophy is evident in the way it is received by those who frequent it.

It has – as Anton always hoped it would – become a central point of connection for the already close-knit Adelaide Hills community.

“The biggest thing when I came out here first was the sense of community,” says chef Oliver Edwards. “People will come up to us with trays of produce and it will be straight on the menu, that night. I just find it so lovely that everyone wants to be a part of it and wants to contribute.”

And for those from further afield, it has become a food and booze experience unlike most others in Adelaide.

The organic, low-intervention, constantly-evolving wine selection and vegetable-led (but not vegetarian) menu are designed not only to make the most of the local abundance, but to create digestive and mental harmony. 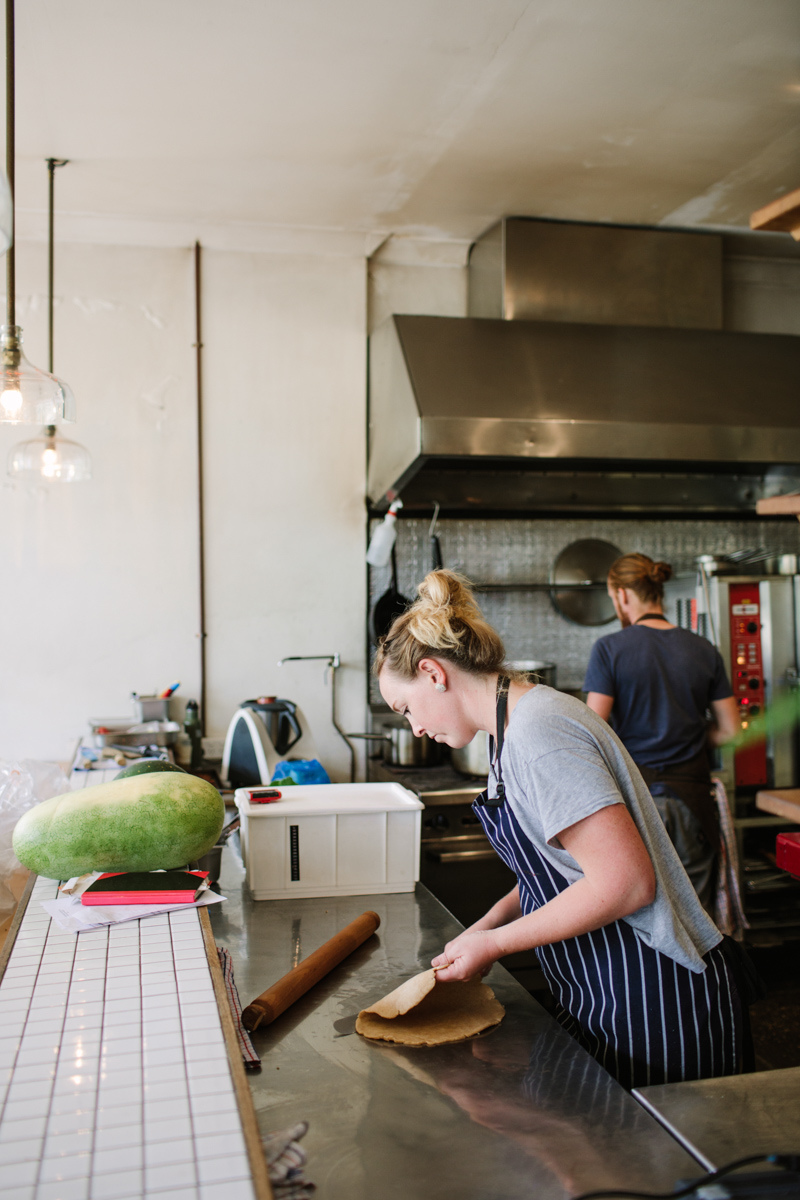 Served up in a perfectly calibrated but still casual environment, the experience is one of
fine balance.

“At the end of the day, people come to enjoy themselves eating and drinking,” says Aaron. “What I try and create is an environment where that is very easily done.”

For all its deep thought and careful attention to every detail, The Aristologist, as Aaron intimates, is just as much about the frivolity of moments spent in good company with good food and booze.

In that way – while it may be very different to other restaurants in many ways – it is actually the epitome of what any good restaurant should be.

“It’s about nourishment,” says Anton, “and not just in a nutritious sense.” 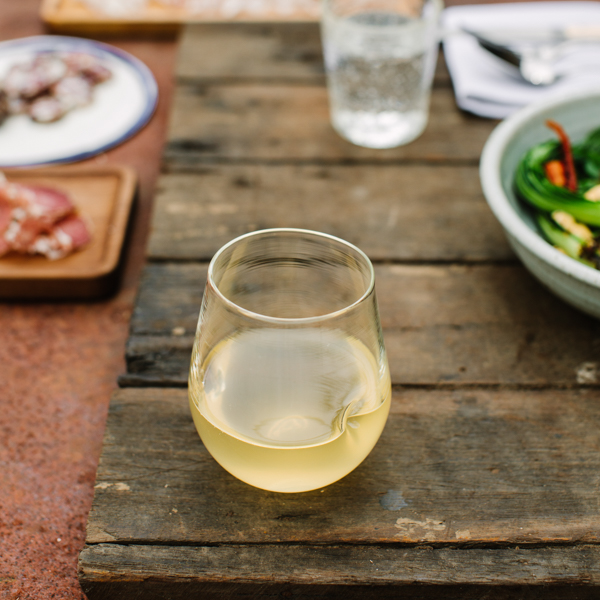 One of the cups 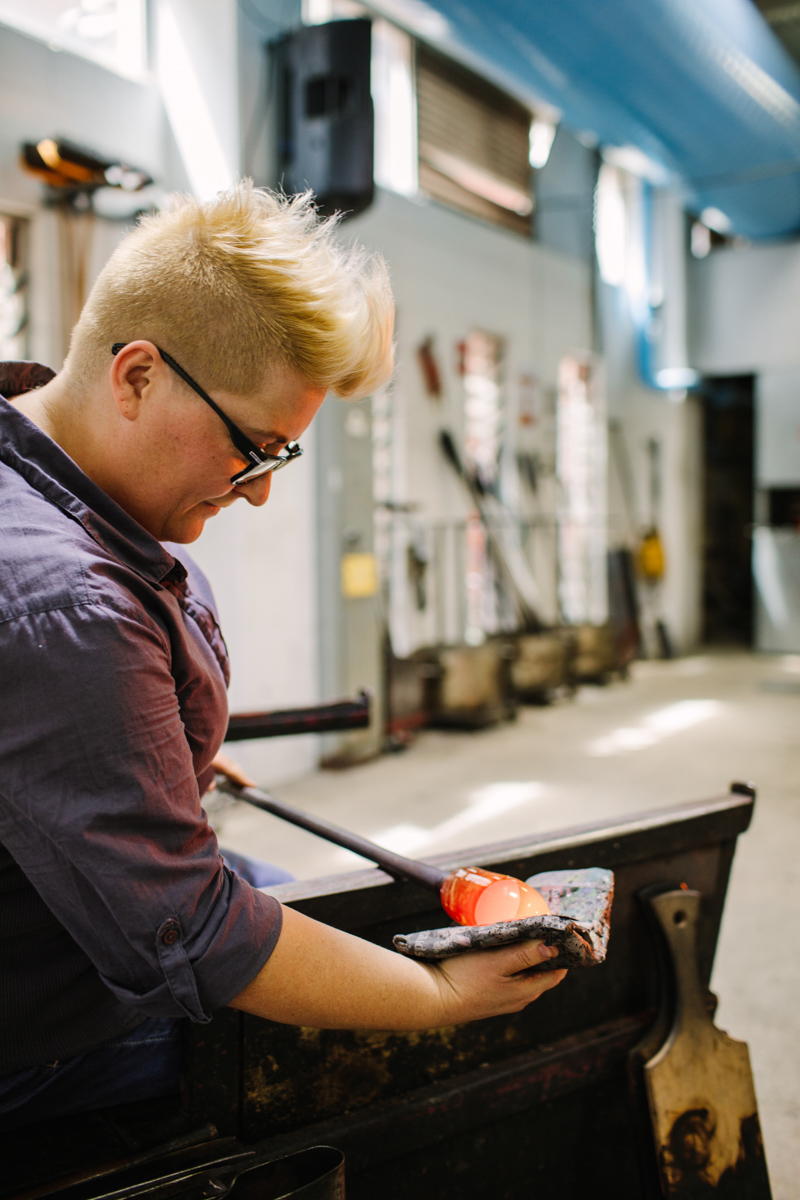 The glassware at The Aristologist, like everything else found there, is the result of years of thinking, relationship building, and mutual support.

“In some ways it was very serendipitous, but it was kind of also meant to be,” says Mandi King, one half of Illumini Glass.

Mandi and her Illumini co-founder Karen Cunningham were commissioned to make two types of tumblers for The Aristologist – one for wine, and one for water.

The commission to make the hand-made vessels was a result of Karen and Mandi’s long-standing relationship with the restaurant’s founders.

“I lived on the Commune of Buttons property [belonging to Jasper] from about 2013 to 2015, and then I have actually just moved back in the last couple of months,” says Mandi. 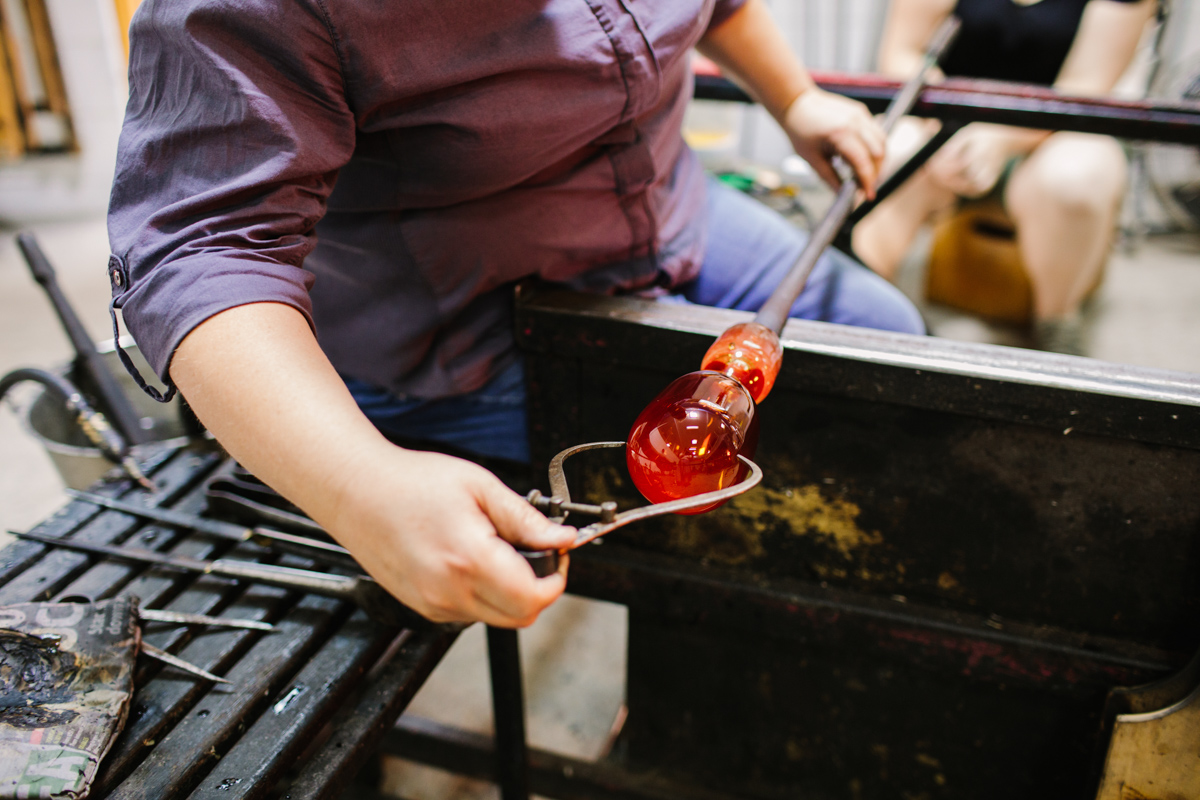 “Anton was buying grapes from there, and I had Karen over all the time – and we would all just end up eating dinner and sharing ideas and we obviously share all these philosophical ideas.”

These dinners evolved into plans for the restaurant, and naturally Karen and Mandi were brought on board to create specifically-designed glassware for the venue.

“Both the making of glass and the making of natural wine are very much process-driven. We’re both very interested in relinquishing an element of control, seeing what happens, and then highlighting what you might call imperfections and making them into something desirable.”