The brew is predicted to sit between 6.5-7% ABV and makes use of 70 kilos of glacé figs sourced from Adelaide Hills grower Willabrand Fresh Figs, and pan-toasted cardamom.

Brewed For Thought debuts at Beer & BBQ Festival 2019, this Friday, 12 July.
It will also be available on tap at Sparkke at the Whitmore.

“The aim was to make a delicious brew that is a great food beer,” Agi says.

“It has a biscuity, roasty aroma with notes of dark chocolate and coffee. It’s not a hop-forward beer, and as usual my additions are subtle and tasteful, because I want the beer to be sessionable.

“There is a juicy, ripe fig jam flavour to the brew, and sitting on top is that warm winter cardamom spice that adds an even layer of warmth.”

Brewed For Thought is being released as part of Sparkke’s presence at Beer & BBQ’s Mal & Mates: Food for Thought stall, which will also see Sparkke at the Whitmore’s head chef Emma McCaskill cook alongside Salopian Inn’s Karena Armstrong.

Founded by Sydney chef Mal Meiers, Food For Thought is an organisation working to raise awareness of issues around mental health in the hospitality industry.

Sparkke entered the Australian beer scene as a socially conscious brewery, with each of their can releases raising awareness for issues close to the team’s heart. This commitment to social good continues, with the business donating $1 for every pint of the specialty brown ale sold to Food For Thought. All funds raised will go toward prevention and crisis support services R U OK and Lifeline.

The beer will debut at Beer & BBQ 2019, but it will also be available at Sparkke HQ and is available for purchase for venues by the keg. There are just 20 kegs available, though, so it’s not likely to last long. 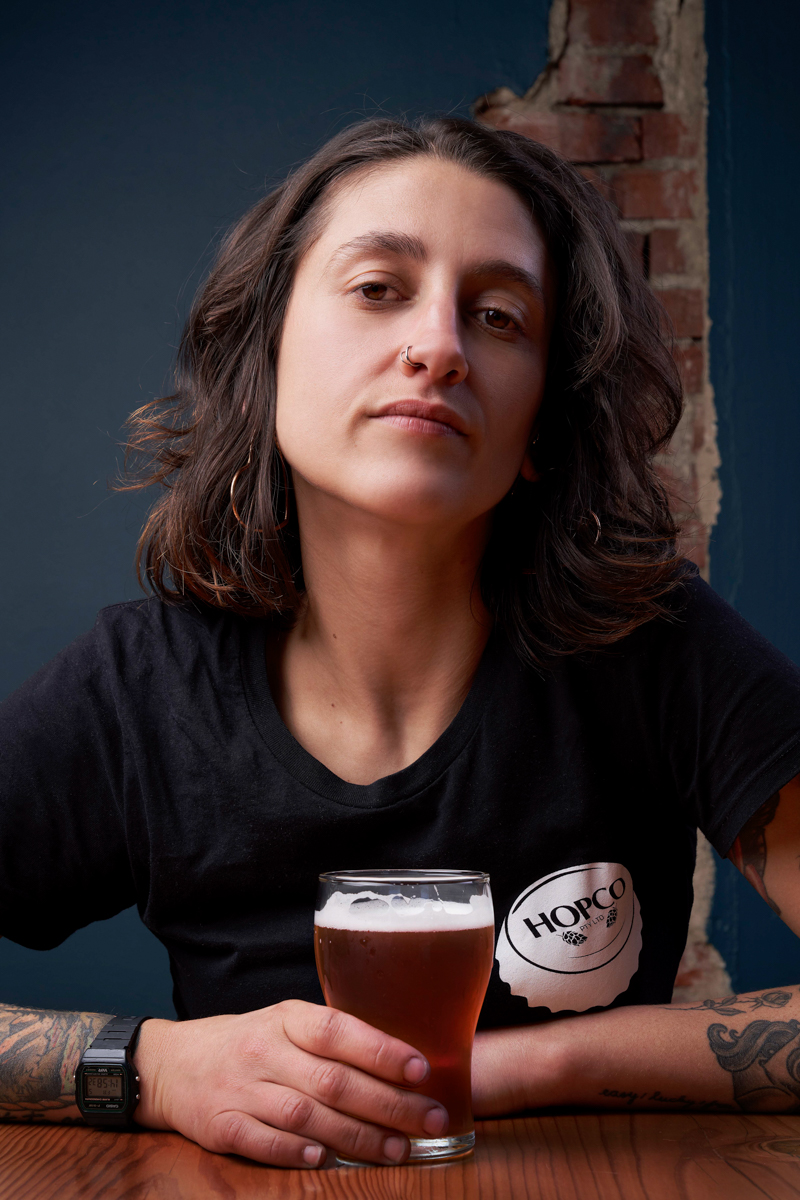 Emma and Karena will cook together on Beer & BBQ’s family- and dog-friendly Sunday session, Hair of the Dog.

“We’ve got some wild goat leg and we’re just going to spice rub it and barbecue it and get it on first thing in the morning, really slow. And then make sourdough flatbreads and cabbage, almond and pomegranate salad. For the vegos, we’re going to koftas, chickpea and potato,” Emma says.

Having received a Chef Hat at her former namesake restaurant, The Pot, the awarded chef is keenly aware of the strain that comes from working in high-pressure kitchens.

“It’s a bit of an icky subject. I think it really does need to be spoken about more, especially in our industry,” Emma says.

“I try to leave before I get to [the point of burn out], or take a holiday. And I think because I’ve got the kids I’m even more conscious of it. I know what to do to not get to that point. I’m like ‘Hey, whoa, I need a break! Mayday!’

“[But] people don’t talk about it because there’s this kind of mentality of ‘She’ll be right,’ and you fail if you do that, as well.”

For Mal, Beer & BBQ is the biggest audience he’s had since launching Food For Thought in 2014.

“The opportunity to collaborate with some of SA’s best chefs at Beer & BBQ has been an exciting date in my calendar, and to take it one step further with a Sparkke craft brew makes it all the more special,” he says.

“For me, depression resulted in self-destructive behaviour. It was like having blinkers on, and when I realised how much help was available it was like someone flicked a switch. I figured other people also needed to know how and where they could find help.”

Food For Thought is running throughout the three days of Adelaide Beer & BBQ Festival 2019. Tickets are still available and can be purchased via the website.