I Can't Believe It's Not Summer is the first beer to come from Sparkke at the Whitmore's recently commissioned nanobrewery - a "crisp and refreshing and summery" antidote to winter in Adelaide.

Sparkke Change Beverage Company has released I Can’t Believe It’s Not Summer, the first limited-edition brew to come from the 25-sqaure-metre brewhouse built into Sparkke at the Whitmore.

“It’s really crisp and refreshing and summery, it’s quite dry, super fruity, a lot of watermelon and kiwi,” says head brewer Agi Gajic, who was recently recognised in InDaily’s 40 Under 40 awards.

I Can’t Believe It’s Not Summer is available on tap at Sparkke at the Whitmore from Monday, 17 June.
There are just 16 kegs of the beer, so get in quick.

While the beer’s original recipe was designed to fit into the West Coast Pale Ale style, Agi says her preference for East Coast has come through in the final product.

“I don’t know if subconsciously my East Coast love came out, but it wasn’t really West Coast,” Agi laughs.

“East Coast is different in so many ways… it has a lot more balance, a lot more body and mouth feel, so it’s got more substance and it’s still very hop-driven, but more so flavour and aroma-wise.

The beer sits at 5% ABV and employs a medley of German malts on top of an Australian Pale Ale malt base, as well as a collage of USA hops: Ekuanot, Palisade, Citra, Loral.

There are just 16 kegs of the brew available, all of which will be tapped at Sparkke at the Whitmore, so the team suggests you get in quick. 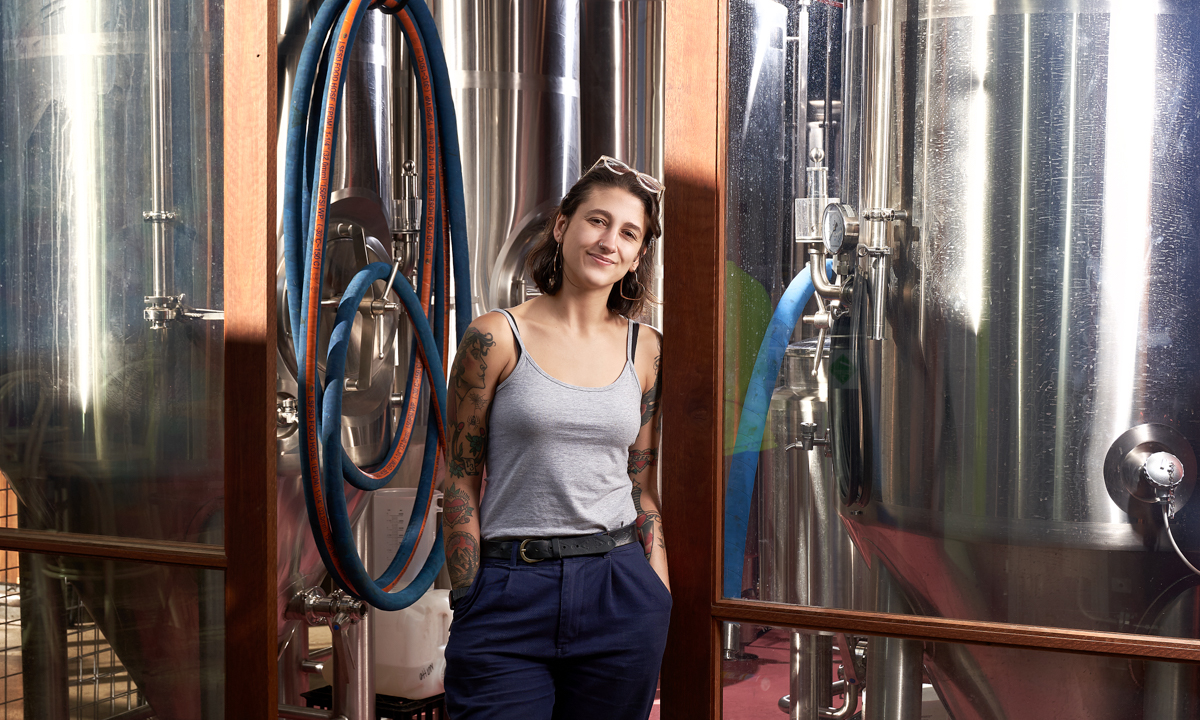 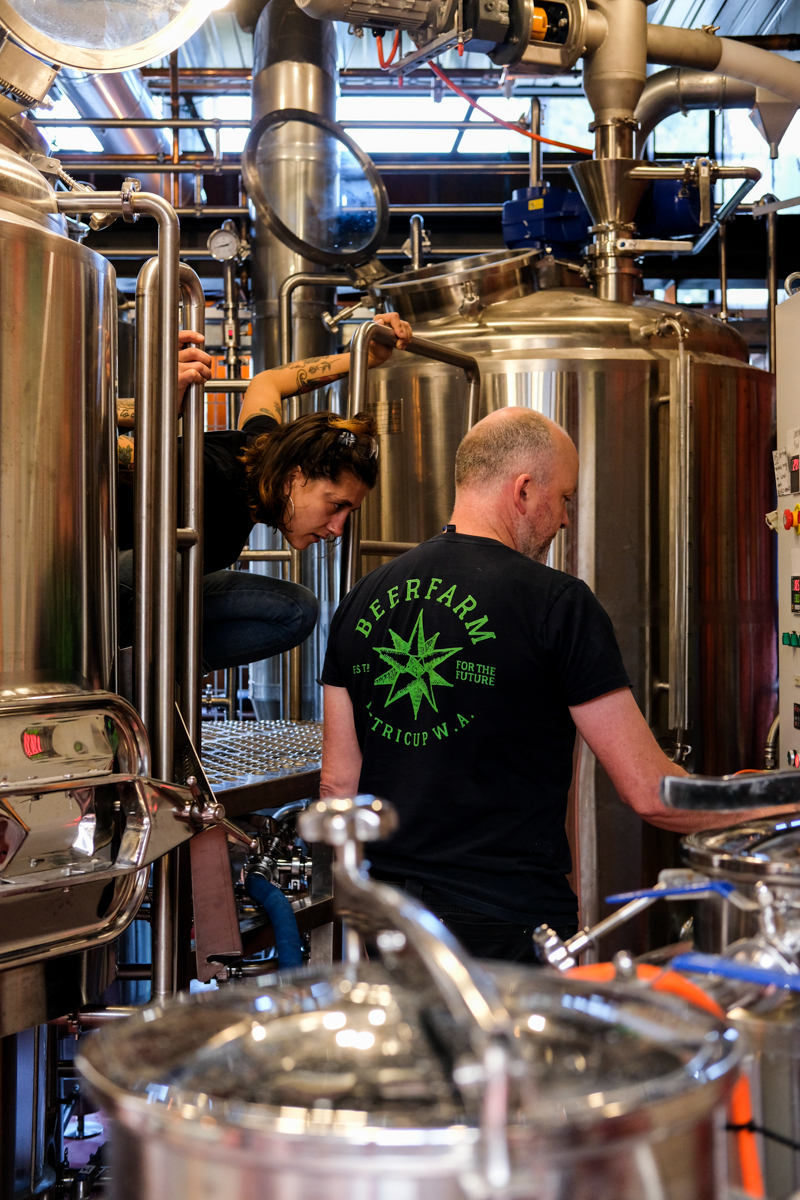 Agi and Neal Cameron from Brewtique on brewday

CityMag stopped by the pub on brew day, back in early May, where Agi was working alongside Neal Cameron from Brewtique, the company that supplied and built custom parts for the unusually small brewfloor.

While Agi has extensive experience commissioning new equipment in established breweries, this is her first build from the ground up. The process was both challenging and addicting.

“It’s time consuming. It’s fun. I love it. I feel like in a future life I could be a person that designs and commissions breweries,” Agi says.

“I’ve made so many modifications, and I’m still making them, and thinking of ideas of heat recovery and stuff, minor mods to the kit.”

Agi decided on Pale Ale for the inaugural brew because “it’s a pretty easy type of beer, and I wanted to be easy on myself for the first brew on this kit,” she says.

“I’m itching to brew [more], but I’m nervous, too… I’ve never worked in this kind of brew space – not a full production turnover space – so this is really different and new to me, and really scary.

“There is always pressure, I guess, [but] because it is just me brewing, all of the onus and judgement of ability or lack thereof is on me.”

Having such a visible and accessible production space has helped to solidify Sparkke Change Beverage Company’s bona fides within the broader beer world.

“There is a lot more movement now that people connect with us as a legitimate craft brewery,” Agi says, “because they have a chance to come and see who we are and taste our beers.

“We’ve been blown away by the response – we’ve had enquiries from as far afield as China and New York, and a lot of interstate interest and attention.” 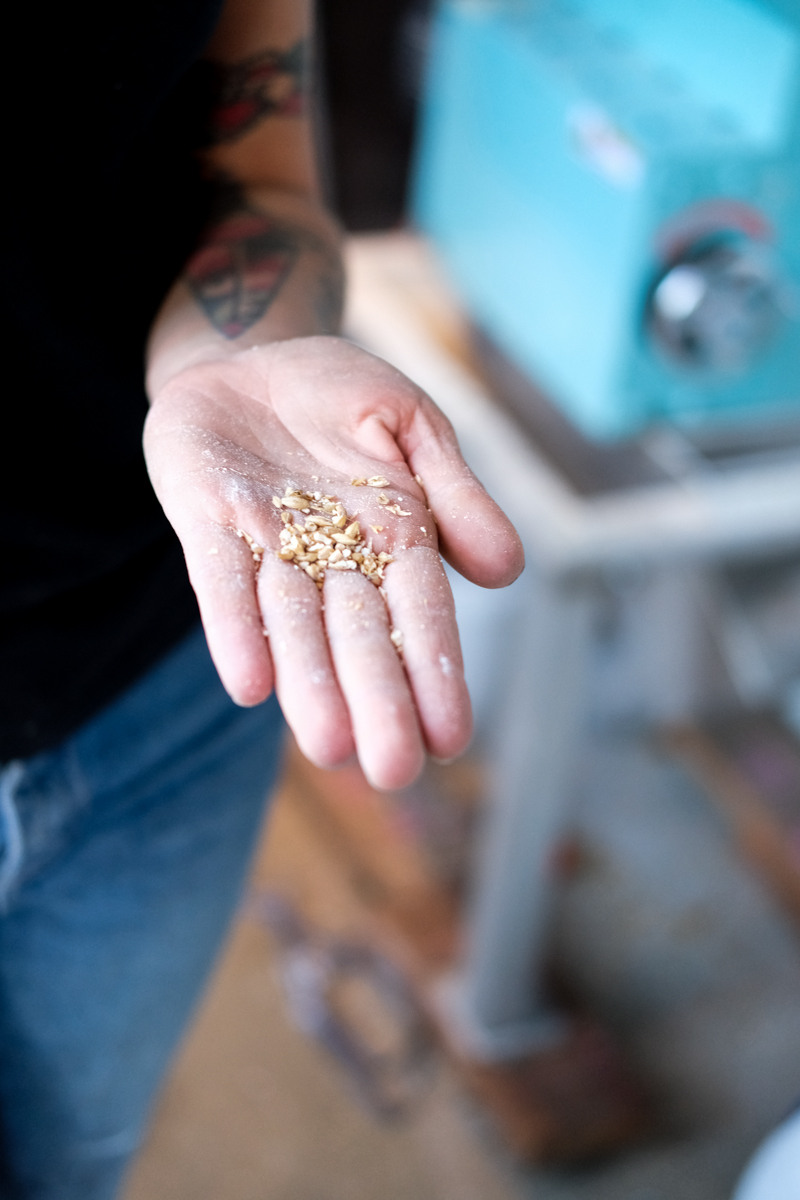 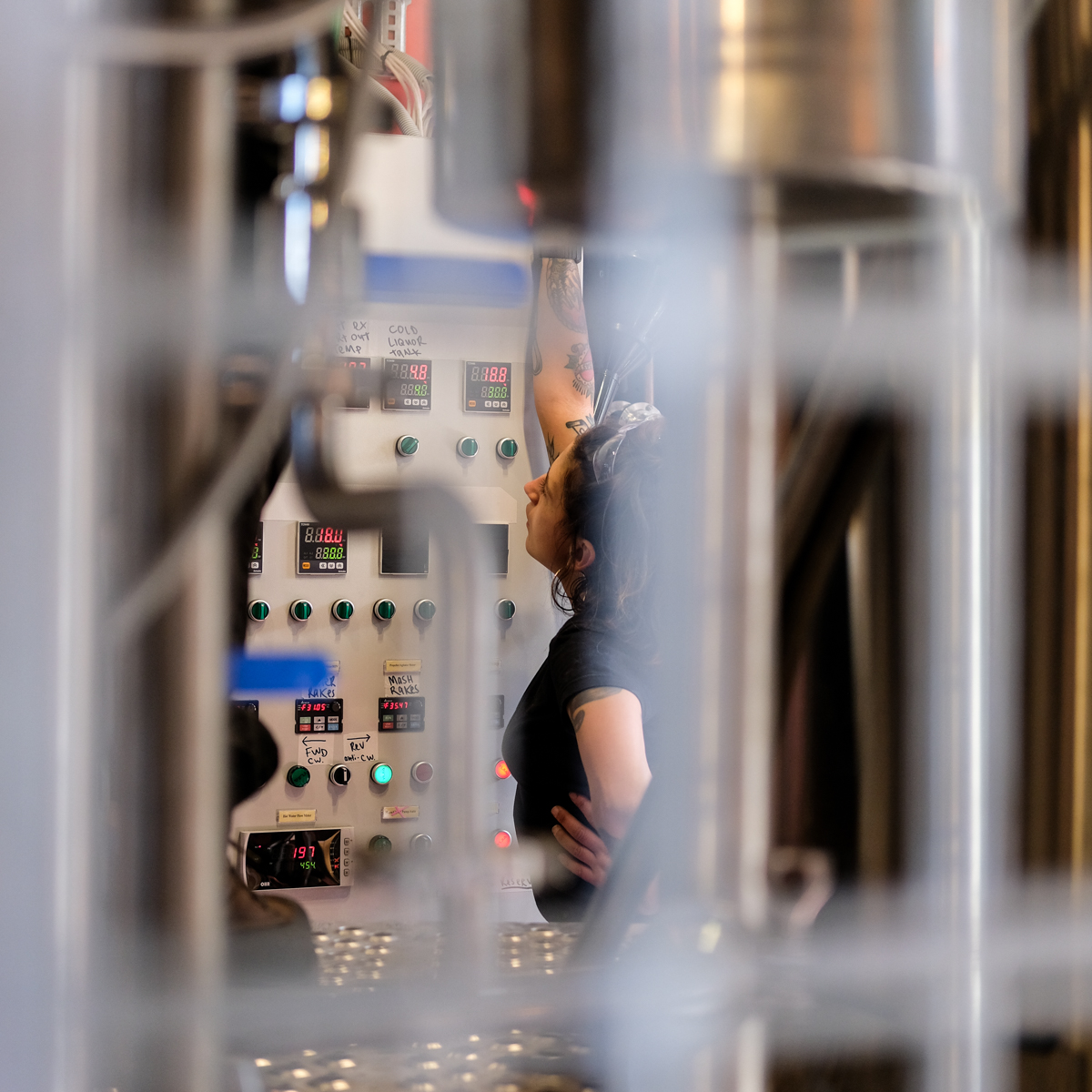 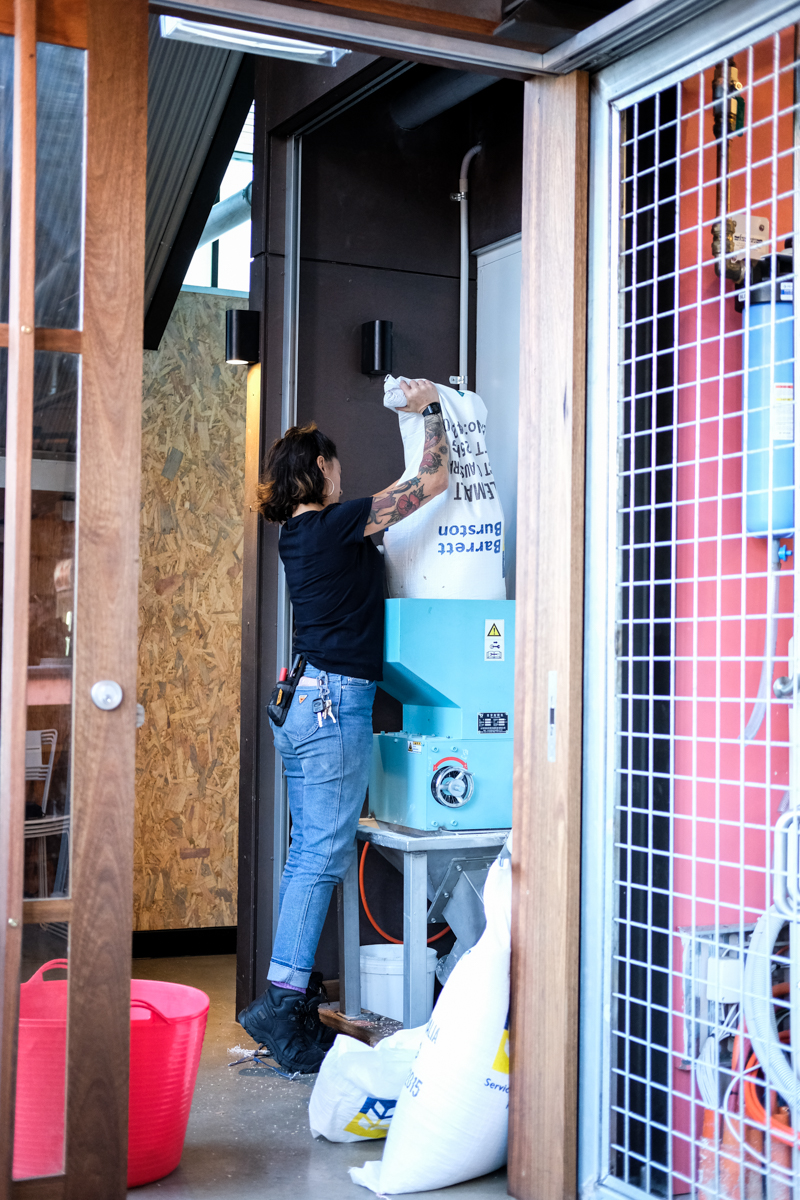 Next in Sparkke’s brewpub schedule will be a stout and a Beer & BBQ special release beer, made for the Mal Meiers Food for Thought stall. Agi is tight-lipped on the details of the latter, only letting on that it “incorporates food.”

With the initial brew now released to public, Agi plans to keep all four tanks in the brewery full and limited releases hitting the pub’s taps as often as possible.

“There’s so much weird and wonderful stuff to come out of here, so [this is just] the first cab off the rank,” she says.

Sparkke’s core range is now being produced out of Brick Lane Brewery in Dandenong, under a new contract production partnership between the two breweries.

“We’re working with Jon Selton, who’s, in my opinion, the best technical brewer in Australia… I get to work with him and learn off him, which is super great,” Agi says.

“It was hard to come by Brick Lane because they are already so full. They’ve got people knocking on their door left right and centre, so they saw our name pop up and they were stoked. That was really, really, really awesome.”

A large-scale Sparkke production facility is still a little while off, Agi says, but it’s a stage of business she’s excited to grow into.

“Ideally, down the track when we’re selling a shitload of beer, we will look at our own production facility,” she says.

“That’s my dream – I’d love to set that up and run that. That’s where I love to be. And I love management and that kind of thing as well.”

I Can’t Believe It’s Not Summer is available from Monday, 17 June until the kegs run dry. 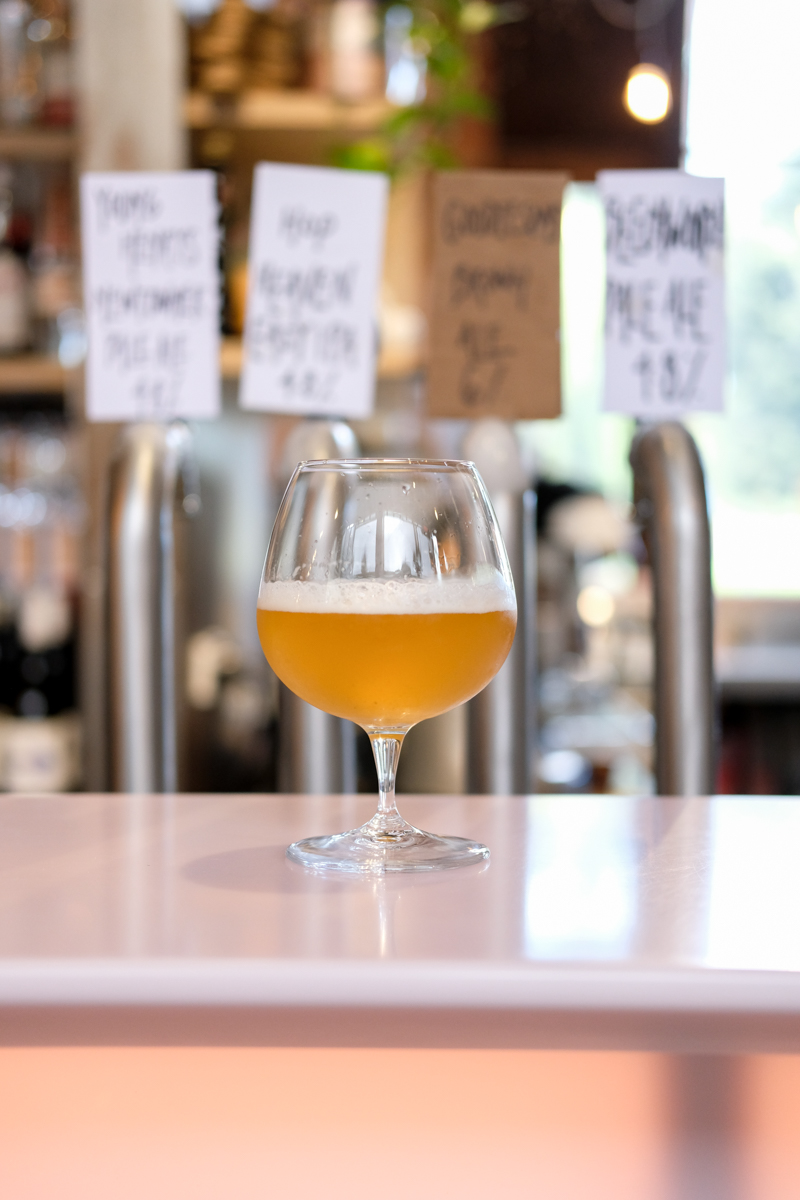