With more producers in tow and a renewed focus on culture and knowledge exchange through live music and producer and researcher talks, Son of Dot’s second Ute Boot is the ultimate wine event for the conscientious consumer.

At the first Ute Boot event, back in February, Jay Marinis’ lineup of producers, all of whom he distributes through his business Son of Dot, sold out of wine by 4pm.

Jay considers this an amazing success for the event, but it was only the beginning in a much larger plan.

“The whole thing with Sunny’s was so beautiful, and the day was so special, and there were so many more people that came than I would ever have imagined to have come,” Jay says.

“[But] the first one was a novelty of sorts, just to expose my passions and see if people welcomed me with open arms as much as I wanted to welcome them – and they did. So very soon I was planning the next one.”

Ute Boot II will be a continuation of the first event, but with a stronger focus on the multi-faceted ethos Jay wants to promote throughout Adelaide – and Australia’s – drinking, dining, and consumption culture.

By way of introduction to the concept, Jay explains the reason for the venue change to Golden Boy and Botanic Bar in the East End.

Having a history working for and alongside Sondra Deering, Golden Boy’s founder, Jay has organised to take over the venue on a day when it is closed, rather than operate within it, giving him greater control over the pricing structure, and therefore accessibility, of the event.

Described as a “no-tasting tasting event,” Ute Boot II will not offer free tastings, but all the wine will be available at wholesale price to take away or have in, and at $6 a glass. For people wanting to taste throughout the event’s 11 wine producers responsibly, the $6 one-glass price can be traded for a tasting of “three or four different things.”

This decision was made to realign the event away from consumption being the main game, and instead bringing the focus to conversation, and knowledge sharing.

“The dichotomy of serving alcohol to people, especially in this situation with Ute Boot, at a really cheap price has been a contentious thread for me for a while,” Jay says.

“I’ve resolved that by virtue of the idea, natural wine, or living wine, the idea is to consume the alcohol and think about the process through which it came about. So how were the grapes farmed to get to this point in the glass, rather than just, ‘Let’s get shitfaced.’” 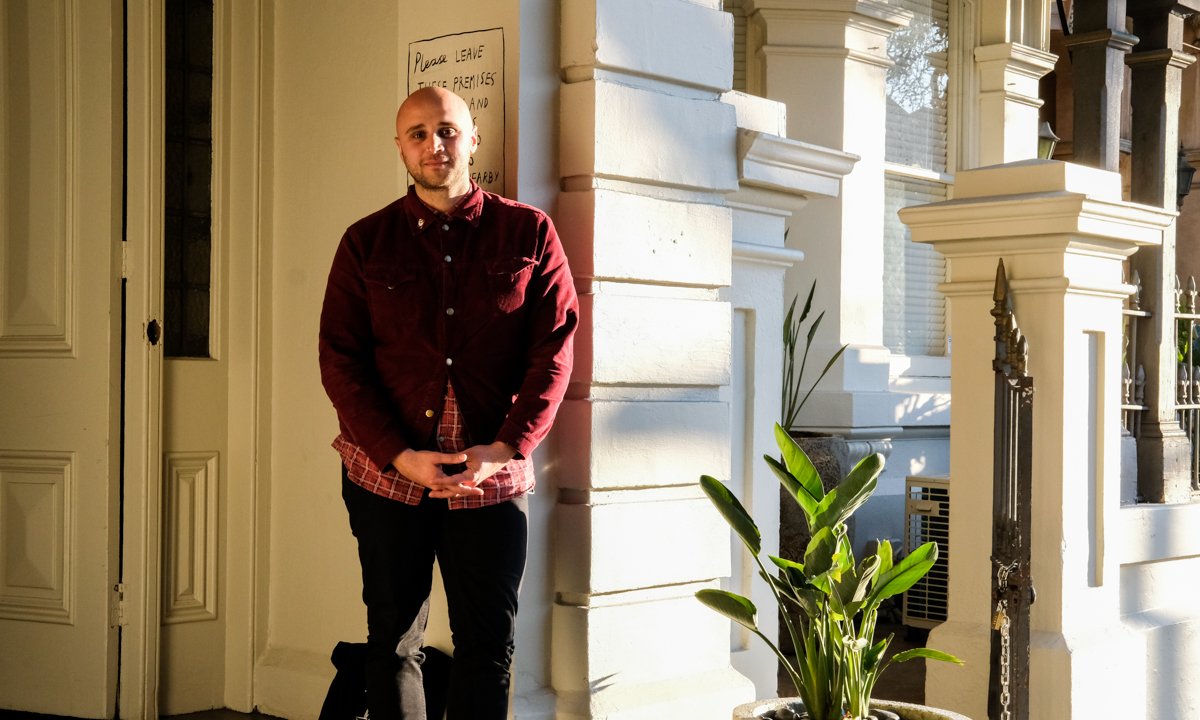 Jay’s Son of Dot producers, Basket Range Wines, Commune of Buttons, Limus Wines Scintilla, and Travis Tausend will be available from the tray of a ute – sourced by his partner Jon’s dad, who works as a panel beater – and his guest producers, Borachio, Comme ci Comme ça, Jauma, Lucy Margaux, Manon Wine, The Other Right, and Tom Shobbrook, will sell wine out of Botanic Bar’s windows.

Wine is not the only liquid fare; in the cellar, Applewood will also operate a gin bar and Wildflower Brewing will be in attendance.

On the food front, Golden Boy, Sunny’s Pizza and Africola will each be serving up good times for the event.

The steps at the building’s northeastern corner will act as a stage for the Ute Boot II speakers: Jack Buckskin, who will perform the Welcome to Country; Lucien Alperstein, a researcher working in the field of Indigenous farming practices and indigenous yeasts; Ruby Wake, who runs the Unley Repair Café and will speak on sustainability; and two winemakers, Jauma’s James Erskine and The Other Right’s Alex Schulkin, who will both speak about their winemaking process.

“All of the things that you can learn from Alex Schulkin – he’s a biochemist. He’s amazing. And he totally gives you all the information you need about the thing you’re consuming, which I think is really special,” Jay says.

Performative entertainment will come in the form an Anton Van Klopper poem – “He writes them on the day. He writes them as he feels the space. They always come out so well.” – and music from The Various Nefarious, Runebilly Rattle, Banjo Jackson, ADI, and Mark Kamleh on the decks throughout.

Ute Boot II is completely free to attend, and Jay’s ultimate aim, he tells CityMag, is just for his events to break even. The point, he says, is not to sell wine, but to promote a specific culture, one that he shares with each of his Ute Boot collaborators.

We ask, then, how he runs Son of Dot and Ute Boot as a business, and we are quickly corrected.

“It’s not a business. It’s a passion project,” he says.

“I work in mental health. I have a job. I understand what, in my opinion, what should be a product of how I function within the economic system that we live, and then what to me is about me having a voice in the community and trying to give back to that community.”

Bringing together the speakers and winemakers and producers in one space to speak with and engage the interested public is the service Jay wants to provide.

“[But] I also really enjoy throwing parties,” he smiles. “They’re so much fun, they’re bringing people that you love together and drinking, hopefully responsibly, and sharing food. There’s nothing better

“I think for a long time natural wine has been a bit too cool for everyone else. I want that to be totally torn down, and I want people to realise it’s just people trying to think about things they do to the world, in the world, and that it’s not too cool for anyone.”

Son of Dat’s Ute Boot II is happening from midday on Sunday, 8 September at the corner of East and North Terraces. See the event page for more information.