Golden Boy's Sondra Deering waits tables, makes drinks, writes rosters, does stocktake, develops the business and cooks in the kitchen. Just because you own a restaurant doesn't mean you're a restaurateur. 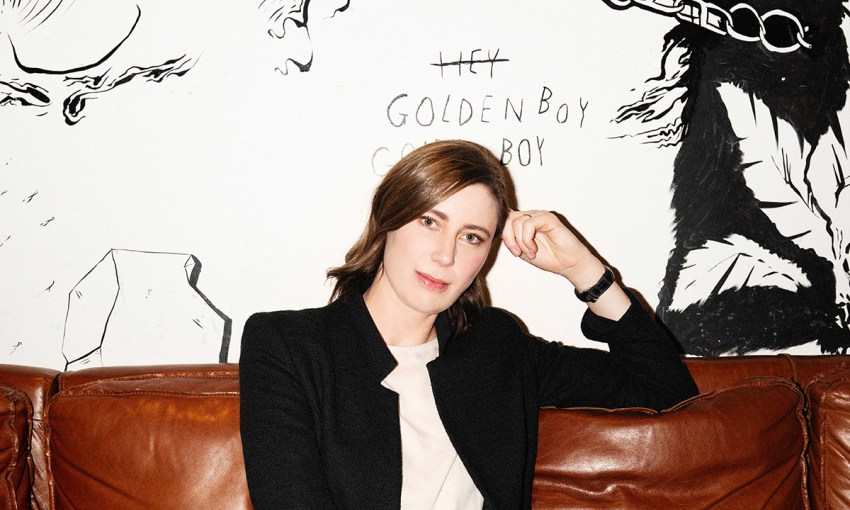 We’ve been using the word – restaurateur – wrong ever since we started publishing CityMag six years ago.

During our deep-dive interview with Marco Furlan on his 10 Commandments of Food the chef pulled us up for using the term incorrectly.

“That bloke isn’t a restaurateur,” Marco quips after we use the term to describe the owner of a string of successful venues.

While the general public (and the media) might accept the term as pertaining to anyone who opens and runs restaurants professionally, in the industry – and to someone like Marco who’s been doing it for 30 years – the title restaurateur is reserved solely for a highly skilled professional proficient in all aspects of the restaurant business.

Sondra Deering tops Marco’s list of restaurateurs in the City of Adelaide. Excluding himself, of course. 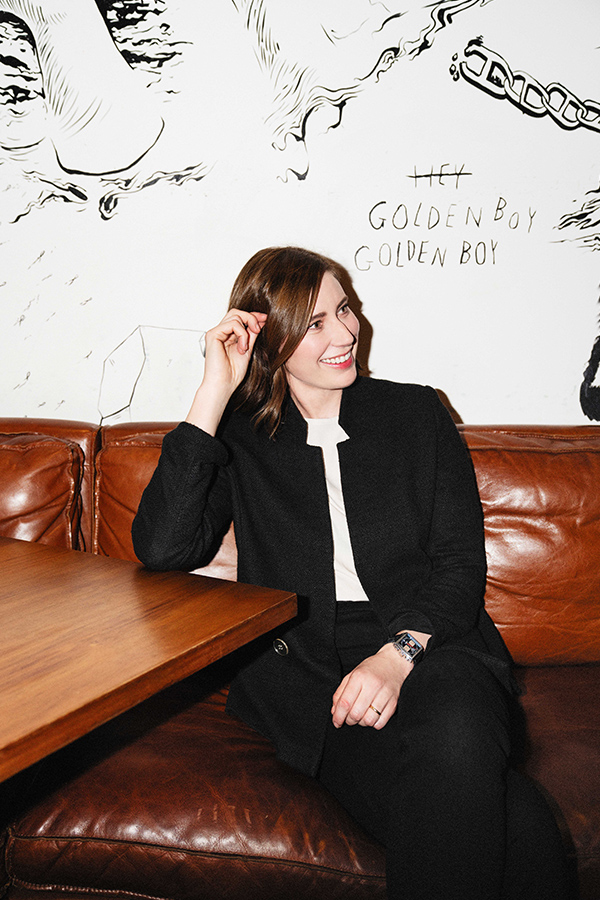 Sondra Deering is the co-founder of Golden Boy and part-owner of an array of food and beverage businesses across Adelaide you’ll have eaten in but we cannot name. Sondra reinvigorated The Store in North Adelaide and has worked the drive-through window of Hungry Jacks in Hackham West.

“When I worked there, you had to wear lipstick and call the orders over the microphone,” says Sondra.

She was 14 or 15 at the time. Tall – as she is now – and sporty, more comfortable on a basketball court than blurting out burger orders for an entire restaurant to hear. Sondra grew up quickly there.

She copped a burger to the head once. Turns out teenage boys with ‘P’ plates have always been shit, but Sondra says Hungry Jacks was pivotal in her career.

“I think everyone should work there,” she says. We seek clarity.

“Everyone,” she confirms. “I will hire anyone that’s worked there for a period of time. They teach you procedures and processes, uniform, cleanliness. When I ran the drive-through there were no computers, so you had to remember ten orders at once – that sort of thing.”

Procedure, order, cleanliness and customer service are hallmarks of Sondra’s career and trademarks of her businesses.

So, why is Golden Boy so popular?

“Consistency,” is the one word answer.

While Sondra is busy delegating and empowering others in her businesses, success has been a long time coming and a hard-won outcome.

“I’ve been in this building for 17 years,” says Sondra adding that her husband and partner in the businesses, James Hillier is the only person to have been here longer.

The couple have managed three children along the way, and lived, for a good period, above the Botanic Bar in an apartment overlooking North and East Terrace. City life made motherhood easy, says Sondra, even if she had to run out of the bar and back up to the apartment every time someone lit up a cigarette.

Sondra’s children are an important part of her restaurateur credentials because in 2009 Sondra fell pregnant again – this time with twins – and this coincided with her deciding to open a restaurant. She and James acquired The Store on Melbourne Street in North Adelaide and embarked on an ambitious renovation project for what they envisaged would become a successful all-day restaurant.

“Because I think I was bored,” Sondra offers as her motivation to buy and transform The Store.

“I like to keep busy; with Sebastian, that was great – everyone could come visit me when we lived upstairs, and I never felt isolated with him. I found that quite easy, having a newborn above the business and that sort of thing. We lived in the city and that was great, but by the time the twins came we were out of the city.

“It was isolating and I missed things.”

The energy of The Store’s refurbishment and re-launch consumed Sondra and eliminated her isolation. Those who dined there before and after she took over will know the full scope of the transformation. It was immaculate and intricate and it was table service and it was a full kitchen from sun-up to well past sun-down.

The pressure and the hours of work involved with getting The Store up and running were enormous and this took a toll on everyone involved. Sondra notes, in-particular, the founding chef’s resignation as a huge wake up call for her, saying the chef’s departure made her feel as though she’d been, “left with the baby on my own.”

The baby in this instance being The Store, not to be confused with Sondra’s real life twin babies Finn and Margot.

“I remember driving to work on a Sunday morning, thinking, ‘How many people are hungover? I’m having to pay for someone to look after my kids at home, and I’m going to a job to look after more kids.’

“I just pulled over to the side of the road, and I said, ‘I can’t – you know – I can’t follow this investment all the way through. I’m done.'”

Sondra sold the business quickly after that. But this experience didn’t leave the restaurateur shaken as much as it hardened her resolve. Prior to opening she recalls having a strong gut-feeling that the project wasn’t right, but she kept getting told it was going to be great.

“I learnt to trust my gut after that,” she says.

I think Amalfi’s style of service is something I really brought to Golden Boy. 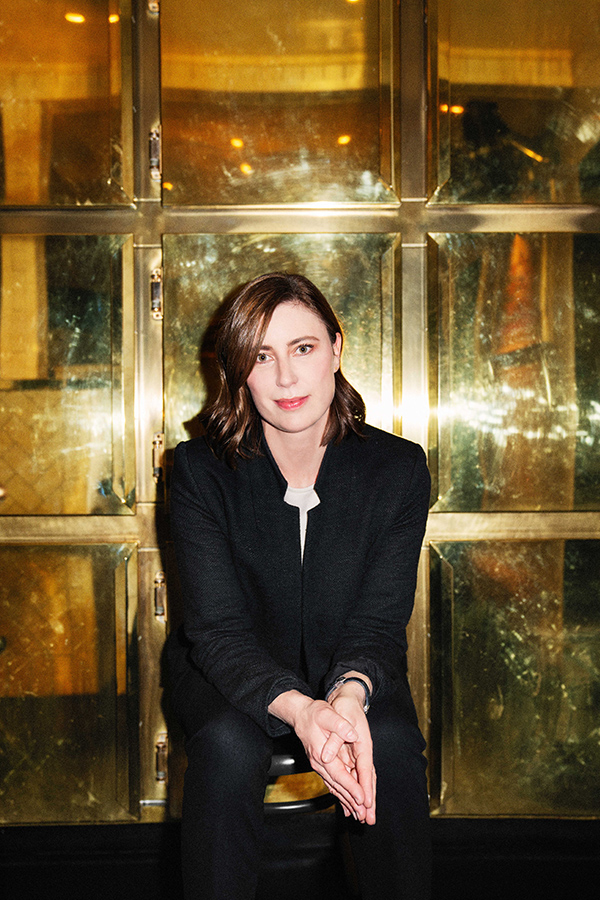 While Adelaide experiences an unprecedented boom in new food and drink destinations, it’s important to recognise the pioneers of the period that intervened between the heyday of Adelaide culinary exploits, before the State Bank crashed and the Global Financial Crisis. Their enduring impact should be celebrated.

However, Sondra is the last person to accept any praise or accolades.

For her, she’s learnt everything from the people who came before her.

After Hungry Jacks she credits her time at the Hyatt (now Intercontinental) with forming the backbone of her approach to service.

“They put us through two full days of training, just learning about the Hyatt and every single Hyatt in the world. I got to serve Bill Clinton,” Sondra reveals.

Did you serve The President personally?

“Yeah. Every time you walked past, he put his arm around the chair next to him, and so when you walk past you have to brush up against his arm, because the tables are really close together.

“I was like, ‘He is a sleaze bag!’ That was really fun holding a tray of champagne and trying not to shake; you know? Being star struck. Then the Queen as well. So she came over that same year.

“I didn’t get to serve her directly, I served a politician a few seats down. But that was really interesting, you know, how you can’t cross the Queen? You have to leave in the back of her, you can’t walk in front of her.”

And in the same breath as listing Queens and Presidents on her CV, Sondra also dotes on the likes of Frank Hannon-Tan of Amalfi and Maria Favaro of Chianti.

“I think Amalfi’s style of service is something I really brought to Golden Boy. It taught me a lot about fast-paced service. Having consistency of product. I love the fact that every time you dine there it’s the same.

“Then I learnt a lot from Maria about making customers feel like they’ve been hugged, right? When they come through the door, you know, everyone feels special when they arrive,” says Sondra.

Frank fired Sondra as a 20-year-old after only a few months at Amalfi, but that too, the restaurateur says, built her character and encouraged her to take the work and the industry seriously.

Golden Boy melds both Chianti’s warmth and Amalfi’s pace, but it wasn’t until recently that Sondra achieved the final mark of a true restaurateur and became a cook.

After parting ways with founding chef Nu Suandokmai after only a few months, Golden Boy and Sondra struggled to find the right person for the kitchen. It wasn’t necessarily a creative role, admits Sondra, “more like a ‘position available.'” And so with each hire, while she was managing the floor she became increasingly frustrated by the one per centers – the small problems in the kitchen that would manifest on the plate.

“Then I spoke to Duncan from Africola, and he was just like, ‘Babe, you know the menu better than anybody else. I can teach you everything else you need to know.’ So he gave me my little lessons,” says Sondra.

Duncan taught Sondra how to stand at the bench, he gave her knife lessons and opened up a whole different perspective on her business.

“I knew everyone, but I was like, ‘I’m not your boss in the kitchen. You show me what to do,'” says Sondra. And so she got insight into what was happening with wastage, how the dishes were being presented, what’s actually hard, what could be improved, and the outcome was a deeper, mutual respect between herself and her team.

Being a restaurateur in title is one thing, but after taking the time to sit down with one it does give us pause – especially as journalists – to consider the importance of words and what they mean.

Opening a restaurant is one thing, and knowing restaurants is another thing entirely.

Resilience is at the core of Sondra Deering’s story, from having to squeeze her butt past Bill Clinton to pulling over to the side of the road and admitting to herself that she was not okay with the way her business was treating her.

Strength comes from the ability we have to be honest with ourselves and to do what we can, with what we have – where we are. It was another President who said that, but for Sondra strength is also about acknowledging others and loving what you do.

“That includes your partner, your husband or wife, your friends, the people that work with you.”