We lament not tasting their Okonomiyaki sooner! 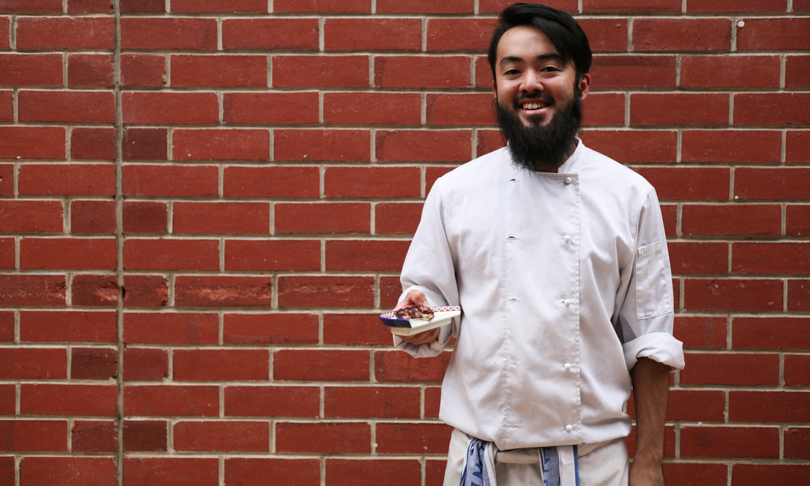 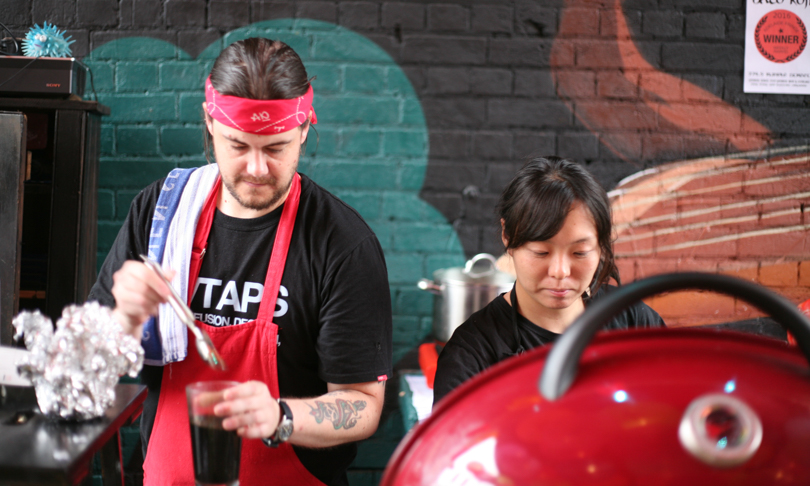 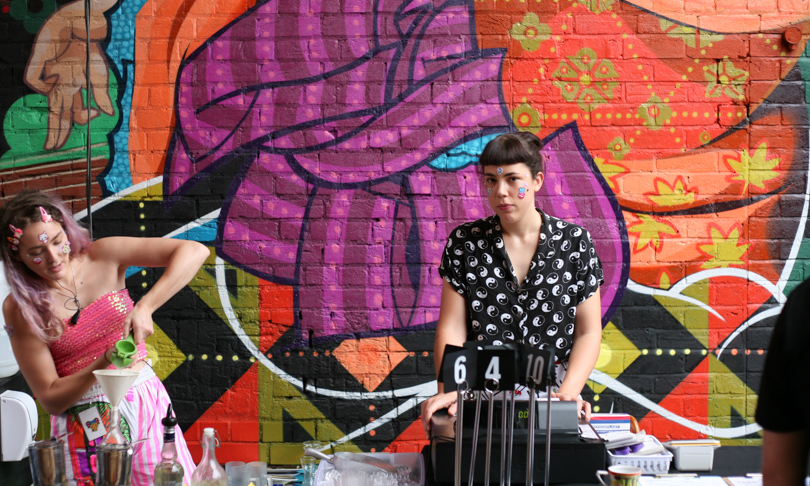 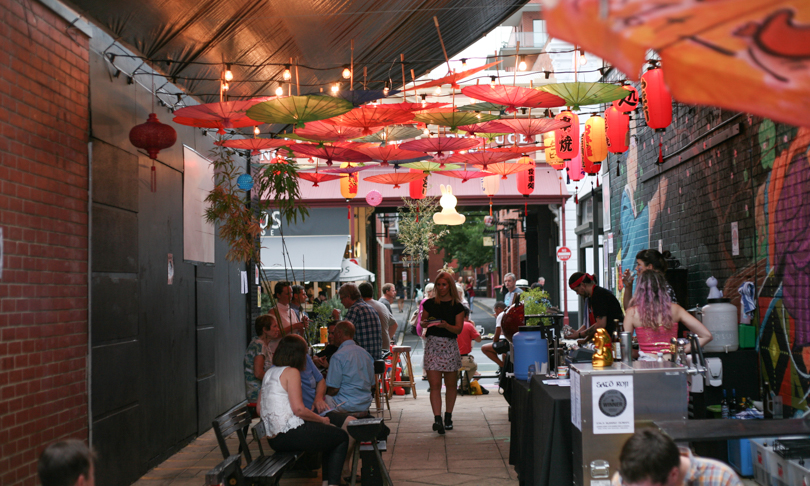 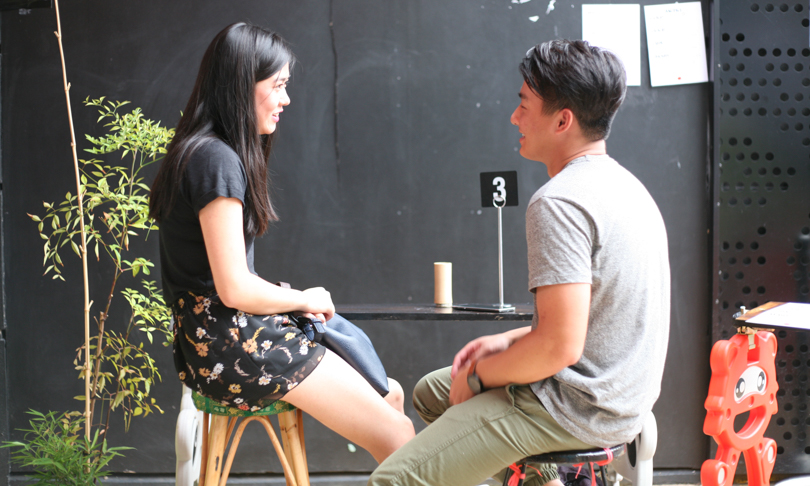 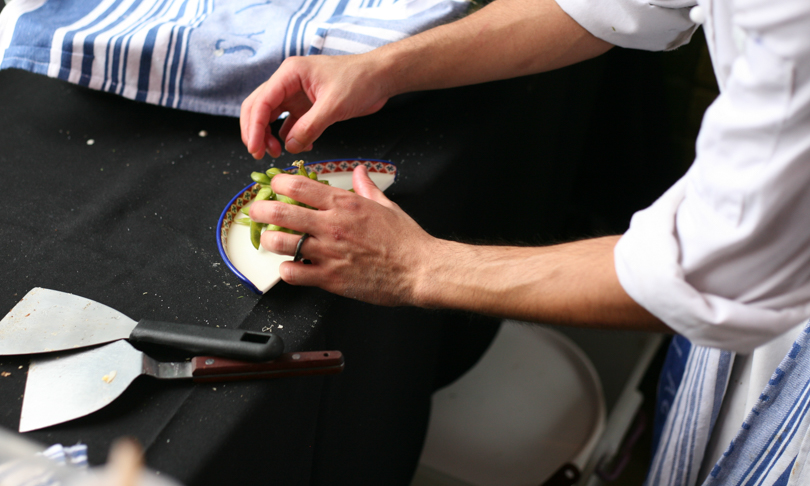 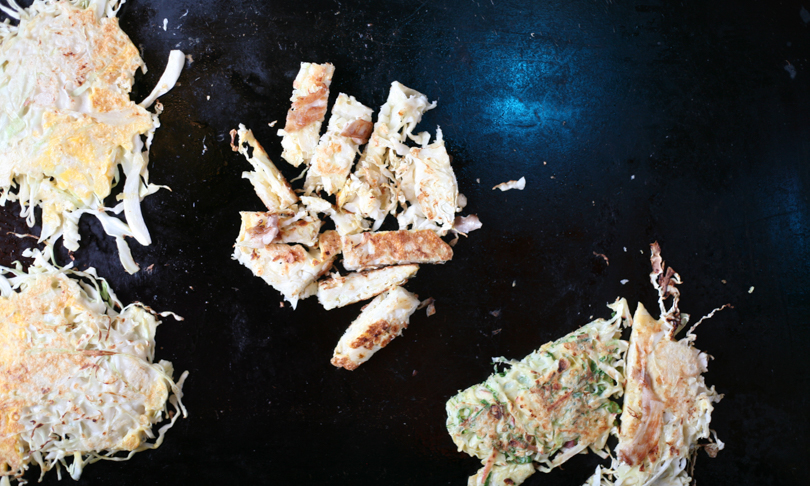 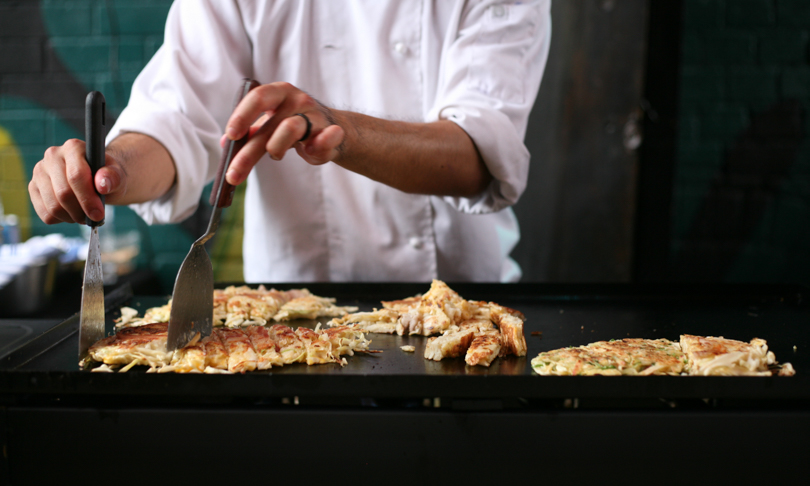 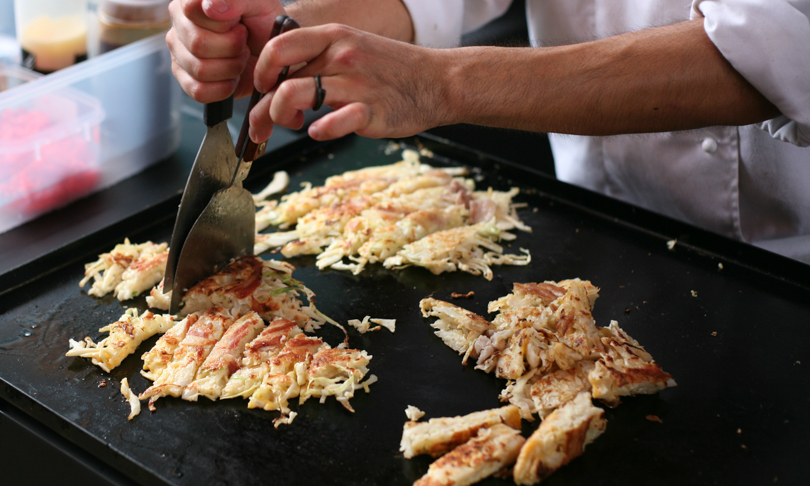 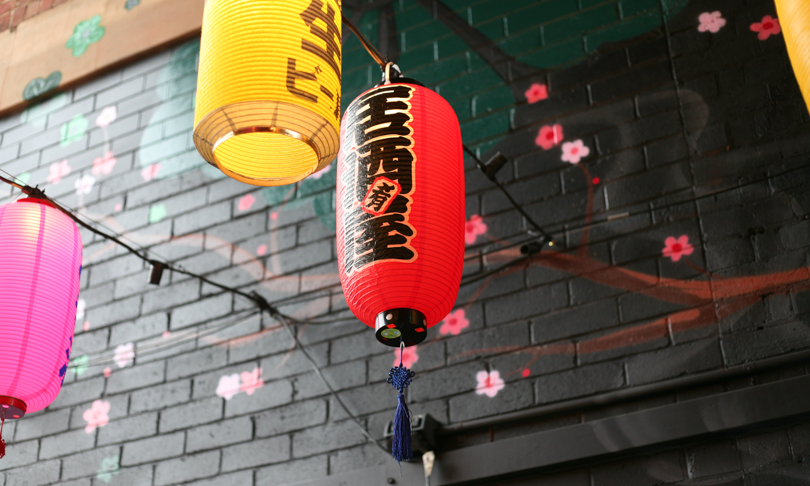 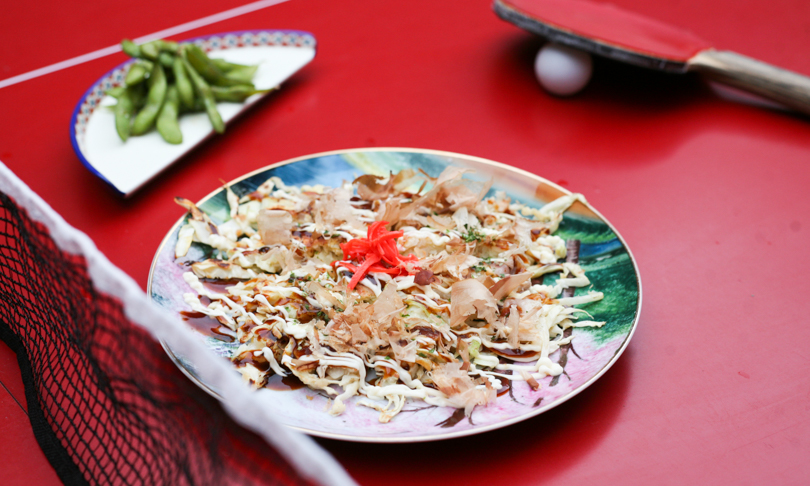 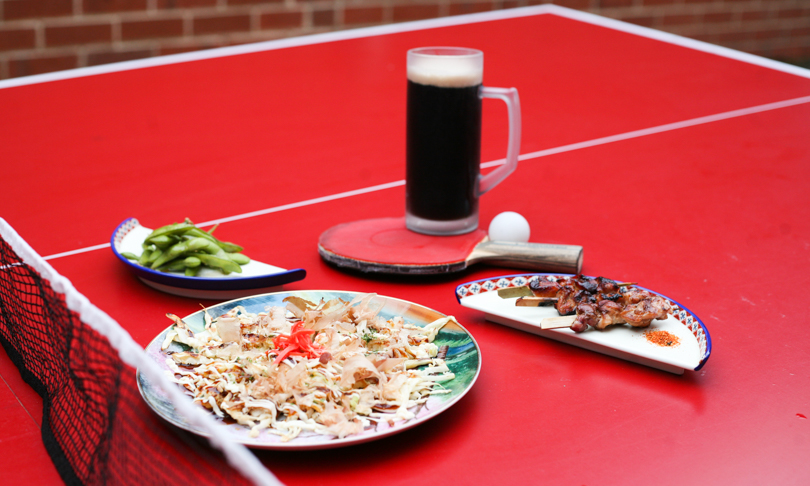 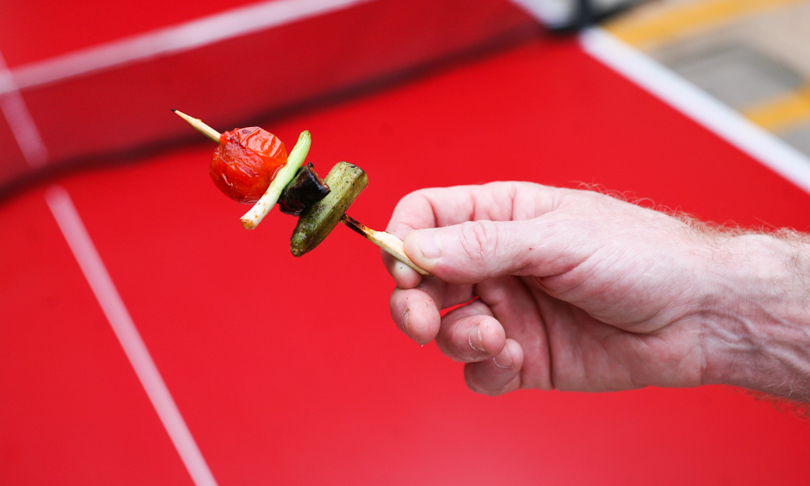 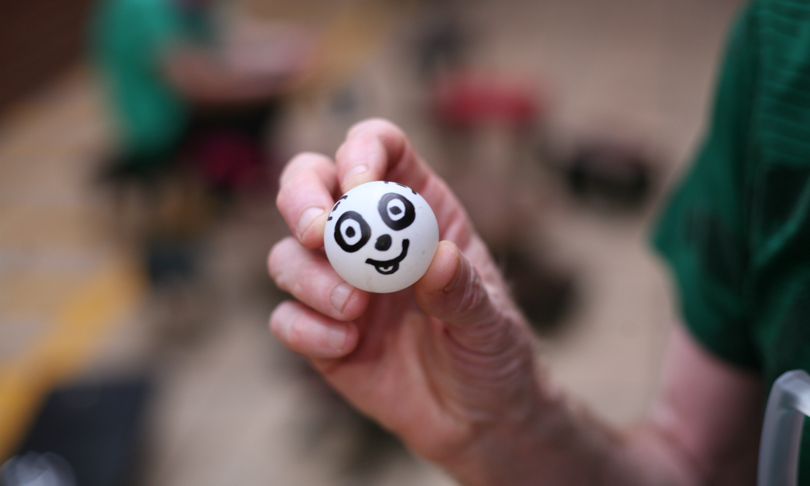 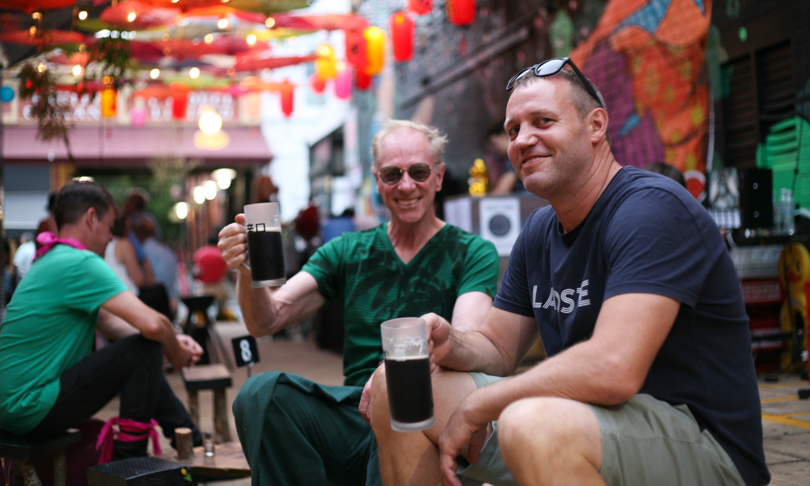 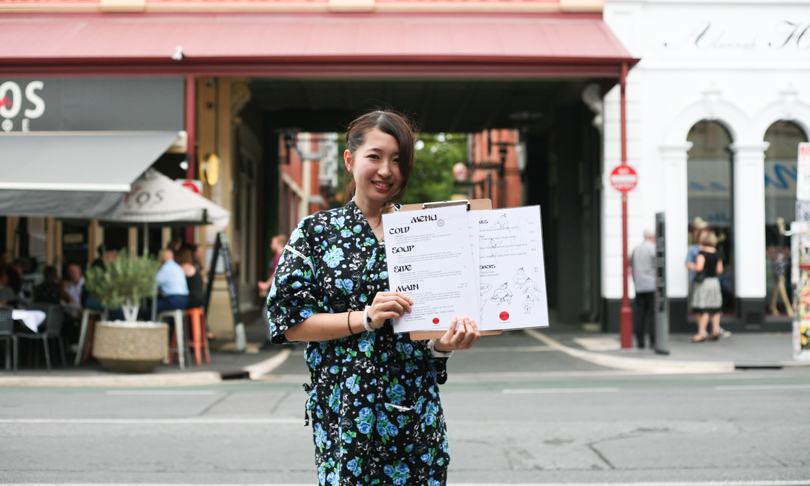 Adelaide’s iconic Driller Jet Armstrong is a complete Japanophile. He loves the country, its culture and people.

You can find Sato Roji in the laneway next to Sugar, which is located at 274 Rundle Street, Adelaide. It is open Wednesday-Sunday from 6pm to late.

“My friends Takumi and Chia from Kyoto were here and even though I tried with Immigration to get a special visa that would allow them to work for me, they wouldn’t allow it. During the process Takumi was an hour late submitting his extension visa and they deported him,” says Driller.

Not much time had passed when Driller’s business partner Ben Modra rang saying that a guy called Takuma Yoneoka had walked up the stairs at Sugar to see if they needed a Japanese chef. Now, why would Sugar – a night club – need a Japanese chef you might ask. 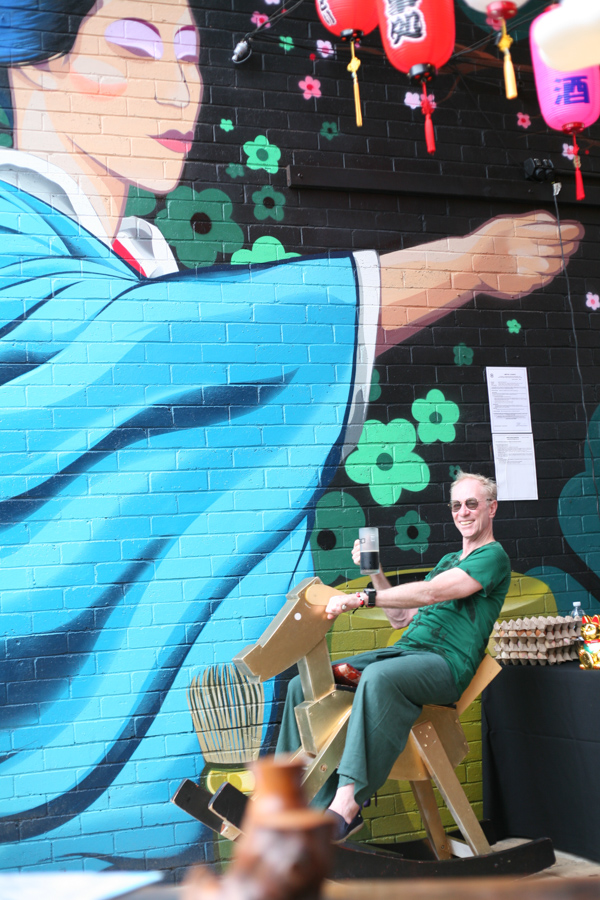 But Driller and Ben hired Takuma on-the-spot and, almost as immediately, started offering Okonomiyaki on Friday, Saturday and Sunday nights alongside the more traditional drinks and music, for which Sugar is renowned.

From there, the idea expanded to occupy the little-used laneway off Rundle Street which sits right next to Sugar’s front door.

It wasn’t until the new director of Fringe, Heather Croall, took up Sugar’s plight to activate the lane that any traction was reached with the landlord.

“Heather was great throughout the process,” says Driller continuing, “When there was a hold up with Liquor Licensing she got straight on the phone and things started moving again.”

Sato Roji translates to Sugar Alley and the bar / restaurant is every bit the brilliant melding of Japanese and Australian culture for which we’d hoped.

From the double barbecue engine at the heart of this machine, to the wonky low stools and tables (many of which Driller constructed himself from his memories of visiting Japan), the sparkling stickers on the young and charismatic Sugar staff faces and the impeccably presented Head Chef –everything helps capture the true spirit of the myriad Izakayas that exist down Tokyo’s laneways.

And that impression comes even before tasting the menu.

Chef Takuma is from Kagoshima in Japan and as each dish was lifted from the barbecue and ushered to our table (a ping pong table), our noses sniffed out memories of dinners in crowded bars spent standing with a large Asahi in one hand and a skewer of delicious-grilled-god-only-knows-what in the other.

Fortunately at Sato Roji the most daring item on the menu is the chicken heart skewers – which are clearly labeled and completely delicious.

The temporary venture has been an overwhelming success for Driller and Ben.

And while the very ephemeral setup at Sugar’s laneway might not convince some minds of the project’s feasibility – the incredibly authentic, delicious and fun food we encountered makes our hearts believe that it has to happen.

Sato Roji will be popping-down along when the Fringe concludes, so do not miss out on sampling Takuma’s home-style menu before then.