SA Food Month had to happen

Publisher of CityMag Josh Fanning has watched Adelaide and our broader state flourish with new food and drink enterprises over six years. The time has come to comprehensively celebrate these delicious businesses in a month-long festival of food.

Before Leigh Street was “Leigh Street” it had a giant empty space for rent where Semaphore eatery Sarah’s Sisters Sustainable Café once was.

Before Leigh Street was branded vibrant and given a few murals, closed to cars, and opened to regional wine showcase takeovers it was a thoroughfare for people legging it from the train station to work in the CBD.

Over many and various conversations with Julie Barnes of Leigh Street Luggage, we learnt of a bygone Leigh Street – a street where cars could drive both ways, where cars might even mount the curb and terrify the odd tourist while they were left idling, door ajar as the driver quickly dashed in to pick up dry cleaning from Alec the barber.

Julie’s memories of the street painted it in a positively romantic light, but in 2009 – when I moved into the neighbourhood – it was dead. You couldn’t get a decent pintxos or vino to save your life.

But then came the Irishman. Rory Bourke landed several shipping containers of statues, furniture, textiles, crockery, cutlery, light shades and timber from Bali and he and his business partners set about building Casablabla at number 12 Leigh Street. The bar and restaurant was unlike anything I’d seen before and it was an immediate success with its belly dancing snake charmers, taiko drummers, flamenco performances and touring music acts.

Casablabla had a decent kitchen and great booze. It employed a diverse staff of young people from different cultural backgrounds and basically felt like WOMAD every night of the week. Casablabla not only changed Leigh Street but made Adelaide feel different to me.

Throughout July our three mastheads will be dedicated to sharing the stories that define Adelaide and South Australia’s unique culinary culture – the past, present and future of food in this great state. SA Food Month will celebrate the unsung heroes as well as take a peek under the hood of some of our most supercharged food and beverage success stories.

We’ll be launching a new podcast for the month with insightful and in-depth interviews as well as a series of lists to help you navigate your way up, down, through and right out of town to explore South Australia’s abundant regions. SA Food Month will celebrate the true grit of our great terroir.

We won’t be flying in the beautiful people to take photos of themselves at our best venues. Instead, we’ll be inviting you to get out and into those very venues to discover how accessible and amenable our best chefs are.

Your gastronomic journey in South Australia can just as easily lead you to a perfectly baked pasty in Yankalilla as much as it can to a charcoal-cooked damper roll on Rundle Street.

One thing leads to another, and another.

Leigh Street is a celebrated destination in our city that – quite simply – didn’t exist in the same way it does now, just 10 years ago. And while the internationally awarded bar Pink Moon Saloon only opened three-and-a-half years ago, it’s important to understand the history and how each of your favourite places took inspiration from another. 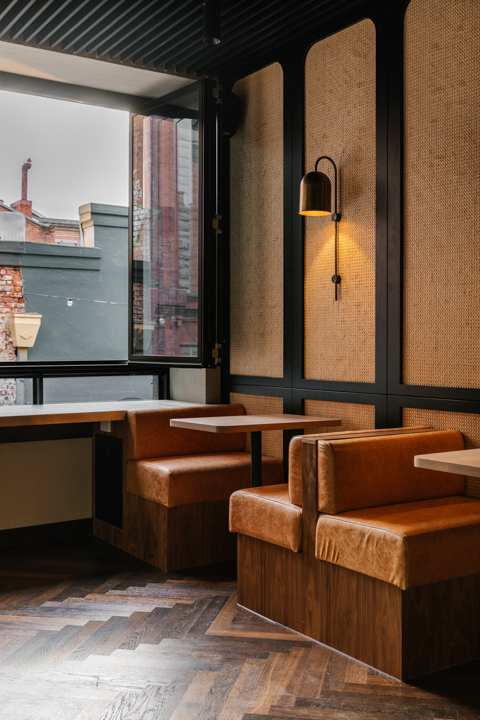 Paloma: Peel Street’s newest bar in the building that once housed Chihuahua Bar

What’s happening with South Australian food and drink businesses right now is downright exciting, but it’s been building for some time now.

And when I look down the pipeline at the projects I know about, at our booming craft beer and spirit industry and our growing condiment, smallgoods, and agricultural exports, as well as the increased awareness of native plant alternatives, we simply had to stop and take stock of everything that’s happening in food in South Australia right now.

SA Food Month is a month-long festival of the places, the people and the products that make SA Great. SA Food Month was inevitable.

Read CityMag, InDaily and SALIFE in July for special SA Food Month features, offers to readers from South Australian cafés, bars and restaurants, and much more.

If you’re a food business that wants to get involved, contact advertising@solsticemedia.com.au

The SALIFE Food and Wine List 2019 – a comprehensive publication covering the best of South Australian bars, cafés, restaurants, local produce, wine, cellar doors and food experiences – will be on sale from July 4.