Piccoli Piatti offers "a hybrid of Italian and tapas," courtesy of the team from Peel Street venues La Rambla and Cocktail Therapy Bar.

On Wednesday, 8 May, Italian restaurant Piccoli Piatti opened its doors in North Adelaide. Formerly known as Cucina, the O’Connell Street space has undergone an extensive refurbishment to accommodate its new concept.

“We’ve gone for that sort of vibe where people can come for a casual drink… Where you can sit down and have a couple of dishes, sort of a hybrid of Italian [and] tapas,” says head chef Jamie Carter.

“The beef carpaccio with the beetroot, black garlic aioli and crotons is probably one of my favourite dishes.”

Tom Smith, Kyle Young and Steph Gibbs, who also co-own La Rambla and Therapy Cocktail Bar, took over the venue in December and began works only seven weeks ago. They gave Jamie full control of the menu.

“We’ve all worked in bars and restaurants together, so it’s a great operation of minds,” says the chef.

“[The] best thing is having an open canvas… These guys trust me a lot.

“They’re all vegans and vegetarians, so they’ve tried probably an eighth of the food. But that brings a lot of creativity into a lot of what I do.

“It means that the vegan and vegetarian side of things in all of our restaurants is one of our primary focuses.

“It also keeps me on my toes because… I make sure it’s not on the back burner.”

Drawing inspiration from a trip he took to Italy two years ago, Jamie says the menu is intended to play on the Italian favourites everyone knows and loves.

“It’s all nice and fresh and light,” he says.

“The ingredients need to speak for themselves. It needs to be able to be shared and you don’t want to walk away feeling fat at the end of it, you still want to have room for drinks.

“So, we went with a menu that’s spilt up into your antipasti ­– we’ve got an extensive antipasti menu with produce from all over South Australia – you’ve got your cured meats, your sausages and cheeses… And rather than big, heavy pizzas, you’ve got a flatbread, which is finished with olive oil. So, it’s a hot bread and then fresh topping, so like a bruschetta.” 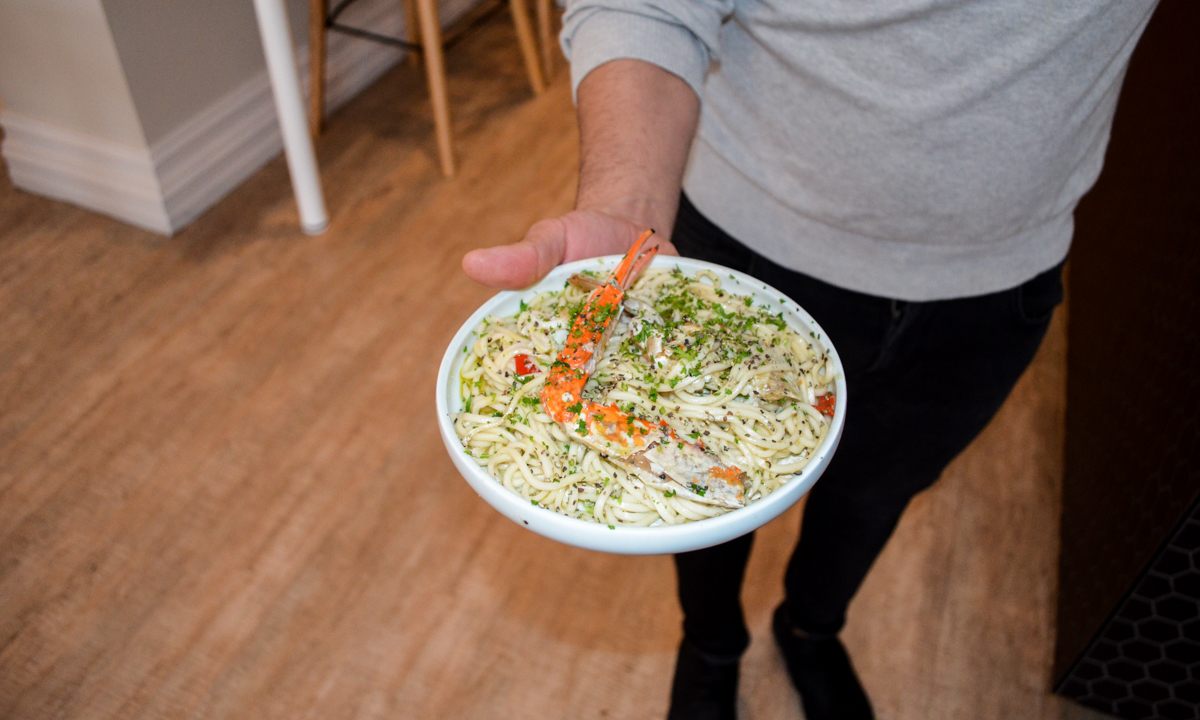 Jamie says an important part of Piccoli Piatti is the cocktail menu, which was developed by Therapy Cocktail Bar’s head mixologist.

“I’d have to say it’s probably the best cocktail list I’ve ever seen in any restaurant anywhere,” says Jamie.

The selection of drinks range from a sweet and chocolatey Espresso Martini to a smoky and complex Il Corleone.

“So local produce-focused, which goes very well with the food too.”

Open for breakfast and lunch from 8am until 2pm and dinner from 5pm, Jamie says flexibility was key in the venue’s refurbishment.

The space itself feels airy and bright, with freshly painted white walls, large wooden light fittings and plenty of natural light pouring in through French doors.

“I think it freshens up North Adelaide, this sort of vibe. It needs it around here. It’s this sort of thing that will attract the younger demographic back into this part of the city, because it’s a beautiful place to be,” says Jamie.

“This street used to absolutely pump 10 years ago and I think we can get that to happen again now. Get some new energy and new vibes and new people, hopefully.”