Therapy for your taste buds.

In their first weeks of trade, Therapy Cocktail Bar had about eight menus stolen. That’s pretty good, we reckon. They’ve got to be doing something right.

Therapy Cocktail Bar is located in the basement of 2 Peel St, Adelaide.

Tom Smith and Kyle Young – two of La Rambla Tapas Bar‘s co-owners – launched Therapy Cocktail bar very quietly in December after a year and a half’s worth of spit-balling, planning and building. 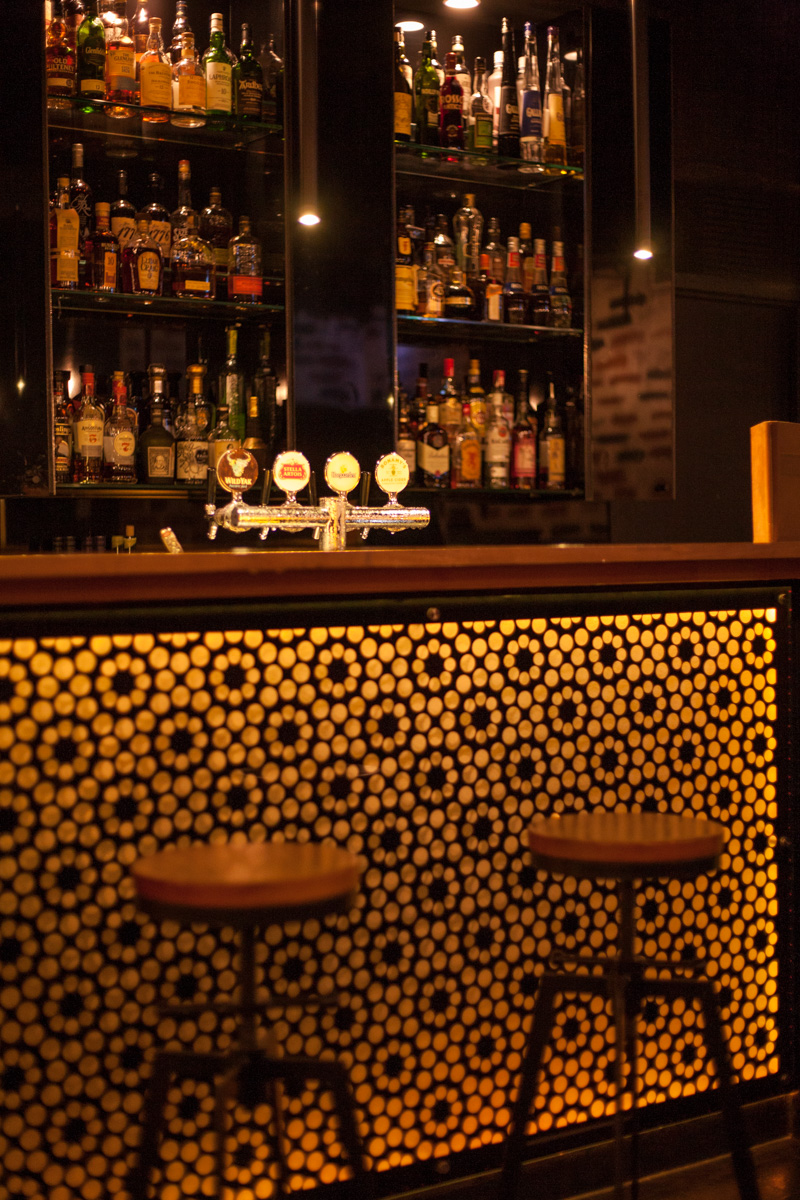 The idea behind Therapy is probably exactly what you imagine.

“At the end of a long day, there’s nothing better than a bit of cocktails therapy, or if you’re straight into your spirits, a bit of gin therapy or rum. Therapy in a bottle,” says Tom.

“One of the other bar tenders here – he coincidentally was at La Rambla – is a qualified psychologist, and we were just joking about it one day and we found out that the name was free and we just rolled with it.”

As well as offering their own version of therapy, Tom says the team also hope to teach their patrons about the cocktails they’re drinking.

“We’re focusing a lot on – I hate to use the word – education,” he says. “So, showing people what’s out there. We do table service, so we do come over and have a chat to people and try and figure out exactly what the best drink is for them.”

“We don’t know everything, but we’ll try and give you as much information about your drink as possible.”

Continuing the theme of education, the menus contain the recipe for each traditional and newly concocted cocktail penned by Tom, Kyle and the bar staff.

“We’ve got our own variations on classic cocktails as well as our own recipes on things that are pretty out-there. We’ve done a lot of spins on classics,” says Tom.

Another proud part of what they do is make their own mixers.

“Almond syrups, raspberry syrups, grenadine – if you get something in a drink, unless it’s obviously the spirit, we’ve made it. We make them every week,” says Tom.

Outside of cocktails, Therapy Cocktail Bar also offers a small selection of local and imported wines and spirits, and a limited but tasty range of gourmet toasties. 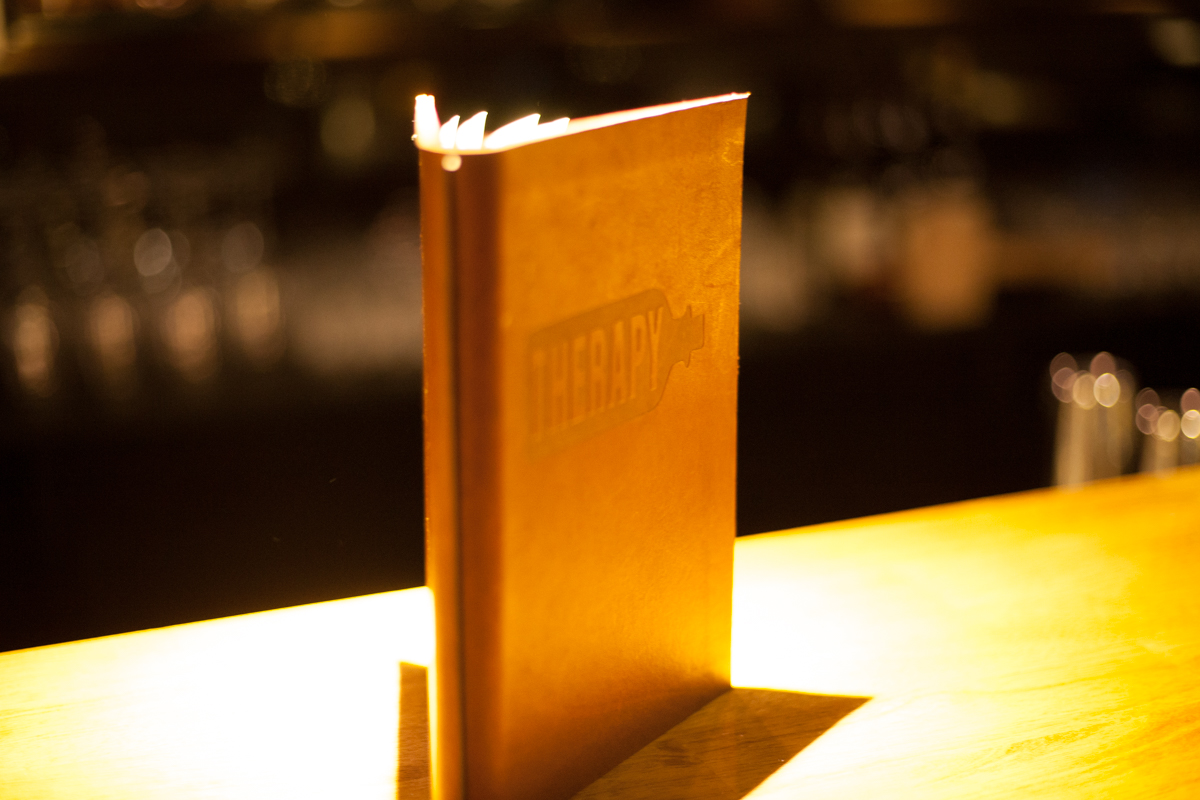 As the venue establishes itself, Tom says they’ll be adding a dedicated gin bar in the next 6-8 weeks.

“There’s another room in the back about half the size of the main room, and we’ll be doing a dispensary – a little gin room,” he says. “We’ve always kind of been planning it, but we did this room first and thought if it all worked out we’d open up that room. And it’s working out.”