With the help of Adelaide design firm Sans-Arc, the Peter Rabbit team has transformed an old barn in Thebarton into an upscale wood-fired brunchery and function space on the bank of Karrawirra Parri River Torrens.

On the afternoon CityMag stopped by, the inaugural Bloom floor team is in for their last training day – a tour of the food offering and wine list.

Last we saw the space, the old barn was an empty shell, and its transformation under the guise of Adelaide design firm Sans-Arc is breathtaking.

Located at 38 Winwood Street in Thebarton, Bloom backs onto Karrawirra Parri River Torrens as it flows behind the Entertainment Centre.

The venue’s back garden is populated by tall gums and lined with luscious grass, with a view looking down over the river’s embankments. It’s as Australian a backyard as you could possibly imagine, and it acts as reference for the café and restaurant’s colour palette.

The open pitched roof is the light muted green of young Eucalyptus leaves, and through the long panels of frosted skylight, the afternoon sun streams through the beams like dappled light through branches.

Below the cornices, the textured walls are bright like silver bark, while elsewhere at ground level, the furnishings in the main dining area are soft brown and light timber hues.

Nature is not only a reference but a feature throughout the venue, with a range of plant life skirting the room.

The seating options are split between a large communal table and individual tables set against two rows of booths. There is more seating available outside in the eastern plaza, and the greenhouse out the back will be used for overflow when it’s not booked out for a function. Taller stool seating is available at the bar at the back of the venue.

The first design element to catch CityMag’s eye, though, is the enormous arched white-brick hearth, from which chef and co-owner Jackson Bennett and his team will execute the menu. 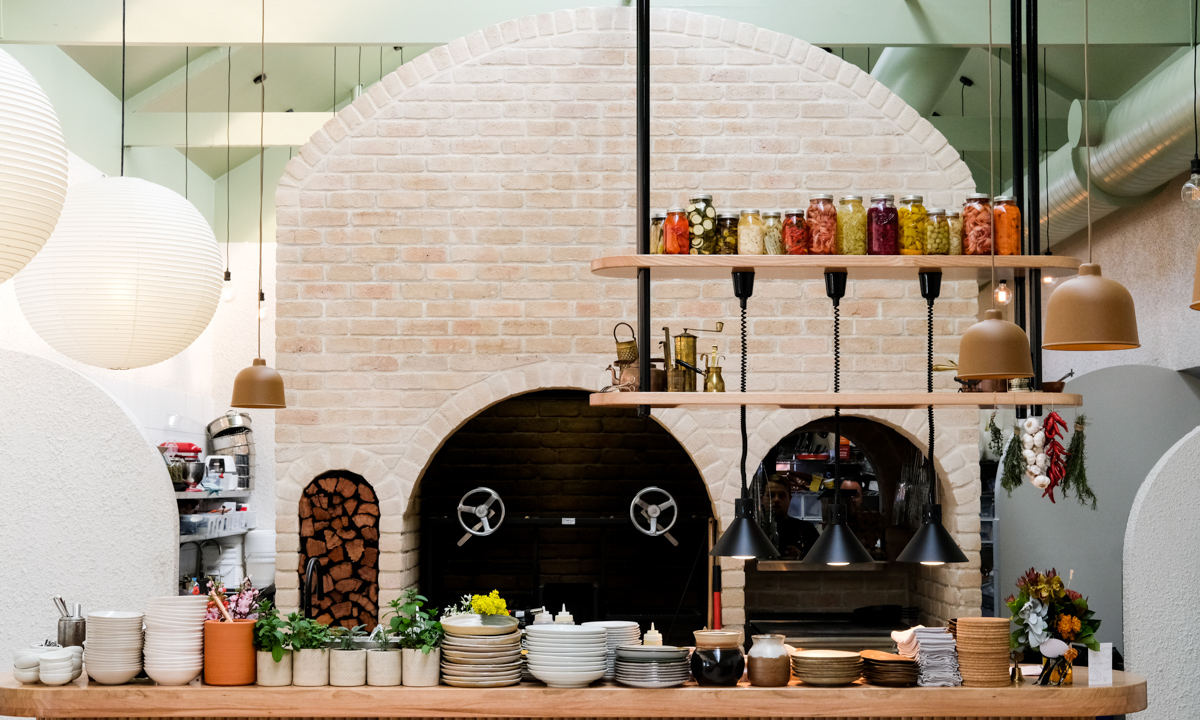 The menu spans brunch through lunch proper, with a list of mains and sides from $10 to $38 – Soiboii fruit toast and damper with chicken skin butter at one end, whole barbecued trout and striploin with macadamia cream at the other.

“We wanted food that worked really well shared or not shared, which is kind of hard to do,” Jackson tells CityMag.

“That was the initial idea, was to try and get groups of people sharing food,” says Bloom co-owner and Peter Rabbit co-founder Jack Nelligan.

“The menu that we’ve revised has been really about having a menu that dishes standalone by themselves, but at the end of the day we’ve designed the dishes to be shared.

“We’ve got an extensive list of sides, so whether you’re coming in in a group of two people or a group of 10 people, you’re really encouraging people to get a mixture of different dishes, adding sides, and just sharing it all. That’s how we enjoy eating.”

The eatery offers table service, and Jackson has deliberately kept away from Big-Breakfast-style offerings, instead trying to elevate expectations of café-style fare.

The ramen, which Jackson has spent years evolving at Peter Rabbit, gets a new rendition at Bloom, and there is also a charcoal chicken yellow curry and mortadella meatball sub (made using a Soiboii baguette) for good measure.

“We’ve never been the type of people that stick to any one type of cuisine. We like eating all kinds of stuff, and as I progress with cooking I want to try every type of food.

“We just try not to disrespect it. Don’t do it if you can’t pull it off.” 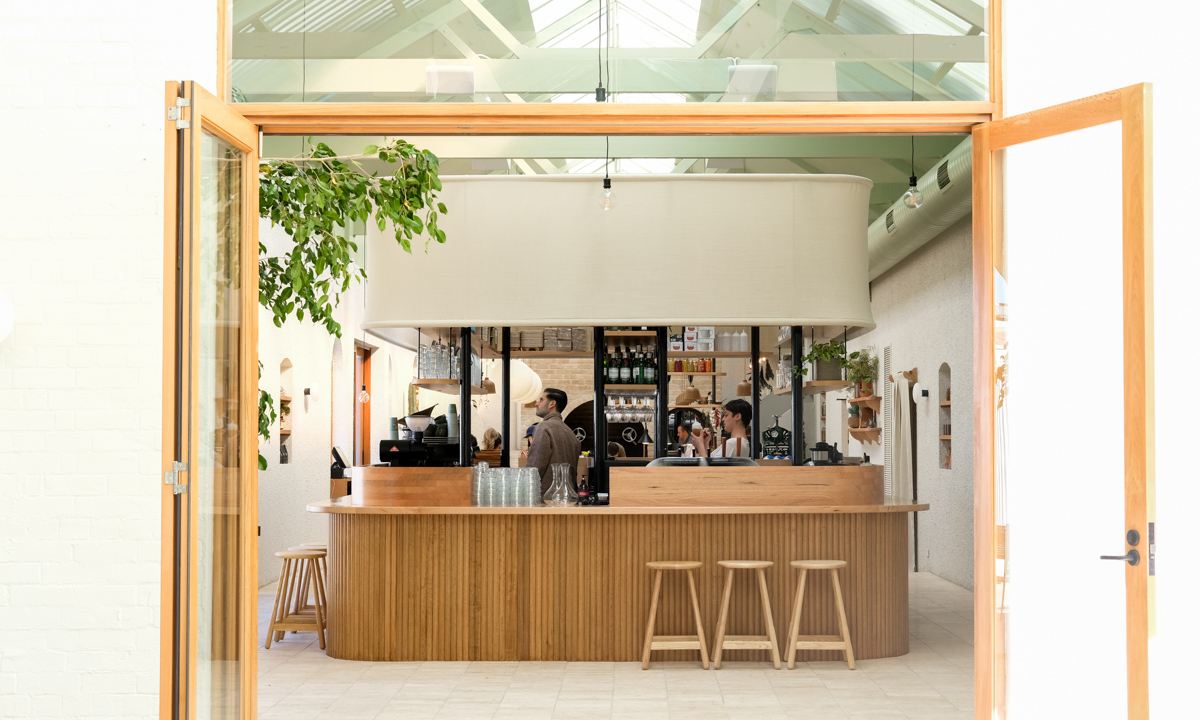 Coffee is available in espresso and filter forms, with beans coming from local roasters 1645 Coffee.

The broader drinks list is indicative of Bloom’s nature as a function venue, with six beer taps – five of which are programmed from the Lion stable – Little Creatures, Furphy and, of course, Bloom’s next-door neighbour, West End. The one tap leftover will rotate craft breweries.

For those looking for a boozy brunch, Bloom also has a short list of cocktails, most around the $15—$20 mark.

Todd found the works while digging through the Metropolitan Museum of Art’s Open Access catalogue. 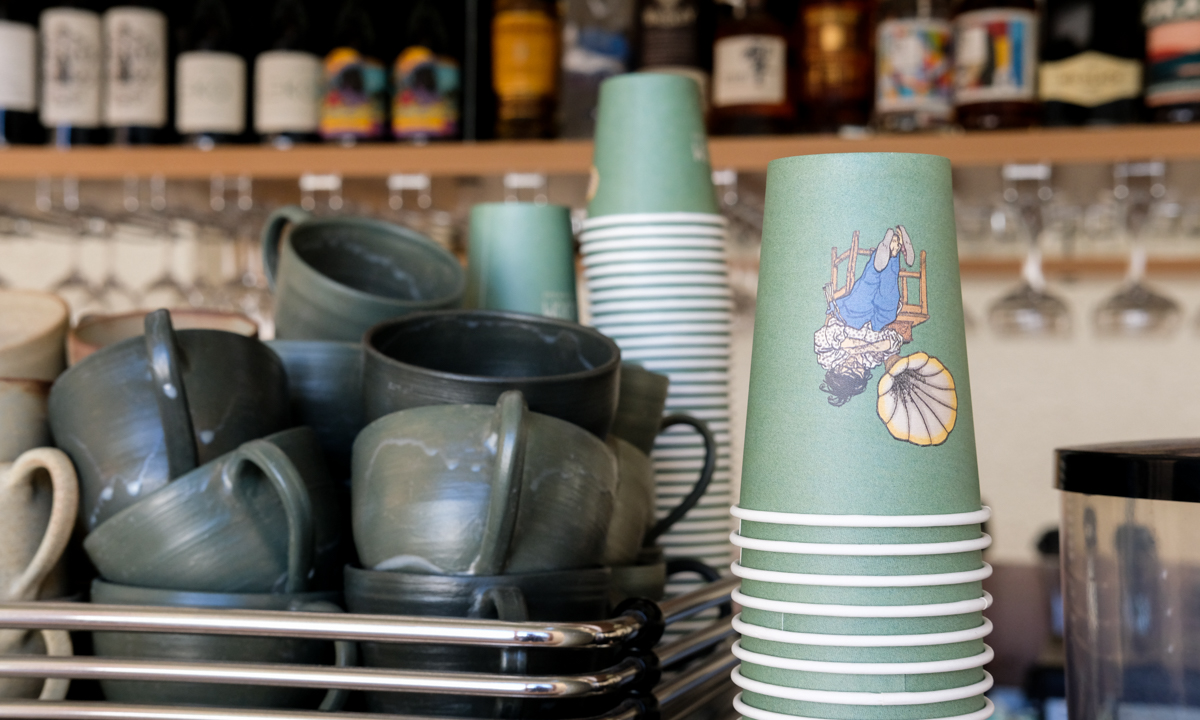 Bloom’s launch is in stark contrast to that of the ownership group’s previous venue, Peter Rabbit.

The CBD cafés started as a neatly landscaped lawn offering takeaway-oriented quick bites for uni students and slowly evolved into a beautifully unkempt garden oasis that encourages diners to sit and stay.

Bloom has arrived as a fully formed idea, built with purpose through the aid of design team Sans-Arc. Though some of the edges have been left deliberately rough.

“Wabi-sabi was what we were after, which was minimalistic, but has character pieces with some natural elements, which come through with the stone or the timber, a lot of those sort of things – even the textured walls,” co-owner James McIntyre says.

“It’s interesting working with an architect, because you always have one idea and then you find that perfect balance between them. So we’re pretty happy with where it’s ended up.” 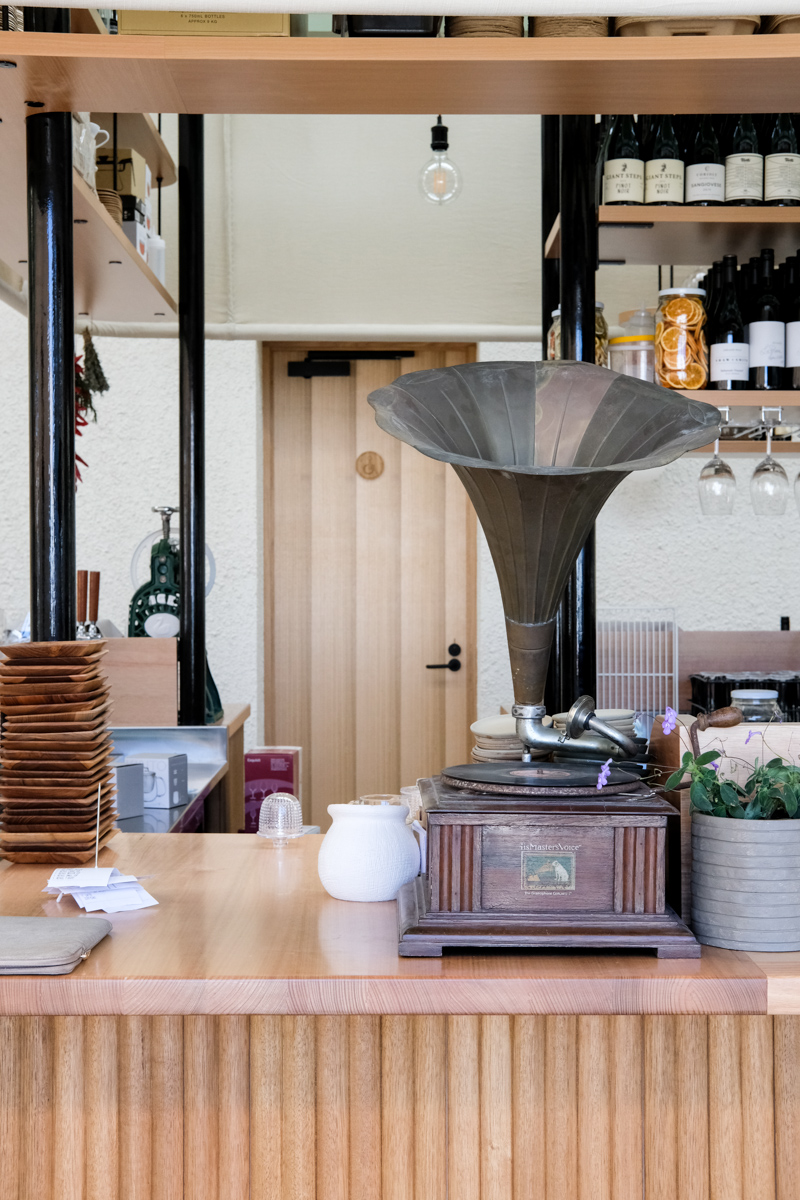 The function side of the business has understandably been curtailed by coronavirus restrictions, but that hasn’t stopped the venue from already attracting wedding bookings.

It’s been a full 12 months since the Bloom team had originally hoped to have opened, but every extra moment of contemplation they’ve been afforded can be felt within the venue.

Even without an event as an excuse, it’s easy to imagine spending an entire day at Bloom, enjoying a meal in the beautiful dining room, moving to the plaza to drink in the sun, before walking out back to look over the river.

Bloom is open 8am ‘til 4pm Wednesday to Sunday and is available to book for functions. Connect with Bloom via Facebook and Instagram. 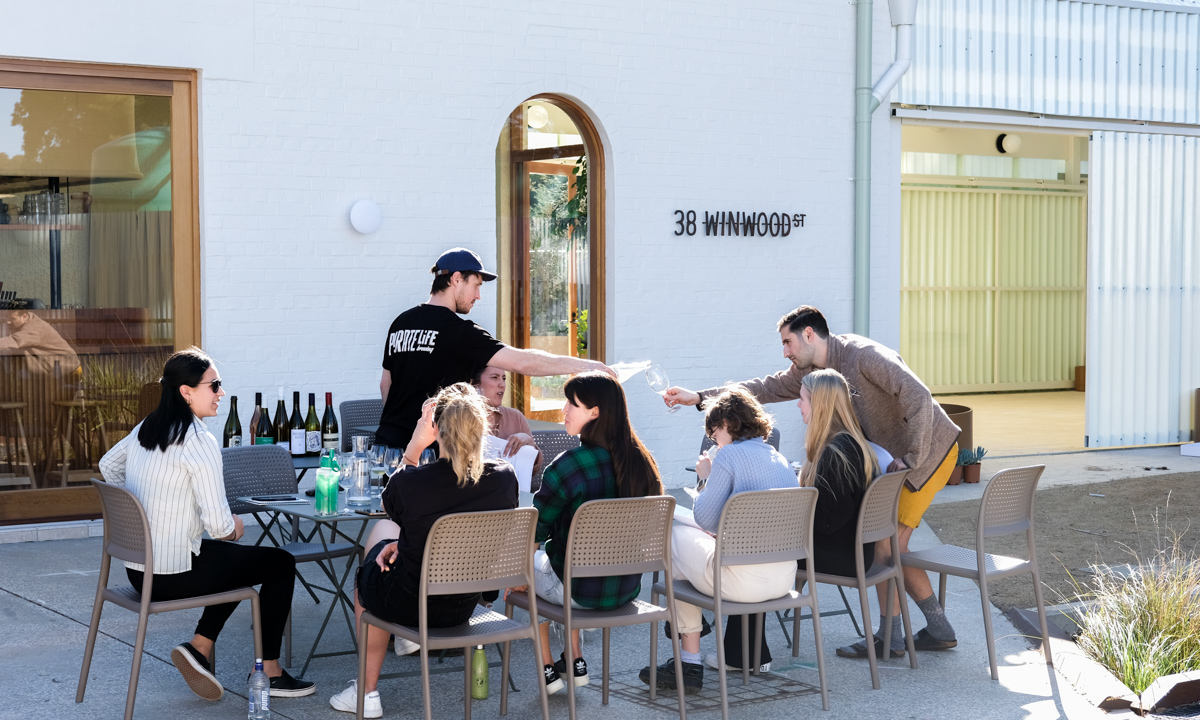