Party for the culture

Hosted by Adverse Reign, SV's is a triweekly DJ event connecting Adelaide's party set and creative community to the contemporary music and culture of Africa.

It was a fortuitous meeting of minds when Jefferson Ofesi walked onto the roving set of Magajie Samoura’s music video, deep in the pandemic times of 2020.

Magajie, a local rapper, was shooting the video for ‘Real Ones’ when a friend of Jefferson’s spotted the film crew.

“He was like, ‘Yo, I just saw a whole lot of Africans and they’re shooting a video’. I was like, ‘Oh, cool’,” Jefferson recalls.

Jefferson, who is a photographer and designer, moved to Adelaide in February 2020 and was still building a network in his new city. A casually easy-going presence, he wandered over to the shoot with his friend and introduced himself.

“All of a sudden there’s these two guys who pulled up out of nowhere, and I’m like, ‘What’s going on?’” Magajie laughs.

“He pulled up and he starting helping out, out of nowhere, you know? That was the first thing. I was like, ‘He’s cool’, because most of my homies were there not even doing anything, you know?

“He was taking behind-the-scene photos, and after the video just sent me a couple of photos on Instagram, and then ever since then it’s just been cool, and we started working together.”

Magajie runs record label Adverse Reign, through which he releases his music and brings together a range of creatives to produce film clips and live events.

He’s put on shows like Word on the Street, a hip-hop showcase festival that has run two editions, and this year he, Jefferson and Issami Siraji collaborated on a series of Sunday parties called SV’s (aka Sundae Vibez). 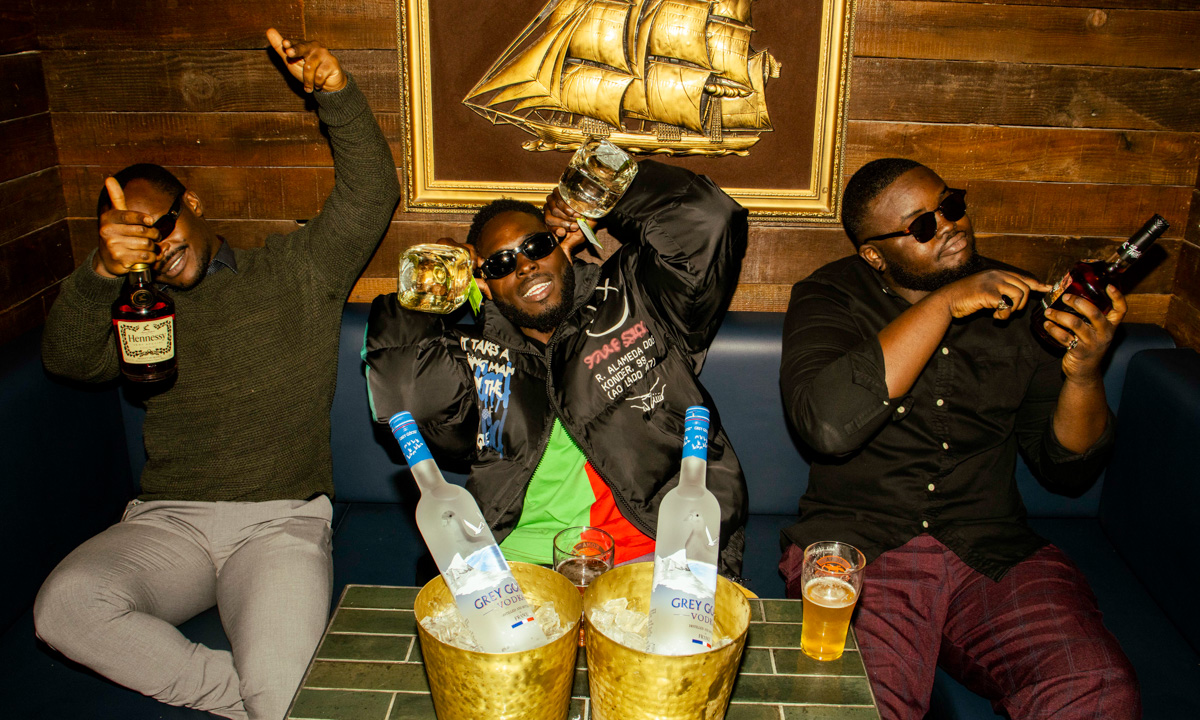 Hosted at The Caribbean Bar on Bank Street, SV’s is an intimately sized gathering, occurring every three weeks, which has consistently attracted a sell-out crowd.

Both Jefferson and Magajie toyed with the idea of a laid-back DJ-led party independently before realising they had a similar idea of what Adelaide was missing.

“The thing about SVs is it’s all about intimate, exclusive type of interactions,” Magajie says.

“You can’t get that on a Saturday. The crowd is a bit too rowdy. Sunday is for working-class people who maybe have work on Monday but [are] actually not mad at the idea of going out on a Sunday, just having a relaxed time.”

Secondly, something centred on the interests of Adelaide’s African diaspora.

For the first SV’s event, the team tested the waters with free entry, and they were surprised at the level of enthusiasm they received, selling out the 60-person capacity in 24 hours. They introduced a ticket price for the events that followed.

The next SV’s event is happening on Sunday, 8 May, and will feature DJs Soultea (Tumelo Nthupi), Yxng Dave (David Biar), LaMu (Elton Lamu) and Z-N0 (Jefferson, who made his Djing debut at the first SV’s party). 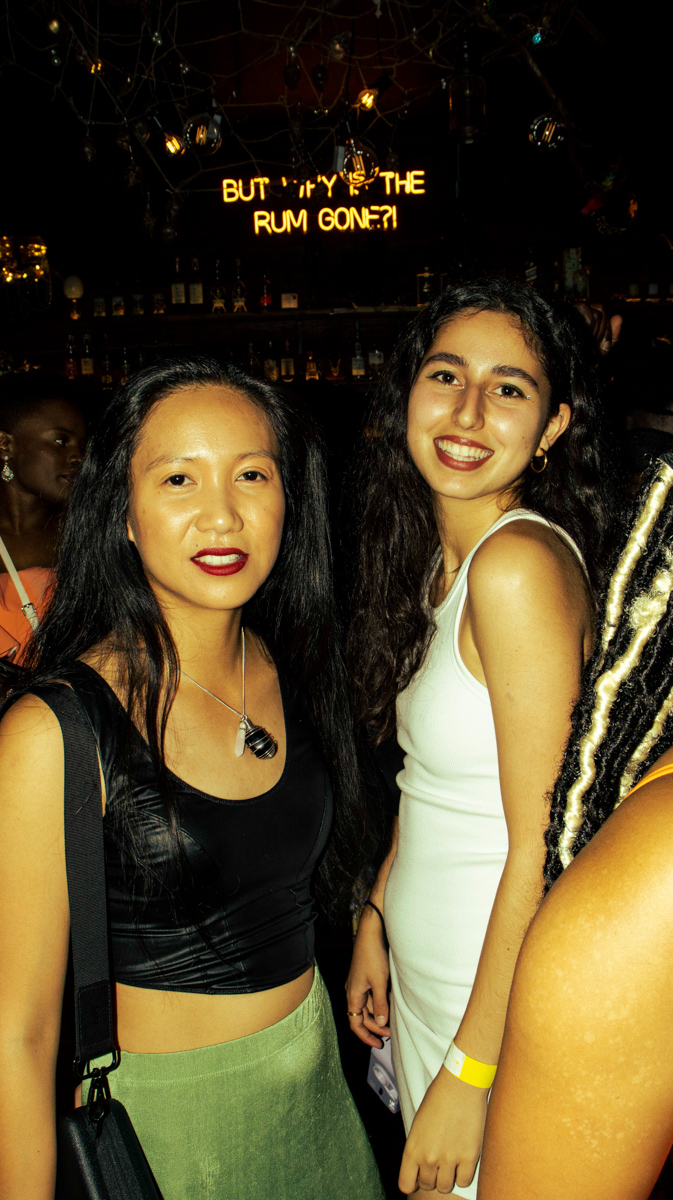 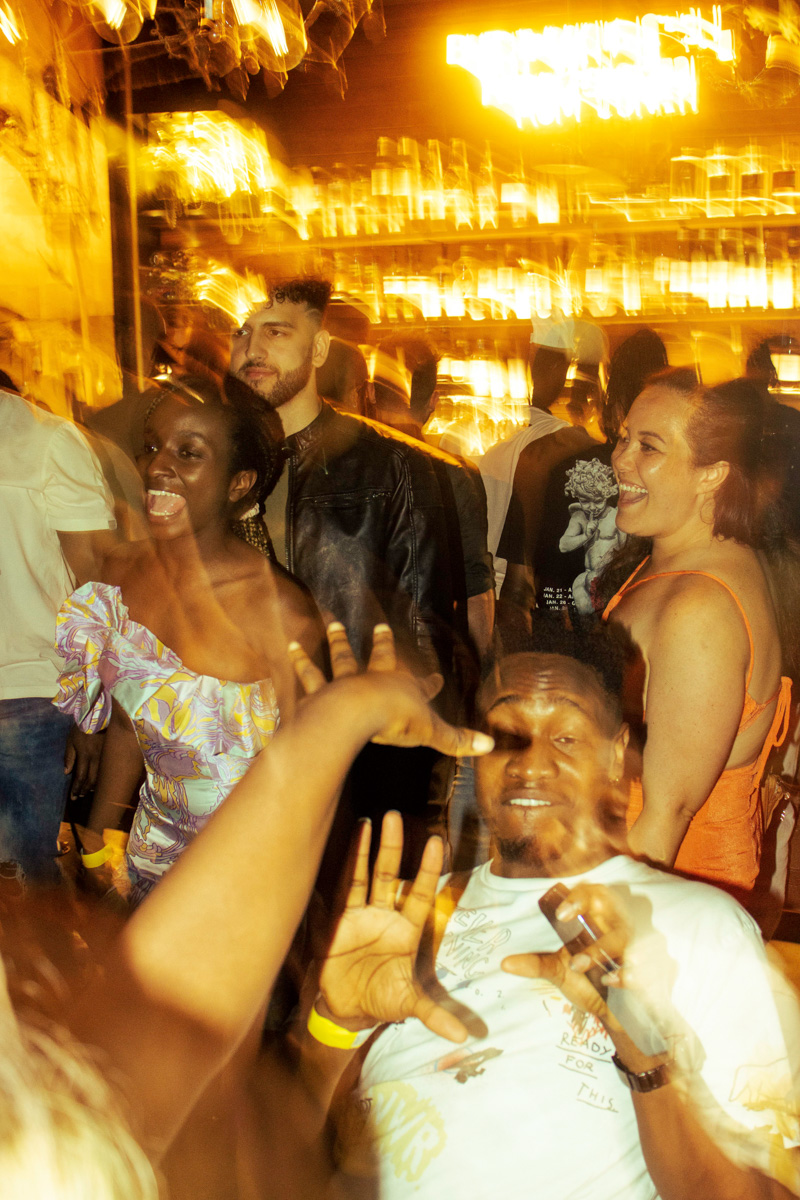 Jefferson’s aim with the music programming is to capitalise on the rising popularity of African genres like Afrobeats, dancehall and amapiano, and offer Adelaide audiences insight into artists from the continent.

“Much of our lives as Africans, we spent our lives kind of being influenced by Western culture – Western music, hip hop, rap, R&B – but still, no one knows us,” Jefferson says.

“But now, they’re getting to know us, so there’s no better time than now for us to introduce people to how we, as a people, have fun, what we like.”

Though SV’s is pitched at a general audience, Jefferson, who is Nigerian, and Magajie, who was born in Sierra Leone, hope the event will help keep local Africans connected to their homeland – whether they’ve moved here recently or are a generation or more removed.

To Magajie, this purpose gives each SV’s event a specific, irreplicable feeling.

“Because we are not just event promoters, we’re creatives – we’re trying to do it for the culture, you know?” he says.

“The people that come to an event, these are young, creative people that are very energetic to actually move the culture, the entertainment industry of Adelaide.

“It’s not just about going out in the night and dancing, it’s more about creating a creative space where people can come out, have fun, network with people, and actually have a really good time.”

“This is the other side of Africa you probably didn’t know,” Jefferson adds.

“We also have African kids who grew up here, so they have really no connections to home. It’s like, we’re trying to give them a part of them that is missing: ‘Oh yeah, this is the culture. This is where it’s at right now’.

“You might be here right now, but we’re keeping you up to date with everything back home, through art.” 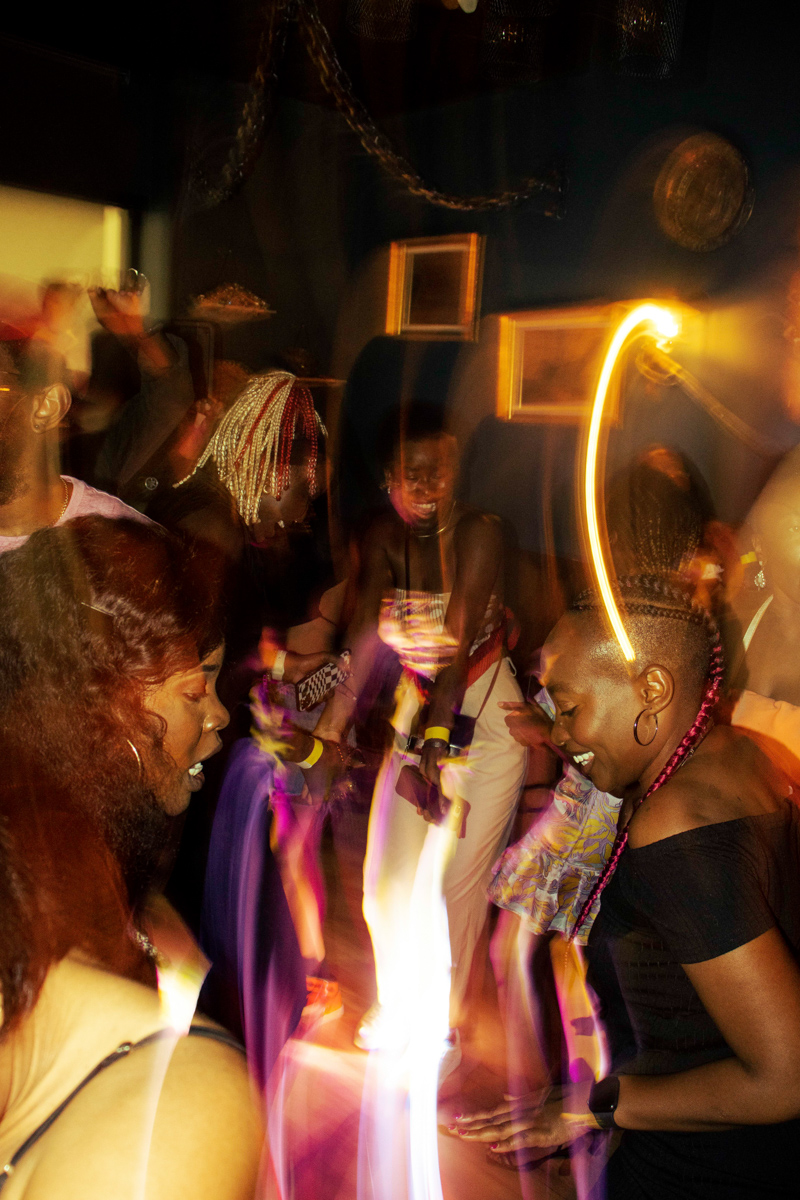 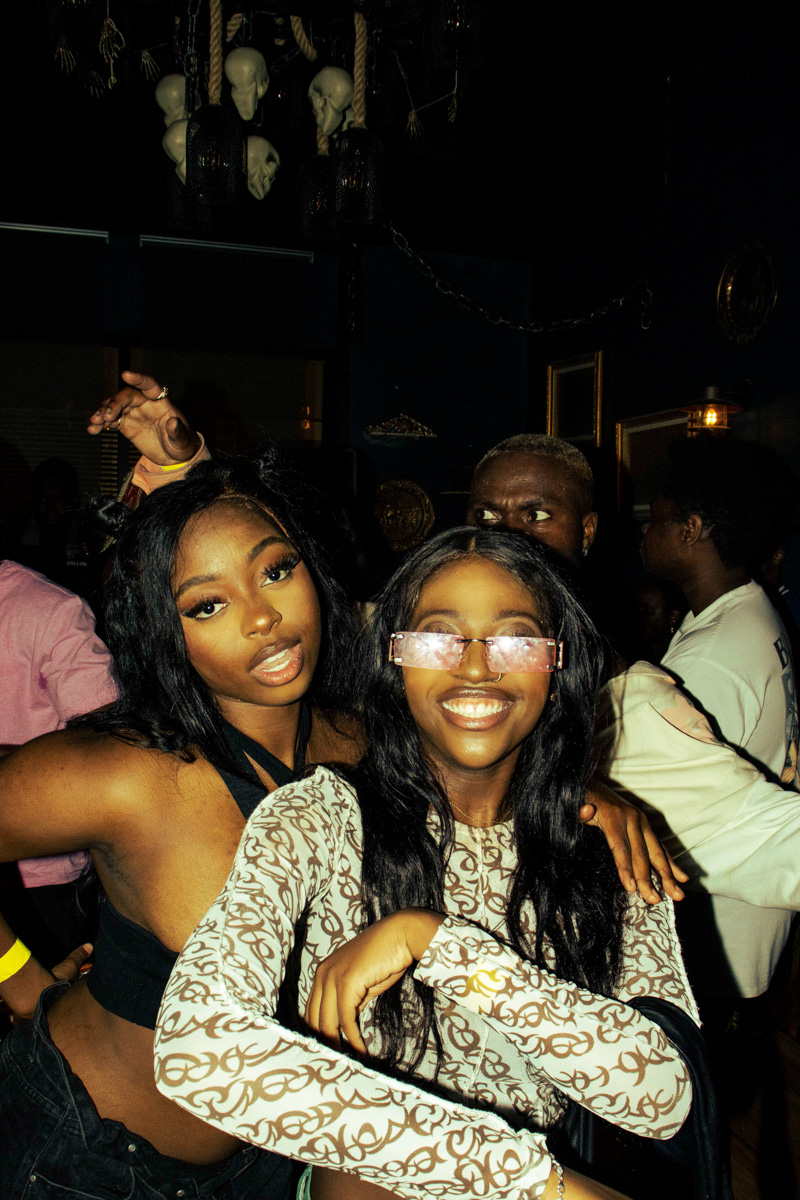 Just as important, though, is their aim of pleasing every ticket-bearing punter.

“Our goal isn’t solely for profit. It’s to leave people with that impression of you came out, you had a good time,” Jefferson says.

“And what really made us happy was, after the last event, the next day, we were getting messages: ‘Thank you so much for this’.

“And this morning, I went for a drive with one of my friends, we went to Windy Point. We were just going to the lookout, and we ran into some Africans there – I don’t know them. The girl looks at me and is like, ‘You’re the SV’s guy… I was there at the last one. It was so good. I’m bringing all of [my friends]. We’ve already got our tickets’. She’s like, ‘Thank you so much for doing this’.

“That’s what we want. It really warms our heart.”

Keep up to date with SV’s date announcements by following the Instagram page. Purchase a ticket to this week’s event here. 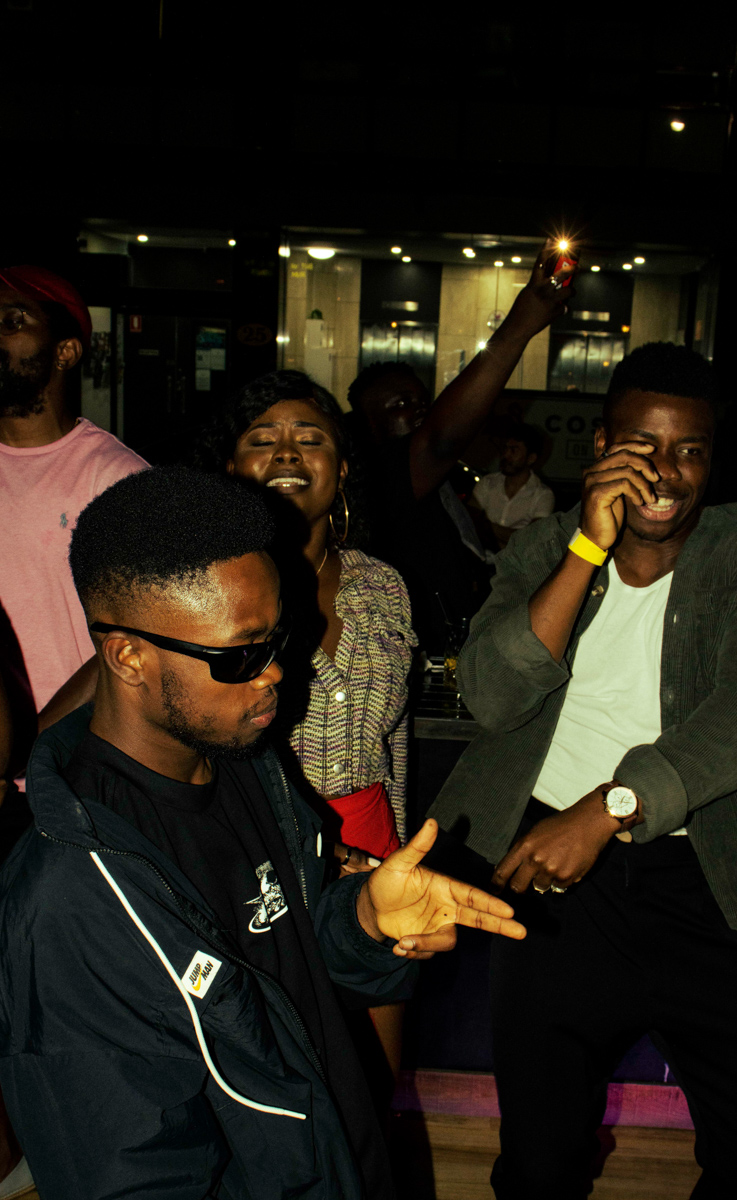 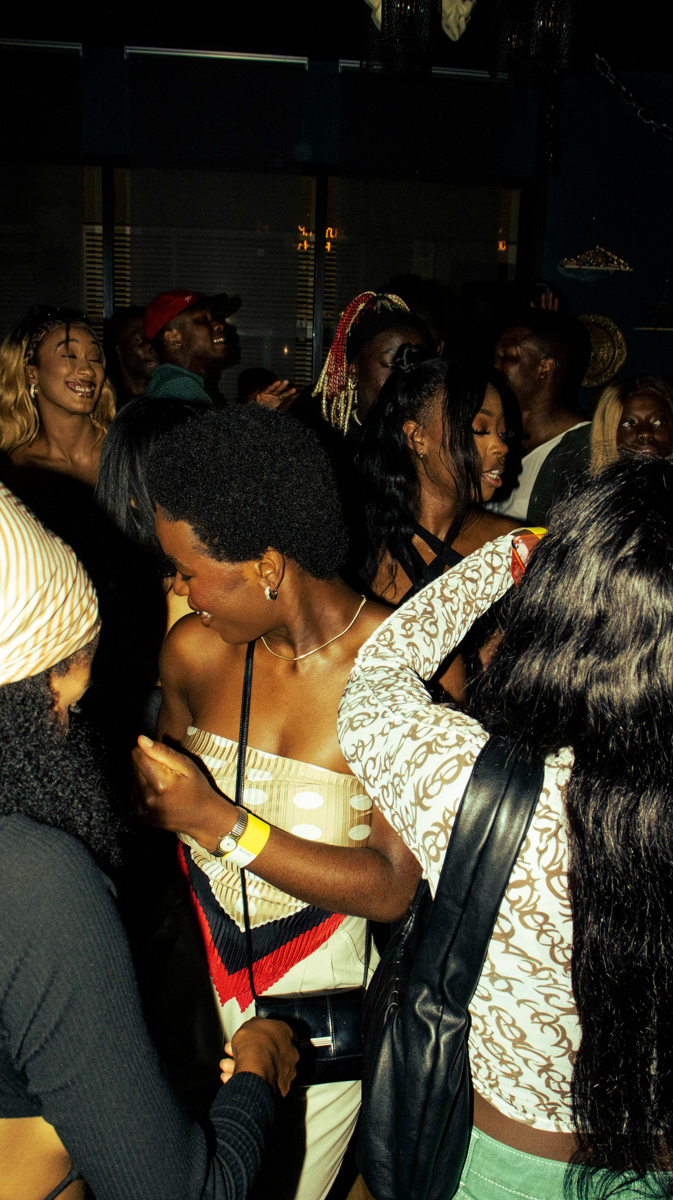