A convenient, Japanese-inspired coffee and snack stop for your railway commute.

Mornings Coffee, which first opened at Malt & Juniper on Peel Street and recently opened inside Hindley Street bar and restaurant Stem, has launched its third frontage inside the Adelaide Railway Station, with a slightly altered concept – Mornings Konbini.

Owner Jason Barber modelled the concept on the convenience stores he’d experienced while travelling through Japan for work.

Mornings Konbini will open for a couple of hours on Saturdays once the vending machine has been installed.

“There are just convenience stores everywhere with these delicious sandwiches and other things readily available that we don’t have here. It’s obviously very popular there, and it’s something, if you travel to Japan, you long for again,” he says.

At launch, Mornings Konbini will serve the Sublime coffee its made its name on (poured from a three-group Sanremo Cafe Racer), as well as cakes from Hindley Street cheesecake shop, Mr Cheese, and a range of Japanese snacks like Pocky, Hello Panda, Cup Noodles and tamago sandos (Japanese egg sandwiches).

Mornings Konbini’s offering will continue to expand in the coming weeks with the addition of a vending machine, slotted next to the store’s hole-in-the-wall service space, that will stock the onigiri, sandwiches, Lay’s chips in “all the crazy flavours they have,” and Japanese stationery.

The vending machine will also stock Jason’s soon-to-be-released line of flavoured almond milk, made by Jason using South Australian products as the source of its flavours. Jason has been using his own house-made almond milk at the original Mornings locations for some time.

The almond milk is still in the product design phase, and due to logistical issues the Mornings Konbini vending machine is still a couple of weeks away.

In a high-traffic commuter thoroughfare such as the Adelaide Railway Station, convenience is the main game, and Mornings Konbini has signed up with Skip, an app that lets city workers preorder their morning coffee while still en route to the station, or, because of the shop’s 6pm closing time, as they head to the station for their homeward journey.

Jason’s long-term plan is to place Mornings Konbini vending machines throughout the city, to offer the Adelaide public a trusted and convenient source of snacks.

“Then if you’re spending a late night on Bank Street or something like that, or if the train station’s still open, there’ll always be something there to snack on,” Jason says. 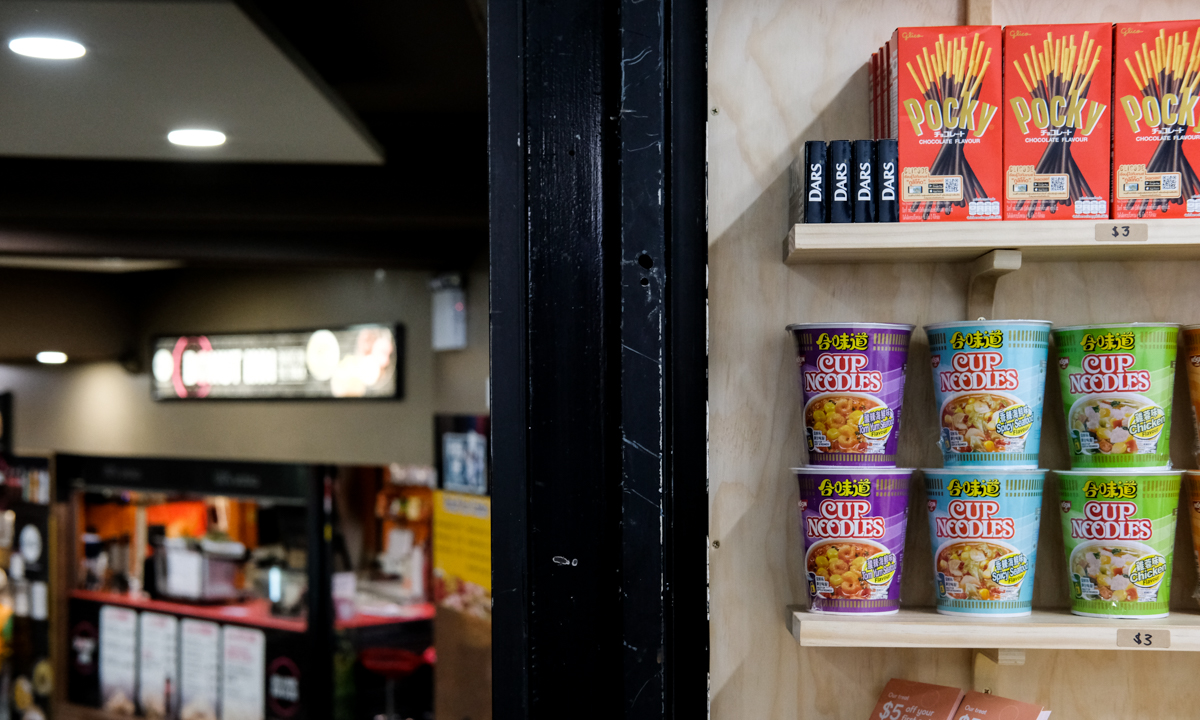 Mornings Konbini is one of five new businesses opened up in the corridor leading from North Terrace into the bowels of the Adelaide Railway Station, with Elementary Coffee opening up last week, Topham Mall juicery Coco Jumbo and glamour bar Everyday Women opening this week, and bubble tea shop BIT opening up soon.

These businesses join the Donut Inn and Platform 10 in the now highly competitive Adelaide Railway Station café corridor, all of whom will be accompanied by the impending $6m Skycity-owned restaurant and bar, The Guardsman, when it opens later this year.