Adelaide winemaker and booze darling Con-Greg Grigoriou has released a South Australian bitter aperitif "handmade with a lot of love and honesty," taking on the mass-produced giants Campari and Aperol. 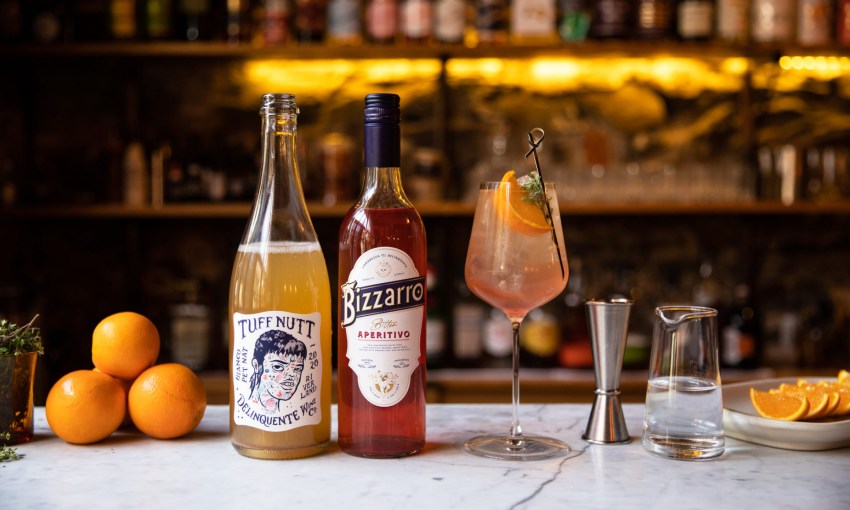 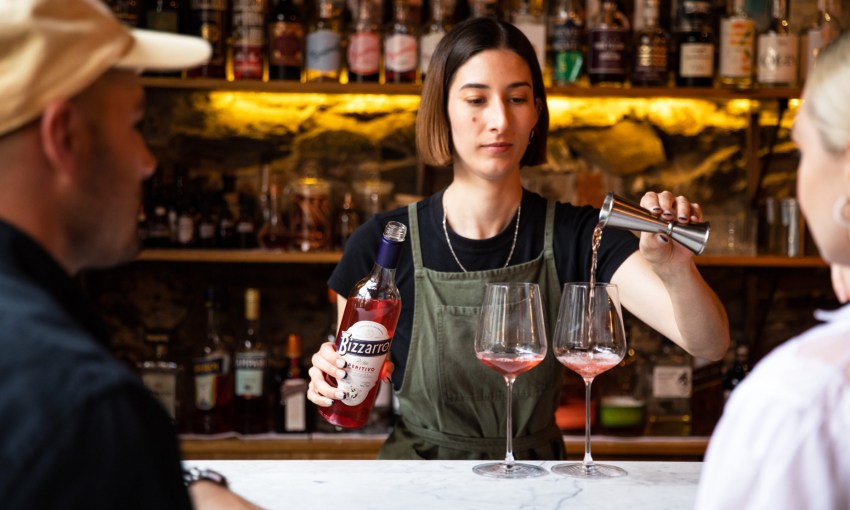 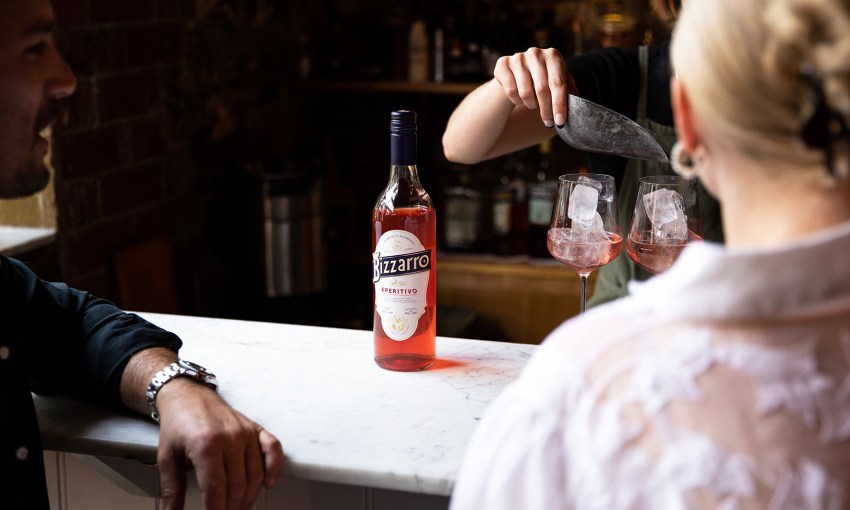 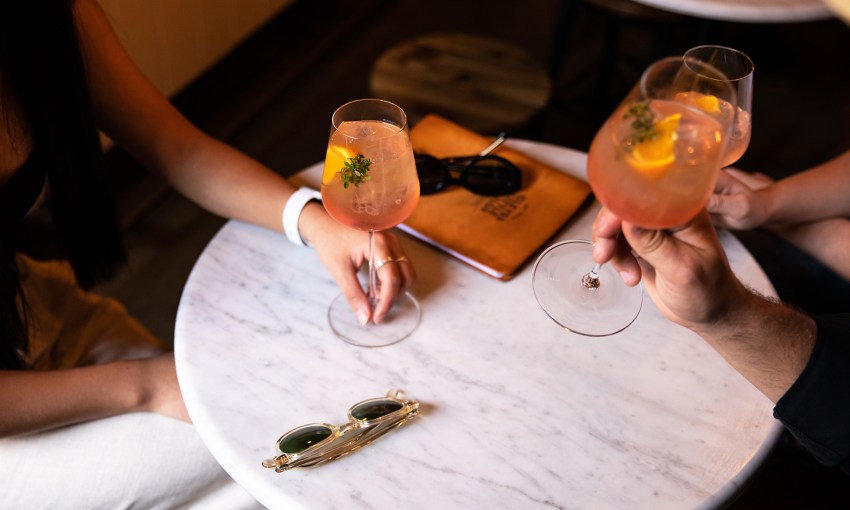 Bizzarro Bitter Aperitivo is the recently unveiled all-natural aperitif made by alcohol experts and family duo Kayla Grigoriou of Needle and Pin Spirits and Con-Greg Grigoriou of Delinquente Wine Co.

Available for purchase online or IRL at select bottle shops.

Its foundation is vermentino wine, steeped in rinds and peels of Riverland lemons and oranges and distilled with gentian and rhubarb root to boost bitterness.

Aromatic spices like coriander seed and cinnamon round out the drink’s profile.

Con-Greg tells CityMag “it’s essentially a lot of citrus” with a slightly sweet character. But the trick was not making it too sweet, like other bitter liqueurs on the market.

“In my opinion anyway, Aperol is pretty disgusting and sweet, and Campari can be a bit sort of hectic for a lot of people,” he says.

“There wasn’t anything that was representative of local produce or more in tune with the style of drinks that we make and the customers that we have. It was just an opportunity to have a crack ourselves.”

Con-Greg wanted to make his own aperitif for years, but only began workshopping the idea with his sister, Kayla, in the last 12 months.

Kayla is a distiller and bartender with a history in cocktail competitions, meaning her robust palate was invaluable to Bizzarro’s invention.

The trick was keeping Bizzarro’s bitterness restrained so the aperitif didn’t need to be counterbalanced with a lot of sugar.

According to calorie-counting website My Fitness Pal, Campari has 8g of sugar per ounce.

Extrapolate that to 750ml (roughly 25 fluid ounces) and that’s around 200g of sugar – an enamel-shattering amount in comparison to Bizzarro.

“The idea is that you can drink more of it without worrying about consuming buttloads of sugar [because] sugar in alcoholic drinks is what gives you pretty shitty hangovers – it dehydrates the hell out of you and makes you feel pretty crook the next day,” Con-Greg says.

“So, by reducing the amount of sugar, we have a drink that we feel is lovely and dry and herbaceous, but also carries that through in a nice way.” 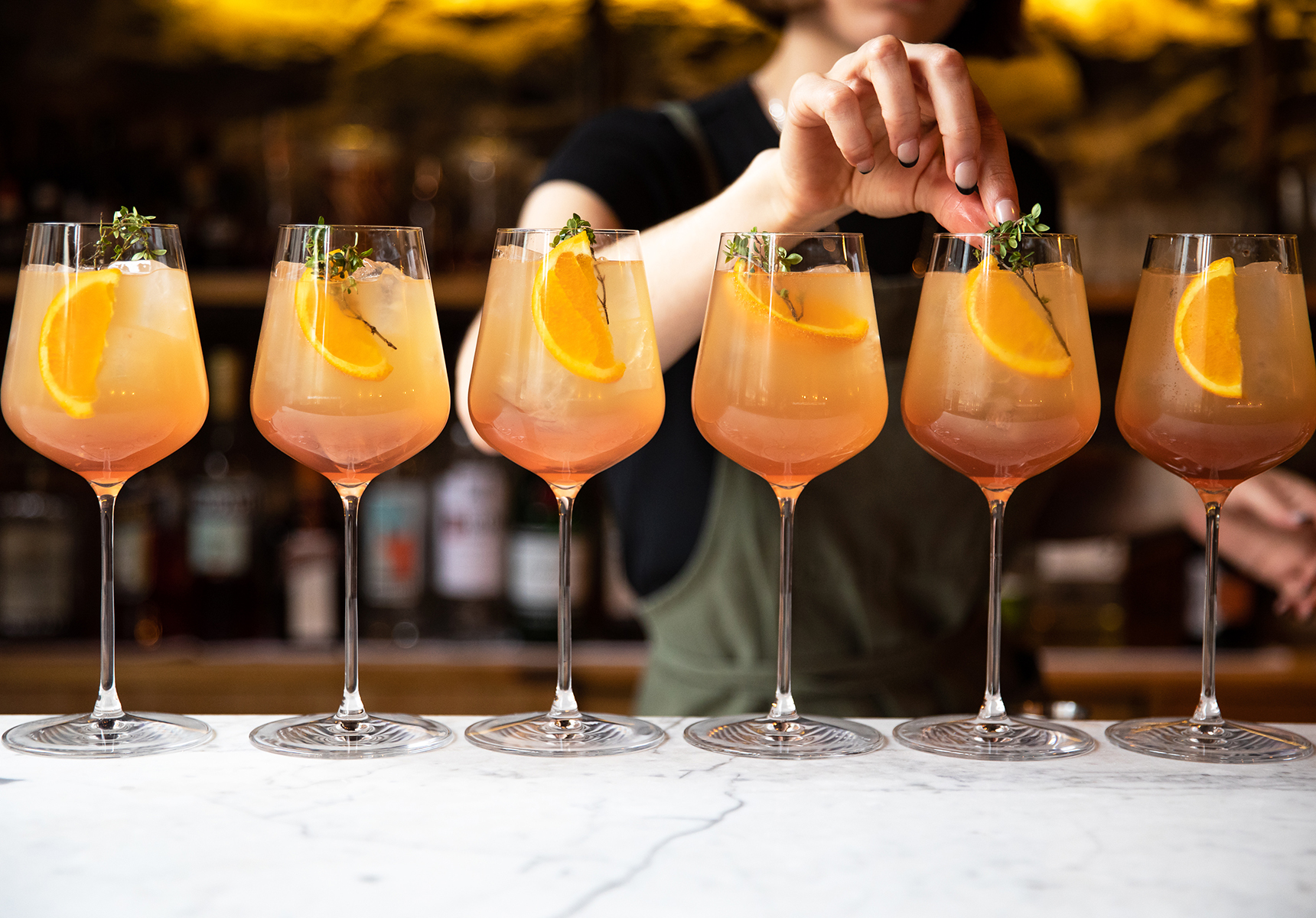 Con-Greg and Kayla will be doing thousand-litre runs of Bizzarro, which is available purchase via the Delinquente Wine Co. website, with free delivery Australia-wide.

The label art was designed by Jason Koen, who flipped the traditional Amaro aesthetic on its head by styling a pair of conjoined cherubs floating beneath traditional lettering and laurel wreaths.

Con-Greg says this is representative of the product: a modern take on an Italian classic.

However, the seasoned winemaker doesn’t stray too far from the tried and tested in Bizzarro’s application, suggesting we best enjoy the drop in a classic spritz made with a natural sparkling wine.

“There’s a natural vitality and freshness that pet nat has, and really Bizzarro was made for pet nat,” he says.

“If Campari or Aperol is the mass-produced commercial drink that is made into a spritzer with mass-produced Prosecco, then we’re going to make something that’s handmade with a lot of love and honesty and local ingredients.”