American BBQ collective Low & Slow is returning to its CBD stomping ground, this time in a bricks-and-mortar shop that has quietly started trading this week, ahead of its official launch on Monday, 16 March.

With the announcement of Pink Moon Deli’s closure coming via Facebook at the beginning of December 2019, many a West End office worker worried their weekday lunch options along Leigh Street might have suffered an irreparable loss.

Thankfully, the team at Low & Slow have stepped in to patch the gap, bringing their own tried and true range of woodfired meats and vegetables slapped between bread.

The Low & Slow team have hinted about taking over the space for months, and the window finally drew open for lunch on Wednesday, 12 March.

Low & Slow Leigh Street has soft launched this week, running with a slightly shorter menu, but the full launch will happen on Monday, 16 March.

“Just thinking about it like we did with the truck – come in, have a big old lineup, and have everyone come and get pulled pork and a brisket sambo,” says chef Keven Stockmann.

“No booze or anything like that, so it really does feel like we’re in the truck again. Except I’m not smashing my head on the top of the caravan.”

The current menu offers four sandwich options: chicken, brisket, or pulled pork on brioche, or charred leek on sourdough (all $10-$13), as well as a range of sides: apple slaw, potato salad, mac and cheese, and fennel and kohlrabi salad ($3.50 a piece).

There will be a rotating salad option each week (this week’s is the fennel and kohlrabi), and there will be another two rye bread sandwiches added to the full menu next week.

For dessert, there is an Oreo cheesecake, and the booze-free drinks list is kept short and decidedly North American: Doctor Pepper, Canada Dry, A&W Root Beer, and glass-bottle cokes. 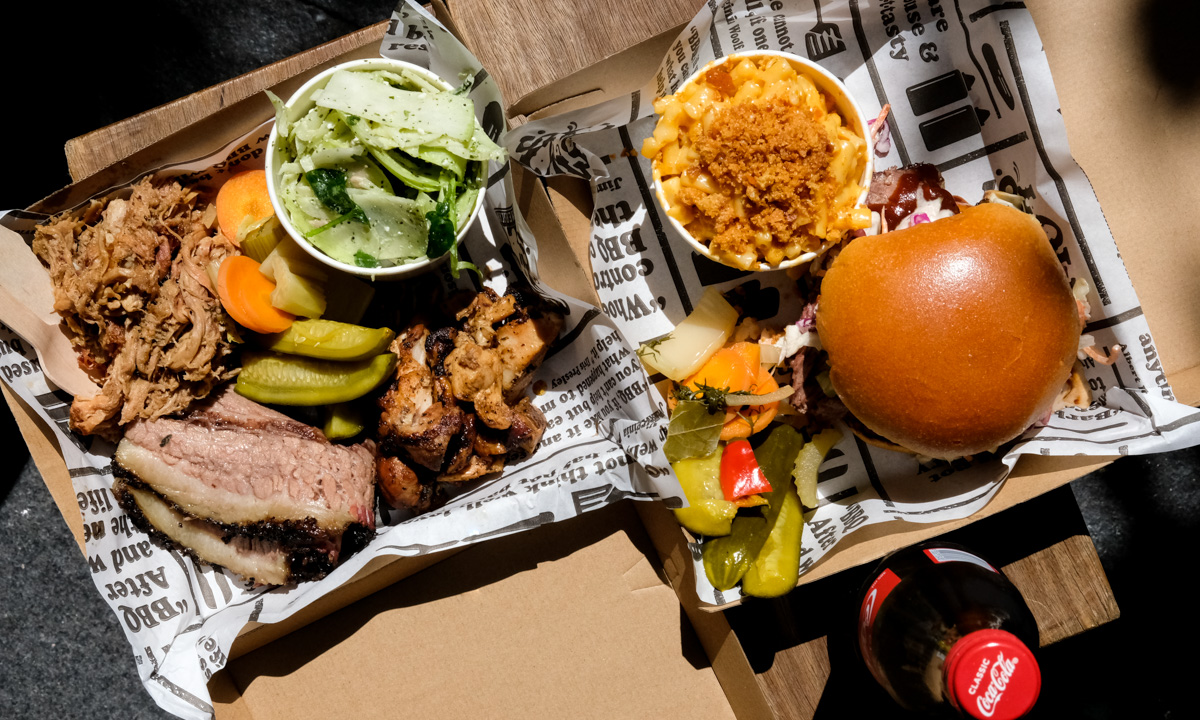 Both in size and offering, the frontage is a throwback to Low & Slow’s food truck beginnings, in 2013, where they first found a market in the CBD for their brisket and pulled pork sandwiches.

Low & Slow launched as a restaurant in the Port in 2015, and while co-founder Angus Kiley says they have no interest in replicating what they’ve achieved at the Port shop elsewhere, it felt like the right time to expand.

“We had our fourth birthday recently. We feel like we hit our stride a while ago, because we’ve been open that long, and we’ve just been trying to maintain it and keep the product good and stay busy,” Angus says.

“I’ve definitely kept an eye out on what’s available. But we’re really good friends with (Pink Moon owners) Marshall [King] and Josh [Baker] and Crispo [Fielke]. We’re in cahoots with them at the pub. So we just started talking about this space, and an idea came and it got a bit more serious.

“I knew the market at least used to be there. I’m hoping it’s still here.”

Low & Slow Leigh Street is located at 17A Leigh Street and opens Monday to Friday from 11:30am ’til 3pm-ish, or sold out. 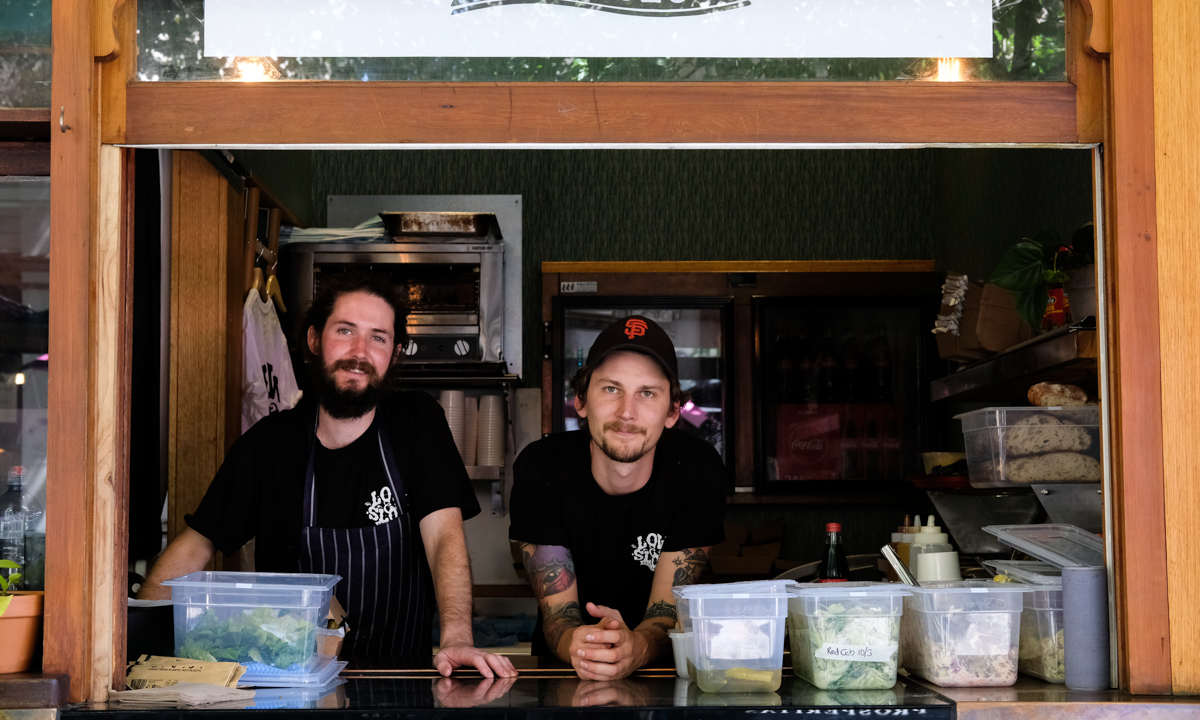