Every Friday night throughout the Adelaide Fringe, Quality Noods will be serving up bowls of ramen at natural wine venue LOC Bottle Bar. 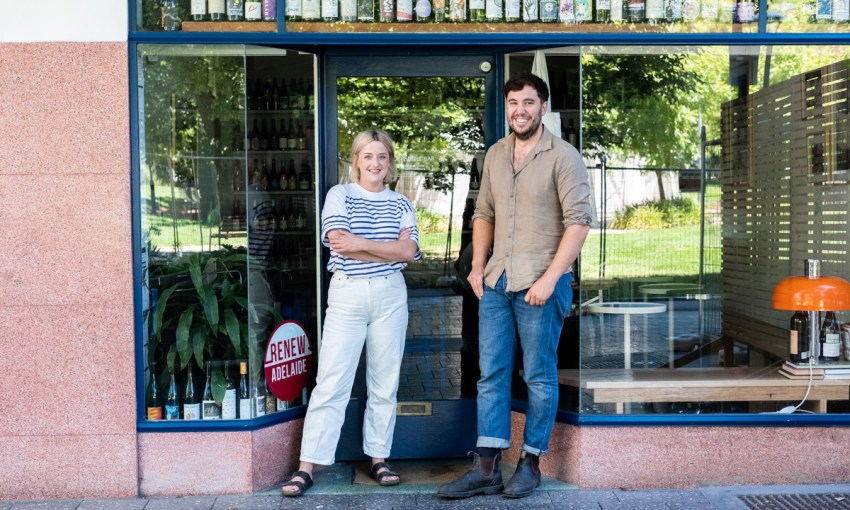 It’s been about a week since chef and noodle connoisseur Justin Healy finished up his farming job at The Dairyman in the Barossa.

With the extra sleep he’s now able to get, he’s putting additional effort into his ramen pop-up Quality Noods, which has been running at The Exeter since August last year.

The pop-up at the pub will be going weekly soon, and Justin has also teamed up with Olivia Moore at LOC Bottle Bar on Hindmarsh Square to serve up ramen bowls every Friday night during Fringe.

“Because our menu’s very snack-based, and I’ve always wanted to experiment,” Olivia says.

“With the popularity so far of Quality Noods, who knows how it will turn out, but the idea is it will be: come in [for some ramen], have a couple of glasses, go see a show, and then we’ll keep rolling and when it’s done, it’s done.”

The idea came through a mutual friend of Justin and Olivia, Brendon Keys, founder of BK Wines. Olivia knows BK through her work in the wine world, and Justin has been speaking with the maker about using his vermouth in a ramen recipe.

While Olivia, Justin and BK were at LOC one night, the three figured a partnership during Fringe would make perfect sense for the bar’s clientele.

“Here will be a very good way to express some really good producers,” Justin says.

“Small bowls, so they’ll probably be three-quarters the size of the bowls that I do at the pub… a quick little bite to eat, nothing too crazy that’s going to knock you out for the rest of the night, which sometimes it does do at the pub. They can be quite filling. Something light and easy.”

“I can just see it working with a wine bar-type offering,” Olivia says.

Unlike Quality Noods’ Exeter pop-up, the LOC collaboration will not have bookings. The ramen menu will be available to anyone who turns up.

Diners can scan a QR code to access the menu, and select from a meat or vegan ramen dish.

There menu will always have both options, but will rotate through a couple of recipes week on week.

Olivia will curate a few additional wines by the glass for each dish – a red, white and bubbles – which she hopes will encourage people to have a more casual encounter with the bar before heading onto a Fringe or Festival show.

It will also give her the opportunity to share some exciting bottles of wine with her guests.

“I want to make it as easy as possible for people,” she says.

“Buying by the bottle is what people tend to do here, and I think that will shift for this [pop-up], which just gives us another opportunity to say, ‘Hey, this is really cool,’ and know I can open a couple of fun things for people to try.’”

The Spiegeltent has set up a short distance from LOC, making the bar a convenient quick dinner spot before a show.

“I, whenever I go to Fringe, don’t really pre-book an awful lot,” Olivia says.

“I figure out what’s out on the day, and because this is kind of like a thoroughfare, on the thoroughfare to where the majority of Fringe is, and the Spiegeltent’s just there, I hope [people will think] ‘We can risk it and then head straight there.’ There’s no stress, no pressure.”

Quality Noods will pop-up at LOC Bottle Bar every Friday throughout Fringe, starting Friday, 19 February. Get in early to ensure you get your noods fix.