You read that right – 12,000 new Hazy IPAs will be released this month at Little Bang. 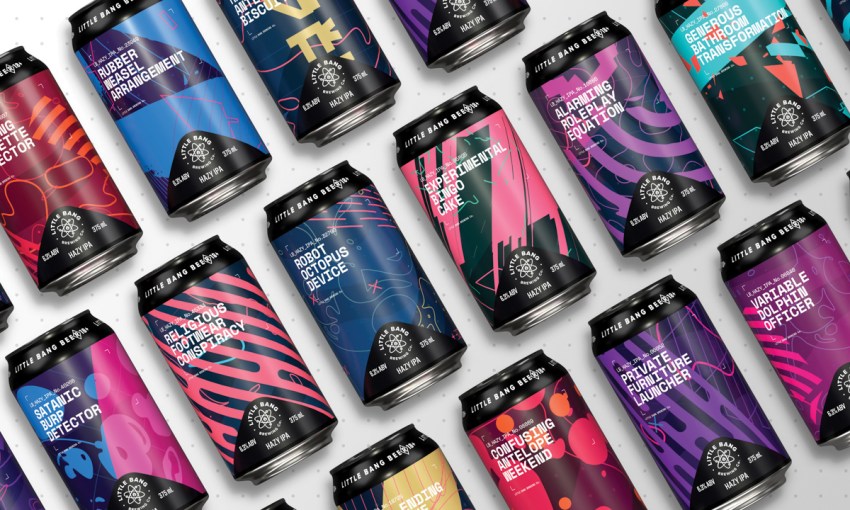 Throughout the ordeal that has been the last nine months, it has been the little things in life that have comforted Little Bang co-founder Ryan Davidson.

Restrictions come and restrictions go, and then come back again, but amidst the chaos Ryan found a sense of security in the knowledge that that every week – rain, hail or aborted lockdown – there would always be a new can of hazy IPA on offer at the bottle-o.

“I’m genuinely into the idea now that 2020, being the monster that it’s being, we’re all feeling a little if not isolated at least a little weirded out,” Ryan tells us.

“In amongst this turmoil and this abstraction and this weirdness, one thing we could rely on is that there would be at least half a dozen new Hazy IPAs released next week.

Hazy IPAs are essentially regular IPAs that have not gone through an intense filtration process to produce a clear beer.

Some brewers argue hazier beers carry more flavour and are more representative of the ingredients that go into the end product. Others say we’ve spent hundreds of years learning how to create a perfectly crystal-clear beer, and question the choice to make a murkier product the sake of style.

Little Bang co-founder Filip Kemp is in the latter camp, but he enjoys producing the style, because, regardless of the debate, consumers love them.

“It does reduce shelf life, but it does give you this huge benefit of so much more potential complexity on the palate that you can play with,” Ryan explains.

“So it absolutely plays into the hands of little breweries producing small batches to be drunk extremely fresh, hopefully from someone local.

“That’s where this beer absolutely shines and where the craft breweries really have a leg up on the big guys.”

Little Bang has released some Hazy styles previously – the Undercover Fashion Police and sNEIPA series are both examples.

But for this new edition, the Little Bang Hazy IPA, the Little Bang team wanted to offer as many people as possible that beautiful moment of serene comfort that comes from turning up to a bottle shop and seeing a new range of Hazy IPAs on the shelf.

Being Little Bang, they wanted to take this concept as far as they could, and so have announced they will release 12,000 individual new Hazy IPAs all at once.

This ridiculous feat is possible thanks to some printing technology made available to them by Peacock Design & Print, that company that prints Little Bang’s can labels.

This technology has allowed Little Bang to design an algorithm that will create 75,000 or so individual beer names, and iterating artwork, meaning that no two cans of this Little Bang Hazy IPA will have the same name or artwork.

“Have a brand-new Hazy IPA that is just yours. You are the only person who will every Instagram this beer. Have at it. Congratulations, you’ve made it through 2020, you know?”

This is the same technology that has allowed Little Bang to release iterating beer labels previously, such as the Geezer Pleaser, which has a tab that prints red, white and blue, and Exoplanet, which had six label versions. 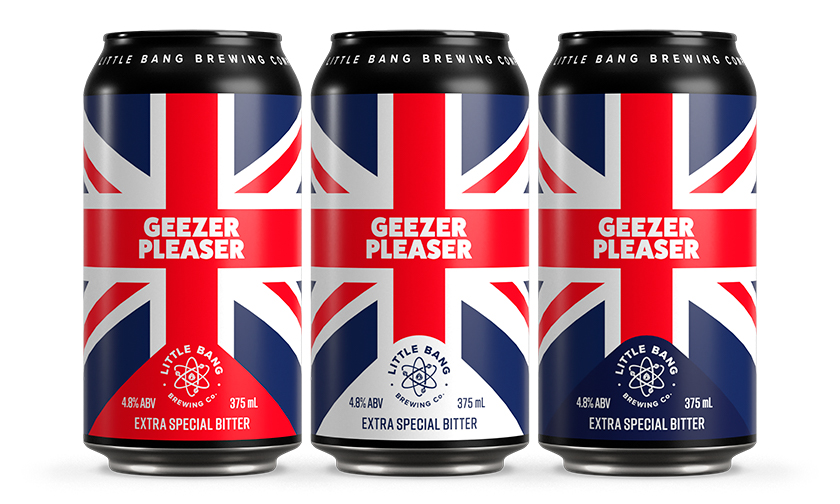 The 12,000 beers idea has been in development for 18 months, with Ryan working on three lists of words that could jumble together to make cogent beer names.

“It’s a little bit like that game Cards Against Humanity. It’s a careful selection and a lot of manual iteration,” Ryan says.

“But fortunately, I have a puerile sense of humour and it was mainly me lying in bed, fiddling with it on my phone until my wife got annoyed at me giggling: ‘Hurhurhur, another bum joke. This one’s got Jesus in it.’”

Some of the names are rude (given Ryan’s puerile sensibilities), but the added benefit, Ryan says, of no two cans having the same name is product recall is a simple process.

The artwork was designed by Matt O’Connor, a long-time Little Bang collaborator, who worked alongside Ryan and Fil at Ratbag Games many years ago.

“Matt O’Connor is not just a designer and not just an artist, but also a serious nerd and actually worked in the very, very often-overlooked and misunderstood world of user interface design,” Ryan says.

“He’s got an extraordinarily subtle eye for what will work in a virtual environment that has got many, many elements that are outside of your immediate control.

“What he’s essentially done is produce very large, abstract, complex artworks that, in whatever way they are manipulated or warped or re-colourised or shaped, they will produce something within each label that will have some balance and will have some pop to it.”

Most importantly though, this variable data project is a beer, and a very delicious Little Bang beer at that.

It uses two hops – Citra and Mosaic – with fruity aromatics, but the beer is much less of a fruit bowl than the brewery’s sNEIPA beers (which use actual fruit). There is bitter heft to the beer, at the same time as being bright on the palate.

The beer has been on pour at the brewery for a little while now – with ‘lorem ipsum’ placeholder text in place of a name.

“Everyone likes it, and it’s pretty much all I’ve been drinking for the last month, so I’m pretty happy with it,” Fil says.

“It’s a bit lighter on the alcohol, making it a bit more sessionable.”

Little Bang’s Hazy IPA will be on shelves in South Australia before Christmas 2020, so you can get your very own once-off Hazy IPA very soon. It will hit shops in other states in early 2021.