Adelaide vs Austria: Who’s got the best natural wine?

In the first edition of Liinaa Berry's Somm Battle, the wine director is pitching her favourite Austrian natural wines against Jay Marinis' favourite Australian living wines. Only the most delicious will prevail. 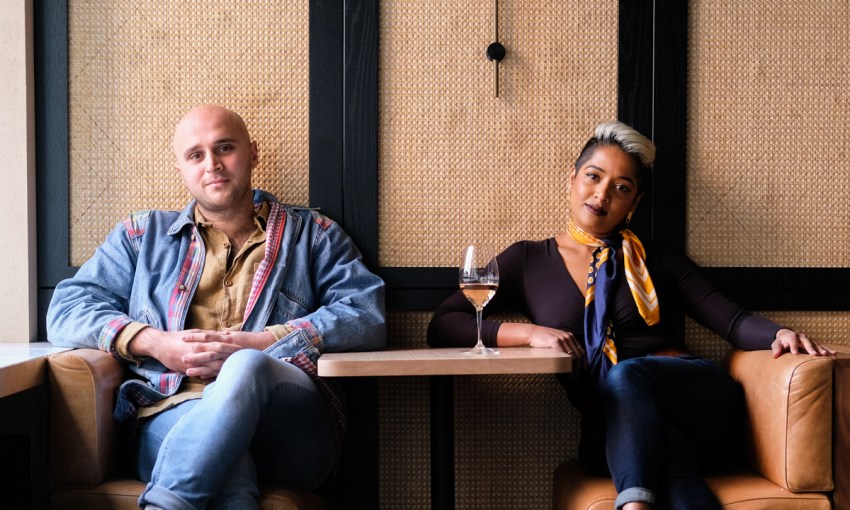 Liinaa Berry, wine director at 2KW, recently returned to Adelaide after a 10-day tour through Austria – her fourth annual visit to one of her favourite wine-producing countries.

Despite South Australia’s current obsession with natural wine (documented locally and internationally), Australia’s commercial wine market has a relatively young history of wines in this style.

In Austria, there is a slightly longer legacy, which Liinaa was reminded of during her trip.

Liinaa took over the wine list at 2KW last year, and in doing so introduced a ‘progressive’ section, sitting alongside the venue’s more classical wines. Among those progressives are the trendier styles, like skin-contact whites and low-addition (AKA ‘natural’) wines.

A restaurant’s wine list is often driven by the demands of the clientele though, and the appetite at 2KW for progressive wines was not as large as she’d imagined.

“It started to get a bit classical,” Liinaa says, but “when I went to Austria I was like ‘Fuck, I miss this! I love this!’ It reignited the passion that I have for those wines.” 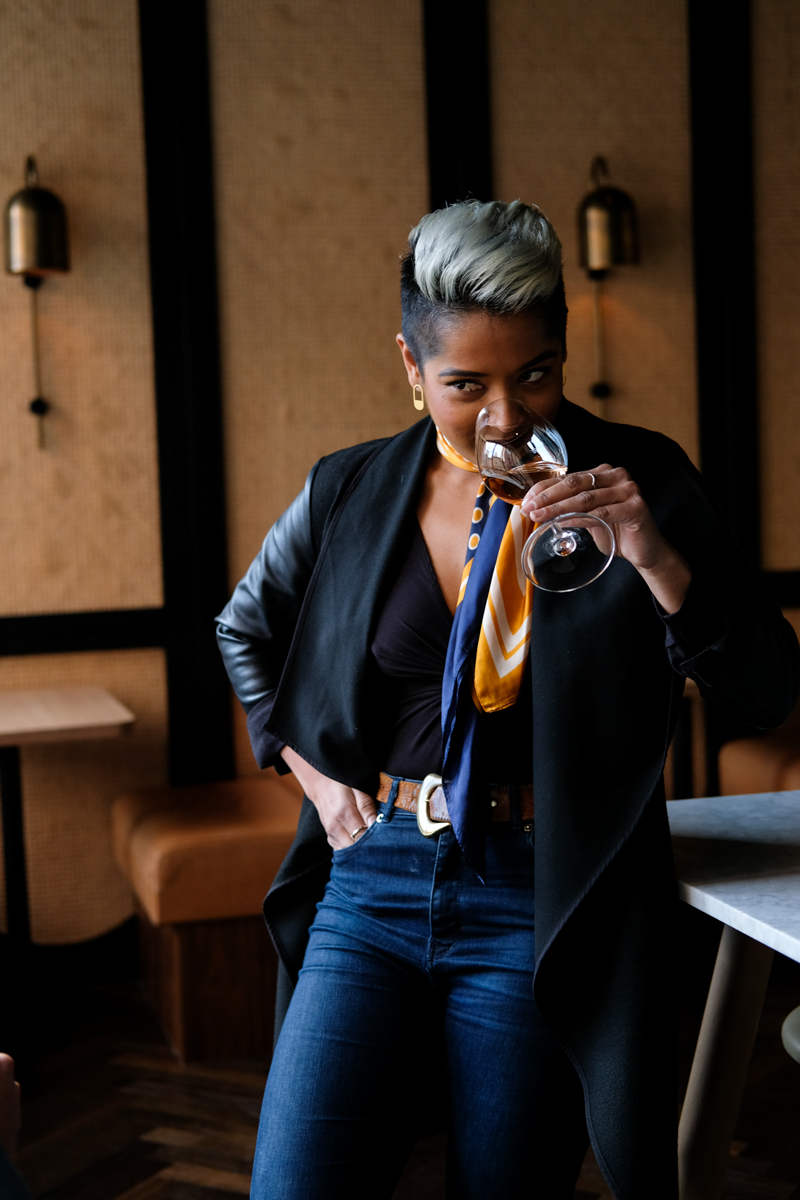 Natural wine has many detractors, and each has a bingo card of well-worn criticisms: wines are unstable, unpredictable, cloudy, ‘funky’, or, worst of all, ‘interesting’ (said with pursed lips).

These are all arguments Liinaa has encountered, but the wines she tasted throughout Austria were indisputable.

“[They] had such structural integrity, beautiful aromatic expression, that I thought to myself, This, if someone was sceptical about natural wine and thought ‘What a load of shit,’ because I can hear some people still think that, this is for them, to be like ‘You have nothing to say now. This is frickin’ delicious,’” she says.

Liinaa decided to bring these wines back to Adelaide, to show people the strength of a natural wine movement with deeper history. But to make it interesting, she wanted to showcase the Austrian wines alongside a batch of locals.

The concept she devised was a Somm Battle, happening at Paloma this Saturday, 20 July from midday.

Liinaa will pour four Austrian wines alongside four from Australia, selected by her chosen somm opponent, Jay Marinis of Son of Dot Drinks. 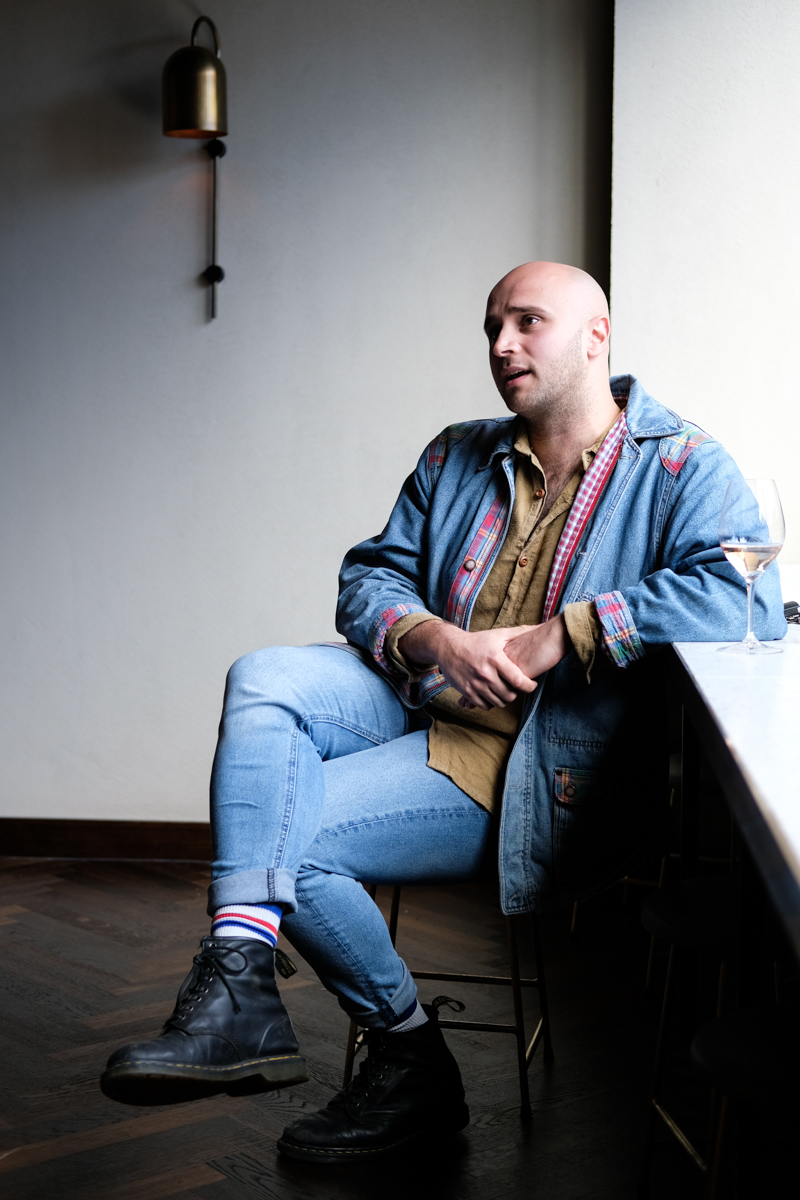 Jay is deeply philosophical about the low-addition wine movement, to the point of rejecting the word ‘natural’ as an appropriate label.

“I think all wine is natural, it comes from the ground, you put it in a bottle, so to call one thing natural and one the other is rather rude,” he says.

“I use the term ‘living wine’ because there is a biome quite literally living within the bottle, it is forever changing. When you add 250-parts sulphur, you encase that wine in amber. You’ve killed anything that’s inside of it.

“And so I like the term living wine, because it speaks of the wine that I distribute. It’s wine that has had no sulphur added to it, or in some cases very small amounts – 10 parts per million.

“But the producers that I work with, they’re all going toward organically farmed, sometimes biodynamically farmed, zero additions whatsoever.”

The Somm Battle will see Liinaa and Jay’s guests drink four brackets of two blind tastings, each paired with small bites, with the final course being a cassoulet. At the end of each course, guests will then be asked to identify which of the two wines is from Austria and which is from Australia, and then vote for the one they preferred.

The winning somm is whoever receives the most preferred votes at the end of the session.

“I thought that would be a really good concept to ignite a lot of conversation around the table, because sometimes when you don’t show the label… people really deconstruct the wine, they really can sit next to it and talk about what they smell and how they taste it… Try to go down memory lane, you know?” 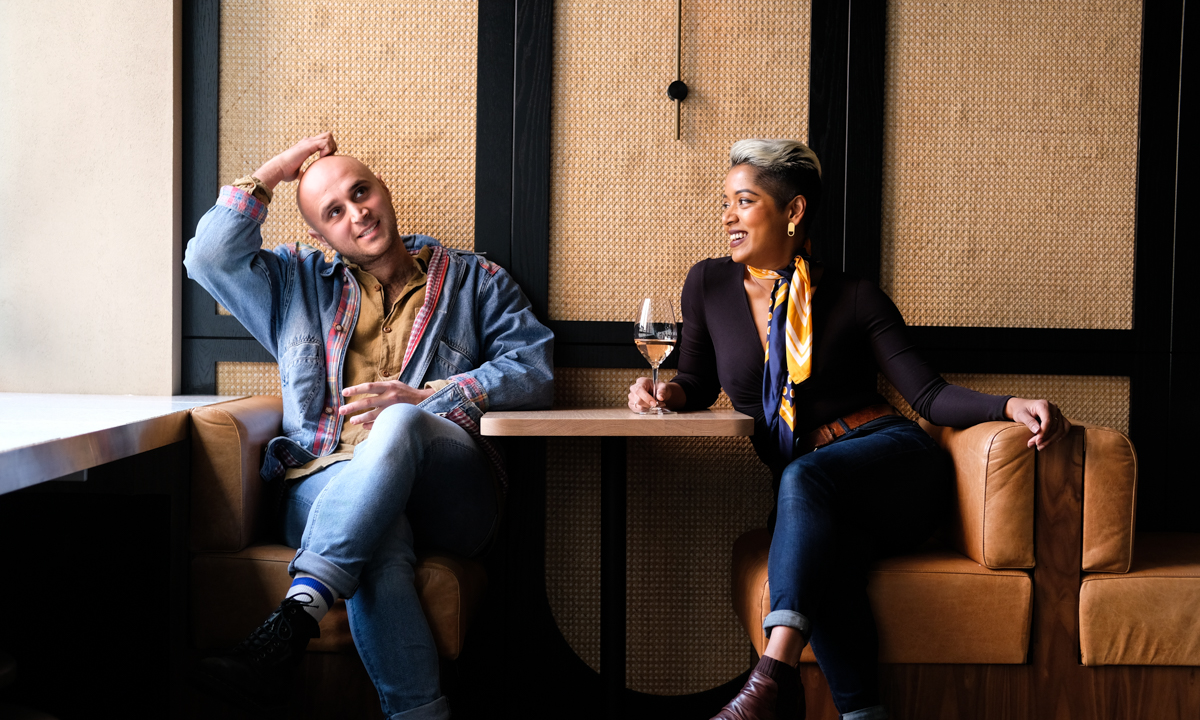 For Jay, the battle pouring from the bottles is just a proxy for the larger cultural war he’s fighting through his influence as a distributor.

“The battle aspect, in my mind, has manifested as talking about ecological footprint,” Jay says.

“I couldn’t possibly care any less what you think about flavour, thats entirely subjective. Do not be mistaken, this conversation is about farming and not what you put in your mouth. My battle is with you, the consumer.”

“[So] my conversation point will be about the wines and how beautiful Austrian wines are – because fuck me they’re beautiful – but it’ll be more about talking to people about, Why are we drinking Austrian wines in Australia? The food-miles are obscene!”

Equal parts celebration, conversation, connection and convivial contention, Liinaa Berry’s inaugural Somm Battle may not settle the natural wine (or ‘living wine’) debate in an afternoon, but you will enjoy a lot of good wine in the process.